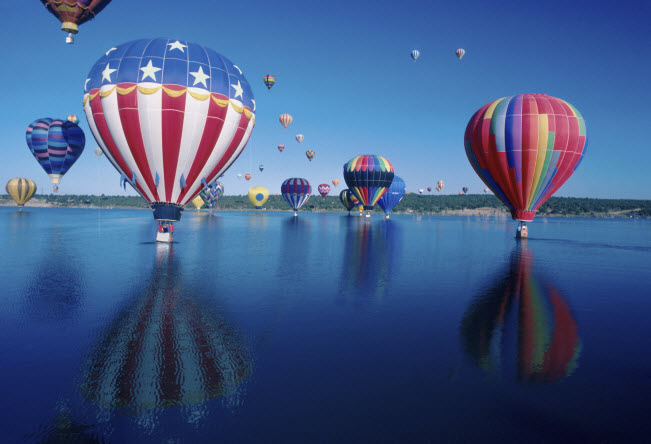 TRAVEL BLOG 5 Must Do USA Festivals For 2015

The USA continues to be one of the most popular holiday destinations for Australians, and in a place where there’s a festival or event to show case most anything, you are sure to find an occasion of interest in which to centre an entire holiday.

As the New Year kicks off, so does the wide array of calendar events being held around the United States. From every region to every season, that sense of simpatico and celebratory spirit is what makes travel so invigorating. Let’s have a look at just some of the USA’s most talked about festivals and events.

Mendocino Crab, Wine and Beer Festival: 16 - 25 January
Sonoma, California
Recognised as one of America’s top 10 food and wine festivals, this event offers everything from all-you-can-eat crab feeds, crab bake offs and crab cruises to cooking classes and wine tastings. Area restaurants and local inns all get into the spirit with specials for visitors. If that isn’t enough, the beautiful natural scenery of the county makes for the ideal outdoor adventure holiday or sightseeing tour. 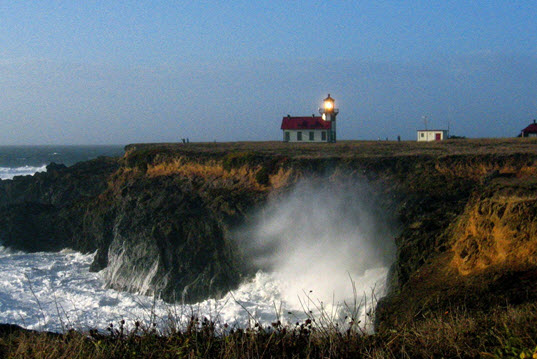 Modernism Week: 12 - 22 February
Palm Springs, California
This annual event showcases one of the most beguiling architectural trends of the mid twentieth century - the modernism movement in home living. Perhaps no place better reflects the chic 1950s glamour of modern, sophisticated home design than Palm Springs. Take a fascinating walking tour highlighting the “Golden Era Hollywood Homes” or stroll through the once swinging neighbourhoods of the Rat Pack and titans of fashion and industry. 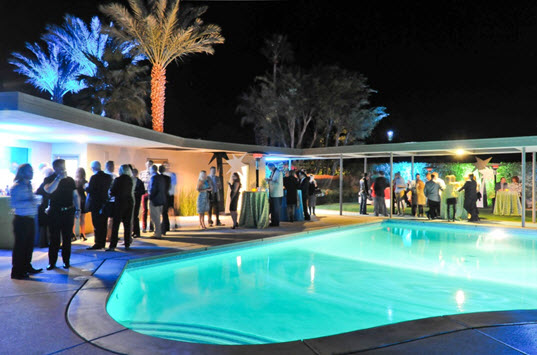 Stroll through the once swinging neighbourhoods of the Rat Pack and stop in at Sinatra House during Modernism Week. © David A. Lee

2015 Cherry Blossom Festival: 20 March - 12 April
Washington D.C.
Nothing celebrates the warm embrace of spring quite like the national Cherry Blossom Festival. Stroll along Washington’s beautiful tidal basin as you enjoy the interspersing view of imposing national monuments and the blossoming array of cherry trees swathed in their bright pink blossoms. Events include a Blossom Kite Festival, the Waterfront Fireworks and much more. It all culminates with the colourful Cherry Blossom Parade down Constitution Avenue on 11 April. 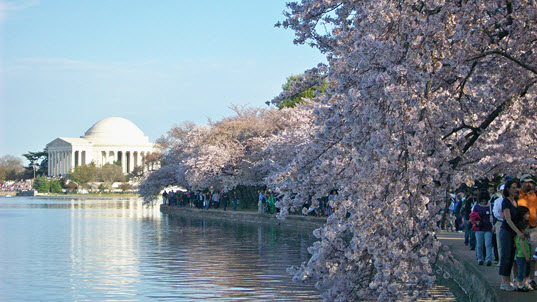 Japan's not the only place to view cherry blossoms in Spring as seen here in Washington D.C. during the Cherry Blossom Festival.

Chicago Jazz Festival: 28 - 31 August
Chicago, Illinois
Formed in the mid-1970s to honour legendary jazz artist Duke Ellington, the Chicago Jazz Festival is an uplifting affair set within the heart of America’s greatest jazz city. Held in Chicago’s Millennium Park, one of the country’s most beautiful outdoor concert venues, the festival offers a diverse range of jazz sounds, from modern to traditional. The music continues after dark when many of the great jazz bars around the city feature late night jamming sessions with some of the festival’s featured artists. 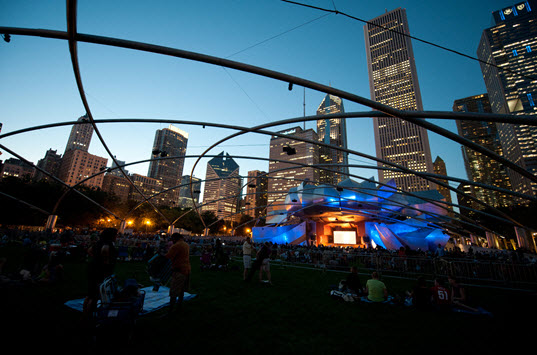 The Chicago Jazz Festival is held in Chicago’s Millennium Park, one of the country’s most beautiful outdoor concert venues. © City of Chicago

Balloon Fiesta: 3 - 11 October
Albuquerque, New Mexico
A festival with a “flare” for the dramatic, the Albuquerque International Balloon Fiesta is a sight to behold. Watch as the sky becomes filled with the decorative, brightly coloured hot air balloons as they drift elegantly across the landscape. Marvel at the “mass ascension” where countless numbers of the massive balloons lift off in two waves. Enjoy the night time balloon glow, where the stationary balloons decorate the dark sky before a brilliant fireworks display flashes overhead. The festival also features music entertainment, art fairs and photo contests for four days of fun in the beautiful New Mexico countryside.

Marvel at the “mass ascension” where countless numbers of the massive balloons lift off at the Balloon Fiesta in New Mexico.

Word of Mouth: A Cook Islands Food Experience Unlike Any Other

Taking on the Big Apple from above

Why you should visit Christmas Island
23 January 2020
Australia