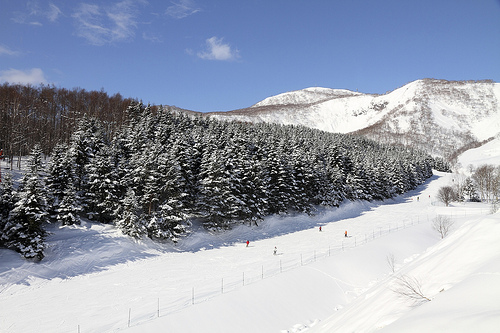 TRAVEL BLOG An expert's guide to skiing in Japan

An expert's guide to skiing in Japan

For some lucky Australians, a ski holiday comes around every year. For most, however, it’s a once-in-a-blue-moon or even once-in-a-lifetime holiday. As such, the number one phrase you don’t want to hear when you're finally on your well-earned ski holiday is “normally the snow this time of year is really good”. To ensure good quality snow and skiing conditions, more and more Australians are heading to Japan for a holiday that offers world class skiing as well as unique cultural experiences.  Here, Anthony Lee from Yee & Turner Travel Associates shares his tips and tricks for the ultimate ski getaway.

Deciding on a ski holiday to Japan is the easy part. Deciding where to go, particularly if you are travelling in a group, is a lot harder. Not only is organising a group of friends or family a nightmare at the best of times, but when it comes to skiing, there are a range of requirements to consider. Beginners need gentle runs, advanced skiers want steep demanding slopes or even off-piste tree skiing while snow boarders don’t like long flat ski runs. Personal preferences may also need to come into play since some skiers don’t like walking far in their ski boots from their accommodation, while for other travelers, immersing themselves within the local culture or the ability to communicate in English may be important. Needless to say, selecting the right ski resort can be as difficult as skiing a black mogul run with foggy goggles on an icy day.

For skiing in Japan, the two main resorts that Australians are travelling to are Niseko on the Northern Island of Hokkaido and Hakuba in the central area of Nagano near Tokyo. Both are relatively easy to travel to from Australia and can be accessed door to door in the same day if combined with the right plane connections and transfer. But what are the main differences between the two?

Both resorts have very good snow quality relative to Australia and even to other parts of the world like Europe. The snow though in Niseko is lighter and fluffier than Hakuba and there is a better chance of having great powder snow there.

Good accommodation generally won’t make the holiday but poor accommodation can indeed break it. In Niseko the accommodation is generally of a higher standard and is more abundant while accommodation in Hakuba, in my experience, can be a little dated. The main village of Niseko Hirafu is reasonably compact and a ski-in ski-out stay is possible in some areas. If this isn’t the case then it isn’t too far to the ski lifts by foot. In Hakuba there are only a couple of locations that are ski-in ski-out while in other areas it’s necessary to take buses to the lifts via a central bus depot which can be bothersome.

Fantastical landscape: Skiing With Monsters In Japan
Away from the slopes: The Wonders Of Japan
Snow fun closer to home: First-Time Skiing In Falls Creek

As far as navigation goes, Niseko also has its advantages with comprehensive ski runs and lifts while the Hakuba ski area, albeit much bigger than Niseko, is somewhat disjointed. To go from one area to another at Hakuba means taking a bus, but I wouldn’t rate this as a big problem if you are a beginner as each ski area is bound to keep you busy for days. Advanced skiers or boarders however may get bored of the one mountain at Hakuba pretty quickly. Both Niseko and Hakuba have off-piste possibilities which may suit advanced skiers or boarders.

Both locations have many restaurants including traditional Japanese Izakayas. The food on the mountain at both resorts is delicious and far cheaper than in Australia. For example, a sumptuous crab ramen (soup) costs around $10 AUD.

Both resorts have been westernized due to their popularity. In my view though, it’s possible to get a better Japanese cultural experience in Hakuba whereas Niseko is now an Australian enclave. If you really prefer to make your ski holiday a cultural one as well, then I would advise you head to one of the other smaller resorts instead or even come back in summer.

Anthony Lee is a consultant at Yee & Turner Travel Associates in Brisbane. Having snowboarded many times in Austria, Switzerland, France, USA, Japan and Australia, ski holidays are one of his areas of expertise. 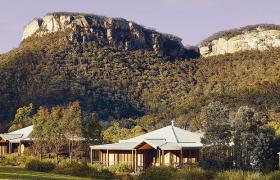 New South Wales, it's time for a State-cation
29 May 2020
Australia 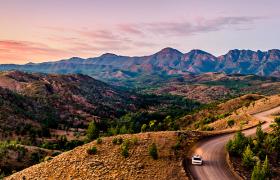 South Australia, it's time for a State-cation
28 May 2020
Australia 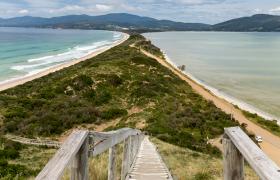