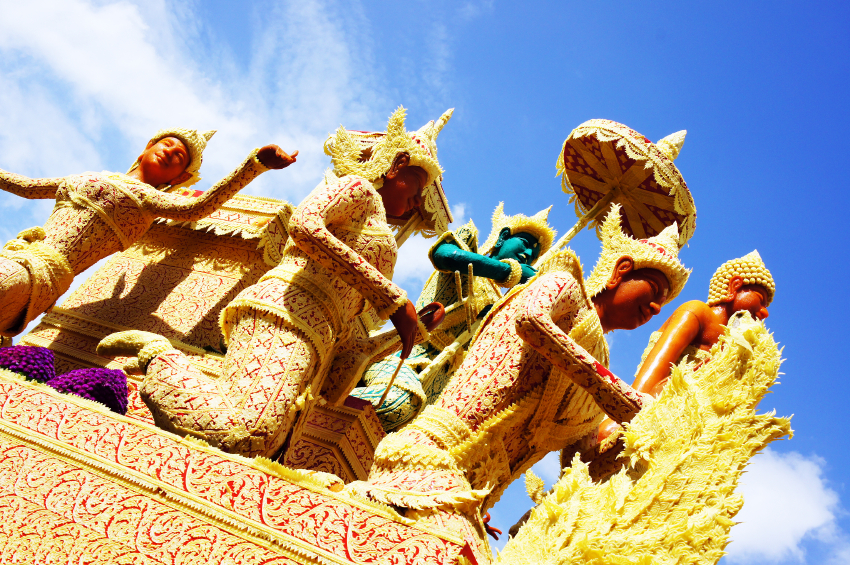 TRAVEL BLOG The best festivals and events to experience in Thailand

The best festivals and events to experience in Thailand

Thailand is a nation that captivates the senses with a range of sights, sounds, flavours and sensations to experience - often all at once.

The nation is also home to events that can make your experience in the country extra special and memorable. Coincide your visit with one of these festivals or occasions to make the most out of your holiday in Thailand. Here are some of the best on offer.

Songkran, also known as the Water Festival, is celebrated in April around the traditional Thai New Year.

For approximately three days Thailand celebrates with buckets of water-related fun. Indeed in some areas, such as Bangkok, you can't step outside without being soaked by water guns, buckets and hoses, with everybody playing around outside.

The festival began due to the Thai practice of sprinkling water on family members and elders to bequeath them with good luck, purification and to pay their respects, and the full-on water play Songkran now involves grew from this.

For the most intense experience of Songkran, head to Chiang Mai and escape April's blistering heat with a water fight.

Loy Krathong, or the Festival of Lights, takes place during the full moon of November each year.

It involves every waterway, such as rivers, lakes and oceans, being lit up with thousands of gorgeous floating lights in baskets containing lanterns, tea lights or candles and incense. Releasing one of these baskets into the water is said to bring good luck and forgiveness, and many people make wishes as they present their offerings.

Some parts of Thailand, particularly in the north, will also celebrate with floating hot air balloon lanterns that rise gently into the sky making for a beautiful spectacle.

You can experience Loy Krathong throughout the country, but many people enjoy heading to seaside locations such as Phuket with its stunning beaches to release their glowing baskets into the ocean.

This festival is held in July in Ubon Ratchathani, a city in the Isan district of Thailand.

The occasion marks the beginning of Buddhist Lent and the start of the rainy season monk retreat, and involves giant and intricately carved candles being showcased throughout the city.

Witness parades of these incredible candles and floats, and check out what the International Wax Sculpture Competition comes up with. There is also plenty of other entertainment, including dancing, music and costumes.

Your breath will be taken away by the scale of these larger-than-life wax candle creations, which have to be seen in person to be believed. Get up close and have a look at the mind-bending detail that has gone into these works of art.

Held around September every year, the Phuket Vegetarian Festival draws a colourful crowd.

According to Asia Web Direct, the festival itself celebrates and pays homage to the belief that abstaining from eating meat during the ninth month of the lunar Chinese calendar can help deliver good health and a peaceful mind.

Some of the festival's ceremonies are not for the faint of heart, with firewalking, body piercing and other activities that bring physical pain undertaken as offerings to the gods, who are thought to protect those committing such acts.

There are also street parades and celebrations and plenty of market and street food stalls serving up vegetarian delights. Be sure to keep a look out for the use of fireworks and firecrackers during this festival, which can go off anywhere and at any moment!

If you'd like to visit Thailand and attend one of its festivals, talk to a travel agent today and start planning for the holiday of a lifetime.