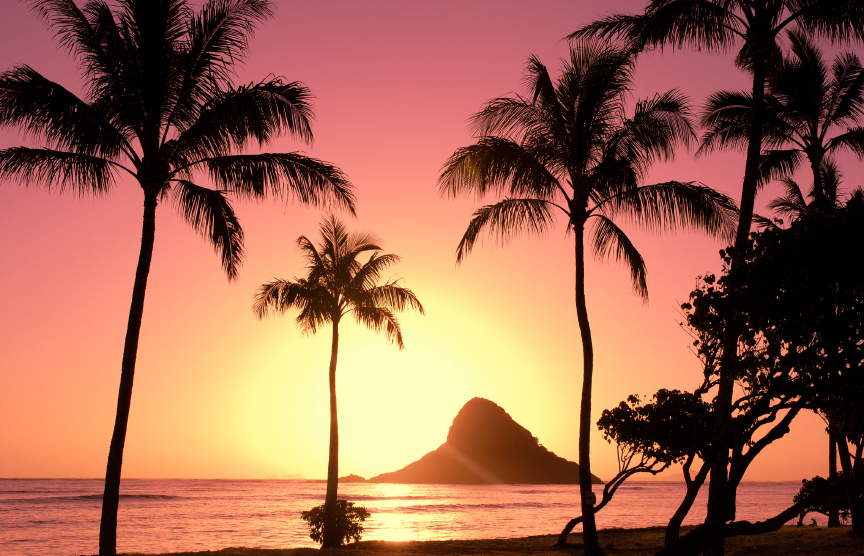 The Hawaiian Islands continue to be one of Travel Associates’ most popular destinations and no matter what kind of holiday you’re after, you’re sure to find it in Hawaii. From secluded, untouched getaways along the dramatic coast to the urban excitement of Waikiki Beach and Honolulu, the diversity of this tiny U.S. state is sure to impress.

Travel Associates consultant Alan Reis recently enjoyed a holiday on the captivating islands of Kauai and Oahu where he spent several days taking part in some of the popular local activities, while getting acquainted with the beautiful Hawaiian landscape and its people.

First stop, the magnificent island of Kauai with its dramatic cliffs, high mountain peaks and Waimea Canyon, one of the most impressive gorges in the world. But first it was off to the Grand Hyatt Kauai. This vast 5-star resort features a stunning pool area that overlooks the flawless beach. Best of all, there was plenty of space - large, spacious suites, an excellent variety of restaurants and beautiful facilities. “The hotel was at 90% capacity when we were there but because of its size, the resort did not appear crowded or overly busy” said Alan.

Impressed with the vast natural beauty outside of the resort, Alan took full advantage of the activities on offer. “The Na Pali Snorkelling Expedition Day Trip is a must do in Kauai,” said Alan. The spectacular coast line tour included everything from snorkelling, navigating into sea caves, venturing under waterfalls and even included some of Hawaii’s significant archaeological sites. And for all those film buffs who are interested in visiting well known movie locations, Alan even learnt that much of Kauai has been used as film locations for many Hollywood blockbuster films including Pirates of the Caribbean and Indiana Jones.

The Oahu Island and Honolulu Scene

Just a short 30 minute flight away is the island of Oahu, home to Hawaii’s energetic capital city, Honolulu. This is a city filled with high rise hotels, top notch restaurants and of course, some of the best shopping on the planet. Take a stroll down Kalakaua Avenue where you’ll find the finest name brand shops and luxury boutique stores interspersed with inviting restaurants and cafes. Just adjacent to this entertaining thoroughfare is famous Waikiki Beach, long one of the most popular urban beaches.

Alan’s stay while in the capital city was at the trendy Modern Hotel. “As its name suggests,” said Alan, “this is quite a modern and funky hotel – great modern architecture and ambiance, rooms are spacious and the restaurants are excellent. The signature restaurant Morimoto is a must do, it offers excellent Japanese food in a great spot overlooking the coastline.”

Alan was also a guest at Turtle Bay Resort on Oahu’s north coast. “There are very nice rooms that all have a view of the ocean,” Alan said. Turtle Bay is also known for its excellent facilities and is close by to the famous surfing locations of Waimea Bay and Pipeline where many of the international surfing locations are held.

For those considering a Hawaiian holiday, Alan had these tips. “I think any time of the year is good in Hawaii,” said Alan, “the weather is great year round.”The Northern Hemisphere long summer break between June and early September can be a popular time, but with so many islands to explore there are plenty of secluded spots to get away from it all.

To make a booking or to find out more about Hawaii and its many beautiful islands, call Alan at Reis and James Travel Associates in Manuka, ACT. Alan can be reached at 1 800 739 288.

A taste of luxury in Thailand