It’s pretty hard to find bad food on holiday in Italy, even if the menu’s been translated into a zillion languages and tourists outnumber locals by a factor of ten – normally a sign of bad things to come. Nope, in Italy chances are high you’re going to be mopping up every last drop of sauce in your bowl with crusty bread or vacuuming up every last morsel and then re-enacting that “please sir, can I have some more?” scene from Oliver Twist no matter where you dine.

But be a little more discerning and choose to dine at a restaurant where the menu is only in Italiano and the locals are wildly gesticulating about god-knows-what and screaming “mama mia!” You’re definitely going to get something tasty, even if you don’t end up getting what you thought you ordered.

That’s what happened to me recently in the Tuscan city of Siena one gloriously sunny afternoon. But I’m not cut up about it all, because it’s exactly when you don’t get what you expect that your horizons can expand. And in a culinary landscape as rich as Italy, mistakes never tasted so good. 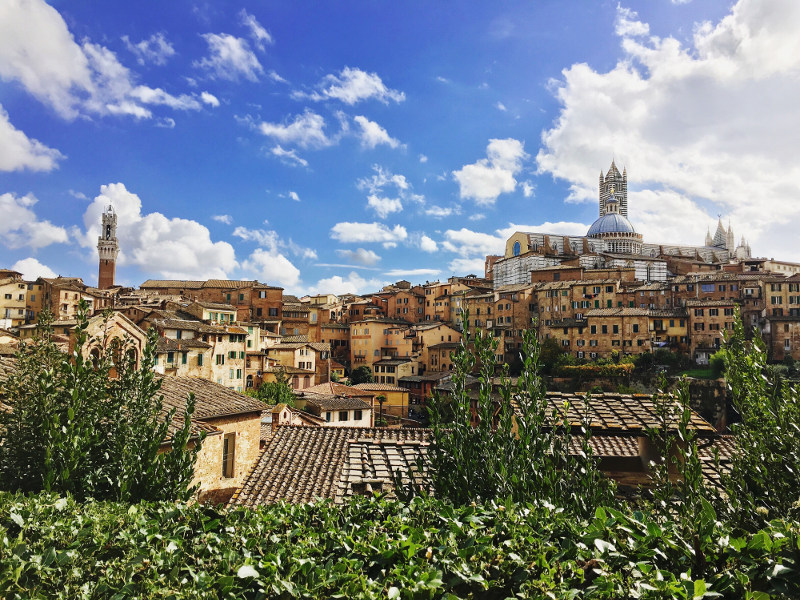 Built over three hills, Siena is one of the most ancient cities of Italy

I knew I had to dine at Osteria il Vinaio of Bobbe e Davide as soon as I walked past it. Tucked away along Via Camollia away from the touristy main square, the place exuded authenticity and rustic charm, with a menu board out front I couldn’t understand.

The place was busy too, with Italians seated at tables inside talking and laughing over wine and plates of olives, slivers of prosciutto and wedges of locally-made cheese. My culinary goal that day was to tuck into some excellent pasta and I had a hankering for a delicious bowl of spaghetti Bolognese topped with some delicious parmesan cheese (mmm) and the place looked like it could dish out a mean bowl.

After a brief bout of hesitation (mainly awkwardness, due to having to dine alone), I surrendered to my senses and was led inside by the waft of freshly cooked pasta and the promise of a great big bowl of pasta.

By the time my bus rolled into Siena from Florence, I’d already been in Italy for eight days, and during that time I’d picked up a handful of Italian words and phrases, and I wasn’t afraid to use them.

I didn’t want to be one of those tourists who expected the non-English speaking world to cater to my own ignorance of the local language. I wanted to give Italian a serious crack (resorting to English was just too easy) and I tried as much as I could to speak the lingo, often combined with body language and the art of gesticulation to get my meaning across.

Basically, I wanted to be different from everyone else, and I entertained visions of other locals and the wait staff thinking I was one of them – an Italian; my Mediterranean heritage certainly made me look the part.

Of course, I was delusional.

After walking inside the restaurant and giving the waitress the finger (er, table for one), I was directed to a table and handed a menu. A nod, a grazie and a request for acqua con gas (sparkling water) later, I was left on my own to make my delicious selection.

But there was a problem: I couldn’t find my spaghetti Bolognese on the menu. Too proud to give-up the illusion that I could read and understand Italian, I simply did the only thing I could when the waitress came around to take my order: I ordered the only main I recognised on the menu, which happened to be Pasta al Pomodoro (spaghetti with tomatoes, garlic, olive oil, basil and parmesan). Not exactly what I was after, but I couldn’t risk getting that dreaded white and creamy sauce – never been a fan.

A post shared by Osteria Il Vinaio Restaurant (@osteriailvinaio) on

You can imagine the expression on my face when the waitress brought me a big bowl of spaghetti dressed in a cream-based sauce.

Of course, my first thought was that there’d been some mix-up in the kitchen. But truth be told I was completely out of my element. To my mind I ordered the Pasta al Pomodoro, but maybe I misread the menu? Or perhaps my Aussie accent somehow alluded to another dish? Whatever the case, there was no way I was going to contest this (that would puncture the illusion – I was in too deep) and so I was stuck with the bowl in front of me. And anyway, how bad could it be?

There are key moments in everyone’s life when deeply held prejudices are held to the light, re-examined, and found to be false. Prejudices such as red sauce yes, white sauce no. Okay, so perhaps categorising the realisation that you actually do like cream-based pasta sauces as a pivotal life moment is a little too dramatic, but the sentiment sticks. 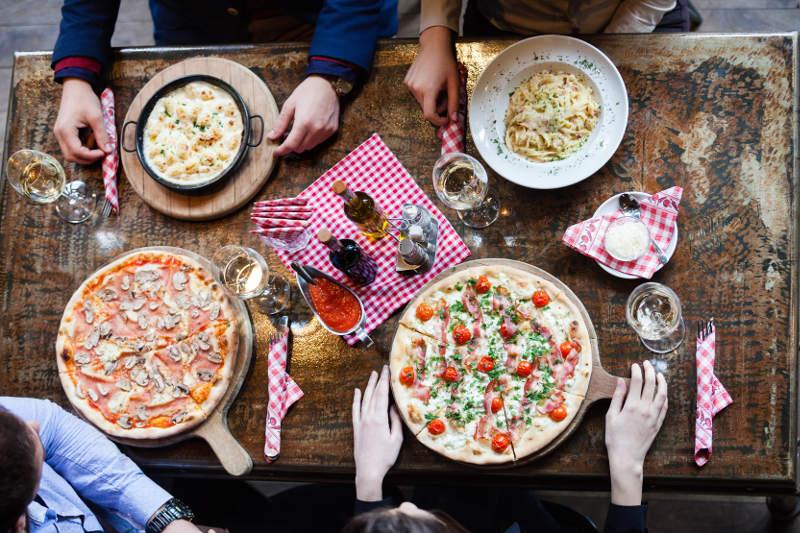 What Italian delicacy to try next?

Indeed, with each mouthful of the perfectly cooked pasta – still warm from the pot – coated with some light cream, rich parmesan cheese, red chilli flakes and drizzled with olive oil, my culinary beliefs shifted by degrees until eventually it was standing on its head and I considered shoving tomato-based sauces off its pedestal in favour of the white knight. When the waitress came over to check on me half-way through the meal, I was elbow-deep into my bowl, and that’s an expression of body language that needs no translation.

I don’t exactly know what happened to me on that day in Siena, Italy, and it’s still a total mystery. But I do know that no matter what gets handed to you in a restaurant in Italy, take it. You’re going to like it, and it may just expand the boundaries of your culinary world the way it did for me.

A Slow Food Tour of Puglia

Flying with Etihad Airways: Everything You Need To Know