Photos don’t do it justice. That’s the first thing you should know about Lake Louise.

Those moments when your jaw genuinely drops in awe are the moments that inspire travel. No matter how many pictures you’ve seen of that glowing aqua water cupped in its basin of dizzying peaks, the sight of Lake Louise will stop you in your tracks.

But it’s not just a pretty face. This wee hamlet in the Canadian Rockies is a community, a national treasure and a wild wonderland. Here are a few things you might not know about Lake Louise, which may make you love her all the more. 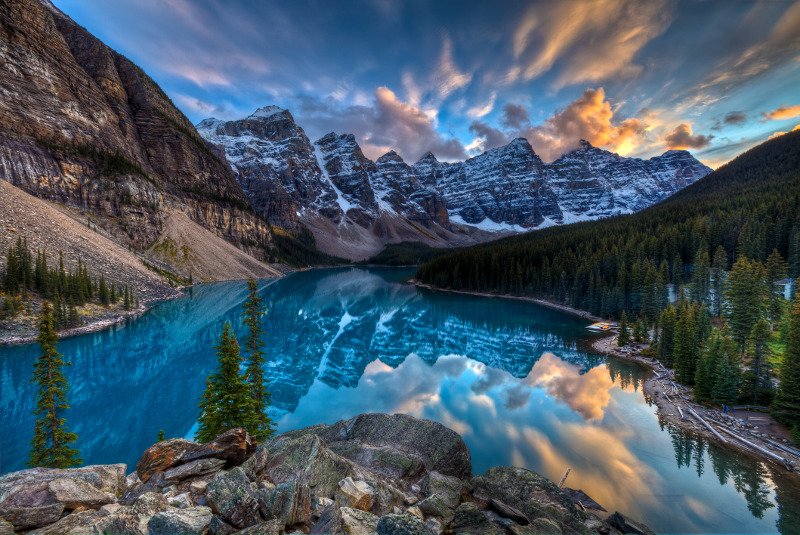 1. You may mistake Moraine Lake for Lake Louise

An image search for Lake Louise throws up arresting images of a blue-green beauty, but you’ll need to look closer to confirm that you’re admiring Lake Louise rather than Moraine Lake.

Equally as blue and possibly more spectacular, Moraine is just a 25-min drive from Lake Louise. It is characterised by a wall of intimidating mountains, which loom at the far side of the resort end of the lake. Known as Valley of the Ten Peaks, this picture-book scene featured on the Canadian 20 dollar note in 1969 and 1979, spawning the nickname “The 20-dollar view” for the world-famous vista. 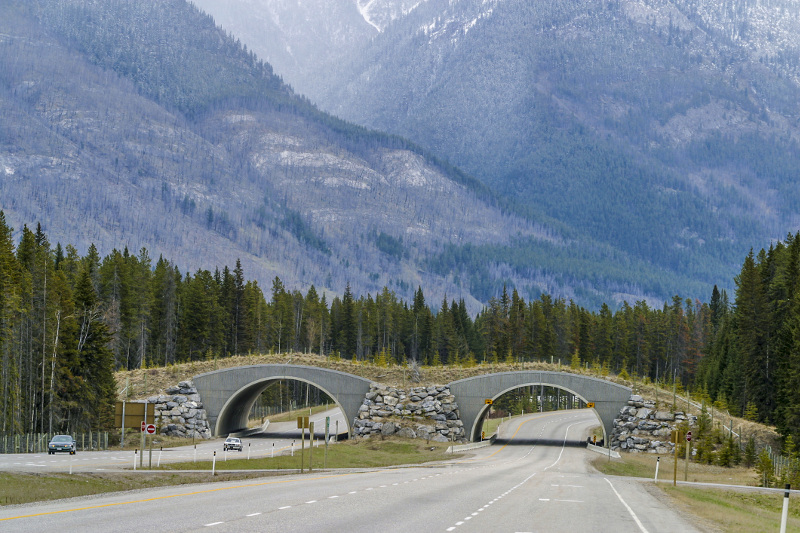 2. There are wildlife corridors for the furry residents

Moose, bears, cougars and elk are just a few of the critters that call the Lake Louise region home. Wildlife sightings are common on the 60-km stretch of highway between Banff town and Lake Louise, but the flipside is the danger of road kill.

After installing kilometres of fencing, Parks Canada also built multiple corridors above and below the highway to offer safe passage for roaming animals. It took a while for the local wildlife to adapt to the forested bridges and underground tunnels, but collisions have been reduced by 80% in the last 10 years. 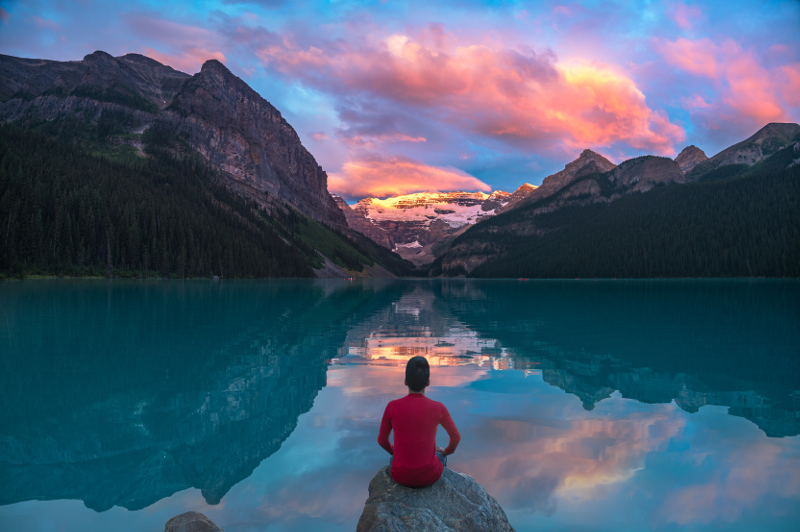 3. Lake Louise is freezing cold all year round

If you’re entertaining ideas of a summer splash in Lake Louise, think again. Thanks to the glacial melt, the water is either frozen or freezing at all times. In fact, most lakes in the region are glacial-fed, and the rivers are equally as frosty.

Locals like to take their summer soaks in Herbert Lake, which is just a ten-minute drive up the 93. There’s an old diving board on one side, which rumour claims once belonged to the swimming pool at the Chateau. 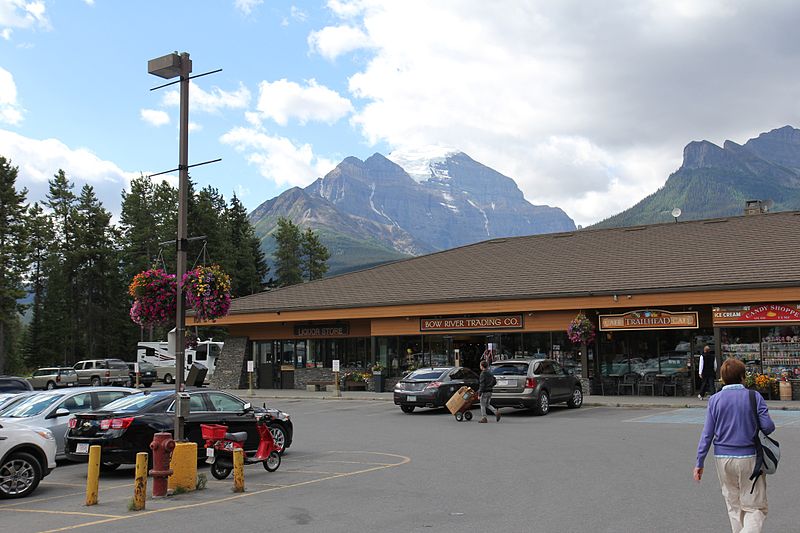 4. The town of Lake Louise is not at the lake

Images of Lake Louise often include shots of the fairytale Fairmont Chateau Lake Louise, but this is not where all the action happens. Less than five kilometres down the hill, a tiny village strip mall and collection of hotels mark the true centre of town. Grab a wrap at Trailhead, or head up to the B&G for a drink - there's a limited number of watering holes in town so you're bound to bump in to some locals.

There’s a gorgeous trail from the village to the lake that winds through photogenic forest, although summer hikers must be wary of bears.

More on the mountains: Peaks with Personality: Mountains of the Canadian Rockies

If you just can't get enough wildlife: Close Encounters of the Furred Kind

At 1540 metres, Lake Louise Village is Canada’s highest town, and the community formed around the Chateau Lake Louise sits at 1731 metres. Enjoy sucking in the fantastically fresh air and don’t be surprised if you’re out of breath faster than usual. 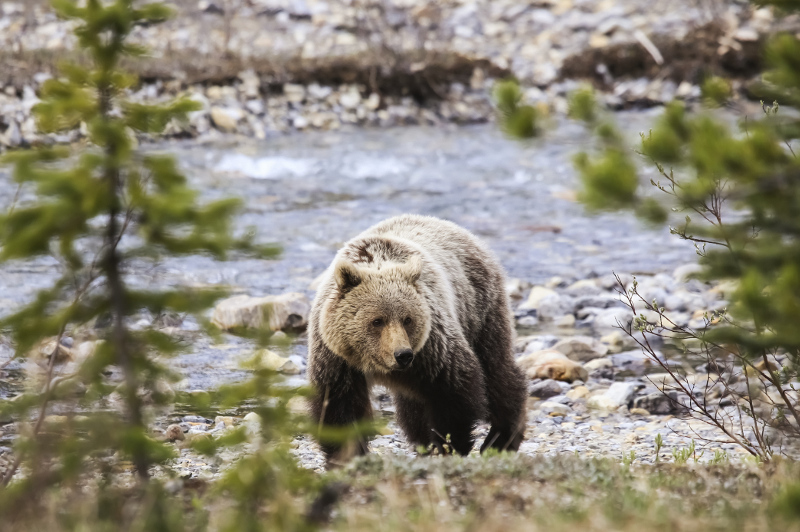 Grizzlies are slightly larger, lighter in colour and more retiring than black bears

6. It has one of the highest ratios of grizzlies to humans

Grizzly bears are naturally shy, and as they generally prefer high altitudes it is rare for them to share living space with humans. The alpine community of Lake Louise offers visitors the rare opportunity to see grizzlies in the wild.

In summertime the ski resort gondola is known affectionately as the Grizzly Gondola. In July 2017, bears were spotted 29 out of 31 days, with 24 of those sightings being of the mighty grizzly. If you stay in town long enough, you may even see a black bear roaming the streets, or being chased from the staff accommodation area. 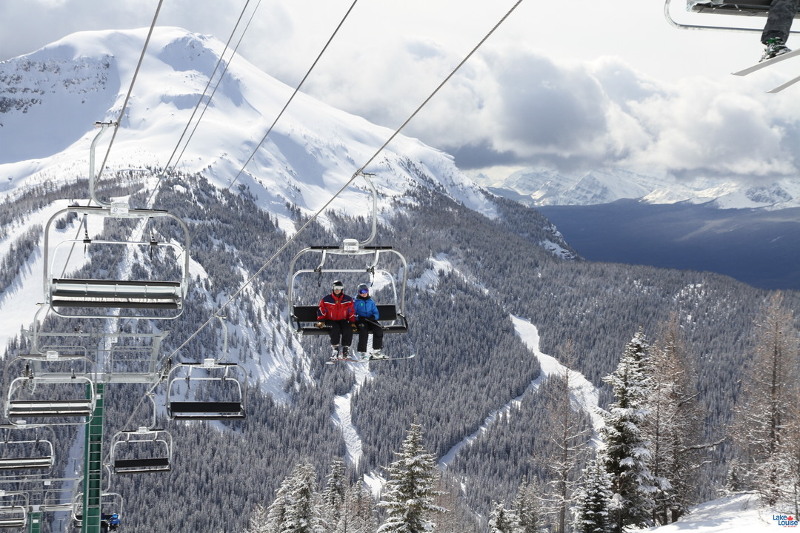 Skiiers ride Ptarmigan Chair up the back side of Mount Whitehorn. Image: Lake Louise Ski Resort

7. Lake Louise is one of Canada’s favourite ski resorts

There are few ski resorts that can best the views of Lake Louise, but the diversity of terrain and challenging vertical cement it as a firm favourite.

Voted Canada’s Best Ski Resort in the 2013, 2014 and 2015 World Ski Awards, Lake Louise only slightly lost out to Revelstoke in 2016. Both ski areas are nominated in this year’s awards, which are open to the public vote. Guess who we’ll be voting for? 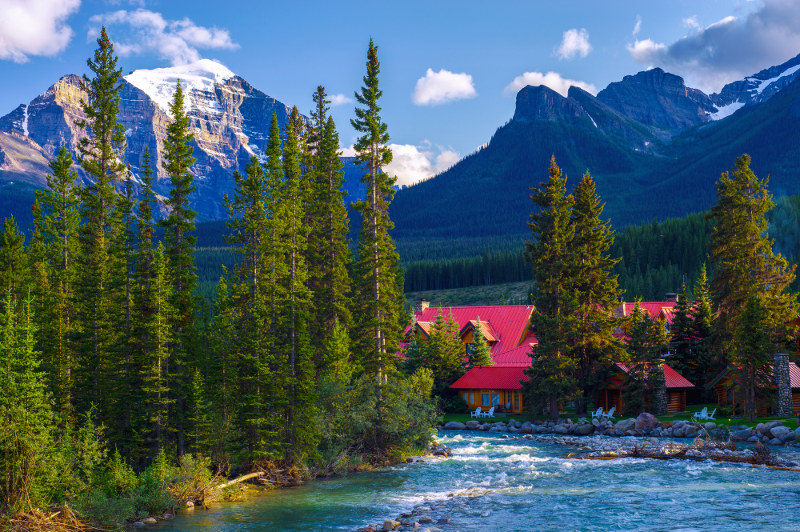 8. The Chateau isn't the only luxury hotel in town

How do you class a hotel that is too boutique to be graded by the everyday star system? As a member of the Relais & Chateaux fellowship, The Post Hotel enjoys a distinction that is unparalleled in the region.

This luxury hotel is steps from the village centre, on the banks of the Pipestone River. Complete with a five-star restaurant that boasts one of the most comprehensive wine cellars in the country, The Post Hotel features an ice skating rink in winter and an international wine tasting event in summer.

9. Summer is busier than winter

In Australia we think of Banff and Lake Louise as winter destinations, with stunning snow-capped peaks and Holy Grail ski destinations. Locals disagree.

If you visit in peak winter season, expect to queue at the ski lift lines, but if you visit in the height of summer, be prepared to queue for everything unless you're with a luxury tour provider. 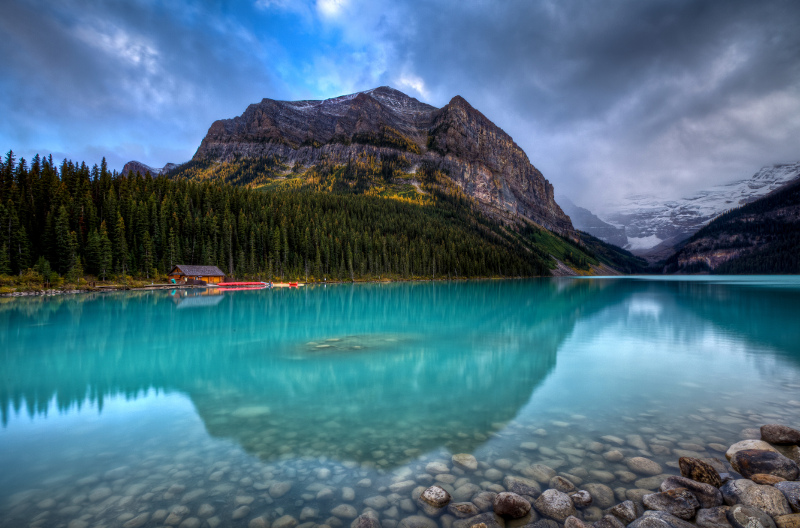 10. The colour of Lake Louise is due to glacial wash

When it comes to the unbelievable colour of Lake Louise, locals may tell you of an urban legend about a waiter at the Chateau. After fielding one too many questions about the colour of the lake, he told his unwitting customers that the lake was drained and painted every spring, and encouraged them to return the next week to view the spectacle. Legend has it that the customers came back as instructed, and the waiter was promptly fired.

In reality, the colour is due to rock flour carried in the glacial melt that trickles down to the lake. The sun reflects off these particles, refracting blue and green wavelengths of light.

Lake Louise is always one of the first northern hemisphere ski resorts to open due to favourable conditions and the Alpine Skiing World Cup event in late November. If Mother Nature isn’t obliging, then snowmaking starts in earnest in early November and the ski runs open as soon as possible for the eager locals.

APT's range of inspired Canada tours cover all the highlights of the Canadian Rockies, including the inimitable Lake Louise. Get in touch with your local Travel Associates advisor to start planning your journey to the most beautiful place in the world