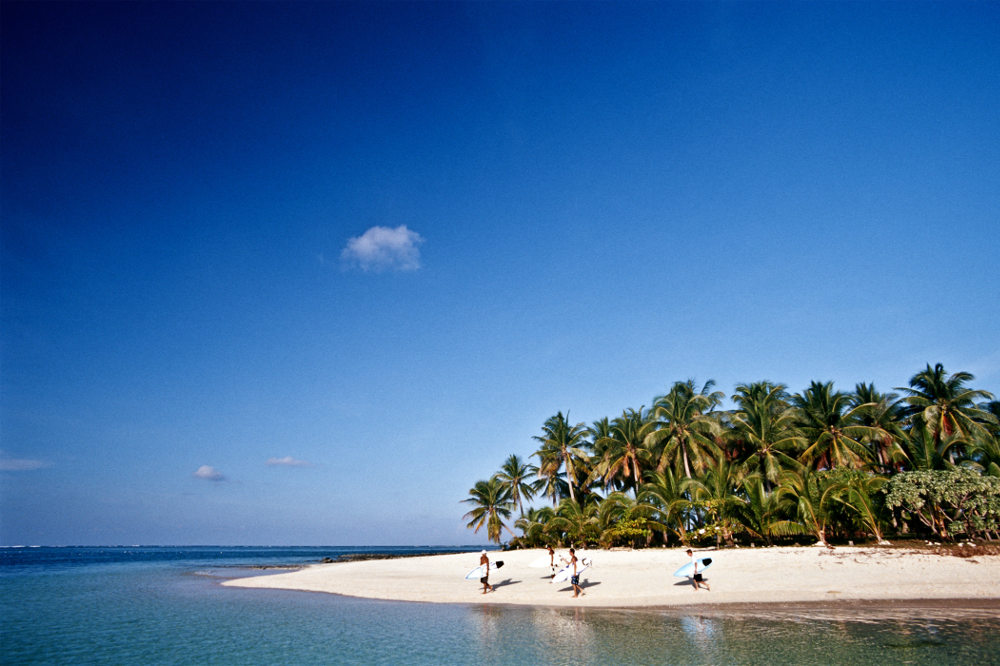 18 Reasons To Visit The Philippines

The dry season has arrived in the beach-blessed archipelago of The Philippines, meaning plenty of sunshine to explore as many islands as you have time for (don't rush, there are more than 7,000!). Here are 18 more reasons to visit, including odd desserts, arguably the world's most adorable animal and a national sport that involves singing and plenty of liquid courage.

1. Arguably the cheapest beer in the world

The Philippines has been the home of San Miguel since 1890, with a bottle costing, even now, only about $A1. The Spanish San Miguel was at first an affiliate but it is now an independent brewer. The version drunk everywhere in The Philippines is a fraction of the price of its Spanish namesake and, when chilled, by a beach, actually tastes much better.

In an archipelago of 7,107 islands, ringed by pristine beaches and teeming coral reefs, the main problem with The Philippines is that it can be hard to decide where to lay your towel.

3. You can play bingo on the plane over

Filipinos have a vivacious sense of humour – as evidenced by Cebu Pacific’s mid-air passenger quizzes and bingo games that will have you chuckling in the aisles and possibly even winning a cuddly toy. The locals' easy-going demeanour helps make visiting a happy experience and lends weight to the tourist board's slogan "It's more fun in The Philippines".

4. It has the world's longest subterranean river

PP Underground River is an 8.2-kilometre navigable river, the world's longest underground, running through a cave system before flowing into the South China Sea. A lagoon framed by ancient trees marks the mouth of the cave. It was recently named one of the seven wonders of the natural world.

5. You can eat quirky purple desserts

Ever wanted to douse a bowl of cornflakes in ice? In The Philippines you can, while adding a scoop or two of psychedelic purple yam ice cream. Halo halo is the name of the cold and crunchy dish.

6. You can cringe at one of the world’s weirdest snack foods

At the other end of the scale is balut – a partially developed duck embryo that is boiled and eaten in its shell. Try or avoid, it's certainly one of the world's weirdest foods.

7. Rice terraces to make you swoon

Banaue’s rice terraces are majestic. Rising to nearly 3,000 metres, the Cordillera Central mountains in North Luzon provide a dramatic but tranquil alternative for hikers. Banaue is perhaps the most famous attraction in this area, earning the tiny town a place on Unesco's list of World Heritage Sites with its ancient, towering rice terraces that were so impressively sculpted from mud-walls more than 2,000 years ago.

8. Tarsiers are the world’s cutest animal

Nocturnal mammals with rotating heads and bulbous eyes, tarsiers are one of the world’s smallest primates. Many live in Bohol and can be seen in its conservation centre. At less than 15 centimetres high, these furry little fellows are shy and endangered.

9. Some of the world's most colourful festivals

If you like riotous costumes, bizarre folklore and dancing in the streets try timing a visit to coincide with a festival like Panagbenga, in Baguio City, or try Ati-Atihan or Sinulog for religious fervour.

Fiesta time: Festivals In The Philippines

Striking limestone stacks (some shaped like crocodiles, helicopters and dinosaurs) guard tiny golden sand coves here that are best explored on a sailing trip. There are also picturesque lagoons to swim in.

11. Some of the world’s best diving

Immerse yourself in the underwater world at Tubbataha Reefs National Park, a Unesco World Heritage site that has a 100-metre perpendicular wall, lagoons and two coral islands, or take a boat to see black coral at the Black Forest dive site off Panglao Island.

12. Karaoke is a national sport

In The Philippines, you can belt out a tune in even the shabbiest of roadside shacks. Just don't expect your voice to compare to the dulcet (and well-practised) tones of locals.

13. Boxing actually is a national sport

If you love the sport, you'll already know about Manny Pacquiao, who most recently made headlines in a fight with Floyd Mayweather Jnr in Vegas. Where Mayweather is crass, though, Pacquiao is class, and a star in his home country, where rumours that he may one day run for president are not wholly exaggerated.

14. You can snorkel for your dinner

At these three unique restaurants, set on stilts over the sea, guests arrive by boat and are sent overboard with a snorkel to catch their supper. Underneath are nets and you can choose your fish straight from the water.

They’ve got baby scallops and oysters, and they’ll scoop up whatever you want, barbecue it and serve it with coconut vinegar, soy sauce, chilli and ginger. That’s it – you eat it with garlic rice and papaya salad. It’s simple, delicious and unadulterated.

15. Jeepneys will make you never want a taxi again

Colourful jeepneys are one of the world's best forms of public transport. These old US army vehicles left behind after the Second World War have now been individually decorated by their young drivers, covered in crazy slogans and kitsch, fluoro religious icons that you are unlikely to find anywhere else. They are also highly sociable – just bang on the side if you want to get off.

16. You can see whale sharks and thresher sharks

Donsol is a reliable place to see whale sharks pass by in season, while threshers can, if you are lucky, be spotted at the bottom of the sea on a dawn dive from Malapascua island.

17. Churches are made out of coral

With 90 per cent of the population Christian, The Philippines is South-East Asia with a difference. Rather than the region's characteristic Buddhist temples and monks, here you will see coral-stone churches and incense-waving priests.

18. You can spend Christmas Day on the beach (like at home!)

Filipinos celebrate Christmas with aplomb. The season's main festivities start on December 16 with nine days of dawn mass leading up to Christmas Day. On Christmas Eve, feasting on suckling pig starts at midnight. New Year is fun, too, with beach parties and fireworks in most resorts.

This article was written by Natalie Paris from The Daily Telegraph and was legally licensed through the NewsCred publisher network.

Best Sleeps In & Around Vancouver