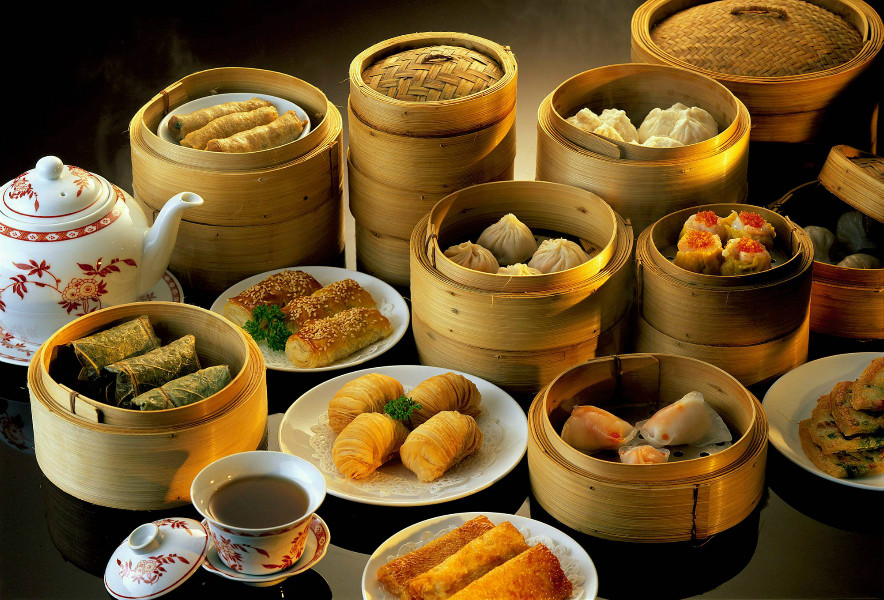 5 Must Eats in Hong Kong

At almost every turn in Hong Kong there seems to be a tempting blend of delicious fare, and in a thriving international city such as this, it's hard not to be enticed by all the flavourful offerings. In many sections of the city, fresh food markets, noodle shops and street side food stalls provide a delightful mix, where the savoury scented air alone is enough to whet the appetite.

With its proximity to China's Guangdong Province, Hong Kong's food is naturally influenced by the region's main cooking style, Cantonese. Celebrated around the world, Cantonese remains the major influence and is characterised by its fresh ingredients and delicate preparation methods, relying on robust flavours and textures rather than powerful spice.

Indeed, diners need not look far for their favourite type of cuisine as restaurants are the driving force of the service based economy here, but when in Hong Kong, the true highlight still remains the local cuisine. So when your appetite calls, we suggest these tantalizing Hong Kong specialties.

Hot Pot
This inclusive style of cooking is often shared as a group, with friends and family gathered around a pot of boiling meats, seafood and vegetables. Brought fresh to the table, diners add the ingredients to the pot themselves, cooking the food as they go. Once cooked, guests may flavour with a tasty dipping sauce before tucking in. Usually overflowing with fresh meats and vegetables, the hot pot can include meat on or off the bone, chicken or pork balls, noodles, and virtually any kind of vegetable.

Noodles
Nothing says Asia or Hong Kong like a bowl of noodles. Enjoyed in a flavourful broth or fried with succulent vegetables, meats or seafood, such tasty noodle meals are sure to warm the heart as well as satisfy the stomach. From delicate bite sized wontons to delicious rice noodles, these ubiquitous treats can be found throughout Hong Kong. One popular dish, Cantonese fried noodles with shredded pork, is just as tasty when pan fried.

Dim Sum
These tasty pockets of goodness are the perfect snack and are typically enjoyed for breakfast or lunch. Dim Sum varieties include dumplings and buns and can be steamed, fried or baked. A dim sum meal is referred to as 'yum cha' which means "drink tea," as tea is generally served at this quintessential Hong Kong meal. Popular variations include the traditional Cantonese Shao mai, a dim sum made with ground pork, chopped shrimp and ginger, onion and mushrooms and a juicy barbecued pork pastry.

Seafood
Like in much of Asia, seafood is a staple in Hong Kong cuisine. Prepared in a multitude of ways,  'the catch of the day' is often a literal phrase, having been 'caught' from an indoor aquarium just before cooking. From fish and crab to lobster and prawns, seafood is served on its own, with rice or noodles or in a tasty broth. From stir-fried fish and crab to baked lobster with fresh vegetable, the succulent menu choices will keep you coming back for more.

Chinese Barbecue
Barbecued or Roasted over an open flame or cooked in a rotisserie oven, meats are then typically hung in the windows of restaurants as a way to entice those walking by. Often combo plates are available for guests to try more than one type of meat. These succulent meals are paired with rice or noodles and go great with a local beer. With its tender meat and crispy skin, roast Suckling Pig is a typical restaurant favourite which can be paired with a full bodied white wine or lighter red.