TRAVEL BLOG 9 Egg-cellent Easter Eggs From Around the World

9 Egg-cellent Easter Eggs From Around the World

Across the globe, decorating and giving eggs at Easter time has become a tradition that has eclipsed its original religious connotations. Many customs date back even further than the start of Christianity, and were originally used to celebrate the onset of spring. Whatever the meaning, the tradition has many undeniably charming interpretations, and the following are just a sample of the most colourful and unique. 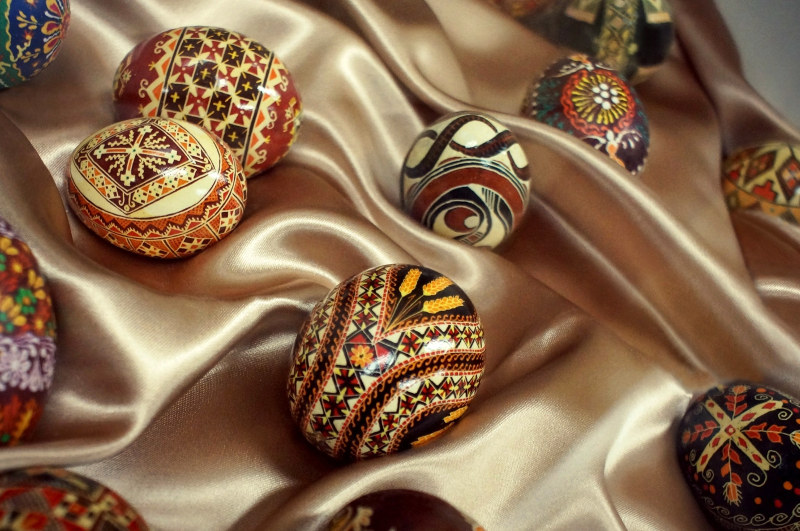 The ornate designs present on these Easter eggs from Ukraine are an example of symbols dating back to pre-Christian times. The designs are mostly depicting things to do with nature, originally coming from the worship of and belief in a sun god called Dazhboh. These symbols started to take on different meanings with the acceptance of Christianity but the designs have remained unchanged, still retaining their ancient roots. 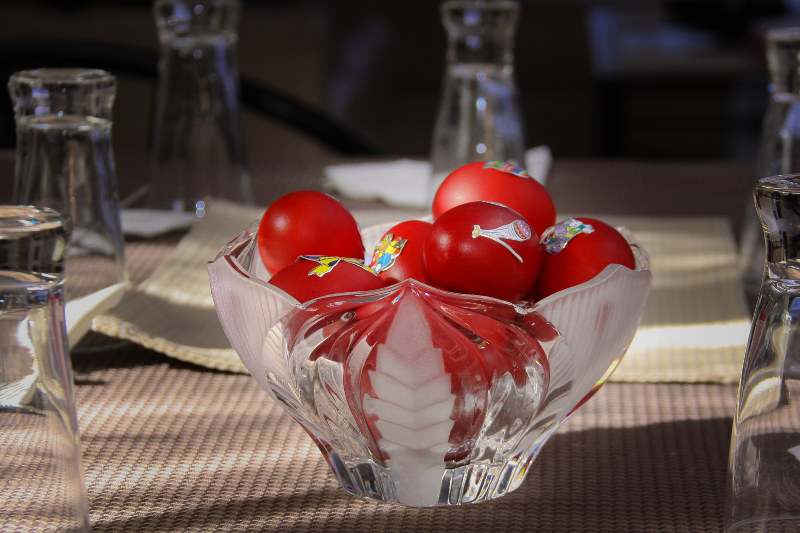 In addition to dying eggs red, on Good Friday in Greece there is a silent procession around the block.

In Greece it is tradition to colour Easter eggs bright red – which is somewhat of a startling sight. The custom originated when people started to dye eggs red in memory of Jesus’ blood. On Easter Sunday a game exists where two people tap their red eggs together, trying to crack the opponent’s egg. The game continues until there is one person left with an uncracked egg, winning an entire year of good luck. 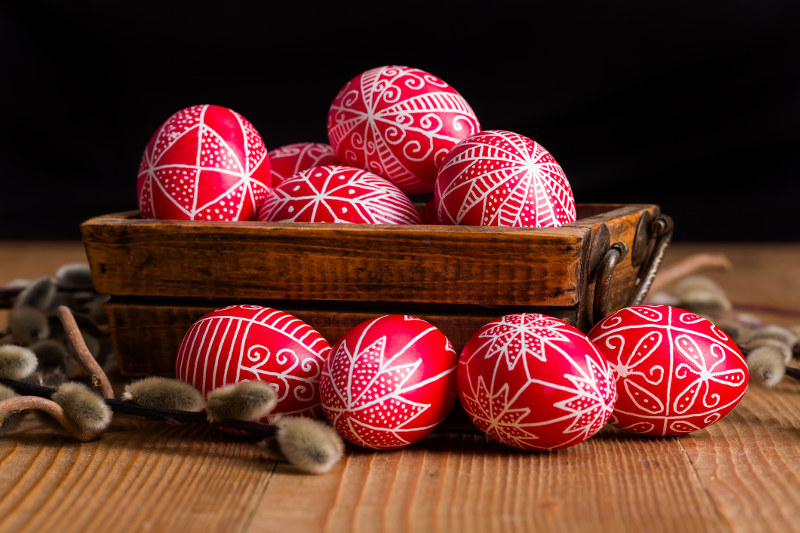 Aside from the egg tradition, in Hungary, Easter is an important time for young, single females, with rituals for attracting potential lovers and admirers.

The traditional Easter eggs in Hungary are red as in Greece, but with symbols scratched onto their surface. These symbols had meanings, and when they were given as gifts Hungarians were able to read different messages from the eggs as if it was a greeting card. Also originating before the onset of Christianity, those who received eggs might have been wished a long life, good health or many children. 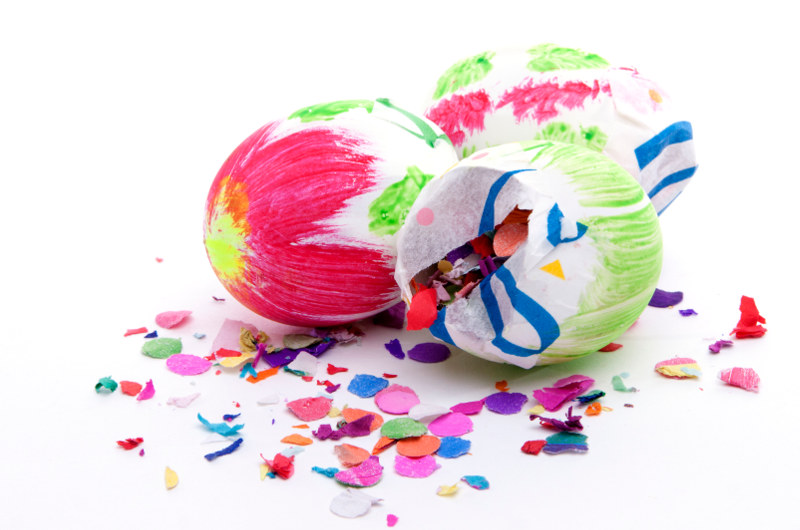 The centre of Easter in Mexico are the parades, which require actors to prepare physically and mentally for months, for they wear real thorn crowns and carry heavy timber crosses over long distances.

Mexican Easter eggs, called cascarones, are colourful hollowed-out eggs filled with confetti and sometimes even toys. According to historians, the practice of giving these eggs originated in China, where they were filled with scented powders and given as gifts. Arriving in Mexico in the 1800s, the eggs have since become synonymous with Easter celebrations – as well as birthdays, Cinco de Mayo, weddings and many more affairs. It’s tradition to break one over a friend’s head, bringing them good luck. 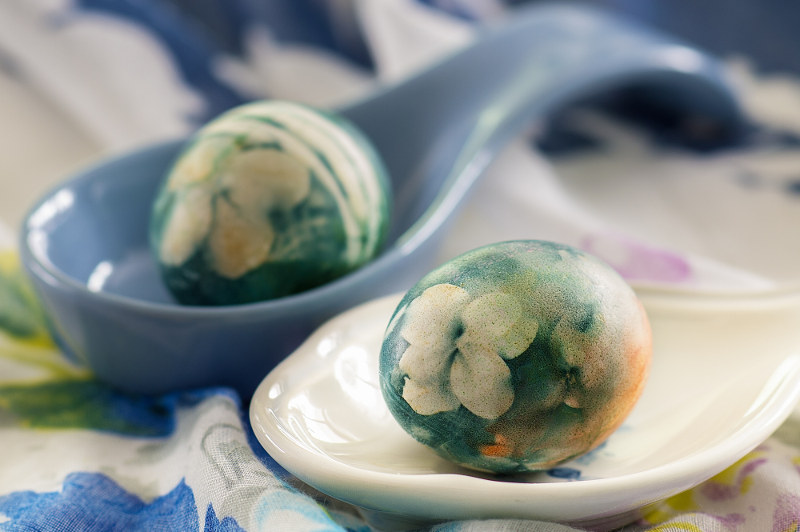 Latvians often build a swing on top of a hill at Easter and swing as high as they can to encourage the sun higher over the horizon as Spring progresses.

The markings on these eggs in Latvia are achieved by plastering grains, flowers, leaves and random household items onto the egg, covering it with old onion skins and string to hold everything in place, and then boiling the eggs in water and even more onion skins. Families save up their onion skins for the whole year in preparation of dyeing their eggs at Easter. Sometimes Latvian folk art symbols are scratched onto the eggs, representing the onset of spring and return of the sun. 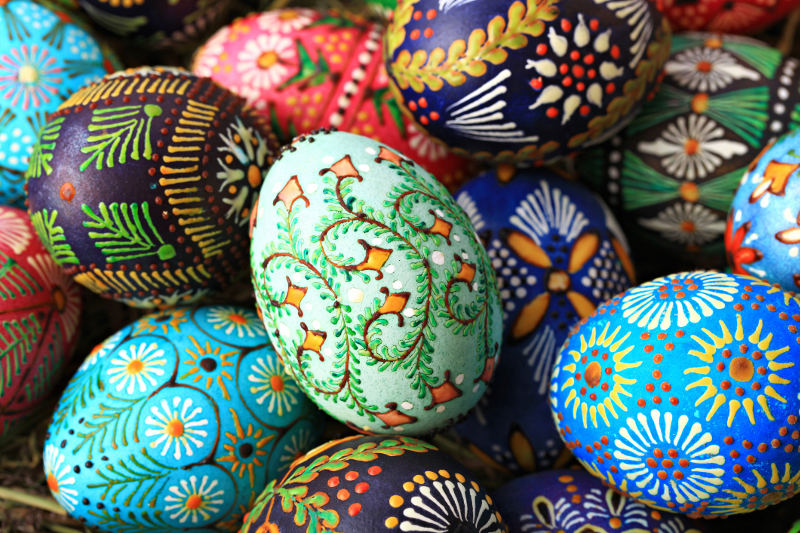 In Lithuania, there is no Easter Bunny, but an Easter Granny! Grandmothers hide all of the eggs for the family to find.

Latvia’s Baltic neighbour to the south have a different way of decorating their eggs. While also sometimes using the dye-and-scratch method to decorate, they also dot on ornate designs with hot wax on the head of a pin. After the design is finished, the egg is dyed a chosen colour and then the wax is removed with heat, revealing the intricate patterns. The decorations were believed to bring added powers to the already mystical eggs, and often one would be buried at the threshold of a house to protect the family inside from misfortune. 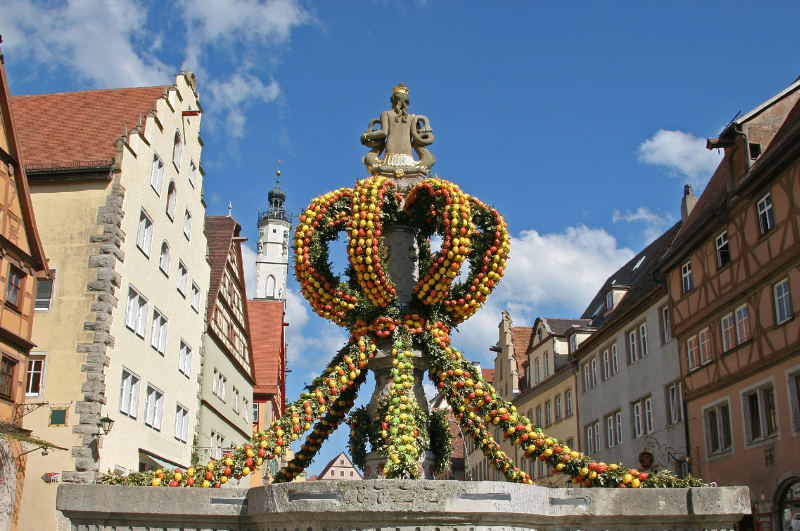 Aside from eggs on fountains, in Germany an Easter bonfire is an annual tradition.

A tradition was born in Franconian Switzerland (in northern Bavaria, Germany) where Easter eggs would adorn public wells and fountains in ornate decorations that honour water as one of the essentials of life. Known as Osterbrunnen, the decorations are accompanied by ribbons, flowers and garlands of evergreens. 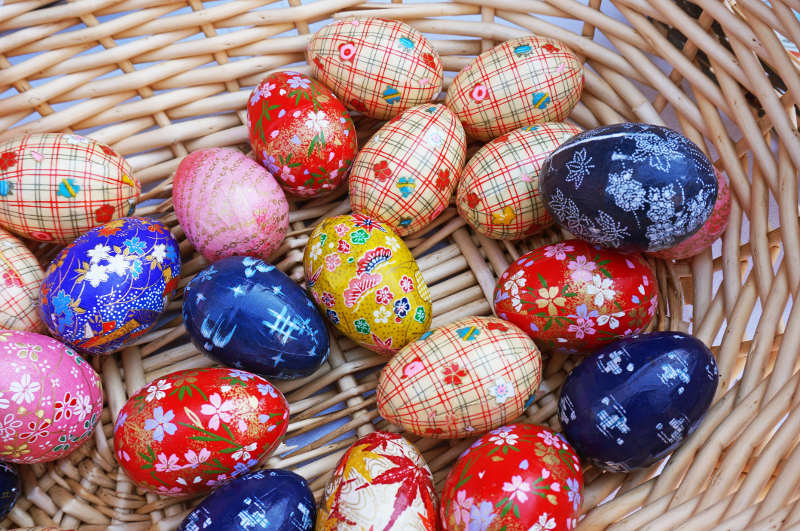 Easter is just one of many Western traditions Japan celebrates, among Valentines Day, Halloween and Christmas.

Japan is a country that loves to adopt foreign holidays, and Easter is no exception. Despite not being celebrated religiously, Japan have their own style of Easter eggs known as Washi eggs. Patterned washi paper is carefully glued onto the egg, the paper sometimes also used in the art of origami. After the glue is dry, artists add varnish to finish it all off with a nice polished look. 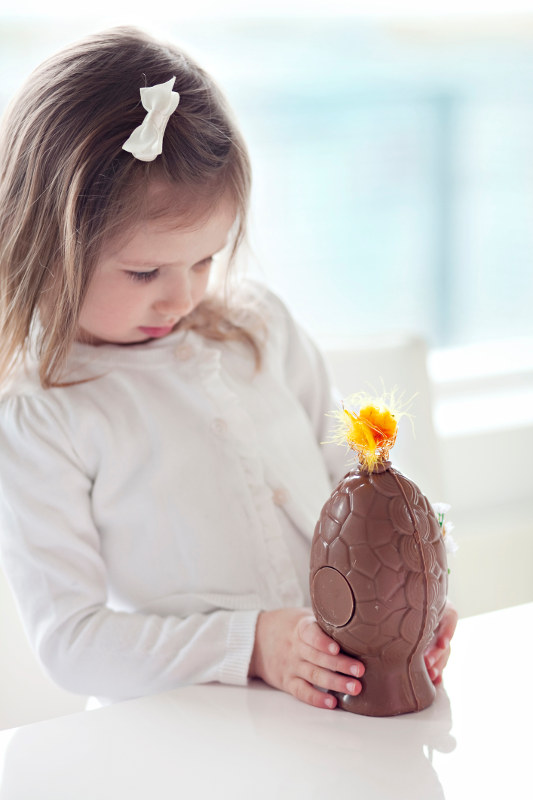 Most Icelandic children are confirmed at Easter in the year they turn 14.

Iceland goes to the extreme with their Easter eggs – more the size of an ostrich egg rather than a chicken egg. The chocolate behemoths are filled with all kinds of lollies, like caramels, liquorice, boiled sweets and jelly beans. There is a yellow baby Easter chick on top of the egg to remind everyone that it is, after all, Easter time, and the egg also often includes decorative flowers. Also included inside is an Icelandic proverb, and it’s common on Easter Monday to ask “what saying did you get?” and to speculate about how it’s relevant to the recipient’s life.

Queensland: Which Coast Boasts the Most?