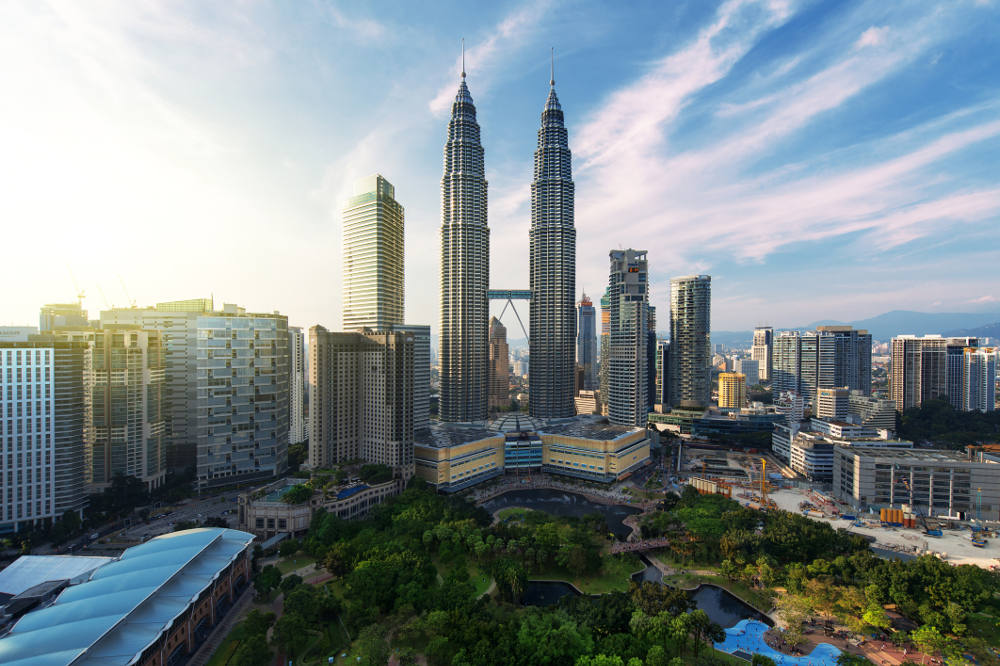 A Culinary Tour Through Malaysia

On a steamy, sunny morning at Kuala Lumpur’s Imbi Market, an Anglo-Australian and a Francophile Canadian took the advice of two Chinese-Malay strangers and tried kari mee, a dish of soupy noodles. This impromptu multicultural exchange, with lunch, was very Malaysian.

The Strait of Malacca has been a trading superhighway for more than a thousand years, with incoming merchants and labourers depositing ingredients and recipes that have made Malaysia a puzzling, if tasty, blend of familiarity and difference. Take kari mee (which was, incidentally, delicious): Indians don’t put soup on their noodles and the Chinese aren’t known for flavouring theirs with kari, or as we call it, curry.

Malaysian cuisine is relatively little known in the UK, which is a surprise given that the country was once a British colony. Perhaps it’s simply too diverse. We may have become self-conscious about reducing a continent’s gastronomic traditions to, say, tandoori chicken and balti, but that doesn’t mean we want the strain of understanding influences that range from Thailand to Holland to a multitude of regional Chinese traditions.

Then there are the specialised flavours of the Peranakans, descendants of Chinese immigrants who developed a culture that includes Nyonya (named after the Peranakan ladies): a form of cooking so time-consuming that it was until recently – despite its deliciousness – dying out.

We conceived our trip as a three-course meal, with Penang the starter and Malacca the main course (together, these two Straits cities form a single Unesco World Heritage site). Kuala Lumpur, we decided, would do nicely as dessert.

Penang isn’t big – fortunately, because we kept getting distracted by food so delicious and cheap that stretchiness of waistband rather than wallet was the only restriction. After a quick stop for char koay teow – flat noodles fried with prawns, sausage and duck egg – we sat down at Kabee Cafe’s outdoor tables. These offered some respite for those who are likely to wince at the cafe’s neon-bright interior, although after pulling fierce chillies out of squid-pocked tomyam soup, we were wincing anyway.

Walking home past a night market, we soothed our scorched tastebuds with sea snails flavoured with curry leaves, and chilled beer. One of Malaysia’s charms is that alcohol doesn’t seem to annoy the teetotallers: little bars populated by bibulous Chinese men adjoined shops selling coverings for observant Muslim heads. The main concession to Islam is that Chinese food here contains far less pork than you might expect.

The next day, we rounded Penang’s north-east point, stopping at the wonderful fruit stall on Ah Quee Street and the Pasar Street cafe with its fantastic fried oyster omelettes, before entering the cool confines of the Eastern & Oriental Hotel.

This colonial bastion, where seaward-facing cannons guard the pool, has repurposed street food for palace-dwellers. Premium mutton was gently curried; succulent satay had nothing whatsoever in common with those desperate little sticks you see in Britain. It wouldn’t be hard for fish-head curry to taste better than it sounds, but this rich seafood stew was wonderful.

Malaysia’s great luck is its fruitfulness. Markets overflow with fuchsia dragon fruit and vermilion chillies, and the possibilities for pescatarians are astonishing. Heading south, we paused for a kind of palate-cleanser at Pangkor Laut, a luxury resort island where Uncle Lim cooks sweet-sour Peranakan delights: prawns zinging with tamarind and sweet soy, fish soup aromatic with lemongrass and pineapple.

With no monsoon season, there’s year-round fishing here; next door, Pangkor Island has become Malaysia’s biggest anchovy outlet. Fishermen blanch their catch in seawater, then dry them on the dock: the tiny translucent strips carpet the jetty, twinkling in the sunlight as they dry.

Malaysians love anchovies, as fried snacks (ikan bilis) or an essential accompaniment to a Nyonya meal (along with hot sambal sauce and acar, a vegetable pickle). The country’s best breakfast, nasi lemak, combines sticky coconut rice, boiled egg, peanuts and ikan bilis with sambal belacan, a spicy shrimp paste more effective than caffeine as an early-morning sharpener. This amazing dish was available everywhere, and proved so addictive that for weeks afterwards I woke disappointed not to be able to kick-start my day with it.

Watching your waistline? Healthy Foods To Try On Your International Vacation

Honkers has culinary highlights, too: 5 Must-Eats In Hong Kong

In Malacca, if you bypass the obvious – the enormous rust-coloured Stadthuys, the tacky affectations of Jonker's Walk – you’ll find a port city that was once a trading post so desirable it was conquered by everyone from Malay sultans to the Portuguese, Dutch and British. Malacca is still a trading city: if the locals spot a need they fill it.

If Nyonya food is everywhere from hawker stalls to hotels, it’s because Malacca has located a hunger for culture-defining delicacies you can’t eat elsewhere – and is busily satisfying it. Kuih, gelatinous sweet squares, dot the street stalls; otak-otak, aromatic, spicy fishballs, grace the cafes. In a great little place called Kochik Kitchen we tried Nyonya laksa – fish soup that is creamy with coconut, unlike its Thai-influenced Penang equivalent, which is assam (sour) and spicy, firing the tastebuds down the side of your tongue. Down south, it’s a mid-tongue dish.

Kochik Kitchen’s ceiling still has a tiny peephole for the former Peranakan inhabitants to peer down on visitors and decide whether to receive them. They’d probably have recognised our laksa, but they’d have felt more at home in the Majestic Hotel, one-time residence of a 1930s Chinese businessman, where we tasted dishes as delicately confected as any Nyonya’s, including pie tee – chopped vegetables and prawns inside delicious crispy casings shaped like upended top hats – and spiced chicken.

Then it was time for lunch. On Jalan Bunga Raya, we halted at a tiny indoor market, sat at a shiny steel counter and pointed as the cook chopped and poured sauce. I don’t know what I ate so I can only tell you this: if somewhere looks worth stopping at, you should do so. You’ll be home soon, and no matter how hard you try to hunt down spices and sauces, the food simply won’t taste as good as it does in Malaysia.

We stopped everywhere: at Kok Keong for bak kee – soupy noodles with liver or intestine, rich, meaty and slightly sweet; at Medan Portugis, an open market of food stalls run by the descendants of Portuguese settlers, for incandescently good soft-shelled crab. We shuffled past a chef chopping and into tiny Teo Soon Loong Chan, where you pick ingredients from steel containers which are then transformed into fantastic food so fresh it almost bites. We ate more than we had room for, and still we missed plenty.

Malacca was great, partly because people don’t want to eat local: exotica make traders rich. But ingredients, like people, become naturalised, which is why Indians put potatoes in curry and the English eat curry at all. Nowhere is that more true than Malaysia.

In Kuala Lumpur, at Yut Kee, we ate Hainanese pork chops, a local speciality. The Hainanese, Malaysia’s last Chinese immigrants, became expat cooks to expat Brits, sparking a wonderful gastronomic conversation. The colonials wanted home cooking – but home had become complicated by Empire. So those chops are battered with flour flavoured with Lea & Perrins, the Worcestershire sauce originally from India that became integral to certain styles of Malaysian cooking: until recently, Hainanese and Nyonya cooks made their own. In that prosaic pork chop, there’s a history lesson and a world tour.

After Imbi and the kari mee, our final stop was KLCC, a shopping mall in one of the twin Petronas Towers that spike the city’s skyline. Here international brands such as Burberry and Balenciaga, as gleaming and blandly ubiquitous as the marble floors, offered proof that when you can buy everything everywhere, you may never quite know where you are. At the food court, we purchased a coconut, and raised that giant readymade glass, sliced to reveal its pool of sweet water, to the ultimate heresy of any trading nation: you can’t get this at home.

This article was written by Nina Caplan from The Daily Telegraph and was legally licensed through the NewsCred publisher network.