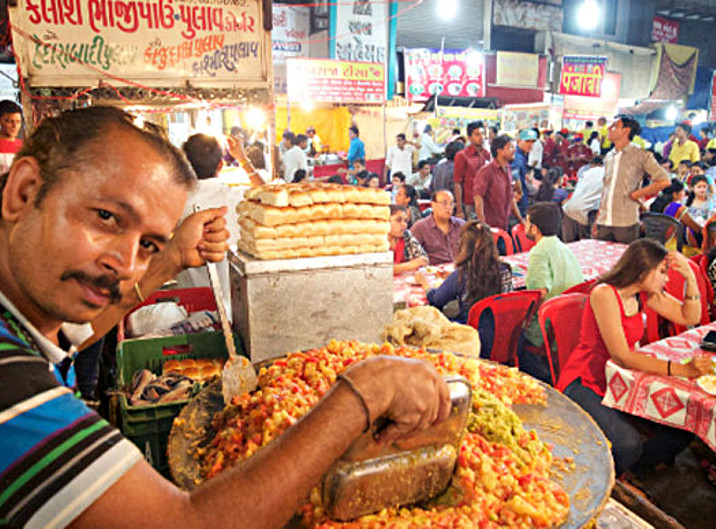 A Tour Of India's Best Curries

On any journey through India, it soon becomes clear there is no such thing as typical Indian food. The cuisine of Kerala is as different from that of Kolkata as Swedish smorgasbords are from the tapas bars of Spain.

There is a whole world of fabulous regional Indian cuisine beyond the familiar favourites of chicken tikka masala, rogan josh, malai kofta and tandoori butter naan, all of which can often be harder to find than in Australia.

Perceptions of Indian food are clouded by myths: for a start, not all regional food is “spicy”; combinations of fresh ground, roasted and whole spices are common but not obligatory; and the inclusion of chilli is by no means compulsory, either.

Lovers of the endorphin-releasing pleasure of seriously “hot” chilli-infused cooking will be able to find new levels of challenge, while taste buds prone to milder delights will find that plenty of Indians have a similar preference.

Without doubt the best Indian cooking of all is found in people’s homes, so any chance to experience this should be seized. Short of that, a knowledge of what to look out for in each region of India – and where to find it – is imperative.

Finding culinary delights in unexpected places is one of the greatest joys of travelling to any region. These are the places I would recommend visiting on a food-inspired tour of the country.

On an early morning walk in Ahmedabad’s old city, in Gujarat, my guide Nirav led me on a magical mystery tour through a labyrinth of narrow lanes between ancient mosques, temples, markets, courtyards, street-food stalls and bazaars.

By the time the tour ended at The House of MG, I was more than ready for the traditional thali lunch we had booked in its rooftop Agashiye restaurant.

As soon as we sat down, brass bowls and giant plates (but no cutlery) were placed in front of us as a man poured warm water from a beaten-up old brass jug into a bowl so I could wash my hands.

Wave after wave of waiters arrived in rapid succession, each delivering a new dish. By the time they had finished, my plate resembled an artist’s palette. My taste buds popped with pleasure as they were initiated into this culinary kaleidoscope.

If I finished anything, the waiter serving it immediately arrived proffering more – a temptation declined to avoid gluttony.

Nirav’s guided tour through the etiquette (scooping up food with my right hand) and dishes of the thali was as exciting and revealing as our city walk had been.

He also explained that Gujarati food culture was dominated by Jainism, a religion that regards all life as so sacred that not only is every dish strictly vegetarian but it is also made without anything that grows below ground in case the harvesting of it harms insects. What, not even garlic or onion? How could it still be so delicious?

Compared with Gujarat, Kerala has a plethora of places offering hands-on cooking experiences, from the family kitchens of rural “homestay” properties to luxury beach resorts along the Malabar Coast.

As the home of pepper, turmeric and cardamom, Kerala, with its historic spice ports on the Arabian Sea, has been attracting Jewish, Arab, Oriental and European traders from afar for thousands of years. They in turn have introduced new spices such as chilli, cumin, ginger and coriander to create a cosmopolitan and diverse cuisine.

My introduction to it came while attending the first-class cooking school at Neeleshwar Hermitage, a wonderfully relaxed eco-resort on Kerala’s northern coast.

Under the guidance of the resort’s chefs, we chose for our recipes fish straight from fishermen’s nets as the day’s catch came in at dawn, then hand-harvested our own organic vegetables on a neighbouring farm.

Later, to a soundtrack of pounding surf, we learnt the secrets of cooking fiery red chilli prawns peralan, a fragrant molee of fish poached in coconut milk with curry leaves, and some excellent Ayurvedic vegetarian thorans in the beachside kitchen.

Food in Kolkata is all about mustard oil, fish and panch phoron – a five-spice blend of nigella, mustard, cumin, fennel and fenugreek seeds. The city’s residents eat Bengali at home and anything but when out on the town.

Consequently, although you can easily find all the ingredients in the city markets, it is much harder to sample Bengali cuisine in restaurants.

Two exceptions well worth seeking out are Kwepies, a family-run neighbourhood restaurant in Elgin Lane, and the Indian Coffee House in College Street, which in typical Bengali style has long been valued by poets, intellectuals and students as a venue for conversation as much as for food.

Rajasthan is better known for its imposing desert fortress towns, romantic palaces, camel safaris, vibrantly-coloured turbans and saris than it is for its cuisine.

Vegetables are hard to grow here, so cereals, lentils, pulses, spices, ghee and milk are the essential ingredients of Rajasthani cuisine.

To discover how inventive desert chefs can be with these ingredients, head for Shahpura Bagh in Bhilwara, a lovely rural boutique hotel in a colonial-era former royal summer residence where guests are taken on fabulously photogenic visits to the local village and farm before cooking lessons around the pool.

In the Pali district next door, set among the Aravali Hills in a former royal hunting lodge, Rawla Narlai offers guests what must be the most romantic dinner in India, a Rajasthani thali at an ancient step well lit by a thousand butter lamps under the stars.

I found both of my most exquisite food experiences of India in Mumbai. The sinfully divine garlic butter crab served at the stalwart Mangalorian seafood restaurant Trishna is so good you don’t even notice the drab interior and abrupt waiters.

By contrast my introduction to pani puri was delivered with charm and smiles from a simple stall at sunset on the city’s Chowpatty Beach.

The moment the first crispy ball of fried wheat filled with a magical combination of tamarind and date puree, chickpeas, potato, onion, chilli, coriander, mint and kala namak-laced water exploded in my mouth was one of culinary perfection.

This article was written by Chris Caldicott from The Daily Telegraph and was legally licensed through the NewsCred publisher network.

10 Moments Not To Miss In Hobart