If you frequently travel to London, you probably know all about the markets of Portobello Road (antiques), Columbia Road (flowers) and Borough (food). This famous trio draws as many - if not more - outsiders as Londoners.

But for those keen to soak up the British capital's centuries-old market culture, without the crushing tourist crowds, there's a much more 'local' vibe - and plenty to buy and browse - at these cosmopolitan alternatives in our guide to London markets.

Dalston has become one of the city's trendiest, beardiest districts, an enclave of north-east London flush with basement cocktail bars, jazz clubs and alfresco coffee shops. But at its heart looms the ramshackle charms of Ridley Road, which was apparently the inspiration for the market in the long-running BBC soap EastEnders.

A big old delivery to Deptford today, and one hitting Dulwich tomorrow, come and get your green fix

With its multi-cultural air and recent influx of tattooed hipsters, Deptford has been dubbed 'the new Dalston'. You can certainly feel the similarities, especially on Wednesdays, Fridays and Saturdays, when a market sprawls along the high street and side alleys of this gritty south-east London neighbourhood.

Everything from fresh produce and exotic fabrics to second-hand books and vintage collectibles are up for grabs, while behind the stalls are classic shops like Manze's, which serves that traditional London dish: pie, mash and jellied eels.

Perhaps no other London market has undergone a makeover as dramatic as Brixton's in recent years. From tired and tatty, it's evolved into a vibrant beacon of trendiness, its eclectic tangle of aisles teeming with stalls, bars, cafes and restaurants.

While the outdoor sections are worth a look, it's the new covered part that most appeals, with its purveyors of Chinese dumplings, Pakistani curries and Jamaican patties (not to mention Mexican tacos, Australian-style flat whites and French cheeses, charcuterie and wine). A stone's throw from Brixton Underground station, the market is open daily (and until 11pm several nights a week). 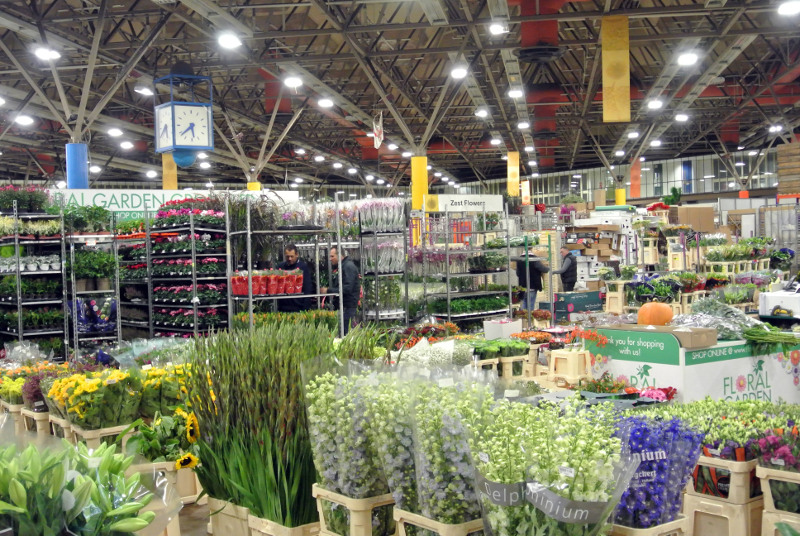 Two stops north of Brixton on the Victoria line, Vauxhall is the gateway to one of London's best-kept secrets for tourists. Housed in a brand-new indoor complex, New Covent Garden Market is a magnet for the capital's flower-sellers, a bright, fragrant space peppered with both seasonal blooms and year-round perennials. Open to the public, too - from 4am-10am, Monday-Saturday - it's a handy place if you'd like to treat a loved one to a surprise bouquet or potted plant without paying inflated florist prices.

Need a place to stay?: The Vintage Charm of London's Luxury Hotels

More places to feel hipster in the Big Smoke: Could These Be the Grooviest Spots in London?

Another hit of culture: In the Footsteps of London's Legendary Authors

Perched beside the gleaming skyscrapers of Canary Wharf, Billingsgate is a salt-of-the-earth - and pungently aromatic - slice of east London. Its stalls are laden with fish and shellfish, sourced from British waters and beyond, and helmed by traders who are known to dip into Cockney rhyming slang from time to time.

Open 4am-8pm daily except Sundays, it's a great place to stock up for a seafood feast (ideal if you have access to a kitchen or barbecue). You can also sample the fruits of Billingsgate at the market's Piggy's cafe. Its bacon and scallop rolls and smoked haddock breakfasts are popular orders.

One of London's newest markets, this weekend hub of 'gourmet' street food and drink was launched in 2010 by the railway arches of Bermondsey five minutes south (on foot) from Tower Bridge.

Revelling in its industrial-shabby chic vibe, it's a mash-up of regular traders and pop-ups, with all sorts of tantalising stuff on offer, from sizzling German sausages and Argentinian empanadas to waffles and brownies. You can refresh yourself with craft beers, ciders, gin and coffee, conjured from London's microbreweries, distilleries and roasteries.

Check out our London travel deals on hotels, flights and more!