While Bordeaux, in the South West of France, by the Garonne river, is grand and majestic, it’s also quite flat, which makes a bike ride a great way to discover the city. This tour starts at the Place de la Victoire and passes monuments, markets, churches and parks in what Stendhal called the most beautiful city in France.

The VCub public bikes are installed all over the city. You can pick one up with your credit card (it will take a deposit of 200 Euros that could several days to reimburse). The VCub app will indicate bike stands. Have fun!

Take rue Elie Gintrac until you hit (B) MARCHÉ DES CAPUCINS, the largest covered market in town that’s been around for over two centuries. This is the spot to grab some cheese, chacuterie, bread and fruit for your picnic later on.

Leave via place des Capacines and head straight down rue Clare, turn right into rue Planters and you’ll arrive at the gothic (C) BASILICA DU ST. MICHAEL. This is also the North African corner of town and there are plenty of chances for a strong shot of coffee or a sugary Algerian pastry if you feel like stopping to explore.

Otherwise, ride clockwise around the church and take rue des Faures until Rue Victor Hugo, turn left onto this wide boulevard and then right into Rue Saint James and under the impressive (D) GROSSE CLOCHE (the large bell tower) of Catholic church Saint-Eloi. 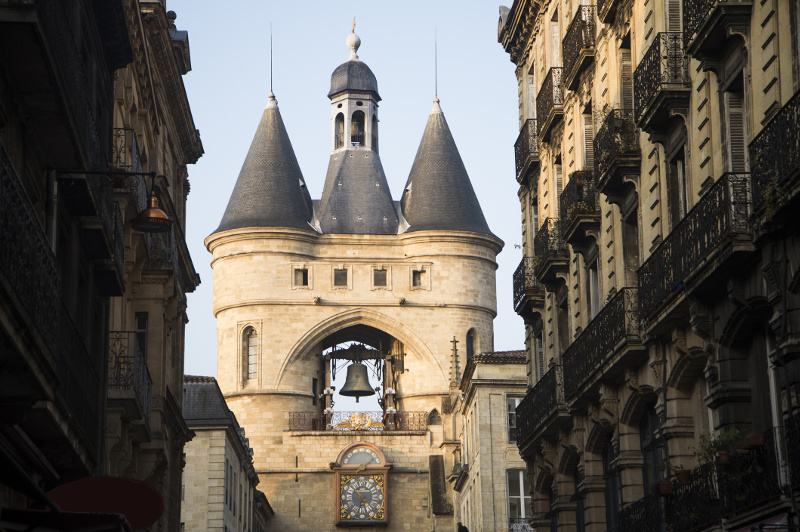 Turn left onto rue des Ayres, passing (E) RUE SAINTE-CATHERINE- the central shopping strip. If you’re up for a bit of a shop, take a detour up here, watching the locals en masse with new clothes and goods (they do like to shop in Bordeaux!). 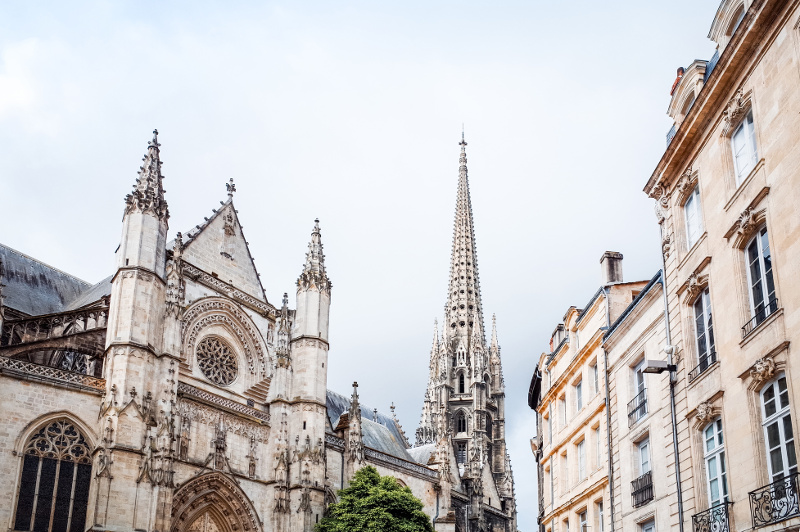 Ride clockwise around the church (watch out for the tram!) and the Place Jean Moulin, then take rue de Trois Conils and right onto rue des Remparts, then left at rue de Porte Dijeaux where you’ll pass PORTE DIJEAUX, the neoclassical gate of Bordeaux now surrounded by cafés and shops.

Circle around Place Gambetta then take rue du Palais Galien, turn left onto rue du Colisée on the left to arrive at the 2nd Century Roman ruins (I) PALAIS GALIEN.

Turn right onto rue Sansas right onto rue Fonaudège, then immediately left onto rue Duplessy until you reach the JARDIN PUBLIC (with its large lake, a natural history museum and puppet theatre). Time for a break and that picnic! 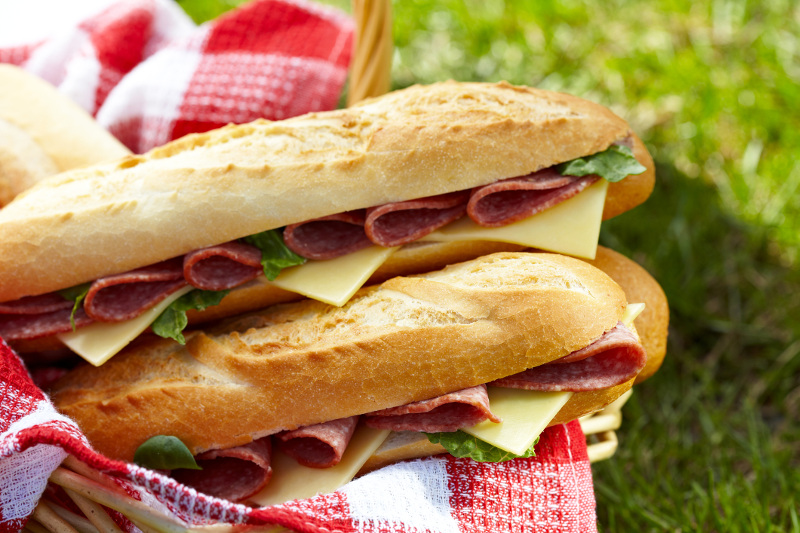 By now you should have gotten the gist of following the map and also ready to go exploring in various directions, but here are the next steps if you’re still ready to ride.

After chilling in the (A) JARDIN PUBLIC, pass the (B) PLACE DES QUINCONCES with its column topped by a statue of an angel. Check out the (C) GRAND THEATRE with its large columns close to the (D) CATHEDRAL OF NOTRE DAME. 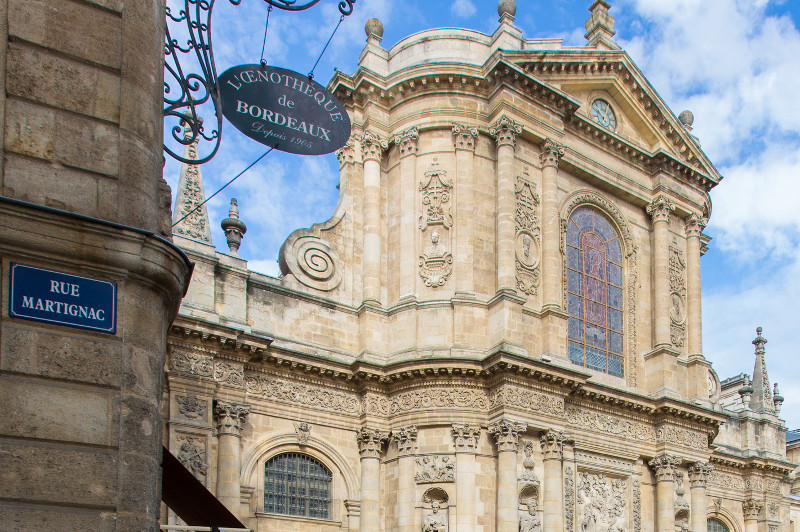 Cruise by the (E) PLACE DU PARLIAMENT. Take a coffee or beer break at (F) PLACE CAMILLE JULIAN and check the cute Utopia boutique cinema program for later. Pass the (G) EGLISE ST PIERRE and discover the cobbled back streets of this old town part of Bordeaux with its boutiques, wine bars and seafood restaurants.

Head to (H) PLACE DE LA BOURSE and watch the kids running through the MIRROR D’EAU, then head down the (I) QUAY past the cafés, stores and skate ramps. If you have the stamina, continue all the way to the (J) CITY DU VIN. It’s an appropriate way to end this Bordeaux tour where you can find out all about the wine heritage of Bordeaux, taste some of the goods and buy a bottle or two for later. Felicitations! (Congratuations)You deserve it! 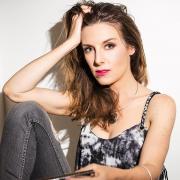 Ruby Boukabou is a travel, culture and food reporter based between Paris, Sydney and North Africa. Ruby has written for dozens of publications including Qantas in-flight magazine, The Age (Life & Style), National Geographic (Paris guide), The Australian (Travel), Issimo Magazine and The Sydney Morning Herald. She has also reported for ABC and SBS and is principal of Ruby TV. When not working as a journalist, Ruby is often performing. She co-directs the Paris Tap Crew and is a member of Paris based jazz/world music group Le Shuffle Project.

Disney World for Adults: 10 Tips You Need to Know