Few holidaymakers have heard of Fiji’s Lau Group – a string of stunning islands dangling to the far east of Viti Levu. That’s because, until recently, they were difficult to reach (unless you had your own yacht). That all changed in 2013 when, after three years of negotiations, Captain Cook Cruises started cruising to the pristine islands. 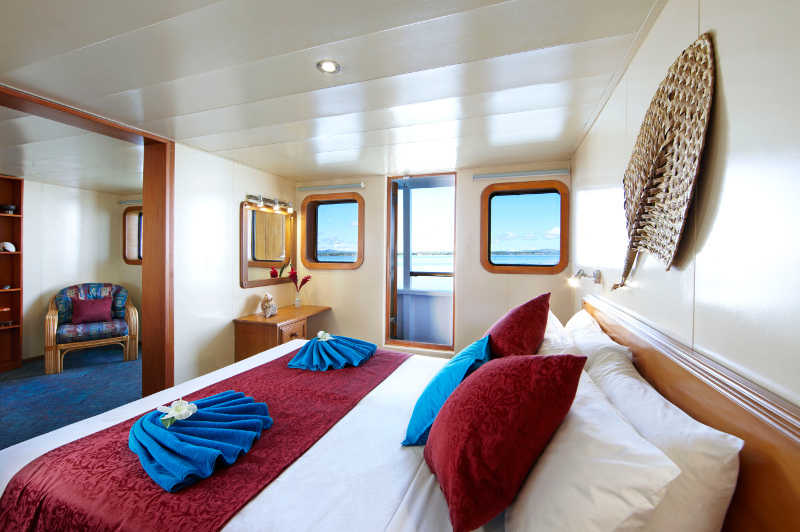 1: Set off for islands unknown

Fiji is such a perennial holiday favourite, particularly among Australians, that it can be hard to believe there’s a part of the country that’s relatively unknown. There are almost 60 islands and islets in the far-flung group; about half are inhabited. Expect a digital detox for much of the 11-day cruise.

Because the Lau Group sits between Fiji and Tonga, the islands are an intriguing mix of both cultures. People wear Tongan-style straw mats around their waists, and the rounded shape of the houses is more Tongan than Fijian in style. There are also Tongan influences in names, language and food. 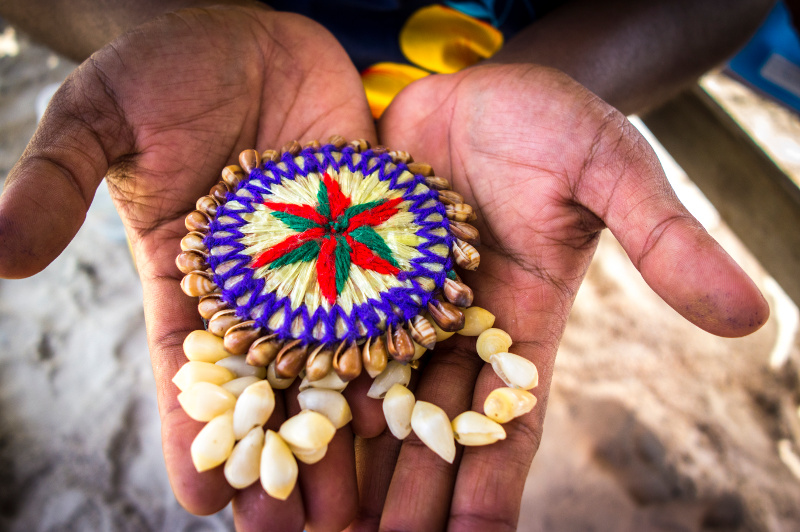 Immerse yourself in the beautiful details of local culture. Photo: David Kirkland

Fiji boasts some of the world’s best snorkelling and diving. The crystal-clear waters surrounding the Lau islands are filled with fantastical coral gardens, schools of brightly coloured fish and the odd stingray, shark and sea snake. Snorkelling is part of the daily routine aboard the 130-passenger MV Reef Endeavour.

As the ship tracks clockwise around Viti Levu, visiting several island groups, the last stop before returning to Port Denarau is Kadavu Island, famous for its turtle-calling tradition. Brightly clad women from Namuana village chant to a rhythm tapped out on a log as men scan the ocean from the clifftop. Don’t be surprised to see giant turtles float to the surface – right on cue.

Bring Fijian dollars (along with storybooks and stationery) to donate to island schools that are visited along the route. Students prepare songs and dances especially for the ship’s passengers – watching these performances, chatting to the kids and their teachers, and visiting their classrooms is a highlight. 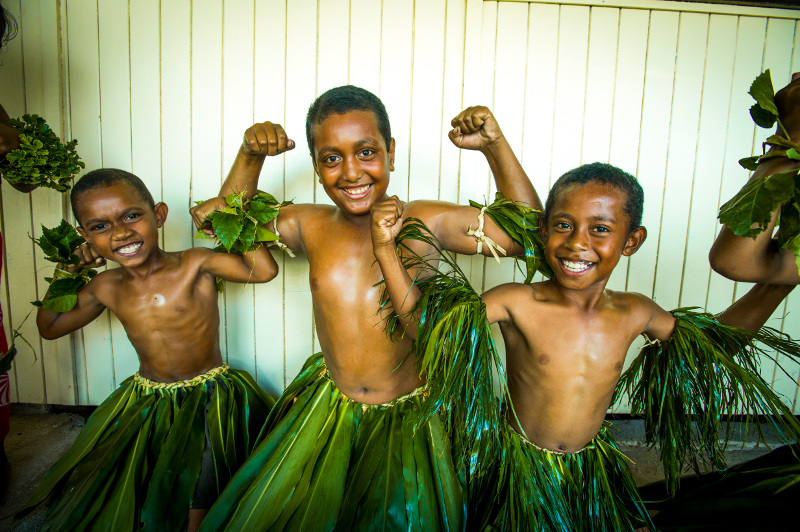 It's all friendly faces and big smiles from the local kids. Photo: David Kirkland

In the middle of now-uninhabited Vuaqava Island is a large lake. While trekking to the lake, stop to inspect skull-filled caves – the result of a 19th-century cholera outbreak. When the cruise line forged a trail to the lake, a crew member became lost for two days before tracing a wild-goat track back to the beach.

The Reef Endeavour can’t enter Fulaga Island’s shallow lagoon so passengers travel by tender into the calm waters, which are dotted with photogenic, mushroom-shaped limestone islets crowned with tenacious palm trees. Cruise around the lagoon before relaxing on the island’s white-sand beaches. 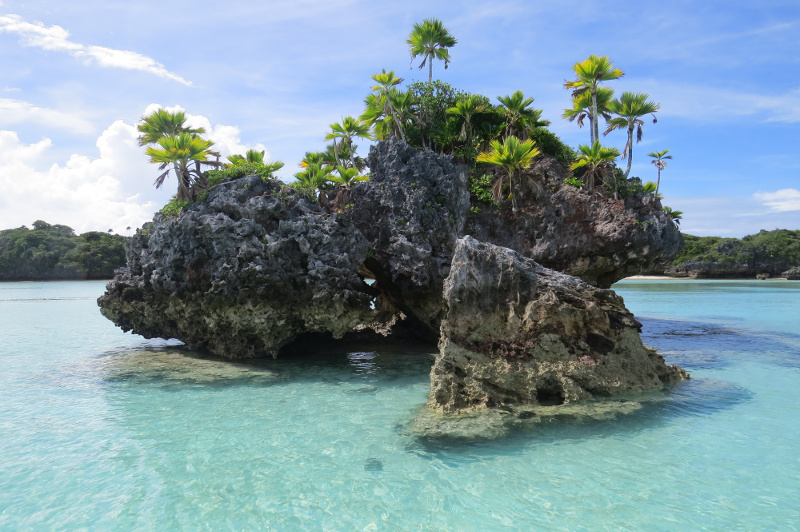 Fulaga Lagoon, one of many beautiful sights in the Lau Islands. Photo: Katrina Lobley

On Kabara Island, a hole is dug into the beach to prepare a lovo feast. Pork, chicken, fish and taro are baked within the underground oven. Enjoy the smoky, delicious meal along with performances from villagers who “dance” while sitting cross-legged on the ground wearing their straw mats.

Pack clothes that cover knees and shoulders – such as a sulu (or sarong) and a bula shirt – to visit villages and to attend a traditional church service on Oneata Island. Islanders wear their Sunday best to the outdoor service delivered by a barefoot minister. Afterwards, chat to parishioners while enjoying a freshly opened coconut.

One of the best things about this cruise is the warmth and friendliness of the ship’s Fijian crew. After dinner, join them around the kava bowl for a chat and a laugh, or agree to a dance when you’re tapped on the shoulder as the music starts playing.

Katrina Lobley is a Sydney-based travel and arts writer whose work appears in national newspapers and magazines.

What Kind Of Traveller Is Neil Perry? 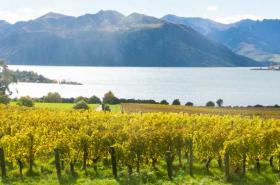 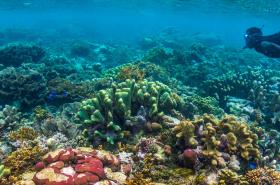 Diving Beneath The Surface In The Solomon Islands
South Pacific 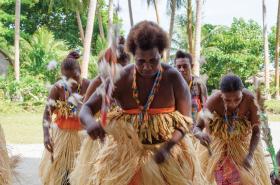 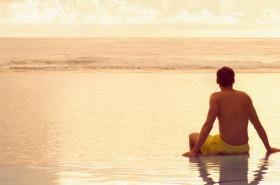