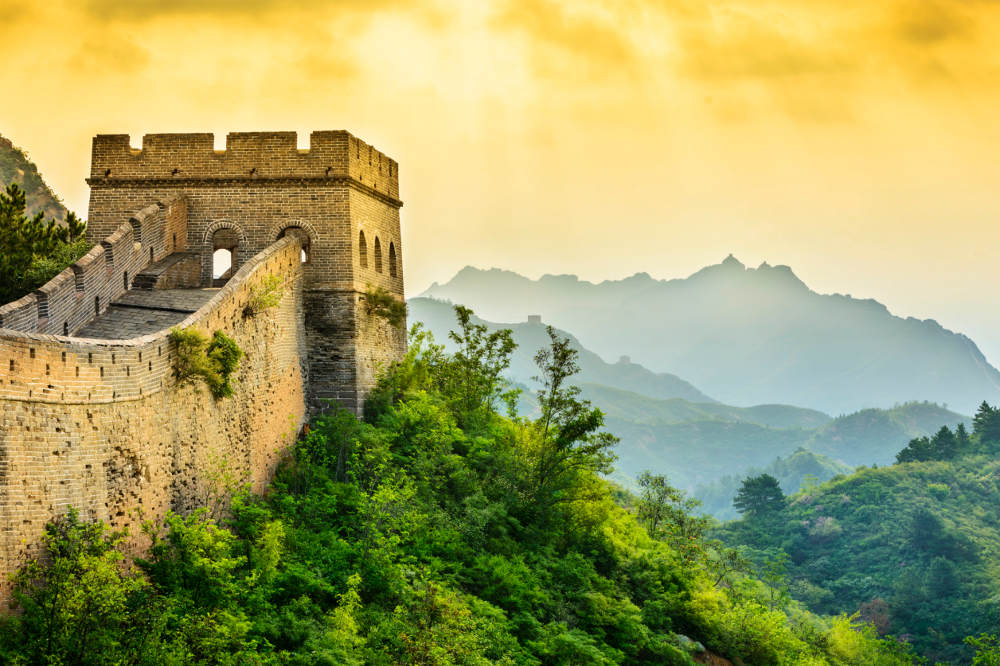 TRAVEL BLOG How To Experience The Great Wall Of China

How To Experience The Great Wall Of China

The Great Wall is far more than a triumph of engineering. It is a direct link with the legendary emperors of China’s past, and seems to embody our sense of China as a nation separate from the rest of the world.

To see the wall – made from brick, stone, tamped earth and wood – snaking away over the parched mountainsides of northern China is to imagine more than two millennia of cultural isolation and political resistance. Many people are satisfied with a day trip but for those who want to explore, it’s possible to run or cycle along sections, take a helicopter flight, spend a night beside the wall in a boutique hotel, or even sleep in a watchtower.

There are cable cars and toboggan rides for those travelling with children. Many people combine the Wall with visits to the Ming tombs, Eastern Qing tombs, the Ming-era village of Chuandixia or the Qing-era summer palace at Chengde.

The Great Wall is a series of fortifications that stretches from Shanhaiguan, on the Bohai Sea, to Lop Lake in the Gobi Desert. It roughly marks the southern edge of Inner Mongolia – formerly part of Genghis Khan’s Mongol empire.

Walls were erected in northern China from the 8th Century BC onwards, though building was sporadic. During the Qin dynasty (221-206 BC), a connected Great Wall was begun as part of Emperor Qin Shi Huang’s project to unify China. From the earliest days, the wall had beacon towers – from which flag, gunpowder and smoke signals were sent, creating the world’s first telegraphy system.

The practice of wall-building was revived with vigour in the 14th and 15th Centuries, when the Ming Dynasty found itself struggling to contain the nomadic tribes of Manchuria and Mongolia. The seven-metre-high, seven-metre-thick wall, with its 25,000 battlements, helped to bolster Ming sovereignty.

The wall we see today has vestiges of both the early and later constructions. This discontinuous chain is known to the Chinese as Wan Li Changcheng ('Long Wall of 10,000 Li' – a li is a Chinese measure roughly equal to 500 metres), or 'the Great Wall'.

In June 2012, China’s State Administration of Cultural Heritage reported – after an archaeological survey that took five years to complete – that the wall measures a precise 13,170.69 miles (21,196.17 kilometres).

Historical marvel of Angkor Wat: How To Beat The Crowds

Opened in 1958 after major rebuilding, Badaling – 60 miles northwest of Beijing – is the section of the wall that gets the most tourists. At a strategic location overlooking a long gorge, the wall here has been heavily restored and is somewhat oversupplied with restaurants, souvenir shops and guardrails.

There is even a cable car, which is popular with the hordes of day-trippers, and hotels for those who wish to stay longer. On the upside, wheelchair users are provided with ramps, lifts and accessible loos.

Though not quite as popular as Badaling, this three-kilometre stretch of Wall (75 kilometres from Beijing) still gets busloads of day trippers. The landscape here is relatively lush and the slopes steep – a short but strenuous walk will help you leave the crowds behind – and the parapets and Ming-era guard towers are photogenic. There’s a cable car ride, a chair lift and a toboggan ride, popular with kids.

This unrestored section, 77 kilometres from Beijing, feels wilder than many other parts of the wall and while hiking is supposedly banned, many people do hike here. Go with a local guide and take poles.

Pine forests, watchtowers on rocky pinnacles and steep cliffs on either side of the high ridge followed by the wall make Jiankou visually arresting. Don’t attempt a walk if the weather is stormy or the light too low.

We’re placing these two together because a popular activity is to hike the 10 kilometres from one section to the other, and have a taxi or bus collect you. The wall is steep in some parts and hiking can be hot work but after the first kilometre or so you will be well away from the day-trippers.

Jinshanling – some 150 kilometres from central Beijing – is where you can find a good mix of upgraded and dilapidated wall. It’s steep in places so you’ll need to have your hands free if walking. A few hawkers do work here but they are pretty low-key.

After major reconstruction work, Simatai – 140 kilometres from central Beijing – has reopened. The setting, on steep, barren hills dotted with trees is impressive.

Watchtowers at regular intervals help walkers measure their progress as they hike, and there is a cable-car to ride as far as the eighth watchtower. Much of this section was built during the Ming dynasty and features developments of the period, such as inner walls at right angles to outer walls, to confuse invaders, and slots for cannons.

Though only 77 kilometres north of Beijing, Huanghuacheng can feel remarkably isolated. The setting is beautiful, with chestnut trees and spring blooms – the name of the site has its roots in the Chinese words Huangse (yellow) and Hua (flower).

The wall runs underwater into a reservoir built on Haoming Lake and a short boat trip affords dramatic angles for photographs. High, wide ramparts and intact parapets and some steep sections attract hikers, though a lack of stone steps or handrails, and some shiny stonework can make things slippery – wear walking shoes or boots. You can walk to Mutianyu or Jiankou from here in two to three days.

Inner Mongolia has some of the oldest sections of the wall – including the Zhao Great Wall from the 4th Century BC, visible close to Hohhot. Trips to see accessible sights, such as the Jilu and Gaoque fortresses, are as much about atmosphere as archaeology.

Time and the climate have not been kind to the wall, and in many sections there are just smoothed-down mounds of earth. The fortified wall at Jiayuguan on the Silk Road in Gansu province is one of the most intact surviving ancient military buildings and, with its turreted towers and thousands of tombs, is an impressive site.

The Yadan National Geological Park occupies a wide valley in the Gobi Desert, dotted with buttes and rock formations sculpted by the wind. It’s possible to visit the Great Wall at the Yumenguan pass, which – along with the Yangguan pass 65 kilometres to the south – marked the western limits of China during the Tang dynasty (618-907).

In earlier times, these passes would have been the entry and exit points for Silk Road caravans trading with Central Asia.

This article was written by Chris Moss from The Daily Telegraph and was legally licensed through the NewsCred publisher network.