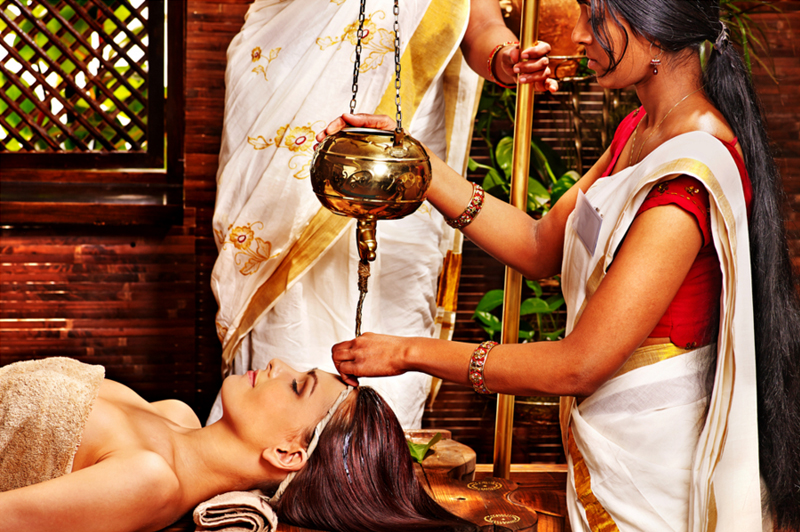 Within a few hours of arriving among the cobbled lanes of old Fort Kochi, Kerala's historic heartland, you already get the impression that this region might actually live up to its extravagant nickname. India's southernmost state is known as God's Own Country, as proud Keralites remind visitors constantly. It is a slogan daubed in lurid paint on trucks and buses, stencilled on to the rear of rickshaws and etched on to street signs.

This year, the region celebrates 60 years of statehood, with processions, performances and parties adding to the usual Kerala Piravi (birthday of Kerala) celebrations on November 1. The vibrant town of Kochi has one of the largest Catholic communities in the country (a legacy of Portuguese colonisers) and as the anniversary coincides with All Saints' Day, the festivities will be even more impressive.

After Goa became a haven for hippie beach-bums in the early 1970s, Kerala began to capitalise on its reputation as a more 'authentic' beach destination than its northern neighbour, with pristine stretches of sand but still slightly off the tourist trail. This remains the case today, with even the most accessible of beaches remaining relatively empty.

Yet the gods have bestowed more than beautiful beaches on their west-coast domain. Beyond lies a backwater wilderness of canals, rivers and traditional hamlets, and even further the incredible highland hinterland of the Western Ghats.

This mountain chain runs almost 1,600 kilometres down the western flank of the subcontinent, from the edge of Gujarat to the southern tip of India. Rising gently to a height of 2,694 metres, this is an area of incredible fertility, so as you wind upward you pass copses of rubber trees, banana, mango, papaya, cloves, cashew, spindly betel nut palms and the towering toddy palms with their hanging dreadlocks of nuts that provide the local hooch, known as toddy. Higher up you enter shady coffee plantations and, higher still, tea plants scrawl in sculptured mazes across the misty slopes.

Even in the context of this most vibrant of countries, Kerala boasts an incredible richness of cultures: Christian cathedrals soar above the historic coastal towns and colourful mosques and Hindu temples stand as spiritual lighthouses along the shimmering backwaters and up the foothills of the Western Ghats. National parks such as Periyar, Eravikulam and Silent Valley, home to elephants, leopards and tigers, are interspersed with sacred forests and fascinating places of pilgrimage.

A trip to Kerala without experiencing the backwaters is like drinking tea without a dash of delicious masala spices. This vast region of tangled waterways lies between the glimmering beaches and the highlands of the Western Ghats.

A variety of voyages are available, from half-day jaunts to overnight cruises where you can soak up the balmy atmosphere of these Indian bayous in pampered decadence. If you go for a short trip, there is often the option of motorised and non-motorised shikharas (timber and bamboo canal boats), and while a motor will clearly give you the opportunity to experience a wider area, there's no substitute for drifting silently down narrow waterways with just the dip of the boatman's bamboo punt to disturb the kingfishers that flash along the banks.

Kerala has established a reputation as a centre for alternative medicine, thanks to its practice of ayurveda, a healing system that dates back around 6,000 years. Increasing numbers of visitors are choosing to spend extended periods, often months, in ayurvedic centres, especially around Kochi.

Countless others come for a brief visit and a consultation that will give them an insight into this ancient health regimen. An introduction to ayurvedic massage at Dr Veena's Ayurmantra costs from 12,000 rupees ($A260), including pick up and drop of from your hotel, an explanation of the concepts behind this form of medicine and the massage itself, with customised oil mixtures tailored to your body type. Other centres offering similar treatments include Kochi's Haridra Spa and Sreekrishna Ayurveda Panchakarma Centre in the city of Alappuzha (or Alleppey).

The hill stations of Kerala came into their own as havens for homesick colonials, and even today they provide a perfect retreat from the tropical heat. The tea plantations around Munnar are the most popular but for a more off-track experience, head to Wayanad. Rangers at Muthanga and Tholpetty can organise guided hikes or 4x4 tours of the wildlife sanctuary.

Legend has it that the coffee bushes covering the endless Keralan hillsides are the offspring of just seven precious beans that were smuggled here from Yemen in the 17th Century by Indian saint Baba Budan when he returned from a pilgrimage to Mecca. Coffee will only grow in shade, so the plantations remain wonderful natural habitats for local endemic species.

Malabar grey hornbills and Malabar parakeets cackle in the canopy and Malabar giant squirrels (as big as domestic cats) climb jackfruit trees that are shrouded with pepper creepers. Elephants, and more occasionally tigers and leopards, are seen in plantations around the fringes of national parks.

Kerala encompasses an estimated 580 kilometres of beaches, and thanks to the geography of the state (long and narrow), you're never far from the coast. If you want simply to soak up the rays or doze blissfully under the coconut palms in between dips in the balmy water, there are endless deserted beaches to choose from. Be mindful that swimwear can attract curiosity.

Almost anywhere on the coast you can also kayak on the backwaters and canals or catch a few waves in a country that is only just acquiring a reputation as a surfing destination. The waves here are rarely big so the area is ideal for beginners or intermediate surfers. Lighthouse Beach, Kovalam, has its own surf club in the form of an organisation designed to help Indian children discover surfing.

This article was written by Mark Eveleigh from The Independent and was legally licensed through the NewsCred publisher network.