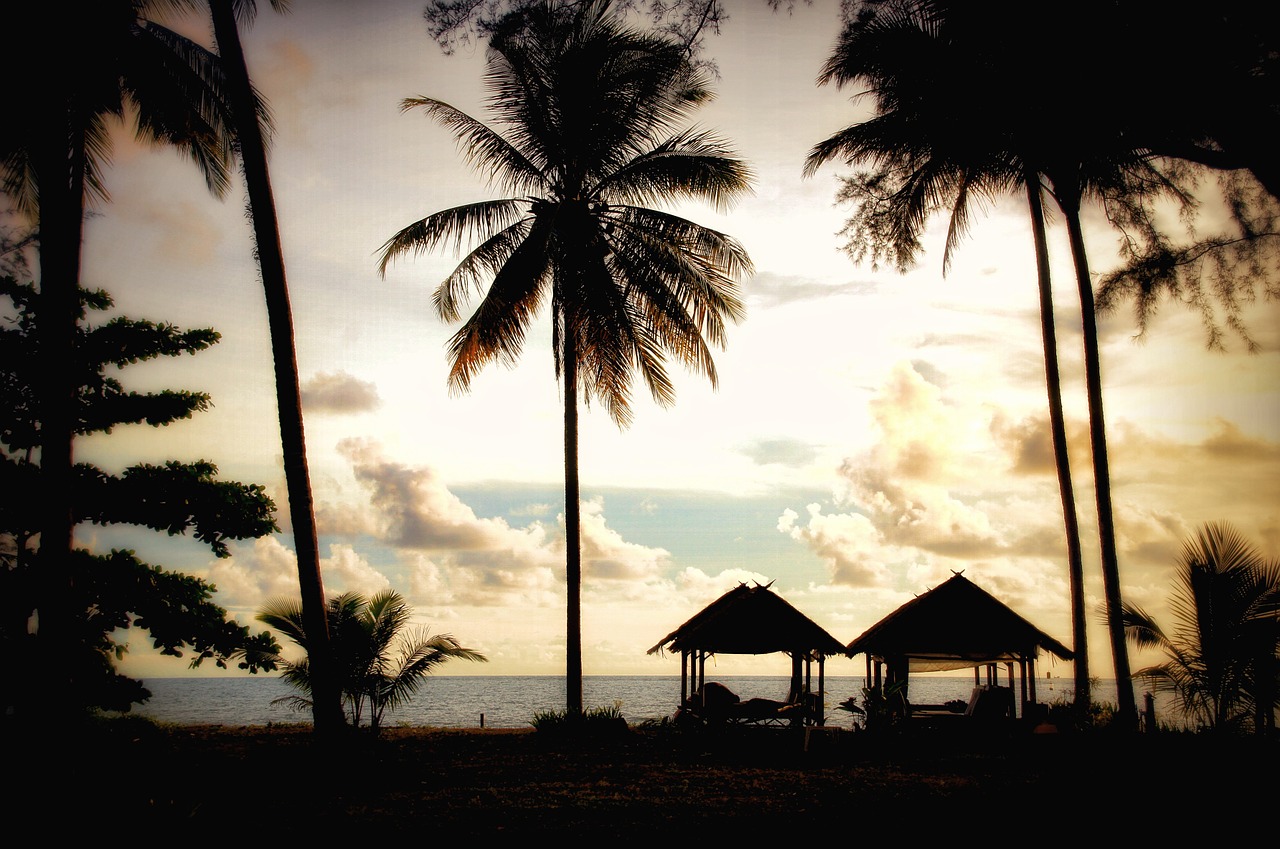 The Secrets Of Koh Lanta

The queue of mini-vans, lorries, pick-up trucks and cars stretches for 200 straggly metres down to a pier. It’s not moving, but between the vehicles nip motorbikes carrying two, three or sometimes four schoolgirls, most of whom are wearing the hijab. Welcome – almost – to Koh Lanta, one of Thailand’s lesser-known and most appealing islands. 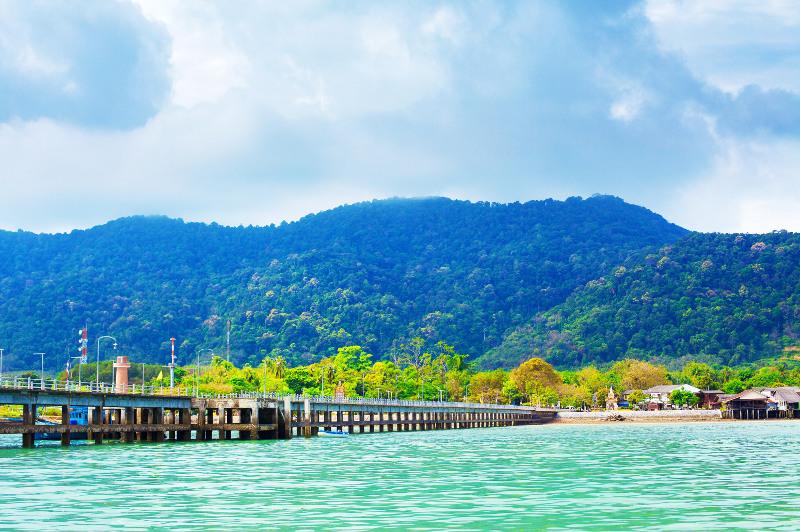 Get off the beaten track

The vehicles are waiting to join the first of two clanking, clunking vehicle ferries; rusty, shuddery old things that for the moment at least are the only way to access Koh Lanta, which is about two hours’ drive south of Krabi Airport. There, most vehicles have turned right, bound for the spectacular limestone karst world of Phang Nga Bay, with its bold eruptions of rock straight from the Andaman Sea, and its pop culture links to James Bond and Leonardo Di Caprio. But turning left – heading south, takes you into a landscape just as striking, but much less defined by crowds and speed boats and touring vessels crammed with day-trippers with stars in their eyes. 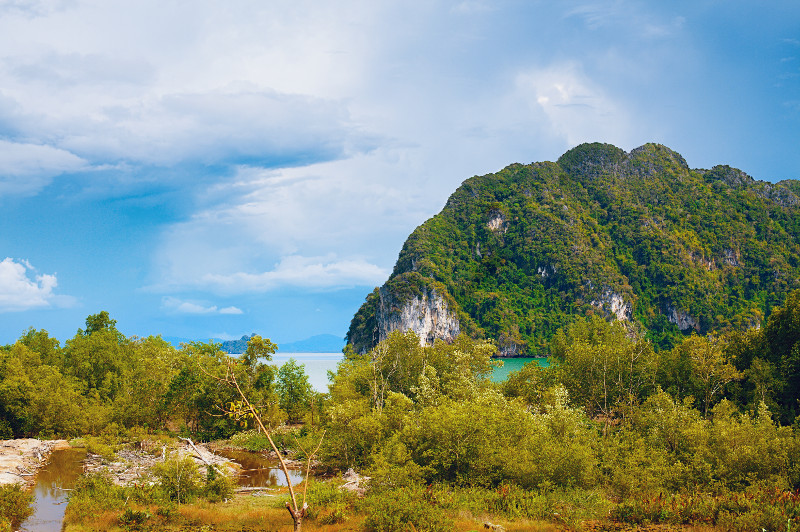 The first ferry takes about 10 minutes to reach Koh Lanta Noi – Little Koh Lanta – and already there is a palpable change in the air. Not of scenery, because there are still vertical islands piercing the horizon and dense rainforest covering the hills in every direction, but of character. You exhale. You relax.

After crossing Koh Lanta Noi, the second car ferry drops you at the edge of Saladan village, the most populous on Koh Lanta Yai (Big Koh Lanta), and then you make your way to your resort which, in the Lanta way, will most likely be small in size but big in warmth. 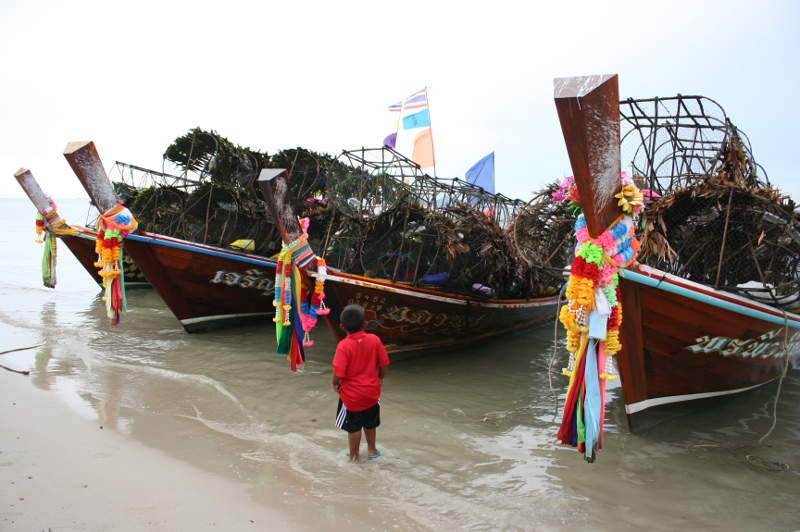 Saladan is a slow-paced island ‘capital’, with a few streets fanning out from the port, which is filled with fishing boats unloading straight onto the sand and a string of seafood restaurants rising on stilts above the water. There are the usual massage places, but apart from a shy wave and perhaps a gentle inquiry – “ Hello … massage?”– there is no hard sell here, or at the restaurants, which busy themselves in the late afternoon artfully arranging the day’s catch on huge mounds of ice.

For a change of pace: Your Destination Guide For Phuket

Dinner here is a simple affair – if choosing from one of tens of restaurants and then from dozens of enticing varieties of fish, squid and crustaceans can be simple. There is nothing flash or formal, just good food served by lantern light as you look over the water to the port lighting up and ferries sailing in from Phuket and Phi Phi. There are good bars, too, like the Fat Pig (which seems a daring name in a predominantly Muslim town – but nobody seems to bother). It shares the port view and also serves terrific food. 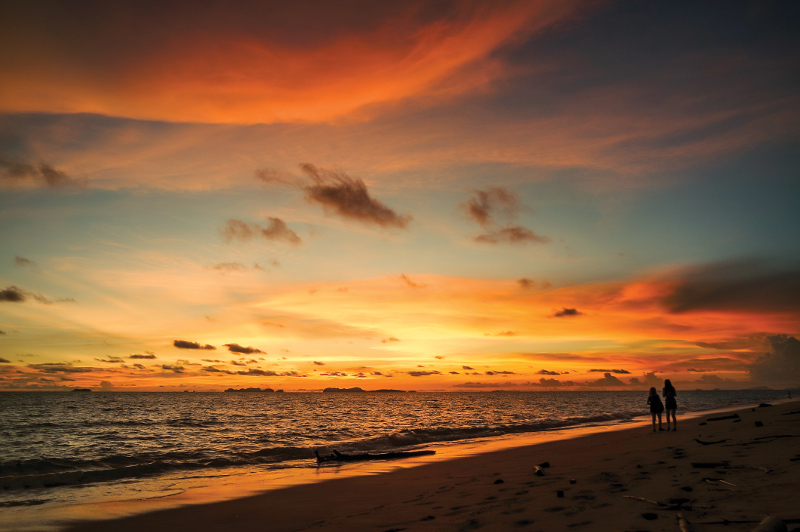 Koh Lanta’s west coast is an almost unbroken line of beaches beginning with Klong Dao, which is the closest to Saladan and the most developed on the island – but on Lanta such descriptions are relative. ‘Developed’ here means a few single-storey hotels with a handful of deck chairs around their pools or at the edge of the beach; the occasional low-key, low-volume bar; a restaurant or two; a little gaggle of massage shops; a longtail boat or two bobbing offshore. The beach is wide and sweeps in a gentle curve towards Long Beach, which is even quieter.

Further south again are Khlong Khong and Khlong Nin before you reach Koh Lanta’s finest beach, Kantiang Bay, a gorgeous curve of white sand that emerges spectacularly from lush rainforest. They are all reached by one of the two main roads on the island, which switches from asphalt to dirt as you probe further south. The other coast is mainly mangroves – often with monkeys hanging about - and less sandy except for a patch near its southern tip, close to the sea gypsy village at Ban Sangka-Ou. 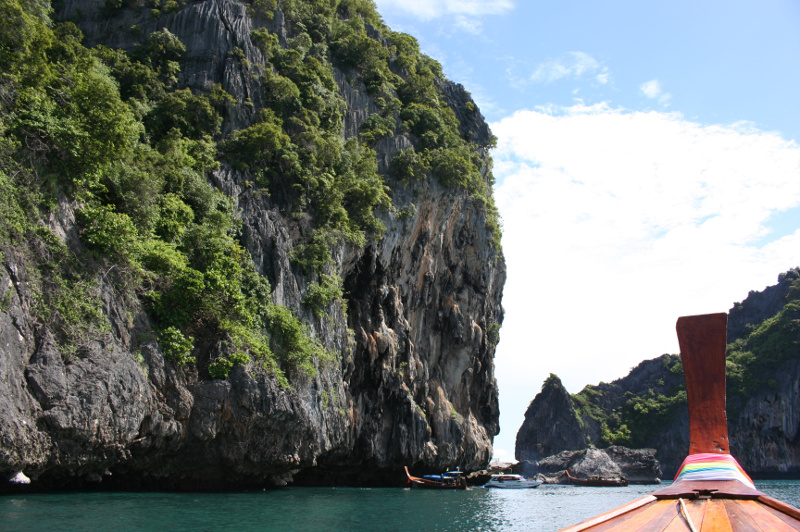 Old Lanta Town is about halfway down the coast – a charming relic of simpler times – and here you depart on the Four Islands cruise, Lanta’s best day trip. There are countless boats and longtails setting off every morning, but the best option is to rent your own boat and crew for the day, which means you can be flexible about where and when you travel.

There is good snorkelling at Koh Mook, and lovely beaches on Koh Ngai, where your longtail captain will deposit you for a picnic lunch, but the highlight is the stunning Emerald Cave. You put on a lifejacket and pull yourself – or are pulled by your boatman – on a rope into a dark cavern that after a couple of hundred metres emerges into a dazzling lagoon surrounded by tall cliffs and compete with a white sand beach. Move over Leo. Here is where you can star in your own version of The Beach.