Bangkok off the beaten path.jpg

TRAVEL BLOG Off the Beaten Path in Bangkok

Off the Beaten Path in Bangkok

Amazing hotels, gaudy temples, lip-smacking food and legendary nightlife - there are plenty of reasons why countless Australians make the journey to Thailand’s capital each year. But while the old guard attractions are still luring tourists in droves, there are plenty of other sites that offer a chance to get off the beaten path in Bangkok.

From morbid medical oddities, to Zen-Including meditation, Bangkok has plenty to surprise visitors if they know where to look. Leave your guidebook behind you and get a glimpse of the Thai capital like a local. 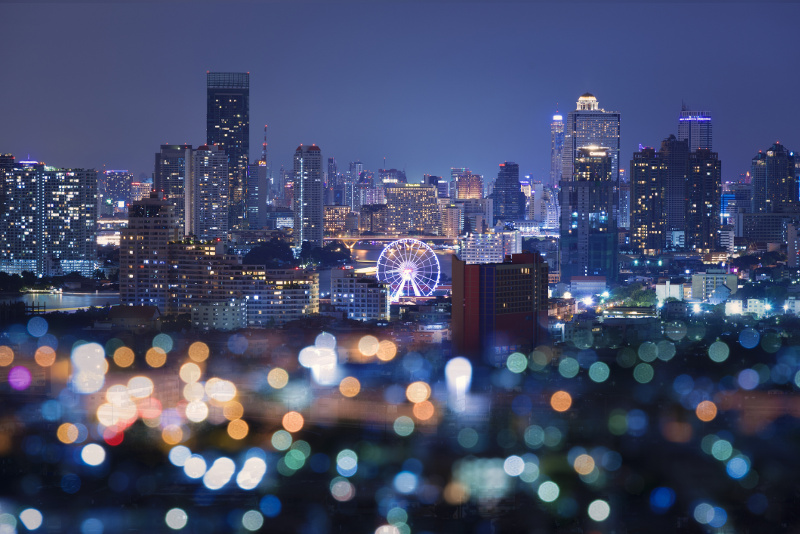 The old colonial neighbourhood of Bang Rak is famous for its street food and shop-house restaurants.

Brimming with eateries that have been serving the same recipes for, in some cases, more than a century, food in Bang Rak is as local as you can get. Veer down the narrow winding passageways, or ‘trots’, and take yourself on a walking degustation.

Most shop houses or street vendors specialise in one dish, so create a hit-list and start sampling. You can’t miss roast duck stall, Prachak, which has called the neighbourhood home since 1909. The great grandchildren of the original owner still produce the signature duck, stuffed with lemongrass, galangal and lime leaves.

Another must is pre-Word War II traditional Thai desert shop, Boon Sap, where the third-generation proprietors make treats according to their grandmother’s recipes. If you’d rather skip planning an itinerary yourself, then join a foodie tour that will cover off many of the area’s culinary gems in half a day. 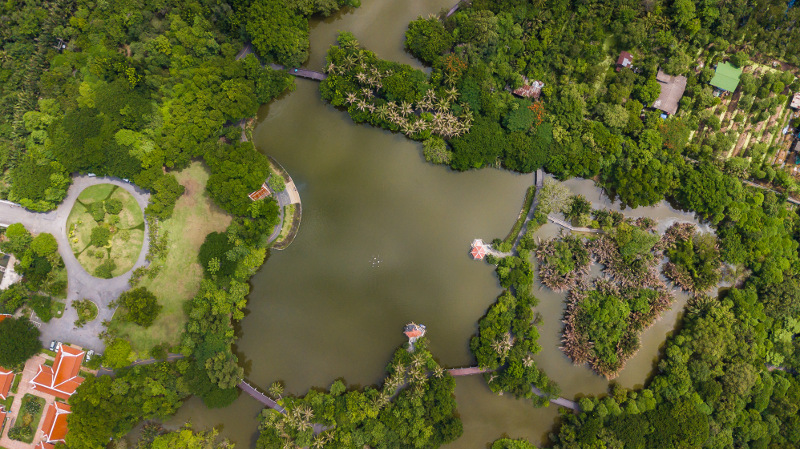 Get on your bike

An oasis in the concrete jungle, Green Lung - or ‘Bang Krachao’ - is a government-protected trove of forests, palm trees, papaya groves and Buddhist temples, surrounded by the Chao Phraya River.

Riding bikes anywhere else in the city is best left to those with a serious death wish. Here though, cyclists reign, a world away from the smog of the city. Pedal on spacious roads or elevated pathways through forest areas and weave through hamlets studded with traditional wooden houses on stilts before refuelling at local open-air food stalls serving sizzling stir-fries and fragrant curries.

Located inside the Siriraj Hospital on the west bank of the Chao Phraya River, Siriraj Medical Museum is the city’s most gruesome attraction.

A collection of several museums in one, the first pathology room displays babies affected by genetic disorders, each preserved in formaldehyde. In the Forensic Medicine Museum, the bodies of accident victims, murderers and even the dried body of a famous madman (who was known to eat children’s livers back in the 1950s) are on display. Enter with caution! 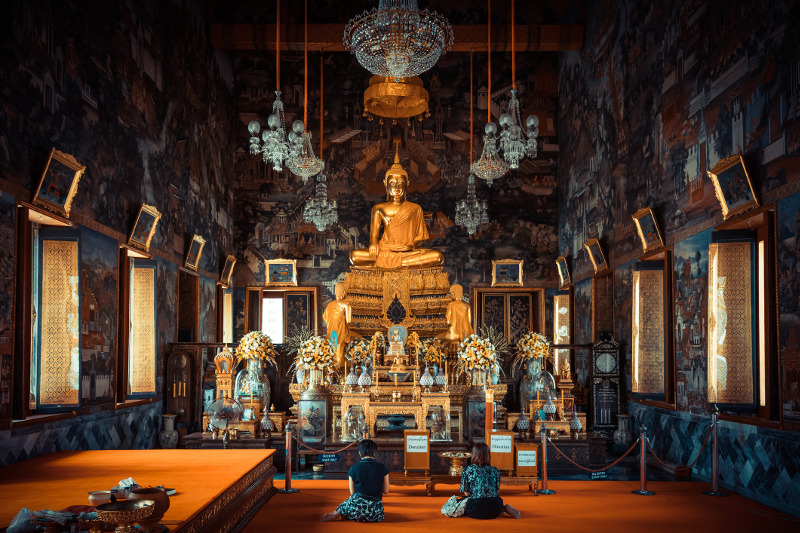 Get your ohm on

Whilst a temple or two are on the itinerary for most tourists visiting the Thai capital, those in the know can go one step further by signing up for a temple meditation course.

There are many wats (temples) in the city catering specifically for foreigners by holding meditation sessions and retreats in English. Though serenity is the ultimate goal, wannabe students should know that an average day starts with a dawn wake-up call, chores and strict segregation of the sexes. 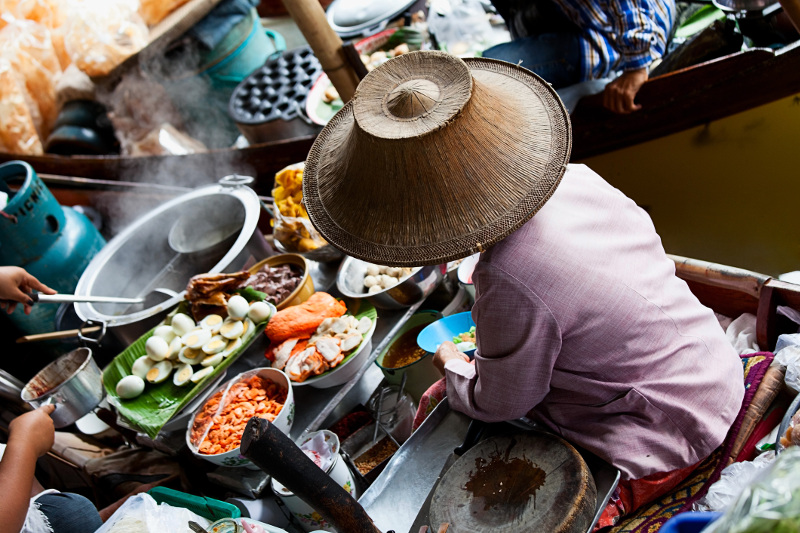 While tour buses make a beeline for floating markets that exist solely for the tourists, if you want to experience a genuine one - one that is frequented by locals - then the Bang Nam Pheung market should be on your list.

Accessible via private transportation a few kilometres outside of Bangkok, this chaotic and raucous market offers great food and a bustling village atmosphere at its most raw. 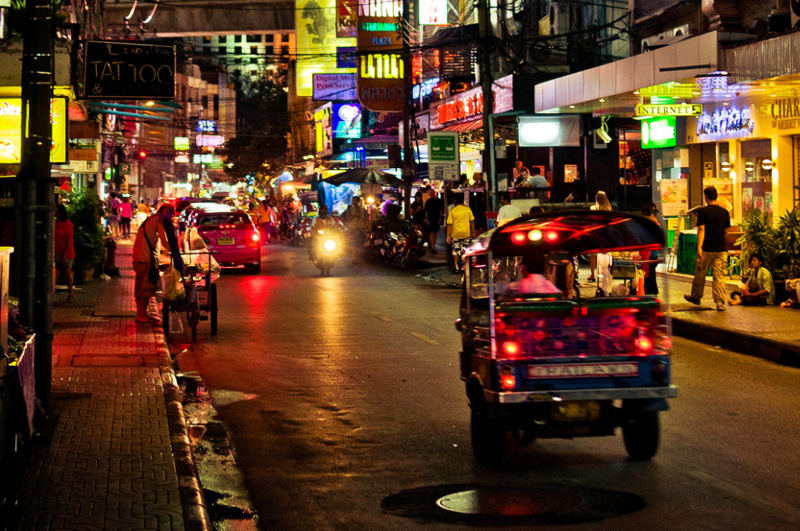 Be a Bangkok hipster

Fast becoming Bangkok’s epicentre of cool, Chinatown’s Soi Nana has become a go-to for inner-city hipsters and trendsetters over the last few years. Shabby shop house bars rub shoulders with hip galleries. The area is so hip that even New York-based kombucha company, Pure Luck, have set up an outlet here.

Get lost in a vintage-lovers paradise

An absolute treasure trove for all things vintage, Papaya Vintage’s location (a warehouse in the suburbs of downtown Bangkok) belies the literal labyrinth of antiques, junk, toys and various unclassifiable objects that fill its three-storey high, 5,000sqm space.

Sprawling and filled with narrow passageways crammed with objects, the organised mess is a mishmash of art deco chairs, pop art, vintage gramophones, disco balls, lamps and jewellery, alongside a collection of life-size figures of comic book heroes, such as Batman and Wolverine, which stand next to an impressive display of Star Wars memorabilia.

9 European Christmas Markets to Explore on a River Cruise