Nestled at the heart of the Caribbean, Puerto Rico has been seducing seafarers for centuries - not least Christopher Columbus, who landed here in AD1493. These days, the Island of Enchantment - as they call it - is the hub of the Caribbean cruise industry.

Hundreds of vessels - including those that set sail from Florida and New York - dock here for shore excursions, and it's also a major embarkation point for voyages around the region, with passengers boarding cruises destined for the likes of St Lucia and Sint Maarten, Barbados and Martinique.

Despite its relatively small size - it would fit into Cuba 12 times over - Puerto Rico offers a bounty of memorable adventures and cultural experiences (as I discover both before and after my week-long Caribbean cruise, which begins and ends in San Juan, the island's exuberant capital). 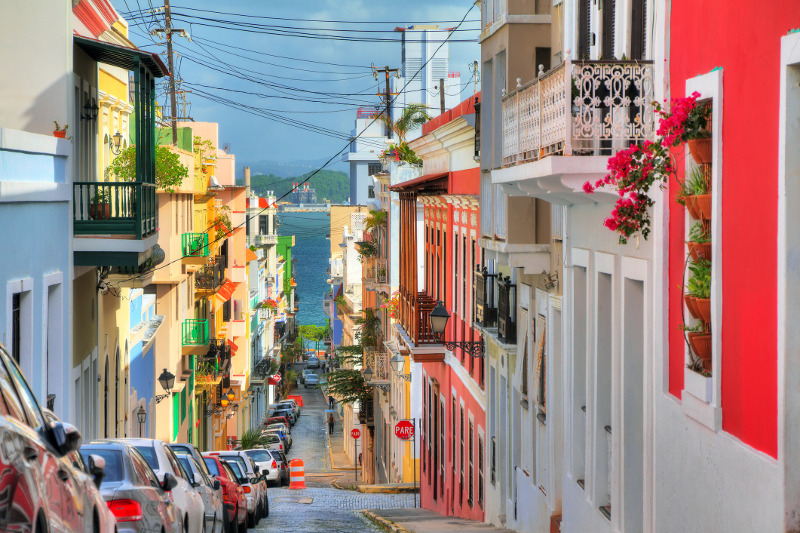 Founded by Spanish colonists in AD1521, San Juan is an Instagrammable treat to stroll around. It's touted as the oldest city on US soil (Puerto Rico was seized by the Americans in the late 19th century and remains a US territory), but as you explore its antique quarter, along cobblestone streets lined with pastel-shaded, balconied mansions and elegant churches, you could be fooled into thinking you're in Spain.

You won't see many people drinking sangria in the buzzing bars and the clubs here, though. The national tipple is pina colada - a rum-fuelled thirst-quencher 'invented' at San Juan's Caribe Hilton Hotel in the 1950s (incidentally, one of the island's most popular attractions is Casa Bacardi, which does tours and tastings at its 'Cathedral of Rum' on the other side of San Juan harbour).

Adding to the city's exotic aura is the steamy tropical heat, the hip-swinging salsa tunes drifting from car radios and people's homes and the vivacious Spanglish chatter (most Puerto Ricans are fluent in English and Spanish). 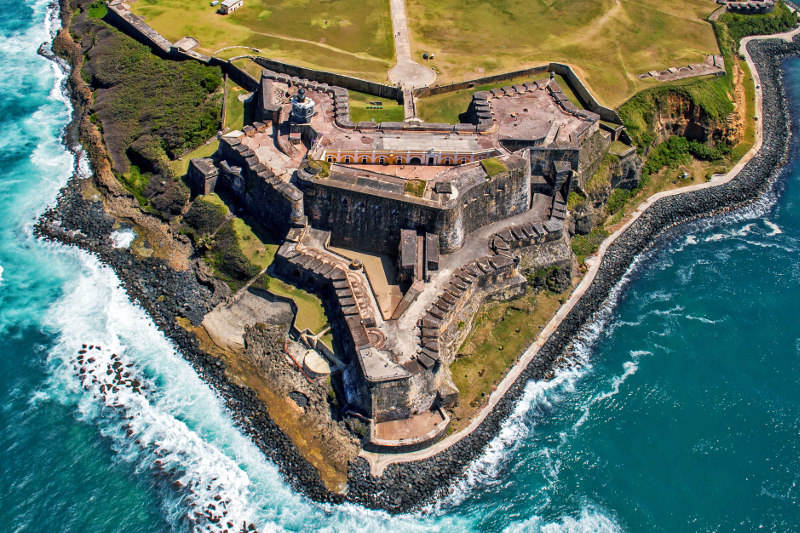 The Castillo San Felipe del Morro, or 'El Morro', withstood every attack except one short-lived occupation in 1598

Whatever you do in San Juan, don't miss the magnificent fortresses that hug the city's coastline. Dating back to the Spanish occupation, they were built to thwart attacks from pirates and other would-be invaders, and it's a thrill to roam the lofty ramparts and maze-like tunnels of these UNESCO World Heritage sites.

If you're after a keepsake, fossick the old town's galleries and craft stores, which stock hand-made gems such as wood-carved dancing couples, ceramic faces of Tainos (the indigenous islanders, who were mostly wiped out by the Spanish) and vejigante masks (colourful folkloric masks that feature in the island's countless festivals). 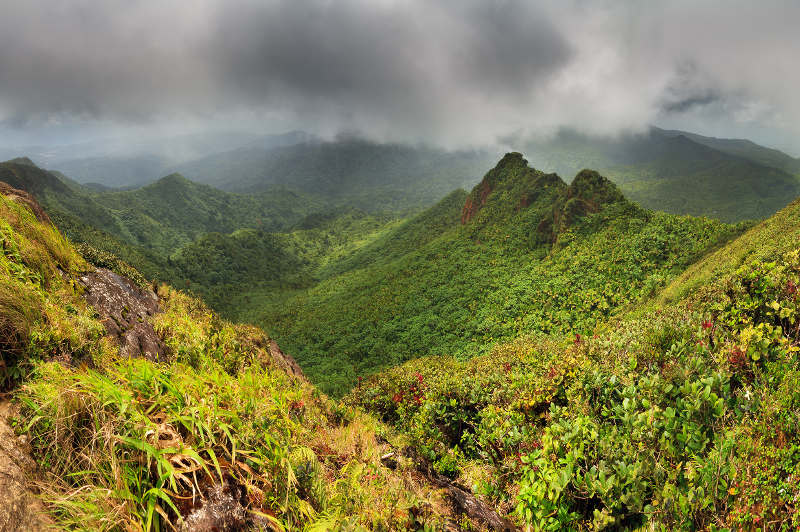 The only tropical rainforest on US territory, El Yunque boasts 25 stunning waterfalls

Welcome to the jungle

When you fancy a breather from San Juan, head to El Yunque. Starting 30km east of the city, this tropical rainforest shelters a tangle of hilly, hiker-friendly trails. As you brush past ferns and palms, streams and waterfalls, you might be lucky enough to encounter the native, thumb-sized Coqui frogs (or at least hear their piercing mating calls).

Arecibo Observatory is another rewarding day trip. Dubbed 'El Radar' by locals, it's the planet's largest single-dish radio telescope, and on tours of this jungle-shrouded facility - which you may recognise as the villain's lair in the James Bond movie, GoldenEye - you'll learn about the fascinating research carried out here (think: asteroid-spotting and hunting for extraterrestrial intelligence). 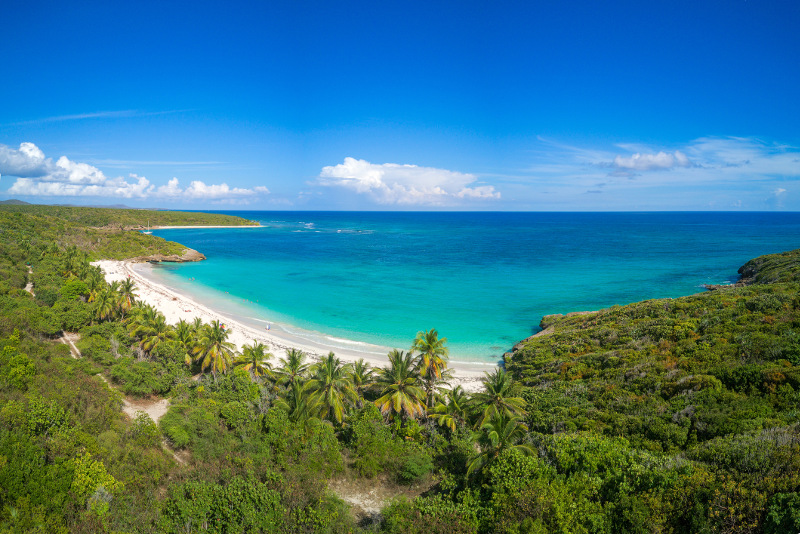 If you're anything like me, you'll be pining for a beach before too long. The best ones aren't on Puerto Rico itself, but on the satellite islands anchored not far offshore.

Accessible by ferry or plane, Vieques is my pick. Flush with pristine (and usually empty) strips of sand, and lush, rustic mountainous countryside, it's a beguilingly laid-back escape where I while away my days cycling, snorkelling, sunbathing, feasting on lobsters and sipping pina coladas.

The highlight of my Vieques stay, however, is night kayaking on Mosquito Bay. This lagoon - also known as Bio Bay - is home to millions of microscopic plankton that glow, rather magically, as you paddle through the water.