The Spooky Spires of Banff Springs

Upon entering the high-ceilinged lobby of the Fairmont Banff Springs Hotel, the sunlight is replaced by the warm glow of lamps and even the most glorious summer day becomes cool and hushed. It’s easy to believe the castle’s bevy of haunting tales as you sweep up the marble staircase and tread the plush carpet of the ornate corridors. The towers and turrets of the soaring castle are filled with authentic tapestries, decorative suits of armour and sweeping marble staircases, all which enhance the mountain fortress ambience. 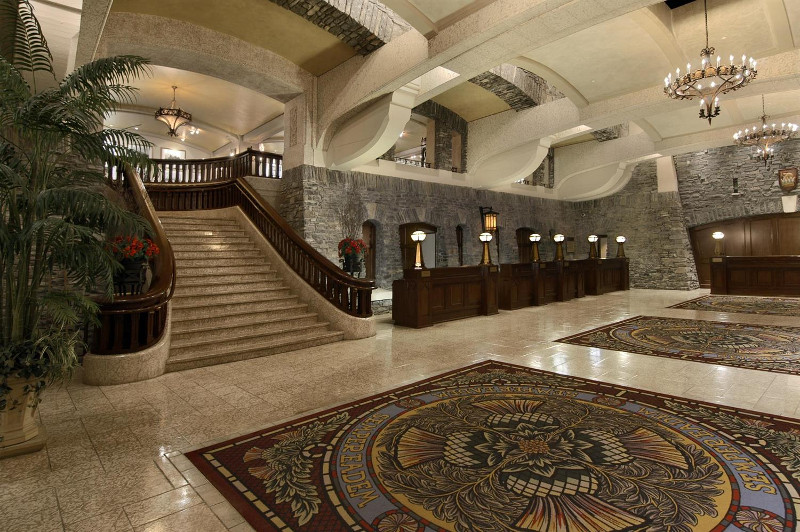 Spokespeople for The Fairmont Banff Springs are adamant in their statements that the hotel is not haunted, but Halloween is the time to indulge in a few spine tingling stories, especially in a setting as romantic as the Castle of the Rockies. 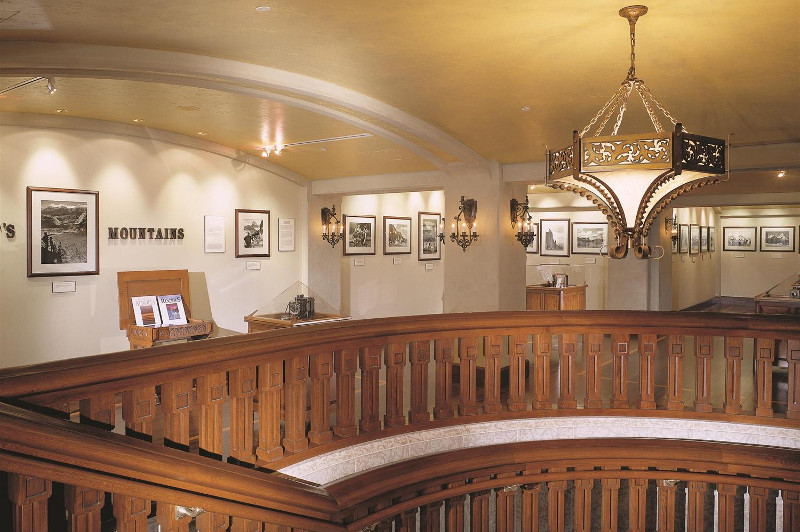 The public areas are filled with many beautiful pieces... including ornate mirrors. Photo: Fairmont Banff Springs

On the second floor, just up the stairs and close to the northern entrance, there is a ladies’ powder room – a bathroom facility that also has a gracious sitting area for guests to relax, powder their noses and loosen their corsets. On one wall hangs an attractive mirror, a replacement for a larger piece that used to adorn the space.

It is rumoured that hotel management deemed it necessary to remove the original mirror after there were too many reported incidents of strange reflections within its depths. Guests claimed to have seen another person reflected in the empty room, or a face staring back at them that wasn’t their own. It is not known what became of the mirror, but the powder room still retains a faintly mysterious atmosphere. 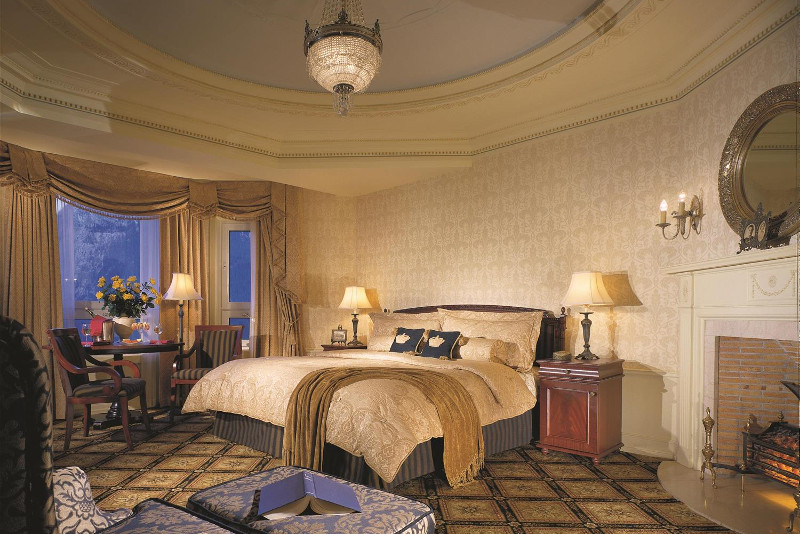 One of the castle's gorgeous guest rooms. Do the walls have stories to tell? Photo: Fairmont Banff Springs

The eighth floor corridor is peaceful and quiet, a down light shining over each room’s wooden door... except for one. The light shines down on the place where room 873 should be, but no door breaks the floral pattern of the wall paper.

Legend has it that this room is the site where a guest murdered his wife and young daughters before taking his own life. Despite the best efforts of cleaning staff, the mirror and walls would sporadically be marked by small, bloody handprints. The room is now sealed off, whether due simply to renovations or because of the small, child-like apparition that today’s guests still claim to see in the hallway of the eighth floor.

More ghostly tales: Scotlands's Most Haunted Castles
Closer to home: Travel Back In Time in Tasmania 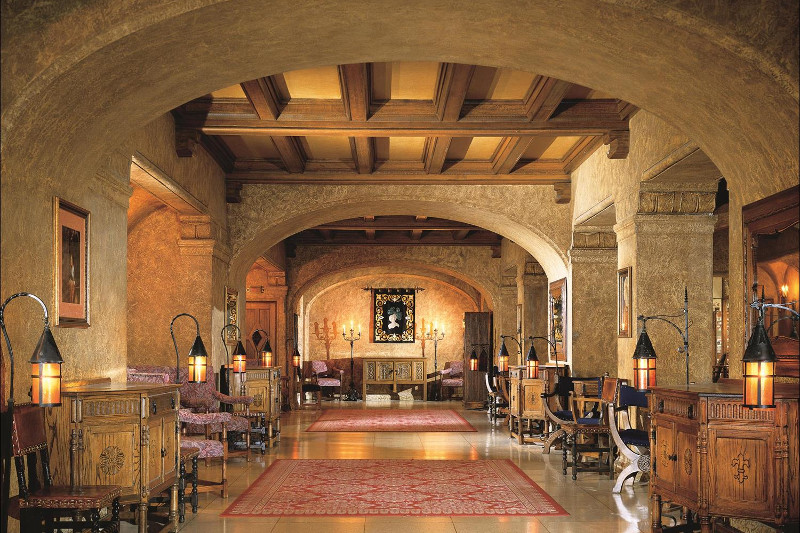 A tale is told of a cleaner who was servicing the gallery area of a Banff Springs ballroom one evening. The cleaner happened upon a gentleman attired in an old fashioned suit and hat, who was perched on an antique settee, reading a newspaper. He approached the man to ask if he needed any help, as the hour was late and the cleaner thought he may be a wedding guest who had become lost in the maze of hallways.

The gentleman didn’t respond, but tucked his paper under his arm, stood up and sprinted directly towards the cleaner, passing straight through him.

It is said that the cleaner refused to ever work nights again. 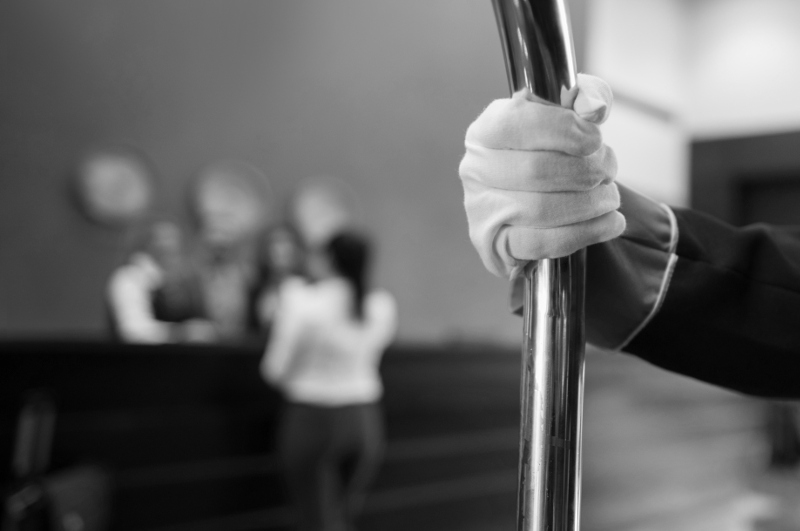 Sam McAuley was a bellman at the hotel for many years, and passed on in 1975 with a promise to haunt the halls of his beloved castle. It appears that he has made good on his promise, as guests have reported odd incidents of the elevators opening and closing without reason, and sightings of an elderly man in an outdated uniform who is very helpful with directions. 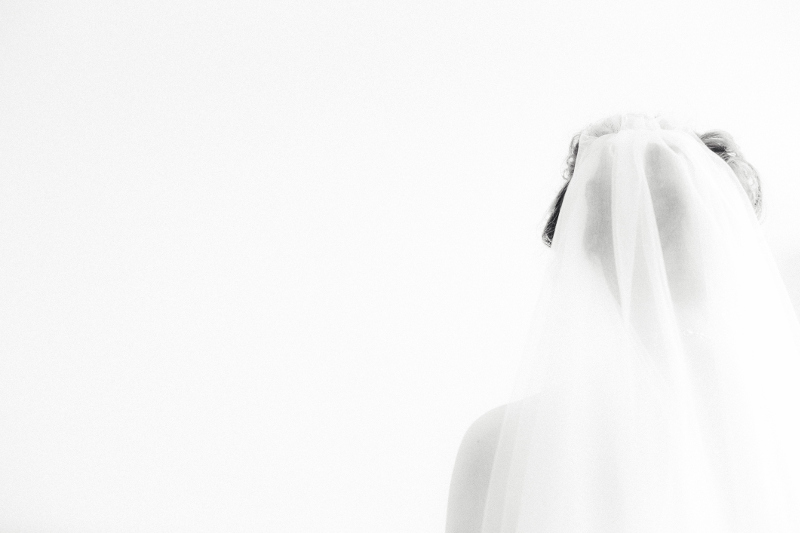 The castle's most famous legend: the ghost bride. Photo: Getty

Perhaps the most famous of all the Banff Spring’s stories, the Ghost Bride met her untimely end in one of the castle’s grand ballrooms. Descending the marble staircase in her gauzy gown, she tripped on her veil and tumbled to her death. It is said that she can sometimes be seen on that same marble staircase, and the echoing walls of the medieval hall make it easy to believe. There are also reports of a ghostly figure dancing alone on the marble floor of the ballroom, especially when moonlight makes its way through the heavy glass windows.