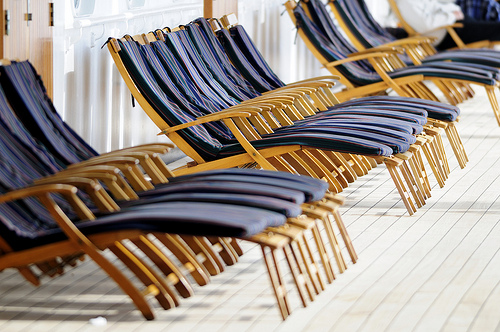 TRAVEL BLOG There's something in the water: The rise in cruising

There's something in the water: The rise in cruising

In the wake of National Cruise week (September 2-9), travel agents are booking more and more cruises for keen travellers. Yet when did this form of getaway propel itself into the mainstream holiday culture, and why is it so popular?

Results from a survey conducted by the Cruise Lines International Association (CLIA) highlighted a handful of major reasons why cruising has not only increased in popularity in recent times, but also looks set to stay on top.

Even though people often have different ideas about what they want to get out of their financial investment in a holiday, many of them find that cruises have everything they're after.

With so many cruising options, the range of products, destinations, activities, experiences and holiday lengths give the holidaymaker a chance to customise their getaway and get exactly what they want out of it. That could mean a relaxing three-week float around a few countries, or an adventure-filled week-long extravaganza.

There's also the fact that cruises, by their very nature, are worldwide. That means no matter where you are, you can take a cruise locally, but if you want to head to a certain place, there will almost definitely be a cruise that can take you there.

CLIA's survey found that the Caribbean is the number one destination of choice, while options in the Mediterranean, Alaska and Hawaii are on their way up also. Central and South America, Northern Europe tours, the Baltic and Australia and New Zealand are also gaining ground.

With a 95 per cent satisfaction rate for cruisers, it's not surprising repeat passengers are a common occurrence as once tends not to be enough for most keen travellers.

Many people will argue about the number one reason why this holiday option is so popular, but the top three are generally recognised as the high value of a cruise, the chance to see so many places in just one adventure, and the convenience of climbing aboard a ship with everything organised for you - which, after all, is the whole idea of a relaxing holiday.

See our range of cruises or phone one of our experienced travel consultants on: 13 70 71.

Hidden treasures in the south of France