TRAVEL BLOG To The Ends Of The Earth

To The Ends Of The Earth

With instant access to places, faces and inspiration a mere click away, the road less travelled may be getting more crowded and wind through more destinations than ever before, but those that want to can still venture off this path and find destinations unknown. 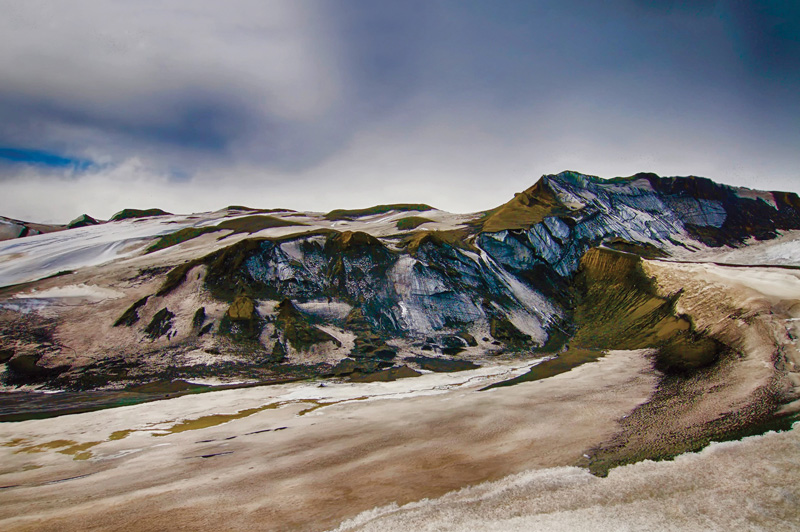 Some people travel to tick off a list, like a figurative bingo of instantly recognisable global attractions splashed across the pages of books and screens. Some for the sense of escapism it offers, shunning hotels in favour of a neighbourhood home to channel someone else’s life in a foreign place. Some head abroad for the thrills, putting their life in the hands of Mother Nature or adventure pros.

Others, however, are inspired by places not usually found all over the internet or on glamorous travel shows, where footprints are few. Think searching for toucans in the Amazon rainforest, exploring remote Attapeu province in Laos’ southeast corner on foot or conquering Everest Base Camp.

Jenny Thomas, a travel advisor from Maria, Fellowes & Turner Travel Associates, recalls a memorable trip to Antarctica she took with her husband in 2010. They travelled from Ushuaia to the Falkland Islands, South Georgia, South Shetland Islands and the Antarctic Peninsula with Peregrine Adventures.

“I suppose we chose Antarctica as it really is the planet’s ‘last frontier’. We visited places that we hear about but so few people ever have the opportunity to actually see in person,” says Jenny.

Jenny and her husband’s adventure also included animal sightings, such as a 100,000-strong colony of king penguins and a rookery of wandering albatross in South Georgia. 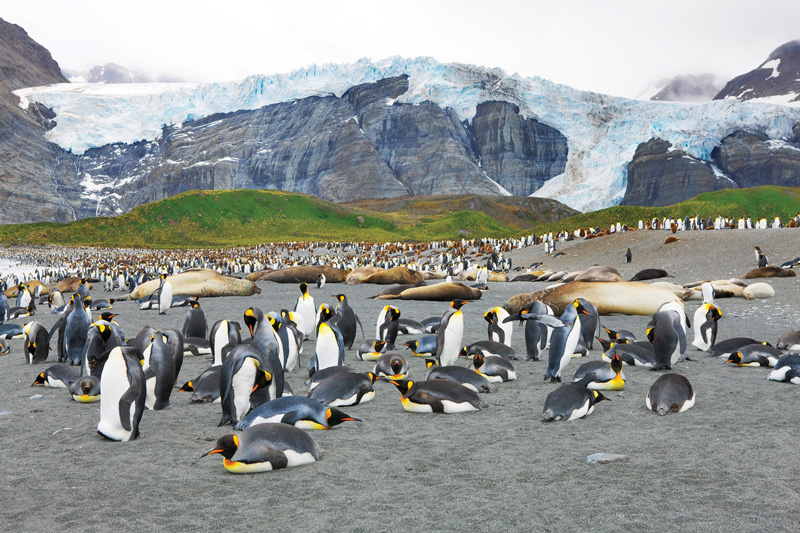 No longer the icy continent reserved for hardened explorers, expedition tours and cruises are unlocking the wonders of this harsh yet beautiful land.

Jenny counts many highlights from her 18-day journey, including sailing into the collapsed caldera of a volcano at Deception Island, seeing the ruins of the whaling station, watching her fellow travellers swim in a geothermally warmed part of the sea and toasting polar explorer Sir Ernest Shackleton at his Grytviken grave.

“I was sitting on the snow at the edge of the water, surrounded by magnificent icebergs when a raft of penguins landed to the right of me. They proceeded to re-enact the march of the penguins along the waters edge while I was mere metres away,” Natalie says.

Natalie loved Antarctica for its isolation: “It’s the absolute silence, the feeling of being engulfed by pristine nature and the peacefulness of walking where few have before me.”

In stark contrast to Natalie’s Antarctica journey was her trip to Cuba, where she felt the crowd’s energy shift during Fidel Castro’s last public appearance in 2006.

“The patriotism was so obvious in the way the crowd went silent for him. There was a real buzz in the air afterwards. I don’t think many visitors to Cuba would’ve experienced anything like it,” Natalie says. 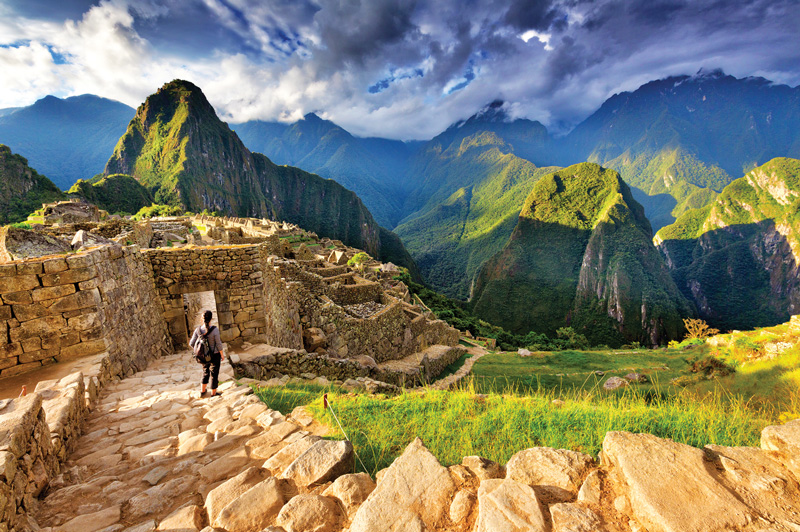 On a trip to Peru, Natalie found herself dressed head to toe in traditional costume during a homestay on Lake Titicaca. Travelling to remote locales is not without its challenges, as Natalie once found herself stuck at her ger camp in Mongolia due to unseasonal, heavy snow. However, the experience turned out better than expected, and she was then able to appreciate the unexpected sunshine of next stop, Siberia.

“I recently returned from a trip to West Africa. My interest in the area is the history of voodoo (Vodun) but I quickly learnt that up north, there is a whole other world of things to appreciate.”

Becky has visited New Orleans, USA; Puerto Rico; and the Caribbean where variations of the original Vodun practices still exist today, but she wanted to experience its origins.

“I attended the Voodoo Festival, in Ouidah, on Benin’s National Day, January 10, which was a huge celebration of Vodun with all kinds of ceremonies and events. Voodoo often gets a bad wrap but it's very interesting, comprehensive and spiritual." 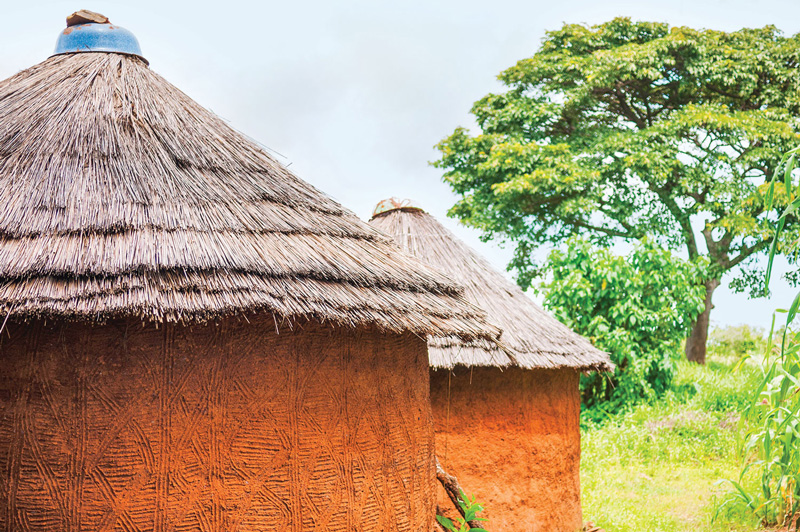 Beyond the festivities and insight into Vodun, Becky also travelled over 12 hours ona bumpy, dusty drive north of Ouidah to see the Tata-Somba houses. These UNESCOprotected dwellings can be seen for miles in these parts. Built by the Somba, or Tammari people, they are two-storey fortified houses decorated by the women using mud and animal dung in their tribal pattern, which matches the scarification on their faces.

“As a solo, white female traveller (part of a small group), I never once felt unsafe during the trip and can't recommend this part of the world enough for those who are looking
for amazing history and something just a bit different. It’s certainly not for everyone, but for those with the patience and sense of adventure (and who don’t mind a bit of dust) it is a really rewarding trip and one that you’ll remember for a long time to come. I certainly will,” Becky says. 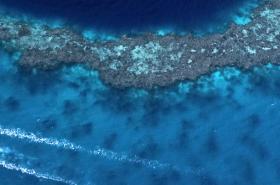 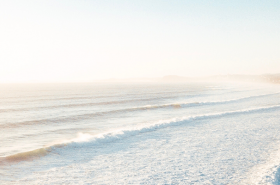 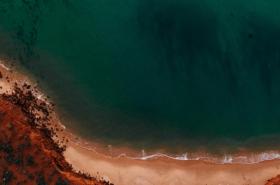