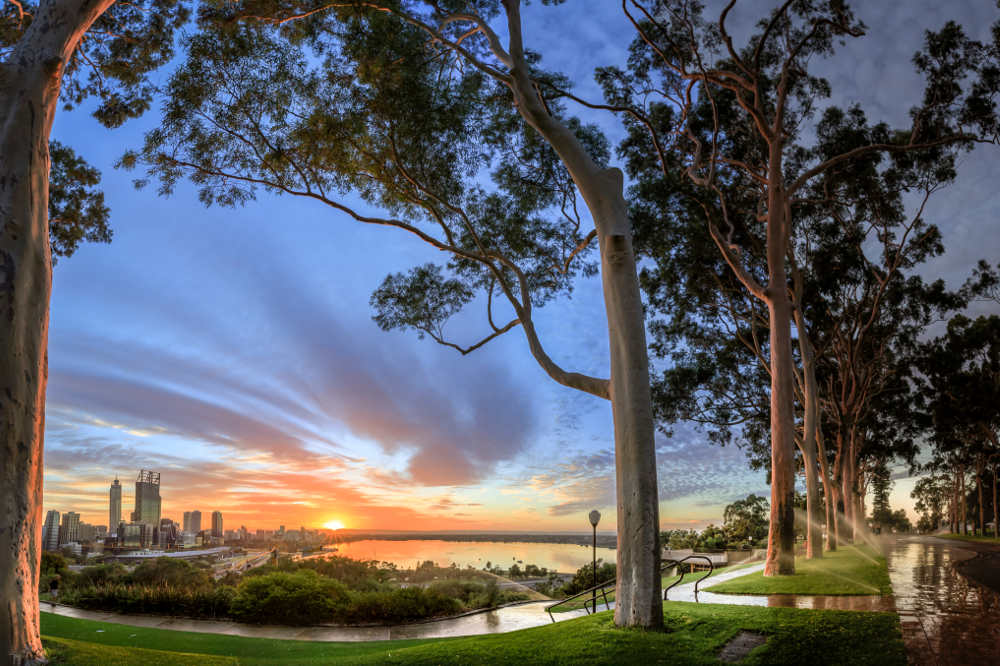 Once dubbed Dullsville, Perth – Australia's sunniest state capital – has moved on, thanks to its many independent bars and revitalised neighbourhoods. No longer a remote outpost, Western Australia's sun-soaked capital buzzes with creativity and it's about to come into bloom.

The airport is 17 kilometres south of the centre. Free, 24-hour transfer buses run from Terminal 1 to T3 where you can catch the Connect airport shuttle to five city-centre locations.

Buses depart every 10 minutes; tickets cost $15 one-way and can be bought from the driver. Taxis are plentiful and a ride to central Perth costs around $40.

The Connect shuttle's second drop-off is outside the WA Museum on Beaufort Street, which borders the up-and-coming Northbridge area – a warren of bars and restaurants. To the west are Kings Park and the suburb of Fremantle, while South Perth is beyond the mighty Swan River, but just five minutes by ferry from Barrack Street Jetty.

There's a Western Australia Visitor Centre at 55 William Street. I-City volunteers, with blue and green-sleeved shirts are on the streets to help and they also staff an information kiosk in the Murray Street Mall.

One of Perth's oldest buildings, the 135-year-old Treasury at 1 Cathedral Avenue, has been turned into 48 luxury suites – opening October 15 – with a spa and glass-encased restaurant/bar with river views.

The Alex Hotel at 50 James Street is a 74-room boutique option in Northbridge, with a roof terrace and free bicycles. Doubles from $200, with breakfast and locally roasted coffee.

Budget travellers can book a cell at the Fremantle Prison YHA at 6A The Terrace. Just a half-hour from the city centre, this Heritage-listed, 19th Century prison housed inmates up to 1991. Twin rooms are $68 a night, room only.

East of the hospital on Mount Bay Road is a series of 242 concrete steps known as Jacob's Ladder that twist upwards through parkland to Cliff Street. Huff and puff to the top to be rewarded with top-notch views of the city skyline and Swan River. Stand to the side to let sweaty joggers pass you by.

Visit the Bungle Bungles while in WA: World Heritage Sites To Visit In Australia

Or trek the Bibbulmun Track: 5 Of The Best Multi-Day Hiking Trails Across Australia

From the top of Jacob's Ladder, walk north to Harbour Town station and ride the free yellow CAT bus east to Victoria Gardens. From there, you can pick up a 2.3-kilometre walking trail that loops around Claisebrook Cove – a former industrial area turned well-heeled district studded with artwork such as Sea Queen and Standing Figure, an old river boat found and restored by artist Toby Jones and moored on the cove's north side.

The path loops around leafy Mardalup Park, with river views, then across Trafalgar Bridge and back to Victoria Gardens.

Pop into the open-air City Farm Cafe at 1 City Farm Place in East Perth, a family business that gets its produce from Perth City Farm. It serves gourmet sandwiches, quiches and soups, as well as organic coffee from Northbridge City Roasters.

Shop for a Prada purse on King Street, where all the haute-couture designers have shop fronts and the pavement is studded with fashion 'walk of fame' plaques. For reasonably priced threads, head round the corner to Gorman – a celebrated Australian fashion label – at 100 St Georges Terrace, or walk 12 minutes north to riffle through the racks of Ruck Rover General Store at 242 William Street. It is owned by sisters Claire and Isabelle Trolio and has a hand-picked collection of trinkets and clothes from both local and national designers.

Join the Two Feet and a Heartbeat Small Bars Tour run by Ryan Zaknich, whose mother inspired the company name when he asked her for a lift into town and she replied: "Get nicked – you've got two feet and a heartbeat!" A three-hour tour costs $50 a person, with a short city history, plus grazing food and drinks in three up-and-coming bars, including the independent Choo Choo's, a hip basement joint with graffitied walls.

Dining with the locals

The award-winning Trustee at 133 St Georges Terrace is the current go-to place for a posh meal. Start with the kangaroo carpaccio, then try the marron – locally farmed freshwater crayfish – served with lemon risotto. Above all, be sure to leave room for its famed homemade Snickers bar and salted caramel ice cream dessert – there are no words!

Surrounded by skyscrapers, the 19th Century St George's Anglican Cathedral at 38 St Georges Terrace is a welcome reminder of old Perth. It was built from handmade red bricks and is renowned for its bells, which peal on Sundays at 10am before Eucharist and were forged in memory of Queen Victoria when she died in 1901.

Catch a taxi west to Piccolo's Corner at 58 St Leonards Avenue – a well-kept local secret, largely because there's no phone number or website. Open 8am to 2pm on Sundays, this artsy, family-run cafe-shop serves scrumptious cooked breakfasts and organic smoothies. Cash only.

Kings Park's Botanic Garden marks its 50th anniversary this year and gives excellent city views. Go solo and follow the Boodja Gnarning trail, or learn about bush medicine and the Dreamtime on a 90-minute tour with an Aboriginal guide. These depart from Wadjuk car park Monday to Friday, 1.30pm to 3pm and 3.30pm to 5pm and must be booked via Indigenous Tours.

Take to two (electric) wheels and explore the banks of the Swan River with Segway Tours WA, which has three routes – East and West Foreshore Tours, and the Riverside Tour. They range from an hour to 90 minutes and cost $89-$129, departing from Barrack Street Jetty daily.

Twenty minutes by taxi to the north is Malaga, a suburb with a not-for-profit Native Animal Rescue centre at 170 Camboon Road. It's dedicated to the rehabilitation of sick, injured, orphaned and displaced native animals. For a $25 membership, day visitors can help out and handle some species.

Icing on the cake

Wander down Wolf Lane in the CBD. Once the city's communal stables, in five years it has reinvented itself, and now amid the graffitied walls are espresso bars and the tapas joint Bar de Halcyon. Keep an eye out for Crazy Uncle Moonshine – a locally distilled whisky.

This article was written by Emma Thomson from The Independent and was legally licensed through the NewsCred publisher network.