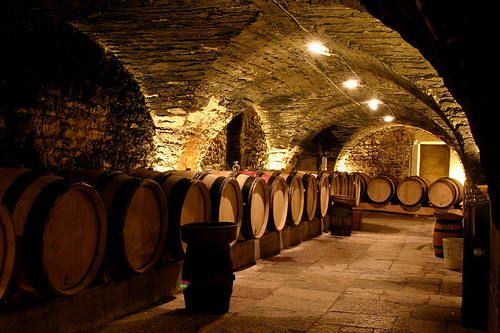 TRAVEL BLOG Winery regions of Europe - sip, swivel and swish back the best

From the valleys of Portugal and Spain, to the rolling hills of France and Italy, Europe has the highest concentration of famous wine-making areas in the world, making it an ideal destination for wine lovers.

Bur which regions are the best? Wine lovers can follow their nose to sip, swivel and swish back the best varieties of Champagne, Port, Merlo, Chianti and Rioja with our guide to Europe’s best wine regions.

What's your favourite winery region?  Tell us in the comments section below.

To sip top quality reds and white, head to Bordeaux
This world famous wine region is a haven for lovers of red, where skilled blending of Merlot, Cabernet Sauvignon and Cabernet Franc grapes produces elegant wines envied and admired by winemakers around the world. A unique set of ecological conditions, such as the calcium rich soil and an Arctic climate, contribute to Bordeaux’s success as a wine-making region. The area is split into four distinct segments, intersected by the Garonne and Dordogne rivers from which it is said the best vineyards are those that overlook the water.

Visitors to Bordeaux can expect a picturesque landscape where aristocratic vineyards are found just minutes after leaving the city. Lovers of Merlo and Cabernet Sauvignon should concentrate on the chateaux’s in the east and north segments, while those with a nose for white should head south for superior Sauvignon Blanc.

To pop a bottle of the world’s finest bubbly, head to Reims
Renowned the world over, France’s Champagne region is home to the prestigious cellars of Moet & Chandon, Verve Clicquot, Mumm, Laurent Perrier and Tattinger. Unless produced in this ancient province, a sparkling wine cannot be classified as champagne, indicating the quality and prestige of vineyards in the area. Patient winegrowers in region perfected the method of producing an effervescent wine considered the best and most celebrated in the world.

To discover the region’s finest cellars, base yourself in the Champagne capital of Reims and follow the Champagne Trail to Epernay as it winds a path through the vineyards, authentic villages, ancient monasteries and beautiful castles typical of the region.

To cheers over a glass of Chianti, head to Tuscany
Between the Tuscan cities of Florence and Siena lies a stunning hilly region famed for its panoramic views and Italy’s most famous red wine, Chianti. Thousands of wine lovers are drawn to Chianti each year for a taste of La Dolce Vita and to witness dramatic vistas over vineyard topped hills that change colour with the seasons. Compact in size, Chianti can be explored easily over a day on a tour that takes in the many castles and historic villages of the region.

Arm yourself with a map and follow a path through Chianti’s ancient wineries, many of which are housed in former castles.

To indulge your sweet tooth, head to Portugal’s Douro Valley
For those with a sweet tooth, Portugal’s Douro Valley offers plenty of opportunity to sip the sweet, fortified dessert wine named after the region’s seaport city of Porto. The countryside around Pinhão and São João da Pesqueirais is considered to be the centre of Port production and is famed for the picturesque farms that cling to the almost vertical hillsides sloping toward the river. Port is now produced worldwide, however it originated in this northern Portuguese region where the valley’s microclimate produces the optimal conditions for cultivating the perfect Port wine grapes.

To sample the different types of Port, from the aperitif and dry white varieties to the amber-coloured, rich ruby hued and vintage makes, make a beeline for the Duoro Valley’s riverside cellars before heading to the quality wineries at the top of the valley. Many tasting houses offer sampling sessions that include both Port and chocolate.

To sample robust Rioja, head to La Rioja, Spain
Those with an insatiable thirst for wine will be in good company in Spain where the average Spaniard drinks 38 litres of wine a year. Spanish wine-making’s flagship region is La Rioja, an area near Basque Country in the north of Spain. Undoubtedly Spain’s most beautiful wine region, La Rioja’s landscape is characterised by gentle rolling hills and eye-catching hamlets in the shadow of the Cantabrian Mountains.

While wine tasting through La Rioja you can sample the four distinct types of red wine produced in the region from boutique family-run wine caves to prestigious estates. Visitors should centralise their tour on Basque Country’s capital city Bilbao to make the most of the outlying villages and vineyards.

To sip a harmonious red wine blend, head to Burgundy
Amazing red wine is the cornerstone of Burgundy’s wine production in a historic region first introduced to wine-making by the Roman Empire. Burgundy has spectacular vineyards and great restaurants, making it the perfect place to have a wine and food themed tour to taste some of the best food and drink France has to offer.

The cities of Dijon and Beaune provide beautiful bases from which to meander through countless villages on a quest to sample the wine at some of the most prestigious vineyards in the world.

To sip your way around Europe call one of our experienced consultants on 1800 017 489 or email us.

5 man-made wonders you have to see before you die