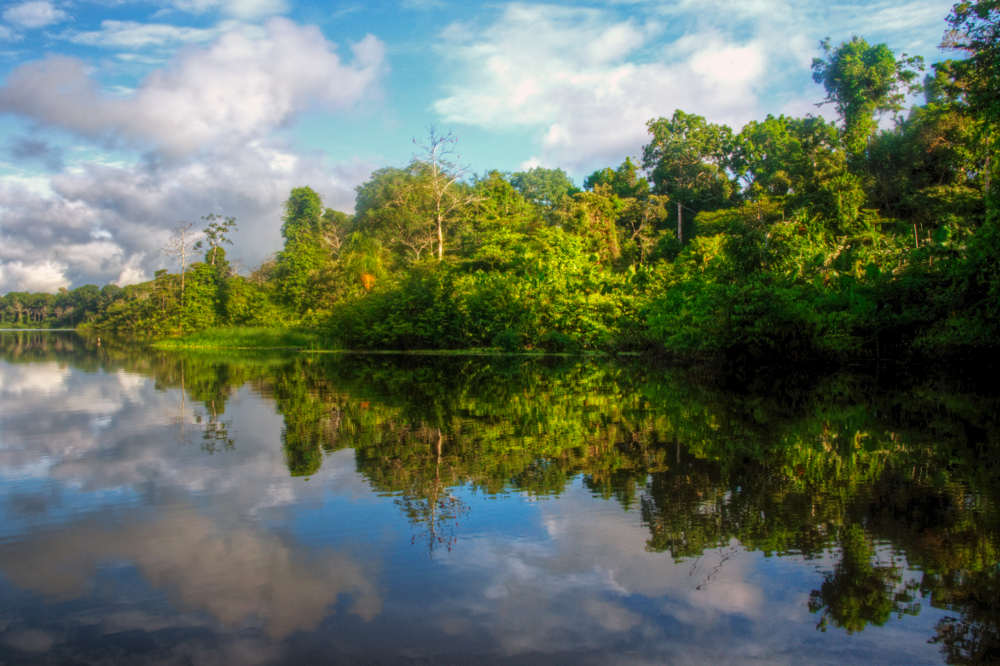 "The woods are lovely, dark and deep, but I have promises to keep, and miles to go before I sleep.” With these simple lines – the core of his 1923 poem Stopping by Woods on a Snowy Evening – the great American wordsmith Robert Frost captured an essential truth.

Although this California-born New Englander was referring to the Massachusetts backwaters where he spent so much of his life – a place of swaying boughs and autumn colours – his pen also captured the shadowy splendour that seems to bathe any location where trees are clustered. There is something magical about a journey into the forest – strolling trails under a broad canopy, with birdsong overhead.

Better still, arboreal havens for such adventures are hardly in short supply. Deforestation has become one of the planet’s most pressing issues, but 30 per cent of the global landmass is still covered by trees – from the sweltering rainforests that cloak vast areas of South America, western Africa and the Far East, to the delicate cloud forests that cast gossamer mists across Costa Rica, for example.

Then there are the groves and copses of the underappreciated tree zones of Eastern Europe and the dappled woods of the UK. Though spread across different continents, time zones and scales of temperature, these 10 destinations all offer a chance to slip away into a realm of clean air, chattering wildlife and nature at its most spectacular.

The king of all jungles, the Amazon’s mere statistics are impressive: 5.4 million square kilometres of dense foliage spread across nine countries and most of the top half of South America. Sixty per cent of the Amazon belongs to Brazil – its raw beauty perhaps symbolised by the Meeting of the Waters at Manaus, where the Rio Negro and Rio Solimoes join at what might be considered the birth-point of the Amazon. The presence of Manaus amid the trees makes this area of rainforest both accessible and remote.

So vast is Amazonia that it easily merits a second trip. Peru can claim the second-largest portion of the rainforest (13 per cent) – and makes for an incomparable journey if you begin in Cusco, descending from the Andes through cloud forest to the heat and humidity of the jungle floor.

The conservation group Crees operates Manu Learning Centre, a research station on the edge of the protected Manu National Park, where guests can take guided hikes with botanists and rides along the Rio Madre de Dios – while looking out for Peru’s national bird, the flamboyantly red 'cock of the rock'.

Costa Rica’s forest feels much less intense than the Amazonian behemoth. The Monteverde Cloud Forest Reserve – 10,500 hectares in the northwest of the country – has been protected since 1972 and is home to a remarkable biodiversity (more than 2,500 types of plant, a wealth of orchids and more than 400 bird species), yet is also geared for tourism, with suspension bridges and zip-lines.

This natural wonder straddles the Blue Ridge Mountains, the Tennessee-North Carolina state border and includes sections of the Appalachian Trail. The most-visited national park in the United States (10 million visitors a year) is home to 2,110 square kilometres of high-rise, fir-clad fantasy that reaches its climax at the 2,025-metre Clingman’s Dome.

About 1,370 kilometres of paths cater to those who want to wander the woods. And you need to stretch your legs to stay at LeConte Lodge – the lone accommodation option in the park can only be reached by hiking.

Asia’s largest island incorporates three countries – Malaysia, Brunei and Indonesia – and has some of the oldest rainforest on the planet. In some sections, the jungle is thought to be 140 million years old.

More than 3,000 arboreal species and 15,000 plant types thrive in the sunlight, and the rainforest is also home to the endangered Borneo orang-utan and the Asian elephant. The Malaysian section of the forest is the most accessible.

Beyond nowhere: Tracking Macaws In Brazil

Freycinet, Tasmania: Where Hiking Is A Luxury

Australia belies its image as a parched expanse of rock and dust in the shape of this leafy leviathan on its northeast coast. The 1,200-square-kilometre Daintree rainforest is a living companion to the Great Barrier Reef – the area is home to 90 per cent of the country’s butterfly and bat species – with tropical foliage that fringes the Queensland seafront, 130 kilometres north of Cairns.

Africa’s main contribution to the planet’s oxygen supply is situated in the west of the continent, along the Gulf of Guinea, in countries as varied as Ivory Coast, Cameroon and Angola. This is a region with security issues – but Gabon is a fine option for those who want to glimpse this jungle maze. The country has been spared the worst of the logging that has ravaged neighbouring states – 85 per cent of it is still forested.

India’s rainforest credentials need scant explanation thanks to Rudyard Kipling’s masterpiece The Jungle Book. Those visiting this colossal country’s treeline should include the northeast, where Assam borders Nepal and Bangladesh, and includes Kaziranga National Park, home to about 2,400 rare great one-horned rhinoceros.

Slovakia has a swath of forest on the northern edge of its intriguing capital. Pitched within the foothills of the Little Carpathians range, Bratislava Forest Park is home to 26 square kilometres of forest, where hiking trails meander below heavy boughs and 50 bird species, including falcons and buzzards, haunt the branches. Deer run in the undergrowth, unfussed that they are on the outskirts of a city.

The legend of Robin Hood has long ensured that this rustic portion of Nottinghamshire is far greater in reputation than it is in size. Now reduced to Sherwood Forest National Nature Reserve, this 180-hectare pocket, near the village of Edwinstowe, is still special – paths ebbing between 900-year-old oak trees as nightjars and woodlarks call.