A Sightseeing Travel Guide to Stockholm

Situated in a beautiful archipelago and spread across 14 islands, Stockholm is a city of waterfronts, bridges and beauty. Brimming with grand architecture, each of the neighbourhoods tout their own distinctive identities and the medieval old town is lifted straight out of fantasy books. There’s no shortage of sights in this lively city, so here are 12 of the best things to guide your way on a trip to Stockholm. 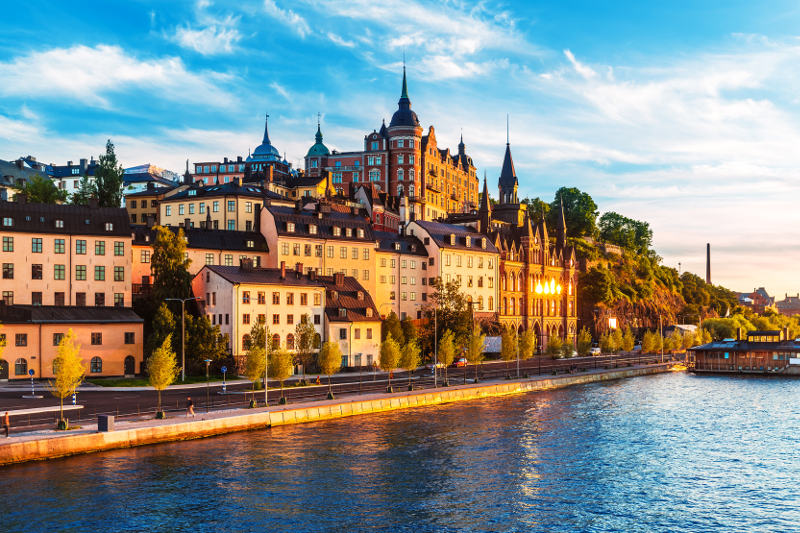 On arrival in Stockholm, make your way straight to Gamla Stan, the city’s medieval Old Town. Walk its winding cobbled streets and admire the gorgeous architecture coloured a thousand different shades of gold, yellow and orange. Coupled with the spires of the nearby churches jutting into the sky, these scenic streets will have you feeling as if you’ve stumbled into a fairy tale.

The most picturesque of streets in Gamla Stan, Prästagatn is narrow, quiet, and lined with alluring houses. Translated into English the name means Priest Street, a reference to a time when the residents were mostly Priests of the nearby Stockholm Cathedral and German Church. Make sure to look out for the intersection with Kåkbrinken, where a rune stone from around the year 1000 is stuck on the wall. 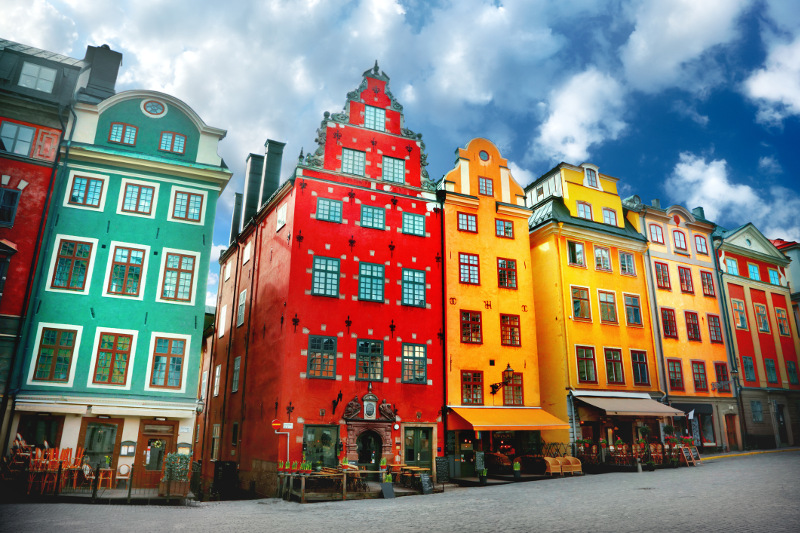 Stortorget is the oldest square in the city, once existing as a bustling meeting place and the political heart of Stockholm. It has since quietened down like the rest of the Old Town, but still remains one of the most photographed spots in Stockholm thanks to the colourful facades of the buildings that line the square as well as the old Stock Exchange Building, which now houses the Nobel Museum and Nobel Library.

The Royal Palace in Gamla Stan is the official home of His Majesty the King of Sweden, and is one of the biggest palaces in all of Europe. Different areas are open to the public, and there’s a collection of museums that explore the history and culture of the Swedish Monarchy. Don’t miss the daily changing of the guard, which happens every day in the palace outer courtyard at 12:15pm (1:15pm on Sundays). 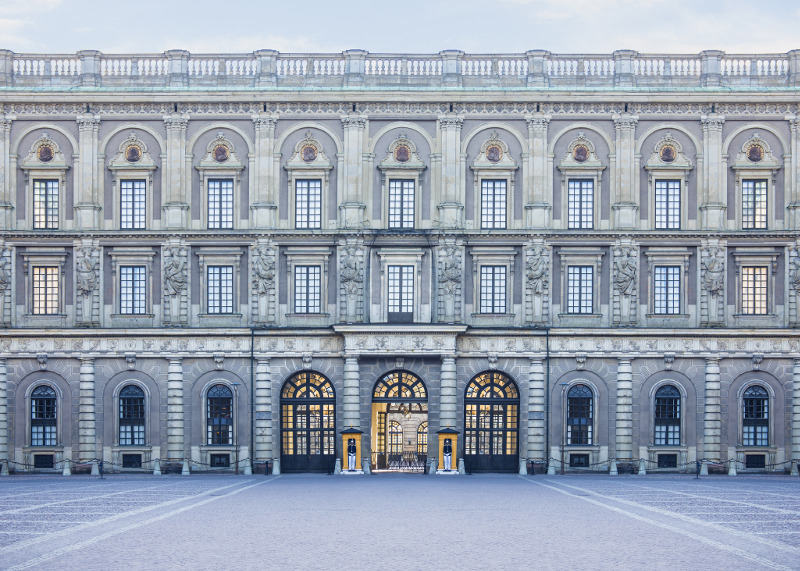 Djurgården Island is a spacious green oasis in the middle of the city. The island was the royal hunting grounds up until the 16th century, and is now part of the larger Royal National City Park which extends into the forests to the north of Stockholm. Other than being a relaxing place for a stroll, some of the city’s best museums now call the island home.

A Stockholm stadium made this list!: Incredible Stadiums Around the World

Find out why Scandinavia is one of THE places to travel this year: Travel Tips 2017 - Destinations

If there’s only one museum that you’re going to visit while in Stockholm, you should make it the Vasa Museum. Home of the 17th century warship Vasa, it’s the most visited museum in Scandinavia. The ship sank in Stockholm in 1628, and after 333 years there it was salvaged and ever since has been painstakingly restored to its original glory. It is the only preserved 17th century ship in the world; a Viking enthusiast’s dream. 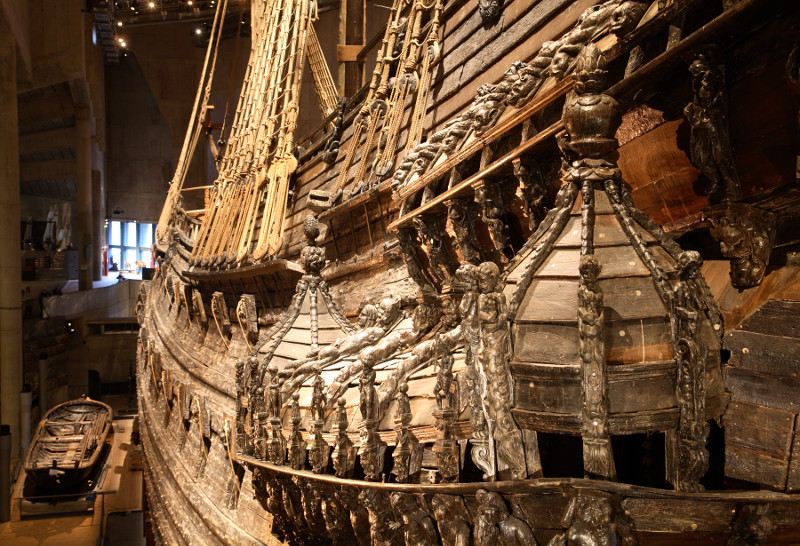 Stars of Sweden and household names across the world, ABBA are one of the most commercially successful musical acts in the history of music. Their legend lives on with this permanent exhibition in the Swedish Hall of Fame, showcasing their outfits, concert footage, interviews and more. You can even sing, dance and dress up with holograms and share the result on your social media.

One of Stockholm’s historical food halls, head here for a vibrant display of the best produce that the country has to offer. Built in the 1880s, it’s a great place to pick up some high quality food for a picnic or just sit down at one of the many cafés or restaurants for a people watching session. 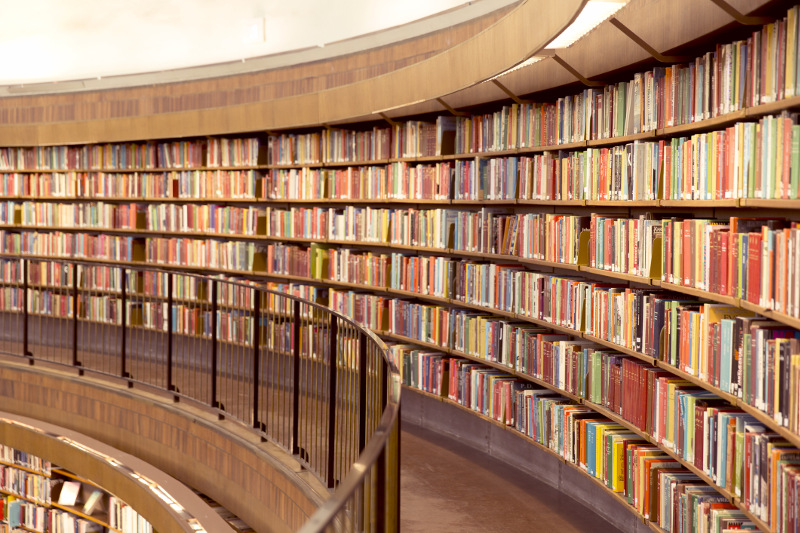 While not usually on the list of top sights in a city, you should definitely make time to see the Stockholm City Library. The main hall is a mesmerising circular room with three different levels of book-lined walls. It’s a peaceful escape and a perfect example of the modern and stylish Swedish architecture.

The island of Södermalm is flourishing with creativity, home to an eclectic collection of shops and unique eateries. On the western side there are an overload of art galleries, cafes and bars in the newly gentrified neighbourhood of Hornstull. To the east lies SoFo (South of Folkungagatn), where a myriad of funky shops line the streets selling vintage clothes, jewellery, music and high end design products. 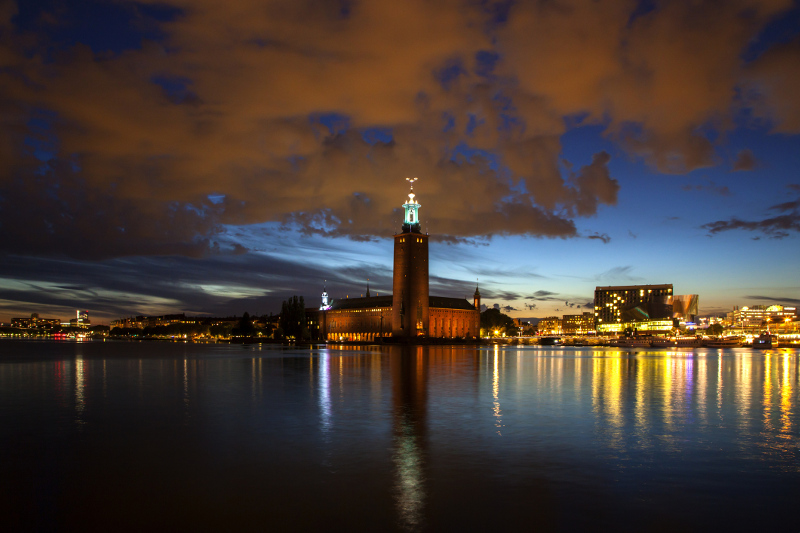 At the northern edge of Södermalm is the area known as Monteliusvägen, a walking path that clings to the top of the cliff offering amazing views out over the lake towards Gamla Stan, the island of Riddarholmen and the famous City Hall. This is one of the best spots for a panoramic view out over Stockholm.

Rounding out this list is The City Hall, one of the most famous sights along the Stockholm skyline. Home of the Nobel Banquet held every year on the 10th of December, take a guided tour of the building to explore the grand halls and admire the unique collection of art. In the summer months they open the tower, which affords visitors a spectacular view out over Stockholm and the entire archipelago.