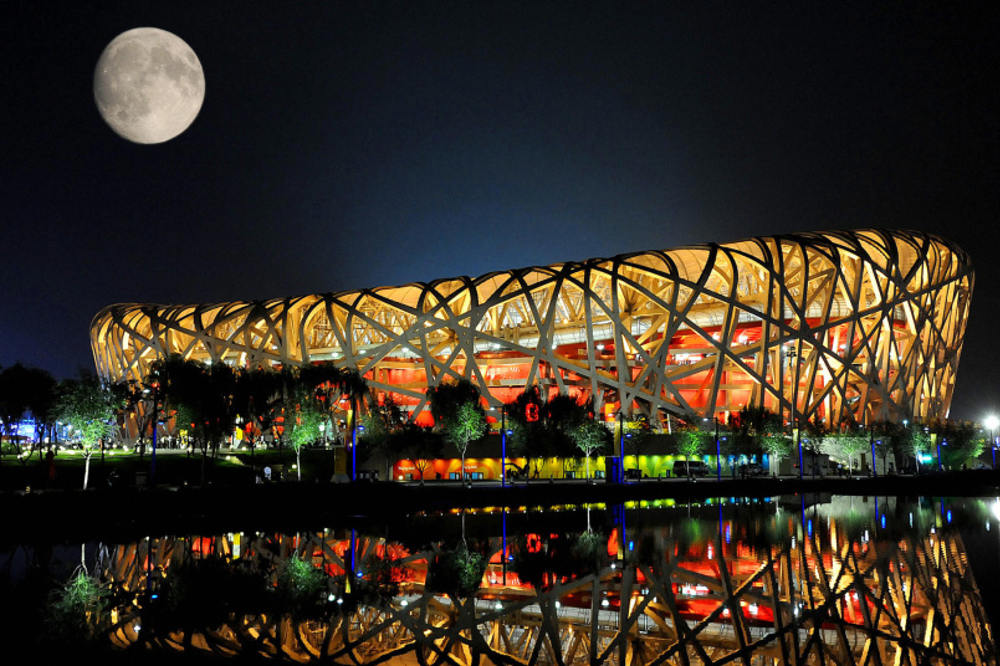 Incredible Stadiums Around The World

Sometimes it doesn't matter who's playing but where they're playing. The stadiums featured on this list don't necessarily feature the most fanatic environments but rather the most incredible appearances and architectural design.

If you're ever in town, we recommend making your way to a sporting spectacle at the follow. You might find yourself slightly distracted from the on-field action.

The Beijing National Stadium – better known as the Bird’s Nest – was the work of Swiss architects Herzog & de Meuron, who designed London’s Tate Modern, and partially designed by dissident artist Ai Weiwei in the lead-up to the 2008 Beijing Olympics. It reportedly cost 3 billion yuan ($A650 million) but officials now say it consumed an 'unreasonable' amount of steel.

It comprises an outer skeleton of 38,100 tonnes of steel, making it three times as heavy as London's Olympic Stadium. Architectural critics have said the National Stadium, to use its official name, sets standards of construction that may not be surpassed for decades.

The rectangular-shaped venue, known as the Water Cube, was also built for the 2008 Beijing Olympics to host the swimming competitions. Its exterior is clad with nearly 4,000 bubble structures meant to simulate irregular patterns of soap foam and bubbles.

Since the Olympics, half of the venue was made into a water park and reopened in 2010. It will host the curling events during the 2020 Winter Olympics.

Set on a green hill, the multipurpose venue in China has the appearance of a 'lotus in blossom', featuring a distinctive white roof with a spoke-wheel construction covering the stands and outer concourses. Built in 2005, the stadium has been mostly used for football matches, including the 2010 FIFA World Cup qualifying game between China and Burma. It forms part of the Century Lotus Sports Park, which includes a swimming pool complex.

Originally built in 1983, the Saddledome is one of the oldest arenas in Canada and hosts hockey games and music concerts. Its striking concave roof with a saddle-shaped design is symbolic of the city’s American western heritage.

With an intimate space that is smaller than most traditional coliseums, every spectator is said to have a great seat, with the longest line of sight from any seat being about 61 metres. Tours of the venue, which are free, include visits to VIP areas for various artists during concerts and other luxury suites.

Built in 1947, the historic venue is one of the world’s most renowned football stadiums, having hosted the European Cup final four times, as well as the European Nations’ Cup and the FIFA World Cup. Last year, the landmark venue owned by Real Madrid CF unveiled plans for its redesign, featuring a new facade made of "subtly curved diagonal metal louvres" with varying degrees of translucence, creating the appearance of a "shiny gem in the cityscape".

It will also include a curved promenade structure around the top portion of the facade, offering visitors panoramic views of both the surrounding area and the stadium, while the western part of the venue will house luxury hotels and leisure facilities. Highlights of the stadium tours include a view of the Real Madrid dressing room, the Presidential Box seating area, as well as tunnels, dugouts and the technical area.

Just the ticket: Your Guide To Getting Live In 2016

While you're in China: How To Experience The Great Wall

South Africa's other attractions: Quiet Reflection On A Safari

South Africa's award-winning Soccer City venue had a major redesign for the 2010 FIFA World Cup. It was also where Nelson Mandela gave his first speech in the city since his prison release in 1990.

Inspired by the shape of a melting African clay pot, its facade features sandy, earthy colours towards the top and darker shades with a ring of lights along the bottom to simulate a fire beneath the pot. Stadium tours, which run between 60 and 90 minutes, include visits to the changing rooms, players tunnel and VIP areas.

Inspired by the surrounding undulating landscape, the Pearl River Delta region of China, the striking geometric roof of the sport centre is said to be an interpretation of bamboo forests and the interplay between shadow and light between its trunks. The sports complex incorporates the typical elements of a traditional Chinese garden, featuring water courses and plants. When not hosting events, the complex is available to the public as a leisure and recreational facility.

Made in the shape of the number eight with a spaceship-like domed exterior, the hi-tech stadium in Japan has a futuristic feel. It features a sliding pitch system, which allows it to transform from a baseball field to a football pitch (and vice versa) by switching between two different surfaces. The conversion process takes about five hours.

Said to be the largest hemispherical building in the world, the giant white ball has a diameter of 110 metres and a height of 85 metres. Mostly used for ice hockey matches and music concerts, it features an inclined elevator with two spherical gondolas travelling along the exterior of the globe to bring visitors to the top of the venue, from where they can enjoy unrestricted panoramic views of Stockholm. Tours of the venue are available during the summer and on weekends.

Shanghai’s striking tennis stadium was built in 2005 to host the ATP World Tour Finals. It features a steel roof with eight petal-shaped structures, resembling a magnolia, the city’s flower. The sliding panels are opened and closed to accommodate indoor and outdoor events.

A Perfect 24 Hours In Waikiki