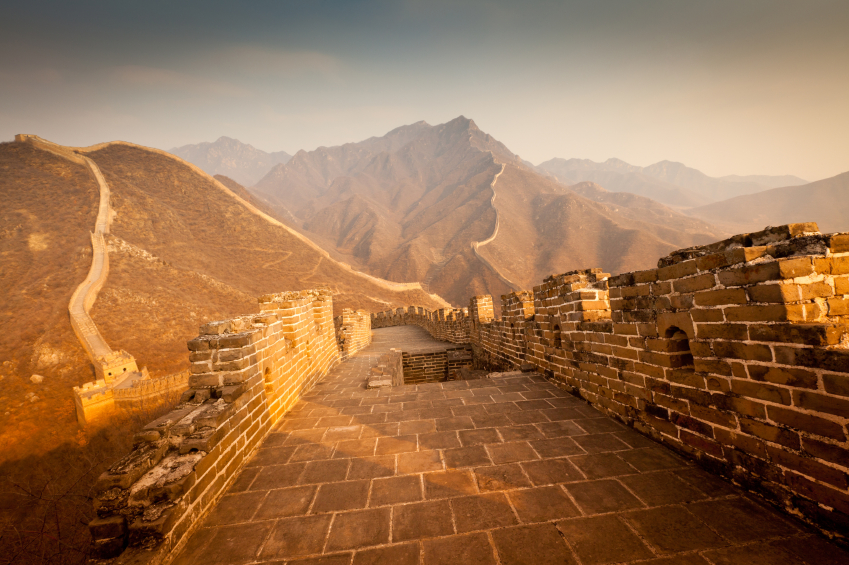 China is a place of great contrast. Its ancient culture is revealed through its century’s old statues, gates and walls, and as much as the fearsome terracotta warriors and the Great Wall reveal China’s rich past, so does the modern city skyline proclaim the country’s modern achievements.

Hosted by Viking River Cruises, Travel Associates consultant Jessica Rendell recently experienced both of these worlds on a recent trip through China. Having sailed the legendary Chongqing and Yangtze Rivers, the cruise took Jessica and her companions to Beijing, Xian and Shanghai and past some of China’s most iconic sites and attractions.

In Australia where the oldest buildings are not much more than 100 years old, the difference in historical perspective can be quite dramatic. “Australia is so young in comparison, it is hard to fathom at times,” said Jessica. “I was definitely overwhelmed by the amount of history that China holds.”

One of China’s most revered sites is the Terracotta Army near Xian, a vast collection of warrior sculptures constructed thousands of years ago and buried for centuries. Not uncovered until 1974 this vast life size stone army of soldiers, chariots and horses was found in perfect formation, as if preparing for attack.

Jessica provided a fascinating description on the making of these sculptures. “The Terracotta army figures were manufactured in workshops by government labourers and by local craftsmen,” said Jessica. “The head, arms, legs and torsos were created separately and then assembled. Studies show that eight face moulds were most likely used, and then clay was added to provide individual facial features.”

Jessica went on to explain how markings have benefited today’s scholars. “Each workshop was required to inscribe its name on items produced to ensure quality control,” she said. “This has aided modern historians in verifying that workshops were used to create the army. Upon completion the terracotta figures were placed in the pits in precise military formation according to rank and duty.”

Two other sites on Jessica’s “must see” lists are the Great Wall of China and a walk through the hutongs in Beijing. The Great Wall is one of the world’s most awe inspiring sites, stretching thousands of kilometres through scenic mountains. The hutongs are narrow laneways or alleys lined by traditional courtyard homes, one attached to the other. These streets offer a wonderful glimpse of traditional China and many of these areas are now protected in order to preserve the charming neighbourhoods from being demolished for modern roads or buildings.

During this wonderful cultural immersion, Jessica still had plenty of time to explore her Viking ship.

With pleasant, inviting cabins, a roomy upper deck for socialising and amazing food, Jessica’s only complaint was that she couldn’t take the accommodating staff home with her. “The service was impeccable! You want to pack the staff in your suitcase and take them home, they are that good!”

As the cultural difference between Australia and China can be quite great, Jessica does have some useful travel tips. Here are a few helpful hints that she recommends:

●     “Definitely get your destination address written in Chinese as 99% of taxi drivers don’t speak English,” said Jessica. A very useful tip when trying to make your way back to the hotel after a long day of walking.

●     “You must try nanjining dumplings in Shanghai. They’re a favourite with locals and tourists. Be prepared to wait an hour.”

With Jessica’s whirlwind tour over, she came home with unforgettable memories of a country rich in history and culture, having seen some of the world’s most iconic sites. Combined with the impeccable service on her Viking cruise, this was one trip worth sharing.

Fun in the Sun, Fiji Style

Kauai – Nature at its Finest