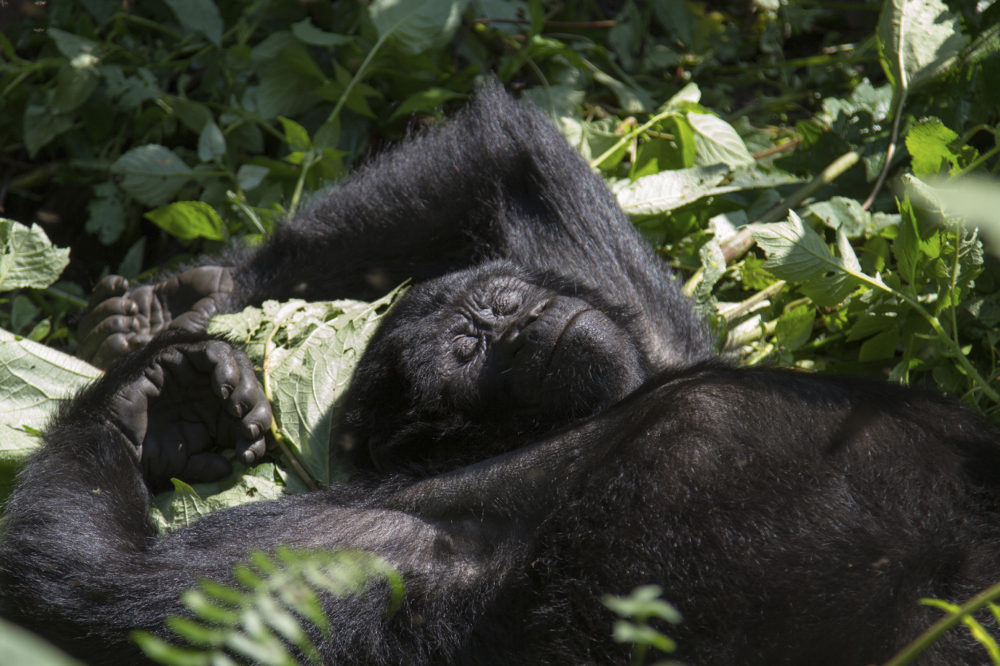 Travel appeals to people from all walks of life, including the biggest names in Hollywood, sport and other famous industries. The thrill of discovering new places, cultures and people can't be matched.

From actors Viggo Mortensen and Jesse Metcalfe, to celebrity chef Raymond Blanc and singer Joss Stone, here are some of the best recounts in celebrity travel direct from the celebs themselves.

"Driving is my form of escapism. I love Africa. My family and I have driven everywhere, from South Africa and Namibia to the Okavango Delta area in Botswana, the Atlas Mountains and through Uganda on a trek for gorillas."

"I like the outdoors and natural landscapes. There are places in New Zealand, particularly the South Island, that I really enjoyed. During the filming of Lord of The Rings, we were allowed special access into remote areas that most New Zealanders only knew from photos."

"The Amanwana resort in Indonesia is one of the most romantic places I've been. I took a sea plane to this small island, stayed in these luxury tents, with monkeys and deer greeting us every morning. Going for swims at sunset in the ocean was magical."

"When I was 29, I got a part in the film The Killing Fields, and flew to Bangkok for it. As my family never took holidays, I was very late to the world of international travel. Bangkok is a memorable city – massive and chaotic – in which some people get lost never to re-emerge."

"I love New York City. It's so electric and full of life. I'm not really a city girl but I love the Big Apple's energy. And if I need my nature fix, I can always hit Central Park."

"My most relaxing destination? My mother’s garden, in a small village in Rutland, next to an old windmill. If I am under pressure I just go there and cook a barbecue."

"The most memorable place I've performed was in Sardinia on a stage set against the backdrop of the ocean. It was so beautiful."

"If you want Zen, purist food, the best cities for it are Tokyo and Kyoto. Paris is best for three-Michelin-starred French fare, while for quality casual dining, New York, London, Melbourne and Sydney are the best cities."

"If I were to draw a picture of paradise, it would be the tiny island of Fesdu in the Maldives. It has such an incredible tropical beauty, with sherbet-like soft sand."

"I shot a movie called The Other End of the Line in Mumbai, which is a very thrilling city. The energy is very palpable and it’s a feast for the eyes, from the array of vehicles with tuk-tuks to ox-drawn carriages and pedestrians all fighting for the same space."

"I love cycling in Zakynthos. The roads are very challenging, with steep climbs and descents, but they come with amazing views and scenery, with this incredible white sand and turquoise waters surrounding the shipwreck."

For the cyclists: Mountain Biking The Mornington Peninsula

Amazon and beyond: 10 Best Wilderness Holidays

"While I was in the Amazon, I met the Yawanawa indigenous tribe, who have a beautiful culture. They regard themselves as guardians of land, rather than its owners. They said I could come back whenever I wanted as it wasn’t theirs; they were just looking after it."

"I’m not proud to say this but I have drunk my urine before (it’s a rugby thing that sometimes can happen as part of your initiation), so I was all right and quite happy to do that when I was in Costa Rica for a Bear Grylls survival show recently."

"The most remote place I’ve been was a jungle in Brazil. And because you aren’t allowed to wear mosquito repellent, as it might pollute the rivers, I got eaten alive. But we saw wonderful wildlife, like these creatures called capybara, which look like big guinea pigs."

"The New York Palace Hotel is a very beautiful and elegant hotel with a historic vibe. I remember being there when I was around 14 and my brother Michael [Jackson] was about nine. We used to fill balloons with water and throw them out the window of our room. We were just kids back then travelling as The Jackson 5 and the hotels became our playground when we were on the road. Michael was the most mischievous one who came up with all the tricks."

"I’d never go on hiking holidays or sleep in a tent; in fact, I’ve only slept in a tent once in my life and that was in my back garden."

"In a restaurant in Tokyo, a geisha once brought me a bowl filled with water and tiny eel fish. My hosts, who were smiling and nodding at me, said: 'Drink and don’t chew'. I have a ‘never say no’ rule, so I drank the drunken eels. Somewhere between my chest and my stomach I could feel the fish dancing."

"I always bring sage with me when I'm travelling. A lot of crazy stuff happens in hotel rooms, so I like to burn sage oil when I arrive; it’s a spiritually cleansing type of ritual for me. I also always bring a Bible, a crucifix and holy water."

"Airlines are all so homogenised now. I used to fly Pan Am and it was just incredible what you could do on those things. Concorde could get you anywhere so quickly and you had so much space in a first-class lounge. Now it’s become more of a cattle drive even if you fly business or first."

"I bring fresh chillies on my travels – yes, really. I like my food with an extra bit of kick. The food you eat on your travels can be a bit bland, so I used to always travel with small bottles of Tabasco sauce. But after a couple of travelling disasters with loose tops, I switched to fresh chillies."

"My most luxurious travel experiences have been on trips abroad working for the former prime minister [Tony Blair] – motorbike escorts to the airport, driven to the steps of the plane, staying in embassies with people attending to your every need. Once at a hotel in Delhi, I had my own valet who kept appearing outside the bathroom."

"In terms of the culture, you can’t beat Japan. It’s my favourite country. It’s one of those places you never want to leave. I love the people, I love the food and I love their fashion because they’re not afraid to experiment."

"New Orleans is such a fun city. I go at least once every two years. You have to eat some good Cajun food when you’re there. Gumbo and crawfish are a must – you have to suck the brains out of the crawfish; it’s how it’s eaten there."