Unplugged or high-voltage, the 'City by the Bay' has stirred some of America's greatest creatives artists to unveil its soul in prose, song and film.

Of course, San Francisco's misty bay often plays a supporting role. Here are some of the best books to read and movies to watch to inspire your own San Fran jaunt.

Few people remember London's ties with the city, but Jack London definitely found his sea legs with this dark, psycholigical adventure. Rescued from a tumultuous San Francisco Bay, Van Weyden is cast into a brutal shipboard drama against his will at the hands of the sea-wolf himself – Captain Larsen.

The Maltese Falcon by Dashiell Hammett (1929)

Raymond Chandler once said Hammett took murder out of the drawing room and put it back in the alleyways of San Francisco. It's here in the Bay Area where we're introduced to the hard-boiled detective, Sam Spade, and the figurine of the black bird in this timeless murder mystery.

The Subterraneans by Jack Kerouac (1958)

One of the greatest voices of the Beat Generation, which centred around San Francisco, the majority of Kerouac's work could be included on this list. We chose The Subterraneans, which centres around a racially-doomed romance between a writer and an African-American woman 10 years his junior. 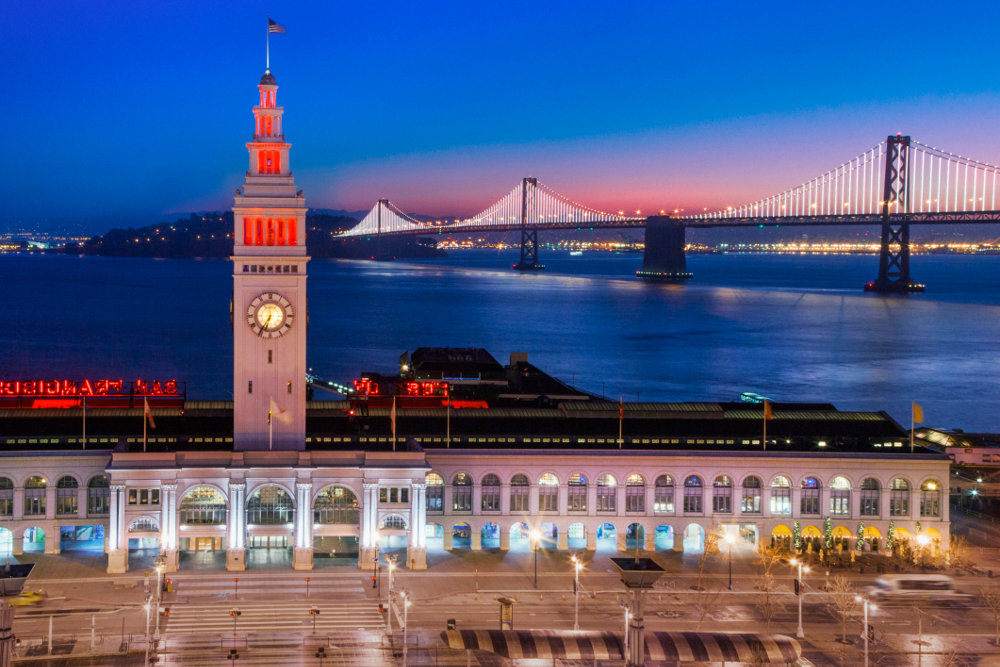 Tales of the City by Armistead Maupin (1978)

The revelry continues with these delicious tales of gay San Francisco and the colourful residents of 28 Barbary Lane during the 1970s.

Amy Tan's The Joy Luck Club tells of the epic journey between four Chinese-American women and their daughters in San Francisco and China.

City by the Bay: San Francisco in Art and Literature edited by Alexandra Chappell (2002)

This work is a celebration all things that make San Francisco one of the most intriguing cities in the world. Drawing on the San Francisco Museum of Modern Art's collection, the book pairs masterpieces of art with literature evoking the city's cosmopolitan charm.

San Francisco Stories is a collection of the most outstanding writing about the city from some of the most distinguished authors of the last 150 years. Jack Kerouac, Anne Lamott, Jack London, Tom Wolfe and many more describe how the City by the Bay inspired their work. 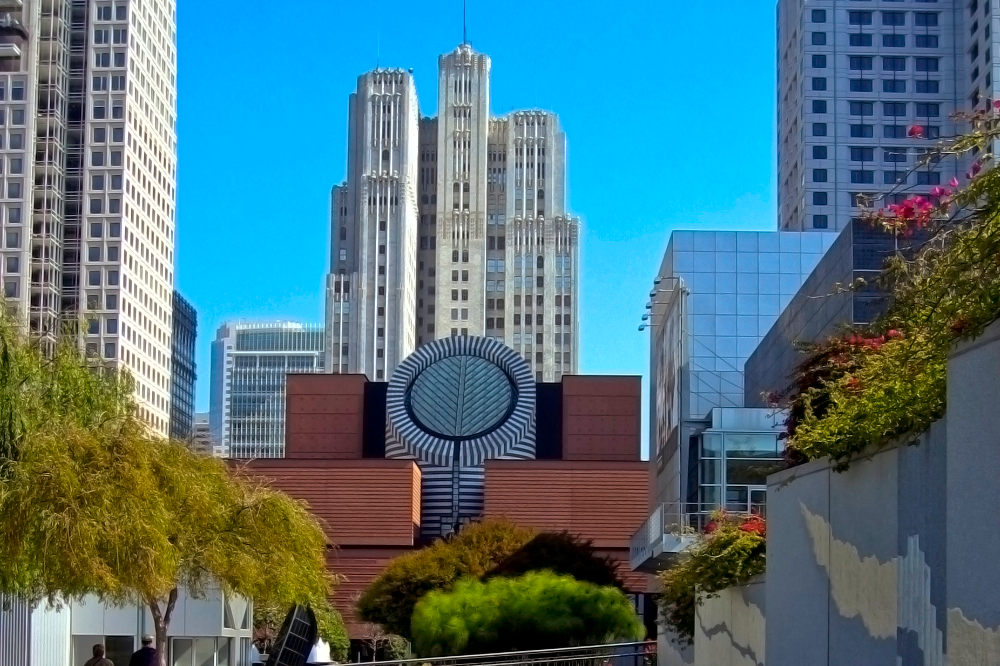 See artwork that inspired 'City by the Bay' at the San Francisco Museum of Modern art (Image: Getty)

This is arguably the definitive read on a generation that left their cultural footprint imprinted on the city. If you're headed to San Francisco or have even a casual interest in beat culture, pick up a copy. Compare notes at The Beat Museum at 540 Broadway while you're there.

Like his leading ladies, Hitchcock never made a city more alluring. See Scotty's apartment on Lombard Street and stroll down to Fort Point where Kim Novak was fished out of San Francisco Bay.

Watching Steve McQueen drive airborne over Russian Hill's steep inclines in the famous car chase will make you think twice about hiring a car. See Alcatraz and the Marina District as McQueen's Mustang whizzes by. 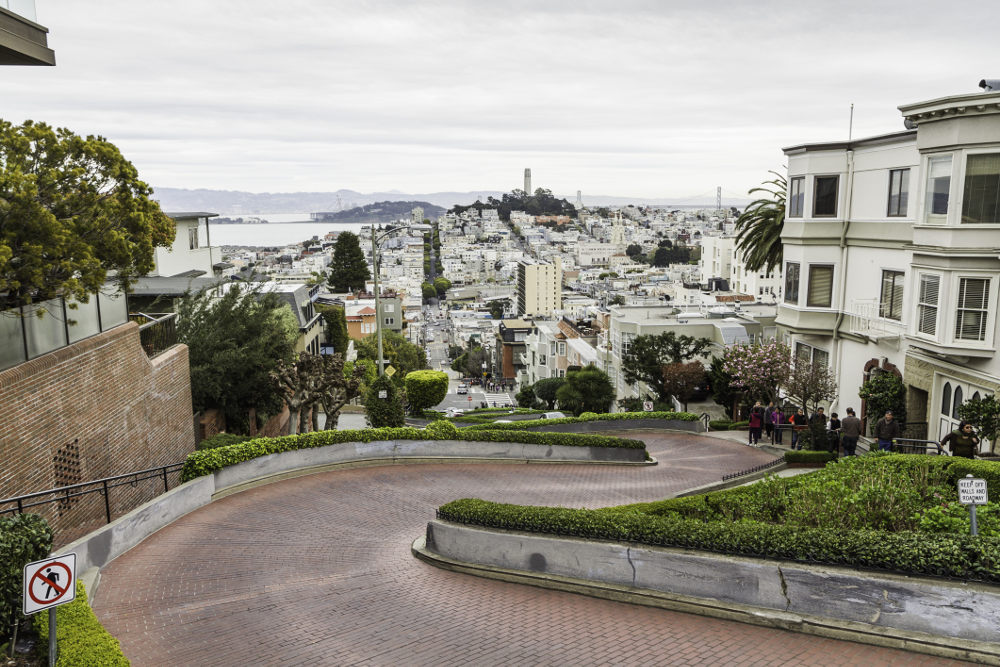 We can thank Clint Eastwood's character, Harry Callahan, for making San Francisco's streets a little safer. We were going to go with Escape From Alcatraz for our Eastwood fix, so do yourself a favour and check out both, for old times sake.

Director, Peter Bogdanovich injects plenty of slapstick into the plot with leading lady, Barbra Streisand. Watch the car chase through Chinatown, Pacific Heights and Telegraph Hill, before the entire cast ends up in San Francisco Bay.

The ultimate thriller that turned beautiful Sharon Stone and the city into superstars.

Who could forget Robin Williams portrayal of the doting housekeeper-in-drag being ogled by the driver of a Bay Area Transit bus? 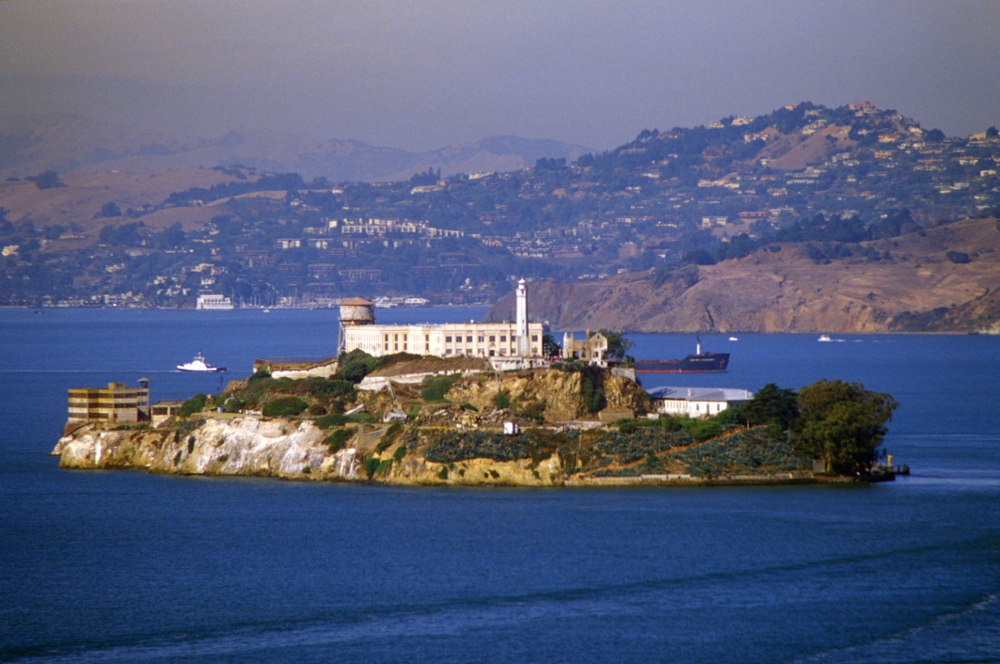 Alcatraz Prison has been featured in multiple movies (Image: Getty)

A decade after Don Johnson folded away his pastel Armani trousers, he moved to San Francisco to solve new crimes in the Bay Area. Great for neighbourhood spotting.

Who better than Jennifer Lopez to fall into Matthew McConaughey's arms along hilly, Taylor Street?

Filmmaker Alexandra Pelosi takes a critical look at how San Francisco is changing amid the current tech boom. You could say it's the documentary that bites the hand that feeds, but this is just between you and us on Twitter, right?