Grand European architecture lit up with fairy lights. The smell of cinnamon in the air. The chuckle of children skating on ice. The buzz of a festive market and the taste of mulled wine. Although locals will bemoan the coming of winter and the freezing temperatures it often brings, it’s hard to tell whether they’re being honest or just trying to keep Budapest for themselves over the colder months. Because the truth is: Christmas in Budapest is magical, plain and simple. Here’s the ultimate guide to having a blast in Budapest this festive season.

Take a dip in a Christmas Bath

Impressive any time of the year, there’s something even more magical about visiting the Széchenyi Bath in winter – especially when surrounded by fresh snowfall and rising steam whilst you relax in its thermal waters. The largest spa in Budapest and one of the largest medicinal baths in Europe, its grand size is easily matched – dare we say, surpassed – by its beautiful Neo-Baroque style. It’s elegant, it’s grand, it’s a quintessential Budapest experience, even in winter. 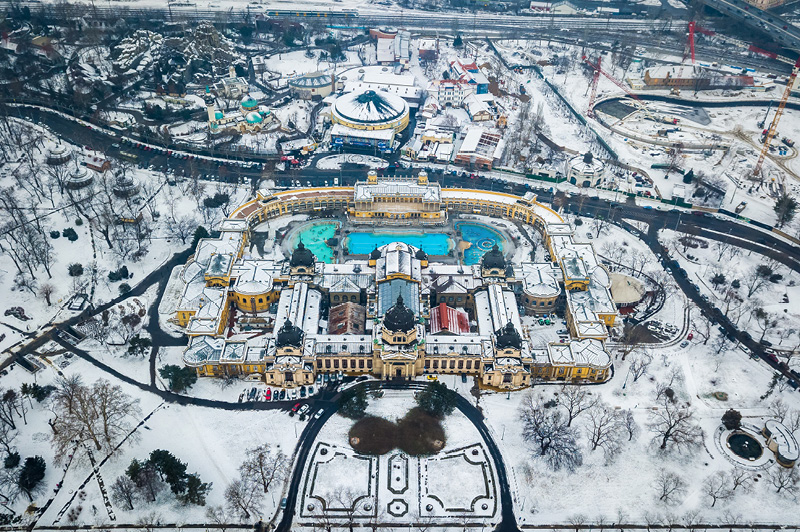 Ice skate in front of a 19th-century castle

In summer, it’s the perfect place for a stroll. But come winter, shoes are replaced with skates inside Budapest’s beautiful City Park as it transforms into the biggest outdoor ice rink in Europe. Covering an area of 12,000 square meters, it’s a huge open-air icy wonderland that’s overlooked by the majestic Vajdahunyad Castle – you simply cannot find a better spot on the planet to hit the ice! Even if you can’t (or won’t) skate yourself, it’s an entertaining sight to behold as locals and intrepid tourists skate, slip and slide all over the place. 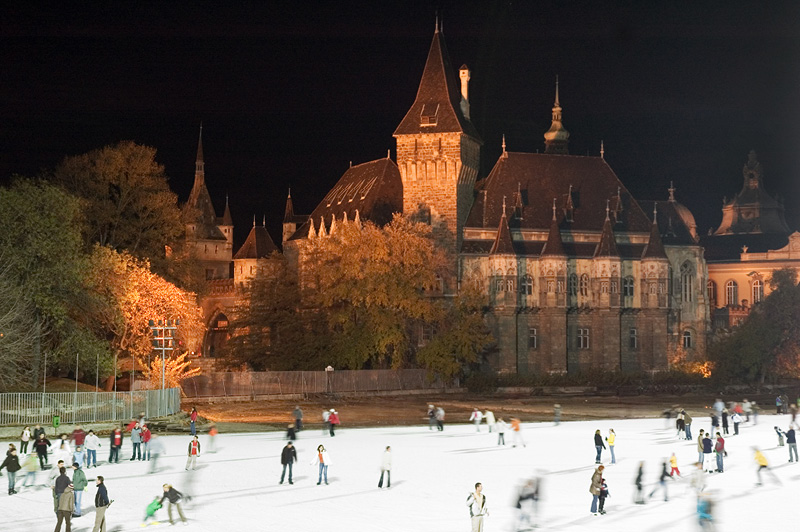 Winter outdoor ice skating in Budapest next to castle gardens

Stroll through a colourful Christmas market

Don your winter coat and rub shoulders with the cherry masses at the Vörösmarty Square Christmas market in Budapest and have yourself a jolly good time. Located in the heart of the city, this Christmas fair comes alive in all its festive glory from mid-November onwards. Walk past wooden stands selling everything from chimney cakes, hot chocolate, throat-burning palinka (the national spirit), arts and crafts, and, of course, heart-warming and mood-enhancing mulled wine to the sound of cheerful Christmas carols and festive banter. 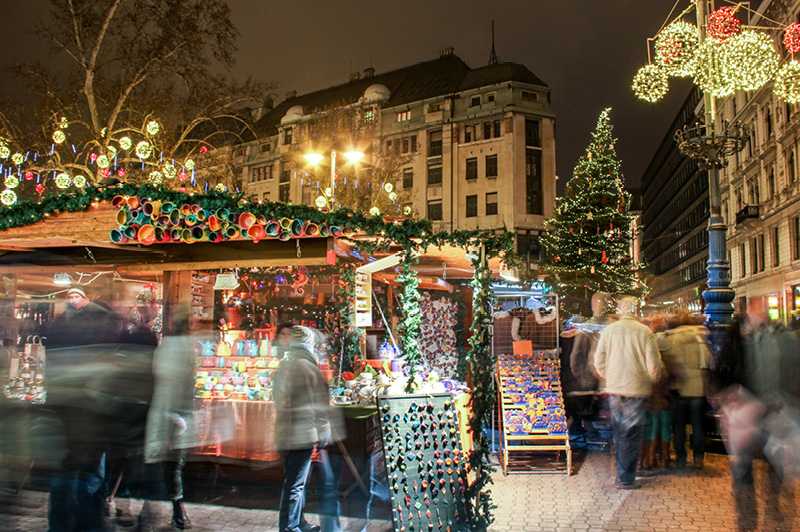 Go mental over the best mulled wine in Europe

Yes, mulled wine deserves a paragraph on its own, especially in Budapest. A traditional Christmas drink across Europe – essentially warmed red wine that’s spiced with cloves, cinnamon, nutmeg, vanilla pods, etc – between you and me, it’s only in Hungary that you can taste the best drop of the stuff. Known as forralt bor in the local lingo, the best spiced mulled wine in Budapest can be sampled at Pest-Buda Bistro in the Castle District, Castro at Madách Square and 4Street Café at Móricz Zsigmond Square – you’re welcome! 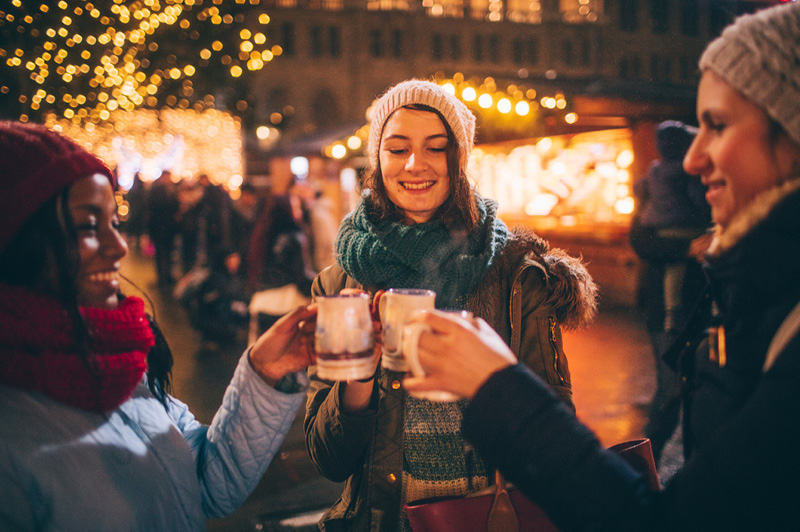 Take a ride on the Christmas tram

Is it a neon-lit bird, or a plane? No, it’s a tram draped in lots and lots of colourful fairy lights! How many? We’re talking over 3,500 metres of blue and white LEDs, making this a Christmas ride like no other. Riding along the dazzling Danube with its elegant, bank-side European architecture, such as the stunning Parliament building, you’ll spot these festive trams on the 2A, 47 and 19 lines from early December to early January. Do yourself a favour and jump on one of these trams for a Christmas ride of a lifetime – better than Santa’s sleigh we reckon! 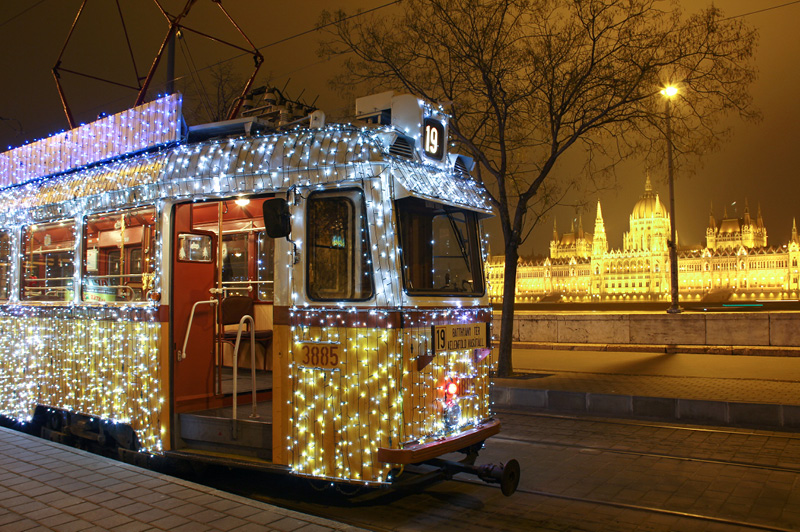 Talk to your local Travel Associates advisor about planning your next Chrismas holiday in Budapest.

Visit the glittering locations of The Crown