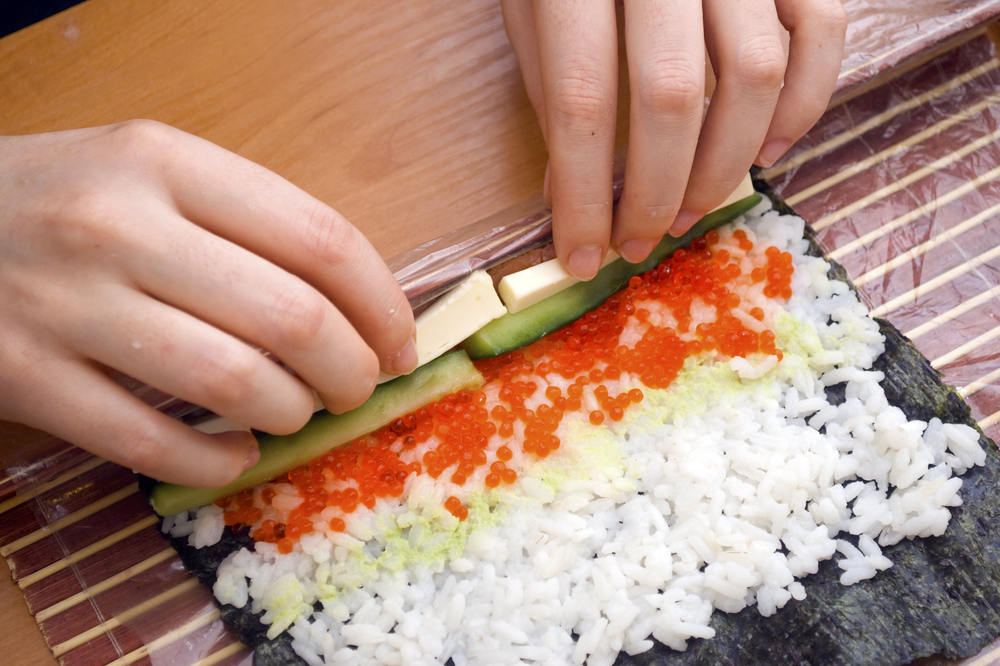 TRAVEL BLOG Dining With Locals On A Visit To Japan

Some of my most treasured travel memories involve food. Like the time my husband and I went to what was billed as New Delhi's best rumali roti stall, where we turned the hood of a car into a table so that the extravagantly thin and succulent flatbread could be wolfed down before it cooled. Or the time I introduced my in-laws to a Johannesburg street vendor's vetkoeks, slightly sweet, slightly sour dollops of fried dough.

So when we were planning a trip to Japan and my husband heard about EatWith.com, we knew we had to try it. EatWith links travellers to chefs and talented home cooks around the world to share a meal.

It's one of several sites, including EatFeastly, VizEat and PlateCulture, offering opportunities to dine informally with locals. The price is set by the chef, typically comparable to a mid-range restaurant meal.

We used EatWith to book a date with Shino Fukuyama, a marketing manager who loves to share her country's cuisine and culture. I, my husband, our tween daughter, my father-in-law and his wife experienced what felt like a homestay for an evening.

Fukuyama's father was a foreign correspondent and their family lived in Mexico and South Korea. In 2002, her husband's job took them to New York.

They devoted much of their spare time to exploring restaurants with a Zagat guide. But it was a Thanksgiving dinner in the suburbs with the family of her husband's co-worker that gave her a taste for sharing worlds over a meal in someone's home.

She studied how to teach sushi-making in 2010, and opened her home to visitors after Japan's tourism industry began to revive following the 2011 tsunami.

We scheduled our visit with Fukuyama toward the end of our stay in Japan's capital. That gave us a few days to get to know our way around the city a bit before venturing by subway from the sleek Roppongi embassy-and-nightclub district where our hotel was located to her more down-to-earth Meguro neighbourhood in central Tokyo.

Food to the fore: 10 Ways To Become A Culinary Connoisseur In 2016

Imbibe like a local: Mexico's 'Drink Of the Gods'

Fukuyama and her friend Akiko Yamauchi, an auction company art buyer, met us as we emerged from the subway station. They first ushered us to a nearby supermarket, where they answered questions about meats, vegetables and fruits we had until then only seen on restaurant menus.

Fukuyama agreed to add whale bacon, spotted in the prepared meat case by my husband, to our menu. We would come to see how gracious that was when we realised just how meticulously she had planned the evening. Fukuyama told me later she usually spends two days preparing for her guests.

The supermarket was a five-minute stroll to Fukuyama's home, a modern concrete box that was a fitting setting for her traditional touches – tatami mats, paper sliding screens, minimal decor. Along the way, Fukuyama pointed out local landmarks.

The Shinto shrine. The liquor shop that's been in the same family for three generations. The kimono consignment shop where we bought a delicately woven, lightly used kimono.

The textures, patterns and stories of fabric make it, like food, one of our family obsessions. It turned out Fukuyama is a kimono connoisseur.

She and Yamauchi met in a kimono club, where people who like to look at and talk about the traditional clothing gather. That night, she wore a chic dress cut from an old kimono that she had ordered off the Internet.

Once we got to Fukuyama's house, we learned how to roll sushi using fish she had bought ahead of time. We also learned to set a Japanese table, with pottery handed down in Fukuyama's family. Chopsticks are placed horizontally in front of diners, with the narrow ends that touch the food pointing left.

Dinner stretched from our sushi, mine inexpertly rolled, to fruit cut into the rabbit shapes that doting Japanese moms put in their kids' bento boxes. We had plum pickled by Yamauchi's mother-in-law.

Fukuyama's husband was out socialising with workmates but he left us a vegetable dish he had prepared the night before. The whale bacon, more a textural experience than anything else, didn't clash with Fukuyama's carefully curated menu. (I've never eaten a rubber ducky, but I imagine it tastes like the whale bacon did.)

After dinner, Fukuyama dressed my 11-year-old daughter in a kimono, delighting her grandfather. Fukuyama said such moments when she can surprise and charm her guests, along with those when she learns something about another culture are among "the joys of my life".

This article was written by Donna Bryson from The Associated Press and was legally licensed through the NewsCred publisher network.

Culture Is Kicking In Patzcuaro, Mexico