Lashings of culture, delectable food and laid-back charm - Thailand’s sleepy north and its capital of Chiang Mai are a traveller’s delight

On a balmy, tropical evening the mysterious sound of chanting lures me down a darkened street in Chiang Mai to a small, dimly-lit temple. There are no other tourists around and the door to stands slightly ajar, tempting me to enter. And so I do. 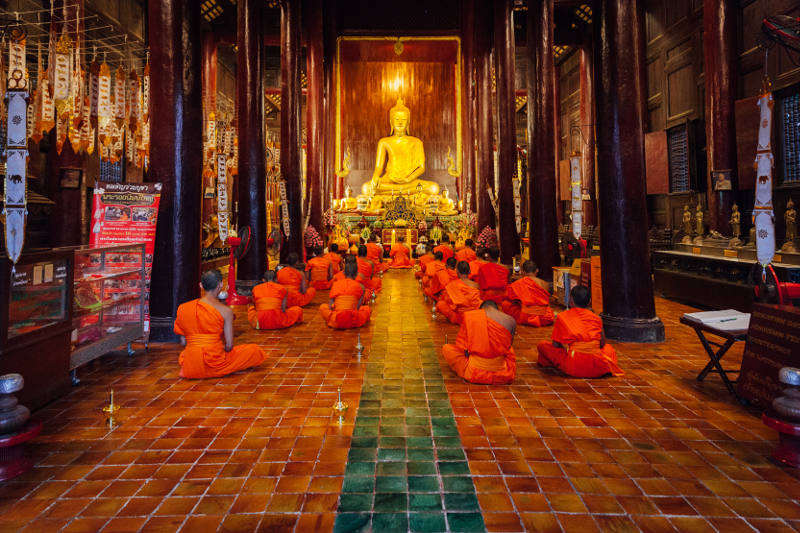 Inside, row upon row of saffron robe-clad monks sit chanting melodically in front of a giant, smiling golden statue of Buddha and the smell of incense along with the smoky aroma of candles and oil lamps fills the air. Far away from touristy, paid for attractions, this is as authentic as it gets. And it’s because of this realness that on this visit to Thailand, I decided to forgo the beaches and 5-star resorts of the south and veer north.

Thanks to its paradise beaches, tropical weather and mouthwatering food, Thailand has been a longtime go-to for Aussies. But in the north there are plenty of other sights to see: hill tribes, mountains, ornate temples and rolling green hills and in its capital city, Chiang Mai (the second largest city in the country after Bangkok), yoga and meditation studios take the place of  surf and sand, and organic eateries and juice joints replace bargain boozers. 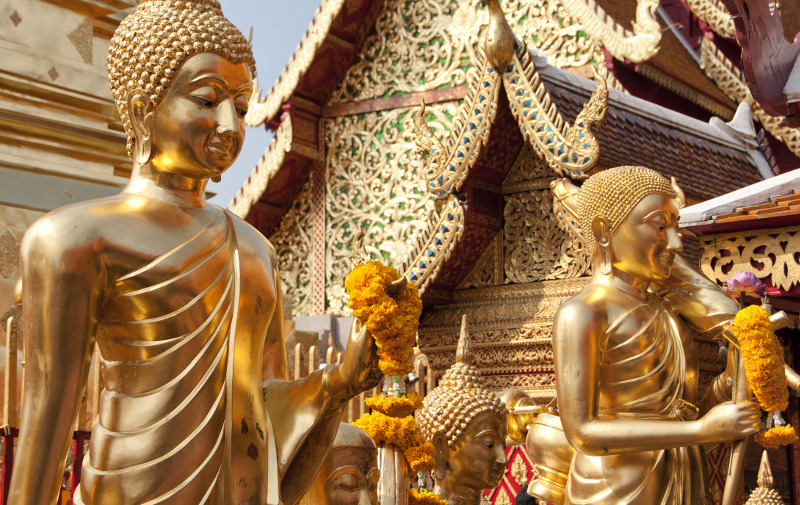 Soaked in history, the grand ruins that enclose the old town hint at the city’s former importance. These days though, the vibe is anything but grand. Sleepy and laid-back, the area is populated by cafes, cute boutiques and temples - lots of temples. Thailand’s population is 95 per cent Buddhist and this is the spiritual heartland of the country. Given the number it’s impossible to visit them all, but you should tick off at least two. The oldest - Wat Chiang Man - and out of town, the most revered - Wat Phra That Doi Suthep. Overlooking the city from its mountaintop position and reached via a strenuous, 306-step climb, it’s the most sacred temple in the north. 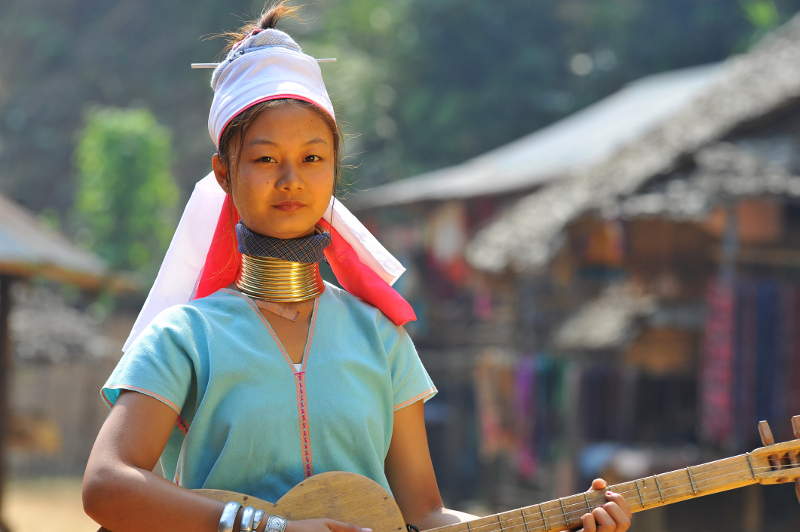 Speaking of getting out of town, Chiang Mai is the best jumping off point for exploring the north. The surrounding hills are home to the famous ‘Long Neck’ hill tribes. Here you can have your very own “National Geographic” experience and get up close to the famous tribes who are nown for wearing heavy, decorative brass neck rings, the female members of the tribes also make pretty textiles for sale. For a more immersive experience you an even arrange an overnight stay. 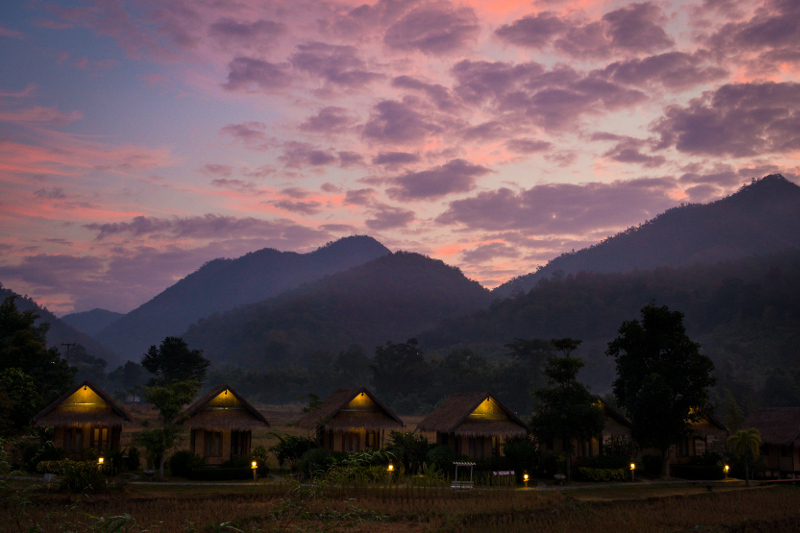 Doi Inthanon National Park has the highest peak in the entire country and also boasts beautiful waterfalls and picturesque hiking trails.  Similarly, three hours northwest of Chiang Mai and nestled in the mountains - also surrounded by waterfalls and hiking trails - Pai is a tiny town that has become a stop on the backpacker trail. Here, the action is limited to bamboo rafting, kayaking, swimming and hot springs, making it a great relaxing getaway.

Outside of Lampang, the Elephant Conservation Centre has nothing of the unethical, carnival-like atmosphere of other camps. Here the focus is on caring for the animals with the centre housing Thailand’s only elephant hospital, so you can visit with a clean conscience. 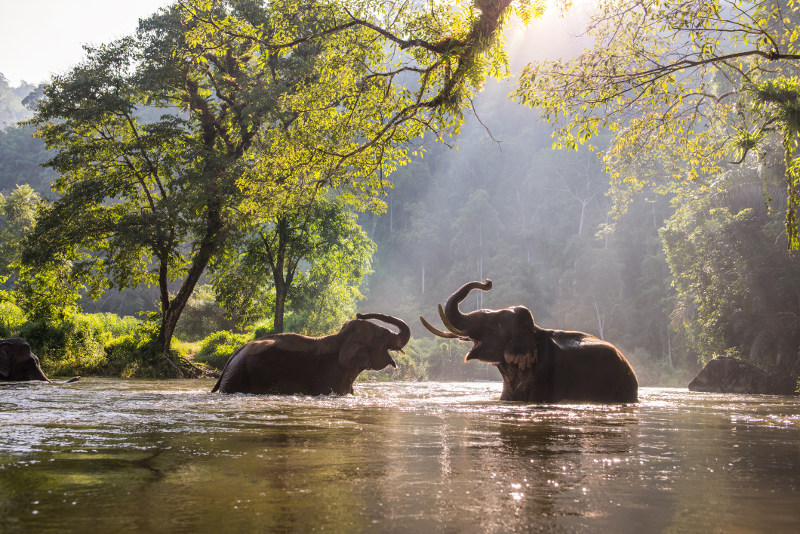 No matter where you go in the north one thing is a constant: great food. Northern Thai food is very distinct and is indicative of the region's relatively cool climate. Lots of sticky rice and pork and minimal coconut milk and spice. You can’t leave without trying its most famous dish, Khao Soi (a yellow curry noodle soup). You can make like a local and stock up on food at one of the morning markets. Pratu market at Chiang Mai Gate is a real gem, though you’ll have to get up early (it starts at 4.30am). And at the covered Warorot Market you can browse pre-cooked and fresh produce from dozens of stalls. 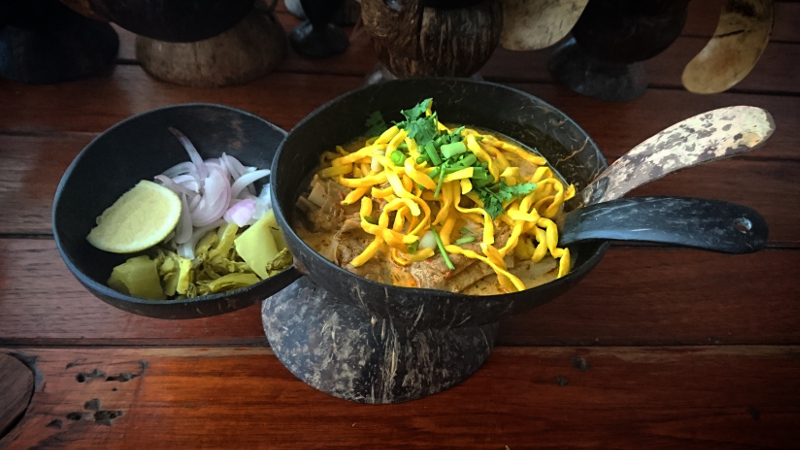 Chiang Mai is becoming well known for its organic, paddock-to-plate culinary ethos and there’s a steady stream of restaurants opening their doors to showcase this. Given this increasing reputation as a wellness and wellbeing capital, there’s also been a surge in the number of massage centres, day spas and reflexology joints offering wallet-friendly treatments. It’s at one of these that I while away a few hours on my final day. As my knots are kneaded and I’m massaged into a state of bliss, I make a silent pact with myself to come back here very soon.

8 Reasons Why You Should Visit the Dominican Republic