TRAVEL BLOG Experiences You Can Only Have in Northern England

Experiences You Can Only Have in Northern England

While London is an automatic go-to for many Aussies visiting the UK, detouring from the tourist traps of the big smoke - a mere few hours by train - to the country’s northern region provides a trove of British travel treasures. From ancient, historic sites and world-class spas, to cutting-edge cuisine and picture-perfect hikes; follow our definitive guide to the region and you’ll discover it’s far from grim up north…

Base yourself at the city’s most impressive hotel, the Malmaison. Housed within the grade II listed former Co-Operative Society building, the property’s riverside location means that guests can enjoy the best views of some of Newcastle’s most iconic landmarks, including the neighbouring Gateshead Millennium Bridge, the world class contemporary art gallery, Baltic, the Sage concert hall and of course, the River Tyne and its bridge, which is a smaller version of the one spanning Sydney Harbour.  The Malmaison’s 122 rooms and suites are plush to say the least and the city centre is a mere 10-minute walk away. 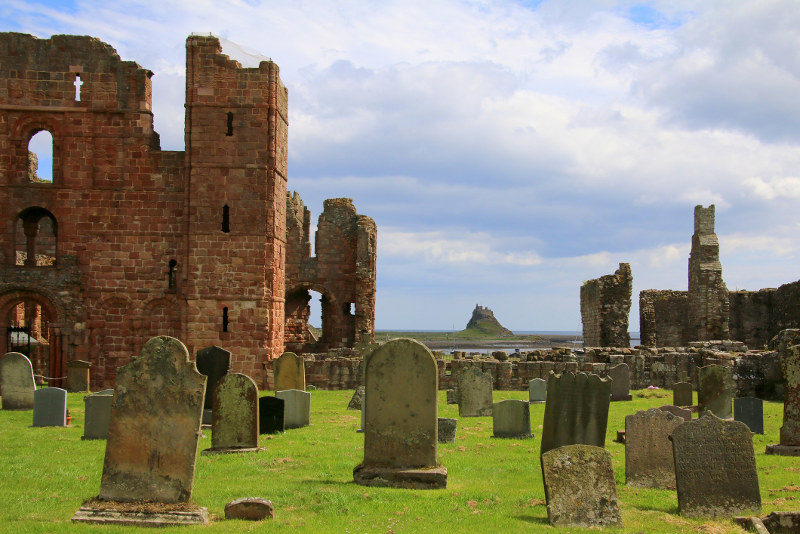 Lindesfarne, also known as Holy Island has a bloody history dating back some 1400 years.

Satisfy your “Vikings” addiction with a visit to the site of a real-life Viking raid at Holy Island’s Lindesfarne Priory. Lying just a few miles off the Northumberland coast, Holy Island is cut off twice-daily from the rest of the world by fast-moving tides. The epicentre of Christianity in Anglo Saxon times, Lindisfarne was attacked by Viking raiders in the 8th century in their first recorded attack on the British isles.

Soak in the serenity

Seaham Hall’s Serenity Spa is adjoined to the stately Georgian pile. As the sumptuous setting for Lord Byron’s wedding back in 1815, what is now an award-winning spa is an unlikely piece of 5-star Thailand in a clifftop North Sea setting.

Accessed via an underground corridor and occupying 37 acres of landscaped gardens, the spa facilities include a 20-metre pool, a sauna, a solarium, 17 treatment rooms, outdoor hot tubs and indoor hydrotherapy rooms. Winner of the 2015 Small Hotel of the Year award, the slick venue has catered to a prestigious clientele of visiting pop stars (Pink is just one of them) and Premier League football players.

Sink your teeth into historical Whitby

Dracula’s birthplace is a must-see spot. No, not Transylvania, the North York town of Whitby. It is here that the immortal horror classic was born, after its author, Bram Stoker, spent a few weeks in the picturesque seaside port. Having been relatively unaltered since the time of the novel’s publication in 1897, the settings for some of the early chapters are still apparent, including the half-ruined, 13th-century gothic abbey, perched high on the cliff.

While there, be sure to visit a former residence of other important historical figure - Captain Cook. The explorer of worldwide fame called Whitby home for several years and you can visit a museum dedicated to his life, housed in the 17th century building he once lodged in as an apprentice. 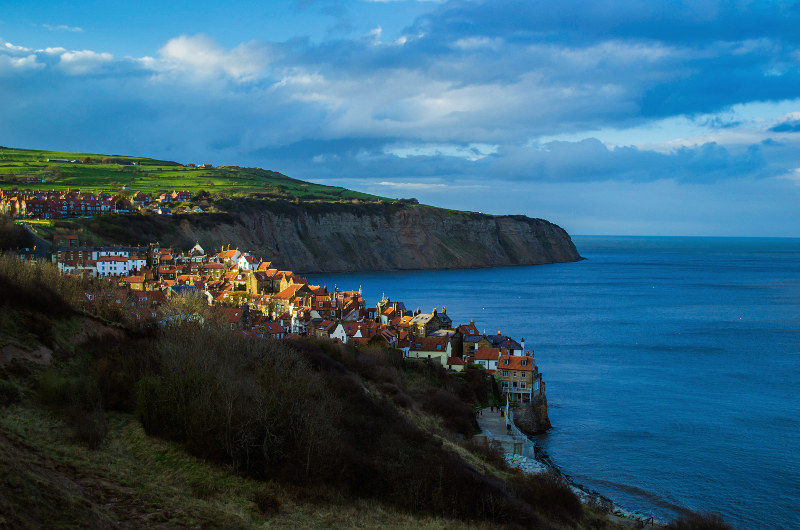 This stretch of the Yorkshire coast is also known as the Dinosaur Coast, and fossil hunting is a popular attraction.

Sea views, cobbled lanes, ancient ruins, heather-clad moors and pretty seaside villages; the walks around the coastline of the North York Moors are some of the country’s most beautiful. From the craggy heights of Ravenscar - which covers classic moorland vistas - to the coastal walk to the picturesque village of Robin Hood’s Bay, you can’t go wrong. Whichever hike you opt for, be sure to take in the nearby Boggle Hole, where you can indulge in a spot of rock-pooling and fossil-hunting before enjoying a well-deserved pint in the cool YHA cafe just beside the beach.

Go on a local pub crawl

Make like the local Geordie residents - well, the cool ones anyway - and go bar-hopping in Newcastle’s most hip area - the revamped Ouseburn Valley. Here, the once derelict factories and warehouses are buzzing again with artists' studios, music venues and of course, pubs. The 200-year old Cumberland Arms has a roaring fire, wood-panelling and excellent beer; the Tyne Bar manages to span old man boozer and alternative hangout and The Cluny is an awesome live music venue, which showcases both up-and-coming local talent and international acts.

Speaking of the Ouseburn, a brand new addition to its ever-expanding hipster offering is a tiny eatery which has been named by “The Times” newspaper as ‘One of the 25 coolest restaurants in Britain.’

Founded by Food blogger and pop-up dining queen Anna Hedworth, The Cook House, is housed in two converted 40ft long shipping containers and produces home cooked fare throughout the day, in addition to running a regular calendar of supper club events throughout the year.

Explore more of Europe: A small group tour through Italy

Get your WAG on at Manchester’s most luxurious hotel

Play at being a footballer’s wife in Britain’s WAG epicentre: Manchester. The Lowry Hotel is the city’s first 5-star hotel and has become a firm favourite with visiting celebrities and a regular haunt for local footballers and their WAGs (wives and girlfriends).

Located on the original site of the printing company where cult comic books, “The Dandy” and “The Beano”, were created, this 5-star hangout is set amidst converted warehouses and luxe apartment blocks. In addition to its 165 spacious rooms there’s an in-house QMS Skin Spa, gym and fab restaurant. What WAG would ask for more? 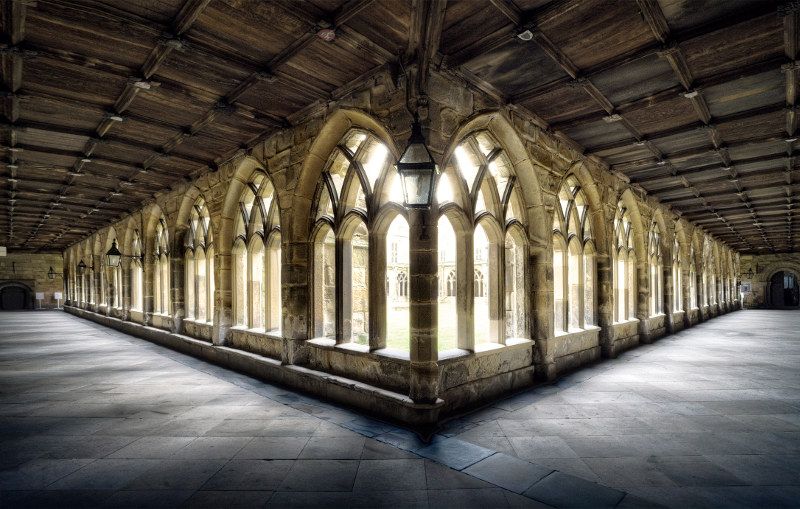 These cloisters might look familiar, that's because they were used as Hogwarts in the Harry Potter films.

Set grandly on a hill next to Durham Castle overlooking the medieval city below and the sweeping river, the World Heritage Durham Cathedral remains one of Europe’s greatest medieval structures. Built between1093 and 1133, it also houses the tomb of one of England’s most revered saints, St Cuthbert. In more recent times, its cloisters put the building on the international map; they doubled as a film location for Hogwarts in the “Harry Potter” movie franchise.

Live like a Lord or Lady at Rockliffe Hall

Set in the quiet village of Hurworth, on the edge of the County Durham and North Yorkshire border, the Grade II-listed Rockliffe Hall is the ultimate property for wannabe “Downton Abbey” lords and ladies. Recently refurbished, this 5-star property boasts an 18-hole golf course (the longest in the UK) and a lauded fine-dining restaurant. Its spa, however, is undoubtedly the jewel in the crown. Here guests can unwind in the mammoth thermal bathing suite, with its tepidarium, caldarium, saunas, tropicarium and ice fountain, alongside the UK’s largest hydrotherapy pool.

There’s not a glass case in sight at Beamish - the largest open-air museum of its kind in the UK. Telling the story of the north-east region over the past 200 years, this place is literal living history. Walk down a 19th-century street and explore individual houses brought to life by actors, visit a Victorian school, explore an 18th-century farm and navigate an old coal mine. The site is so vast you’ll need to hop on authentic Edwardian trams and buses to see it all. 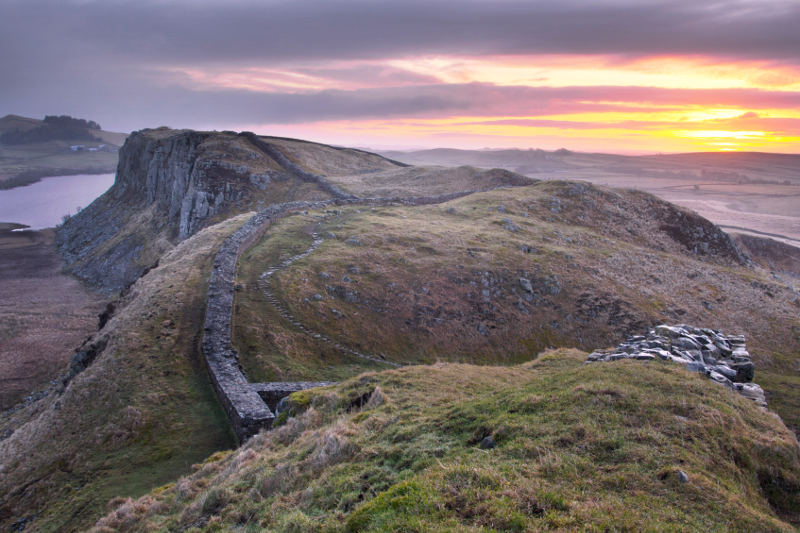 Get a sense of the scale of the Roman empire in Britain by visiting part of Hadrian’s Wall. Stretching 80 Roman miles from sea to sea, Emperor Hadrian’s engineering marvel divided the country and today remains the UK’s greatest Roman monument.

Get your spice fix in England’s curry capital

In Manchester - the indisputable curry capital of the north - you’re truly spoilt for choice. After all, this is the home of the legendary Curry Mile (a neon-lit strip of restaurants). For something a bit more refined, head to Zouk restaurant. Offering a contemporary take on authentic Pakistani and Indian foods, this is curry at its best. From classic favourites to pan-fried sheep's brain (for the brave), to an entire stuffed lamb - there’s a dish for everyone. You can also dine in the heated, outdoor shisha lounge, the only one in the city centre.

Qatar Airways flies daily from Sydney, Melbourne and Perth to Doha and from Doha operates 16 flights per week to Manchester.

Getting to and around Britain’s Northern region is easy with a BritRail pass. The Pass provides hassle free and unlimited travel in England, Scotland and Wales.

Moments and Memories of the Quintessential North