TRAVEL BLOG From King Arthur to Dracula: Legendary Places You Can Actually Visit

From King Arthur to Dracula: Legendary Places You Can Actually Visit

Some stories just never get old.

Who can resist tales of noble warriors who crusade against evil? Magical beasts hold just as much appeal, and particularly gory stories hold us in a state of reluctant fascination.

The most enduring tales are those that have roots in history. No matter how dubious their origins, they continue to captivate our imaginations throughout the centuries.

The places where history and myth collide are timeless tourist attractions, luring visitors with romantic rumour just as much as factual significance. Visit these sites and decide whether or not you believe the legends. 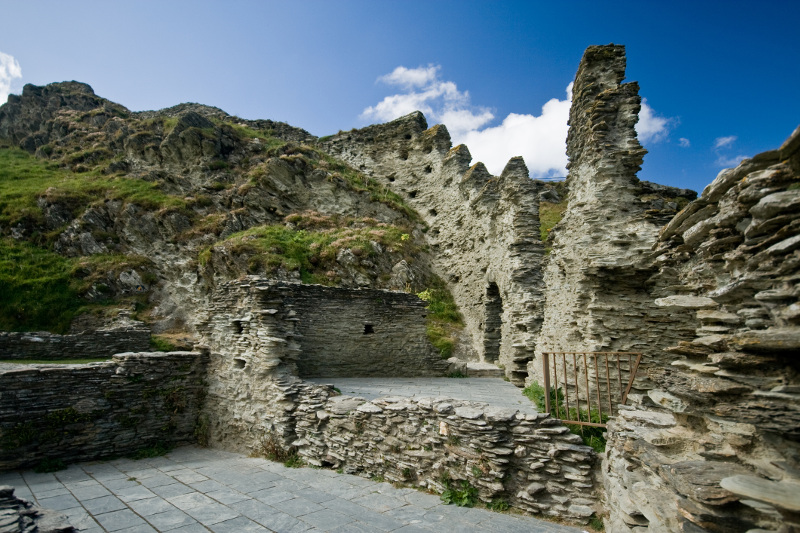 In 1998 a 1,500 year old slate was found at the Tintagel ruins, inscribed with ancient Latin

The birthplace of King Arthur, Cornwall

Valiant knights in shining armour, a democratic round table and a magical sword - it’s little wonder that yet another interpretation of King Arthur and Excalibur has just hit the silver screen, although there is still no confirmation of Arthur’s origins.

One commonly accepted tale is that Arthur was born at Tintagel, a windswept outcrop of the Cornish coast. A recent excavation at these romantic ruins has revealed artefacts from the 5th and 6th centuries, which suggests that the site was occupied by wealthy owners at the time of King Arthur’s existence.

According to legend, Merlin saved an infant Arthur from certain death by whisking him to a nearby cave. A wander through the deep and mysterious grotto on the shores of Tintagel Head is the perfect complement to a journey into King Arthur’s mysterious origins. 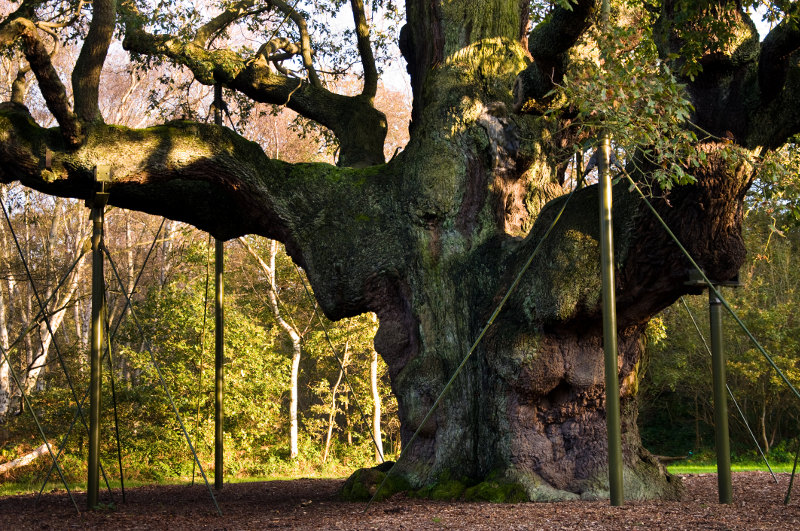 Tales of Robin Hood have been circulating since the 13th century, when numerous entries in the rolls of English justice officers record ‘Rabunhod’, which hints at the existence of a busy troublemaker.

The earliest ballads of this green-clad vigilante place him at Sherwood Forest, where he and his Merry Men kept a stronghold based at the Major Oak. This mighty tree still stands today, although an estimated age of 800 - 1,000 years means its boughs need be supported by scaffolding.

The Church of St Mary in nearby Edwinstowe is said to be the place where Robin married Maid Marian. The picturesque building and its legends are charming, even though the historical link is tenuous. 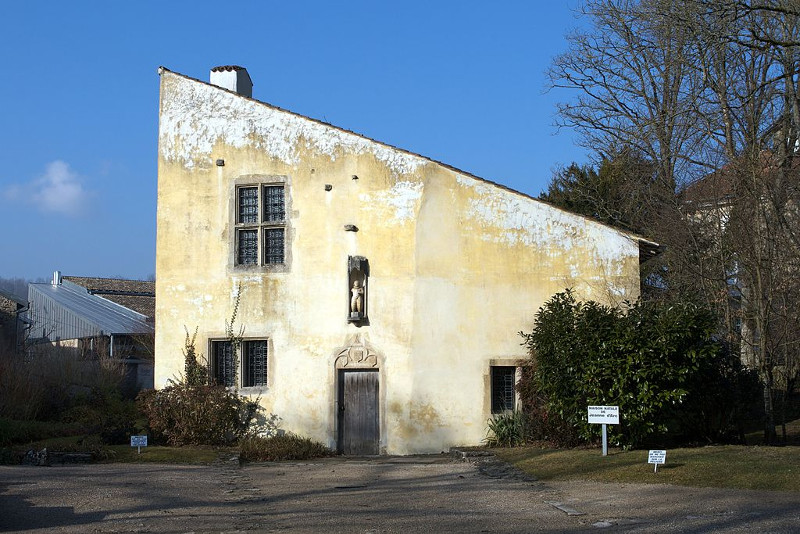 The story of Joan of Arc is confirmed through the records of her trial, which were preserved in London and the National Library of Paris. A 17-year-old peasant girl from the French countryside not only convinced a crown prince to lend her an army, but led a charge on Orleans that changed the course of history.

Joan was born in 1412 in the town of Domrémy, a town which still reveres the cottage of her childhood. Nearby is the Basilica of the Bois Chenu, erected in the field where Joan first heard the voices of the saints. 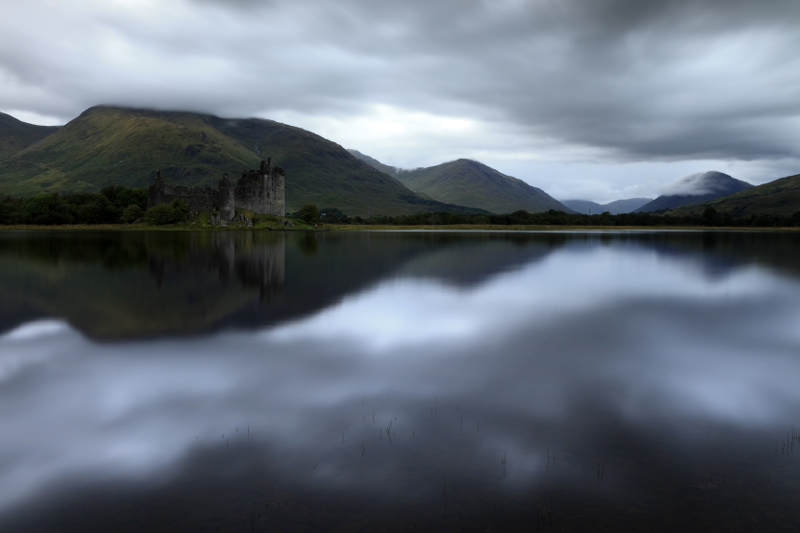 The existence of the Loch Ness Monster is attributed to folklore, yet the sightings continue. As recently as May this year, a photo of a dark shape emerging from the water rekindled the ‘Nessie’ fervour.

Hoaxes, dinosaur theories and reports of giant catfish are not enough to deter true believers!

You can visit the windy shores of Loch Ness and even dip a toe in the frigid waters if you dare, but chances of a sighting are slim. The legendary Loch Ness Watchman, Steve Feltham, has had only one dubious sighting in 26 years. 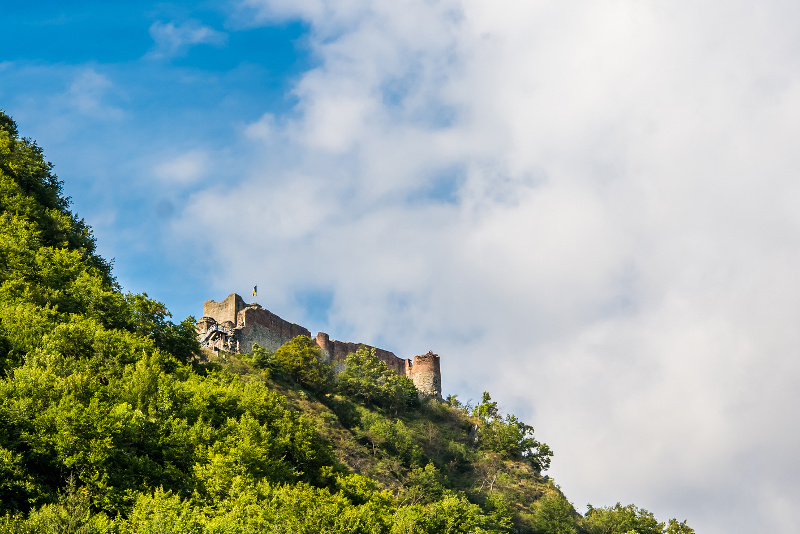 The word Dracula is derived from dracul, which means 'devil' in Romanian

Bram Stoker’s epic tale of a vampire count was inspired by tales of Vlad III of Wallachia, more commonly known as Vlad the Impaler. This sadistic prince is said to have conducted his famous cruelties from Poenari Castle in Romania, an imposing ruin with a gruesome history.

Vlad’s first wife flung herself from the fortress walls to avoid capture by the Turkish, and the river below ran red with her blood. It has been known as the Lady’s River ever since.

There is no concrete evidence that Vlad III was a vampire, although there are rumours of him washing his hands in his opponents’ blood and dipping his bread in the same grisly substance. 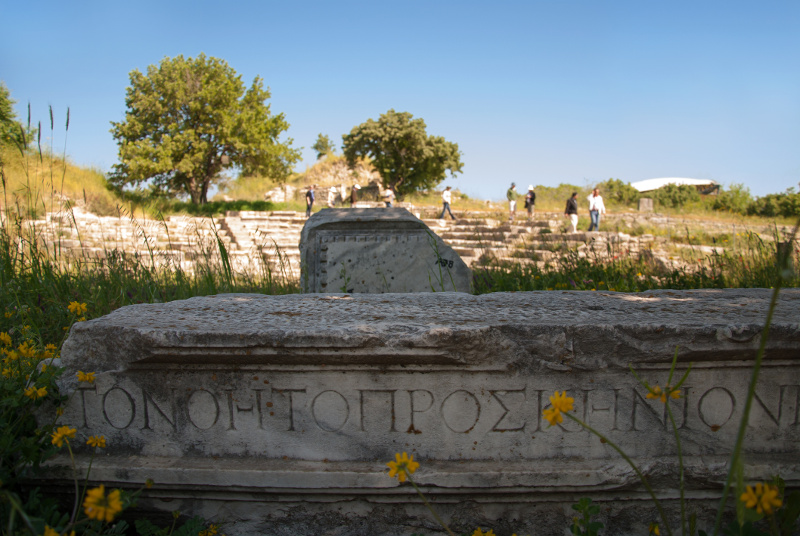 The ruins of Troy, Turkey

4,000 years of history are entangled in the ruins of Troy, a site that has been the home of nine cities throughout the ages. The crumbling temples, ramparts and amphitheatres transform into the stomping ground of Helen and Paris with a little help from the imagination.

Even before the Brad Pitt movie, the legend of Troy was beloved. Two men fighting over the most beautiful woman in the world, an invincible warrior and a devious ambush; it always had the makings of a legend.

Rats weren't added to the Pied Piper story until later in the 16th century... so what happened to the children?

The town of Hamelin, Germany

The story of the Pied Piper is an effective method of teaching children the value of promises. It’s a legend that is familiar to the world at large, but not all realise that the premise of the story is true.

Whether the Piper was a symbol of the plague, poverty or the village’s younger generation leaving to fight in the Children’s Crusade, it is clear that something traumatic happened in Hamelin in 1824. The street on which the children exited the town is known as Bungelosenstrasse, or “street without drums”. It is still forbidden to play music or dance on that street to this day.

Could These Holiday Spots Make You Live Longer?