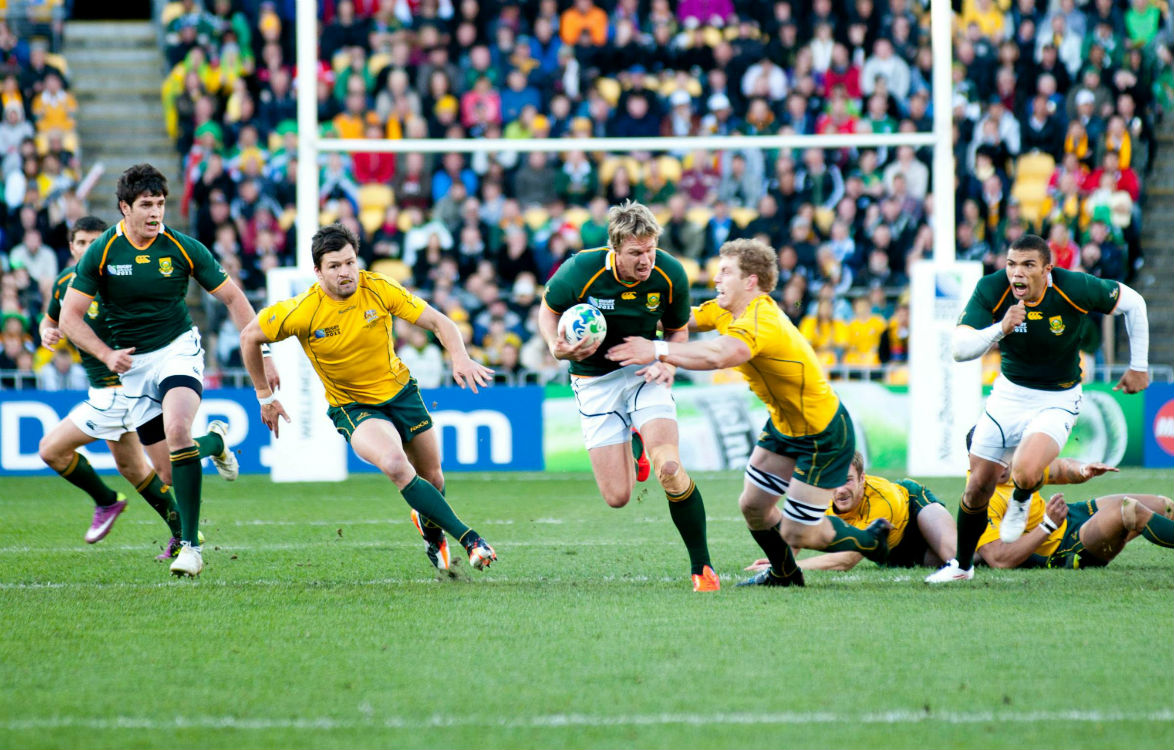 TRAVEL BLOG Get ready for the Rugby World Cup 2015

Get ready for the Rugby World Cup 2015

It's time to get out your rugby jerseys and team colours because the clock is ticking until the Rugby World Cup 2015. One of the world's most hotly anticipated sporting events, the RWC will run from September 18 to October 31 in England and Wales.

The world's 20 top rugby teams will battle it out on the field over 48 matches in a bid win the coveted Webb Ellis Cup. Occurring every four years, 2015 is set to be just as, if not more fierce, with the French team sure to be back with a vengeance after their finals defeat in 2011.

The locations of the Rugby World Cup 2015 in England and Wales include Exeter, Brighton, Cardiff, London, Birmingham, Leicester, Milton Keynes, Gloucester, Manchester, Leeds and Newcastle. New Zealand hosted the last event and welcomed more than 133,200 visitors, so there's no doubt 2015's battle is going to draw an equally, if not more, impressive number of visitors.

Favourite teams slated to make it to the October 31 final include the consistently well-performing nations of New Zealand, England, Australia, South Africa and France, but there's always a chance that a wildcard qualifier such as Japan, Namibia or Canada could take it out.

Why not take the opportunity of heading to the RWC as a chance to further explore the stunning surrounding areas?

Support our boys on tour as they take on England, then take an organised tour for yourself. One option is to jump on board the Brussels and Amsterdam Tour, which includes two tickets to the England vs Australia match, but also offers five nights and six days of accommodation, guides, breakfasts, travel tips and activities such as an unmissable Amsterdam canal cruise, entry to the Zaanse Schans Museum and a Beer Tour in Brussels.

Alternatively, discover Scotland with a tour that includes four nights and five days of gorgeous buffet breakfasts, three-course dinners, guides, travel tips, the Braveheart Tour of Stirling, entry to the Glengoyne Distillery and a visit to the Inveraray Jail. Plus, of course, two tickets to the big game.

England vs Wales is also sure to be a riveting match, and you can catch all the action and more with a Highland Journey. In just three days you'll be treated to the game, three nights of 5-star accommodation at the Grange Tower Bridge Hotel, two at the 4-star Crowne Plaza The Roxburghe Hotel and two onboard The Royal Scotsman train. You'll visit the Cairngorms National Park, the Strathisla Distillery and more.

Don't miss out on the tackles, tries, triumphs and tragedies of the next Rugby World Cup. These are just a taste of the bespoke itineraries we can create that capture all rugby World Cup magic combined with other memorable experiences before, in between and after the matches.

Venture off the beaten path in New York