TRAVEL BLOG How To Find The Northern Lights in Iceland

How To Find The Northern Lights in Iceland

Winter in Iceland brings short days, dark nights and below freezing temperatures. Undeterred by this, many travellers make their way to the north Atlantic, braving the unpredictable weather and harsh conditions for the chance to see the magical northern lights. A satisfactory sighting can evade even the most dedicated hunters, so read on to find out what factors need to align for you to experience this elusive phenomenon for yourself. 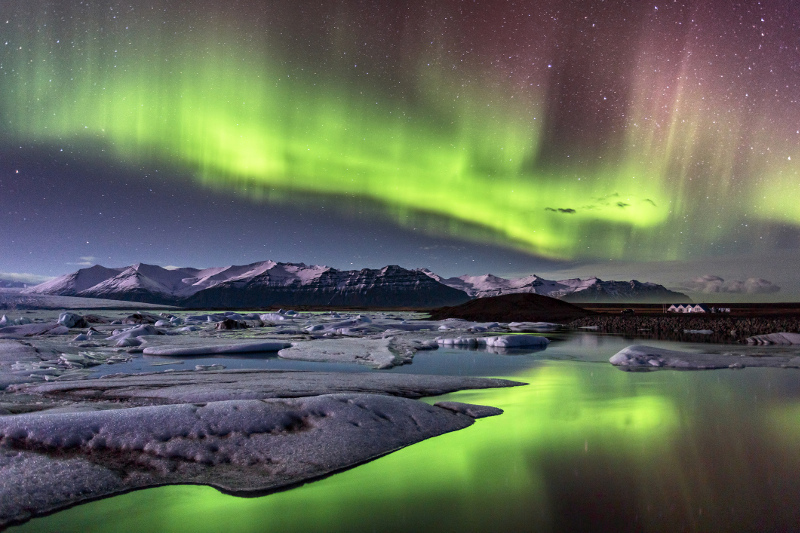 Blue and green colours are more common at lower altitudes, while purple may be visible at higher altitudes

What are the northern lights? 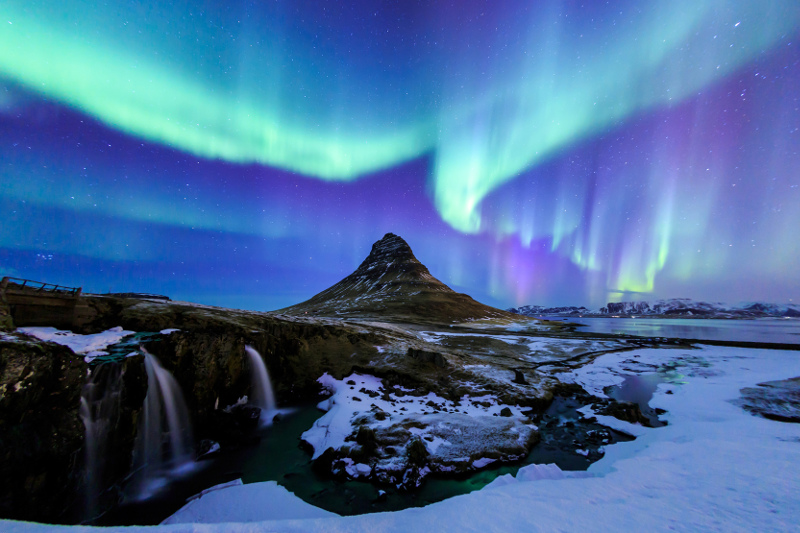 When are the northern lights active in Iceland?

This process occurs year round, but the northern lights, or aurora borealis, only become visible in Iceland from the end of August to the beginning of May. The midnight sun of Iceland’s summer ensures it’s never dark enough for the light show to be visible. November to February is the peak of winter, when long, dark nights provide fertile ground for sightings, but the trade-off is that these months also bring the worst of the weather and often a lot of cloud cover. 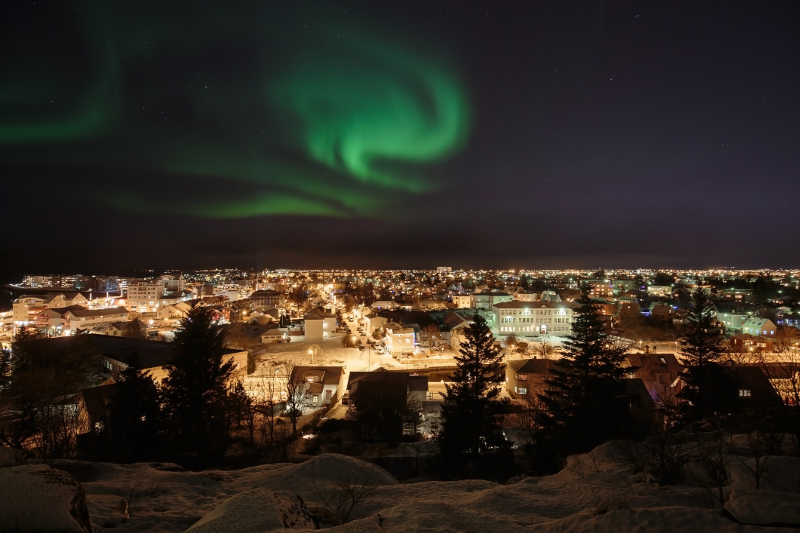 What are prime conditions for the northern lights?

As long as the lights are active and it’s dark enough to see them, you need just two additional elements to ensure an appearance; cold temperatures and clear skies, which usually come hand in hand. Warmer nights often bring cloud cover and even rain, which can obscure the lights. Due to its position in the middle of the north Atlantic, Iceland’s weather can be unpredictable, but the Icelandic Meteorological Office have an aurora forecast on their website, making it easy to keep track of where the skies will be clear and how likely it is that the lights will be active.

Iceland made the list!: Top Destinations to Travel to in 2017

What should I expect from the northern lights?

It’s best to plan to stay at least one week in Iceland, giving more time for these factors to align and the lights to reveal themselves. If you’re lucky you can expect to see luminous green light in the sky, and on rare occasions you may spot shades of purple, pink, red, yellow and white. At times they appear as stationary streaks, pulsing in and out of view, and at other times they’re dancing columns of light that fill the night, rippling and shimmering in waves across the sky with high intensity. 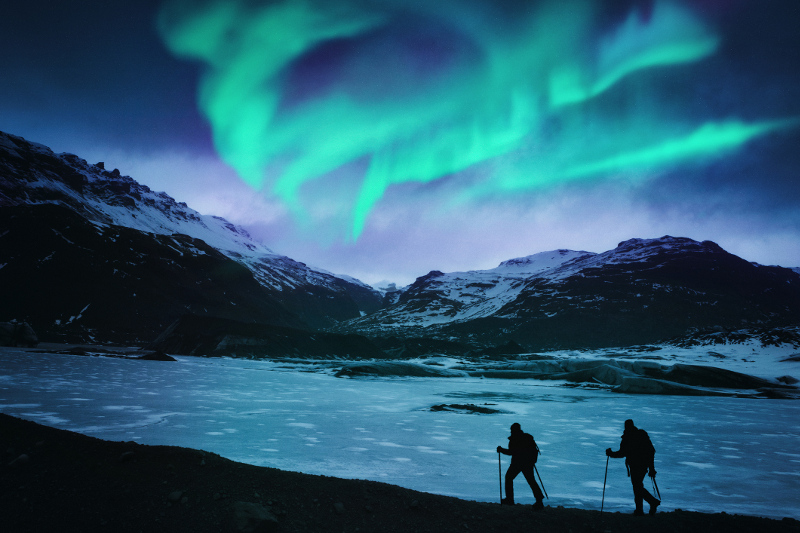 Many people claim to hear the northern lights, although scientist claim it is impossible

Where in Iceland should I go to see the northern lights?

They can be seen from anywhere in the country, even over the capital city and most populated area of Iceland, Reykjavik. But away from the light pollution of the main towns the lights will be much brighter. A popular option is a northern lights tour, during which an expert guide leads you to a destination where the lights have a high chance of appearing. If you don’t see them, you’ll get your money back or be able to go out again on another night. If you’d prefer to track the aurora borealis by yourself, it’s recommended that you have experience driving on winter roads.

It’s important to remember not to travel to Iceland specifically for the northern lights, but to enjoy them as a part of the destination. Iceland is full of amazing sights, and it’s best to think of seeing the aurora borealis as an added bonus to your trip. All you need is a little luck.

9 Ways to Find Luxury in Whistler