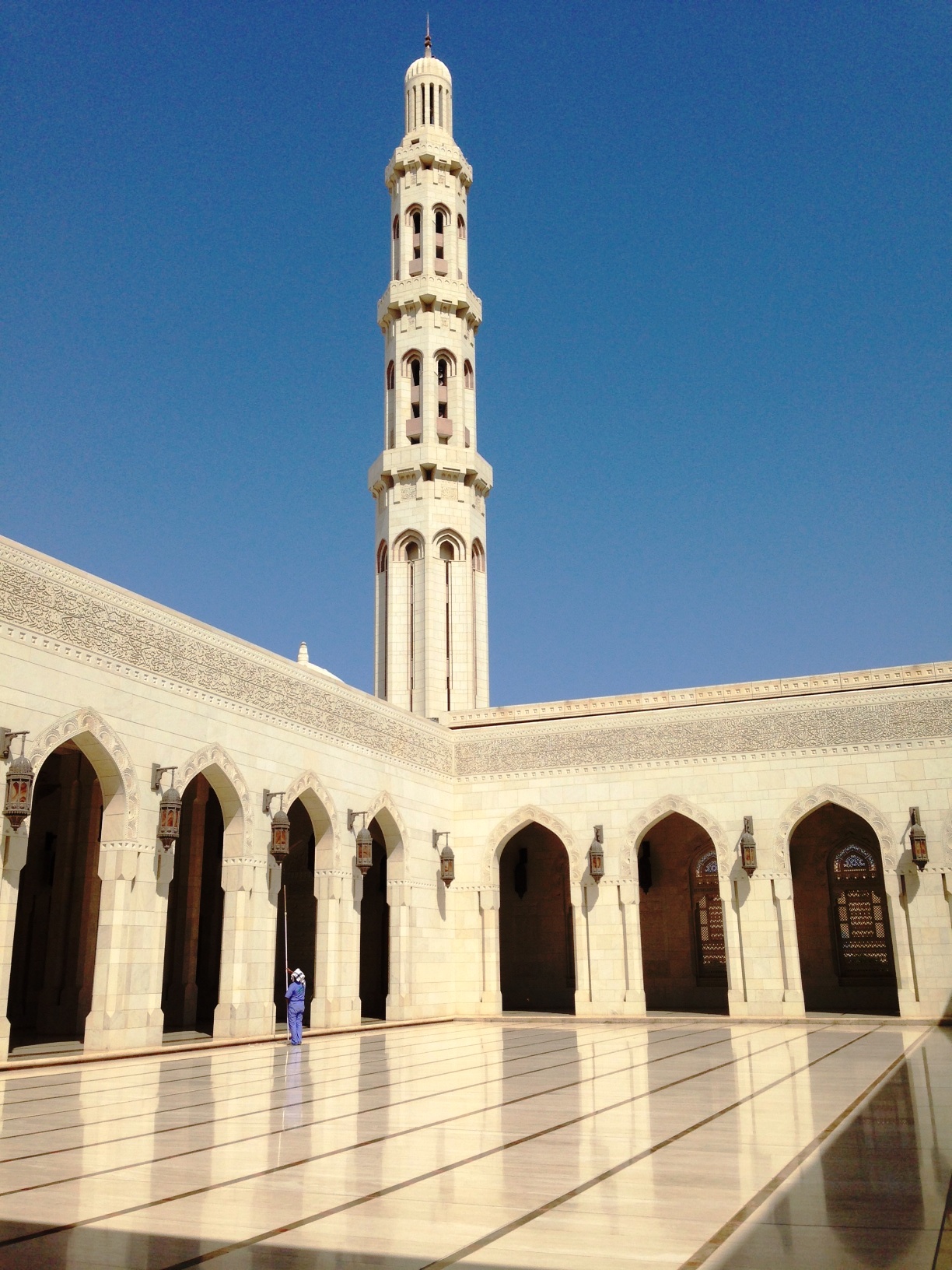 Images of lantern lit bazaars, grand palaces and windswept sand dunes naturally come to mind when dreaming of the faraway Arabian Peninsula. A land of golden deserts, rugged mountains and enchanting seas, this imposing landscape forged by the shifting sands of time, has given rise to ancient cultures and great sea faring civilisations. An even great influence, the region has been the inspiration for the great romantic legends and whimsical fairy-tales that are still part of today’s storytelling traditions.

With these exotic images in mind, Becky Kent Perchalla from Perchalla & Turner Travel Associates gladly accepted a trip to Qatar and Oman, as a guest of Qatar Airways and Alila Resorts. Nestled along the northern shores of the Arabian sub-continent, these two small, but historically significant countries became the centre of Becky’s very own Arabian fairy-tale, one filled with enchanting characters, great feasts and sweeping landscapes.

What better way to begin an exotic filled holiday than with a business class flight on Qatar Airways. Flying from Australia to the Qatari capital of Doha, Becky and her group were treated to the pampering service provided in this exclusive cabin as they lounged in the airline’s signature pyjamas, all the while enjoying the finest cuisine and in-flight entertainment.

With one day to savour the wonders of Doha before being whisked off to Oman, Becky and her fellow explorers eagerly braced the 35 degree heat, quickly finding a breezy respite along the shores of the alluring Persian Gulf. Here, the group took air conditioned refuge in one of the most treasured cultural attractions, the Museum of Islamic Art.

With its impressive palace like appearance, the museum’s reigning attractions are the ancient collections of ceramics, textiles and manuscripts. Designed by world renowned I.M. Pei, the museum’s gallery spaces and architectural features are equally riveting as are the sweeping views of Doha’s modern skyline located just across the city’s harbour.

In the Middle East, the falcon is revered for its speed, agility and dignified bearing. Falconry is a big hobby in Qatar and it was at the falcon showrooms at Souq Waqif where the birds were found perched majestically in shop fronts waiting for a buyer to whisk them away. “This is something you just don’t see at home,” said Becky.

A Retreat along the Arabian Sea
Boarding Qatar’s direct service to the century’s old city of Muscat in Oman, the short one hour flight provided a birds-eye-view of the fabled Persian Gulf and Gulf of Oman. These great waterways were Oman’s link to the world, making this small nation a global power and centre for commerce and trade in the 18th and 19th centuries.

Upon landing it was off to the Chedi Muscat hotel as the intrepid Aussies surveyed the magnificent scenery with wide-eyed anticipation. The traditional yet luxurious surroundings instantly put the group in a relaxing Omani frame of mind. “The service is impeccable and really elevates the experience,” said Becky. “The hotel has beautiful, manicured gardens and the Long Pool (being the longest in the Middle East at 103m) fits beautifully in the middle of these gardens.”

The group found the palatial characteristics of the resort to be impressive and the rooms were no less regal. “The suites are roomy with separate living and sleeping areas and a huge sunken bath,” Becky explained. “The included mini bar was a lovely bonus along with the jars of dried apricots, pistachios and almonds to nibble on – it was all quite a treat!” The real bonus however was the ocean facing balconies with day beds. “It was as if the country was laid out before us, and all right from our hotel suite!”

From the Souks to the Mountains

Unlike most Middle Eastern capitals, Muscat is devoid of glass skyscrapers and towering hotels. While the city is modern, it still retains its old world appearance and feel. Traditional architectural influences and modest yet elegant embellishments make for a magical setting. Walk along the sea on the city’s handsome Corniche and the tastefully decorated city turns into a spellbinding Arabian Oasis.

“Oman is an amazing country full of surprises, old and new,” said Becky. “The tallest building is the Sheraton Hotel, and it’s refreshing to visit a city that remains true to its roots.” Not surprisingly, it was the local people that made the trip such a memorable experience. “The Omani people were warm and generous with a good sense of humour - interestingly, the men can choose the colour of their headwear and scarves, so you see a vibrant array of colours worn with the white dishdasha.”

A Desert Castle and Mountain Retreat

Nizwa Fort, located south of Muscat in the Omani desert is the perfect day trip from the capital. Built in the 1650s, this castle like structure is one of Oman’s most important national monuments. With its enormous circular tower and imposing fortifications, Nizwa provides a fascinating look back, to a time centuries ago when warring tribes struggled for territory and wealth. “Nizwa Castle with its beautiful grounds and date palms and panoramic views from the top of the castle are simply gorgeous!” said Becky. “The fort has been very well restored and the history has been well documented.”

But what would a holiday be without a little shopping? The Nizwa Souks provide a wide range of goods from frankincense to rugs. “The souks are clean, the vendors friendly and welcoming and there is a huge variety of goods, making this an enjoyable attraction, even for the non shopper,” said Becky. “It’s very easy to spend several hours in each souk! On certain days the souk becomes a livestock market and even at closing time there were still wheelbarrows full of pomegranates and clay pots and baskets of fragrant spices!”

Just a two hour road trip from Nizwa, Oman’s Jebel Akhdar mountain ranges feature some of Oman’s most striking landscapes. Stretching a distance of more than 300 kilometres, the jagged cliff top areas are famous for the pomegranate, nut and apricot products grown here.

The Alila Jabal Akhdar Resort is found perched on the cliff tops overlooking this great mountainous expanse. The deluxe accommodation and upscale facilities combine to make a magnificent mountain top retreat the highlight of any holiday.

Storied Lands
“Just go!” urged Becky. “This is like something out of Mad Max or Star Wars, with rocky surrounds and breathtaking valley views!” Even today, it seems the dramatic landscapes remain the muse for epic stories such as these, and with good reason. Unique, out-of-this-world scenery mixed with a dash of cultural mystery and enchantment and it’s easy to see why Oman and the surrounding lands have for century’s delighted visitors and storytellers alike.

Girls Just Want To Have Fun 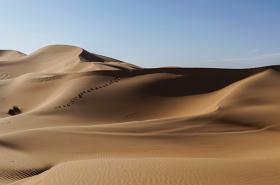 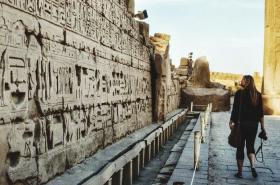 Solo Travel: 5 Tours that are Perfect for Travelling Alone
Asia 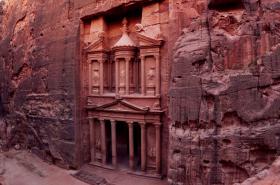 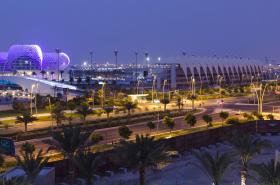