Along with the city of Hiroshima, Nagasaki has become a shrine of remembrance for those who fell in the World War II bombings. The two cities now offer a peaceful beauty, and the past is honoured by poignant memorials in the form of museums and preserved relics like the Genbaku Dome, the only substantial building that survived the proximity of Ground Zero. The carefully tended brick ruins sit on the bank of Hiroshima’s Ota River, its contrast to the modern, orderly city rendering it an unforgettable icon.

Visit Nagasaki, along with Hiroshima, Yakushima, Kanazawa and Tokyo aboard APT’s Caledonian Sky 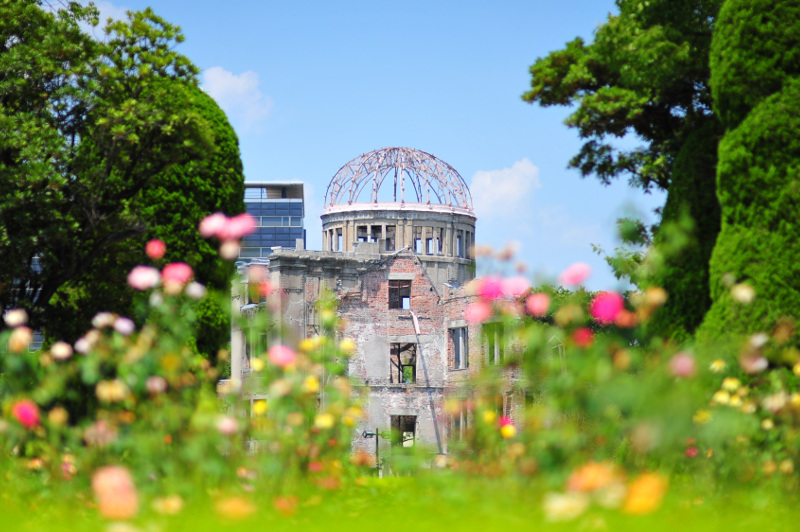 Nagasaki, located in the far western Kyushu region, has further fascinating history. Visiting from aboard the luxury small ship APT Calendonian Sky gives you the opportunity to delve into the rich past, with onboard guest lecturers offering specialist knowledge of the region's culture and history.

In the 16th Century, Portuguese traders and Christian evangelists arrived in Japan and the once insignificant fishing village of Nagasaki quickly grew into a bustling trade centre. Over time, the Dutch, English and Russians also began trade relations, but without the Catholic prerequisites of the Portuguese.

In the 19th Century, Nagasaki was an important international trade centre and was classified as a special economic zone even permitting a resumption of the Catholic faith and the building of the famous Urakami Cathedral, the largest Catholic church in East Asia at the time. Oura Catholic Church is Japan's oldest Gothic church built for the foreign community in the nineteenth century under the supervision of a French missionary. 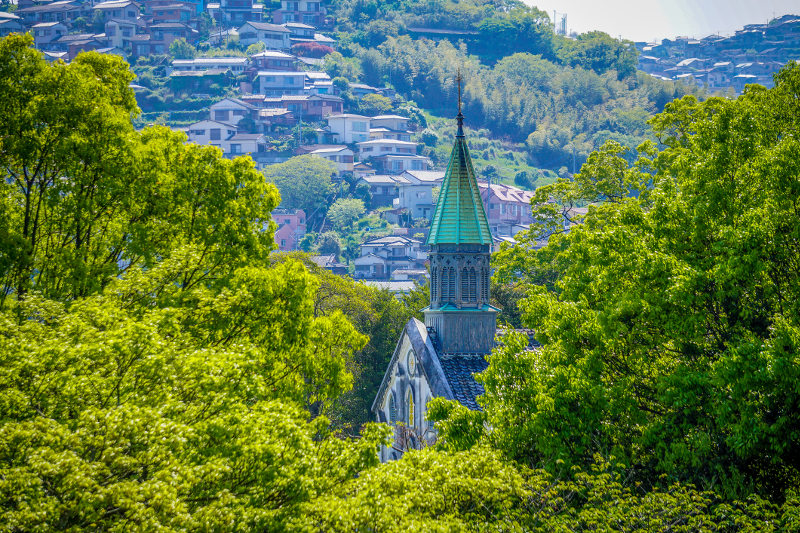 Nagasaki is perhaps the most important city in Japan for Christian history, a religion that hasn’t always enjoyed tolerance through the ages. The story of Japan's ‘Hidden Christians’ or kakure kirishitan, is another engaging tale.

Discover the Marvels of the Mekong
Sailing the Spice Islands 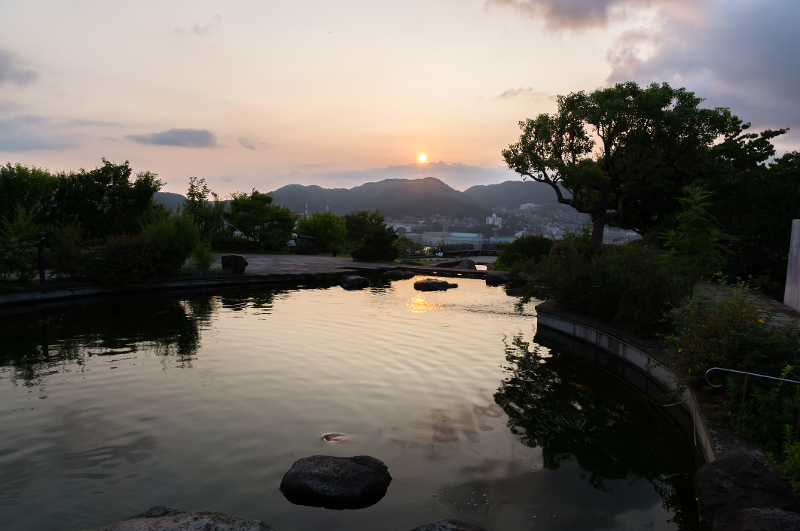 The gardens of the Glover mansion, a tourist site to this day. Photo: Getty Images

In the latter half of the 19th century, referred to as Japan’s Meiji period, heavy industries like shipbuilding set up to take advantage of the excellent harbour. The famed Scottish merchant Thomas Blake Glover came to Japan at this time and spent his whole life there, building the first western style home in Japan. His former house and gardens are popular tourist sites to this day.

Visitors to Nagasaki can see something of this centuries-old international activity with a visit to Dejima Island. It was constructed during the mid-17th century as a commerce enclave for the multinational traders and has been progressively restored as a historic monument catering to tourism. 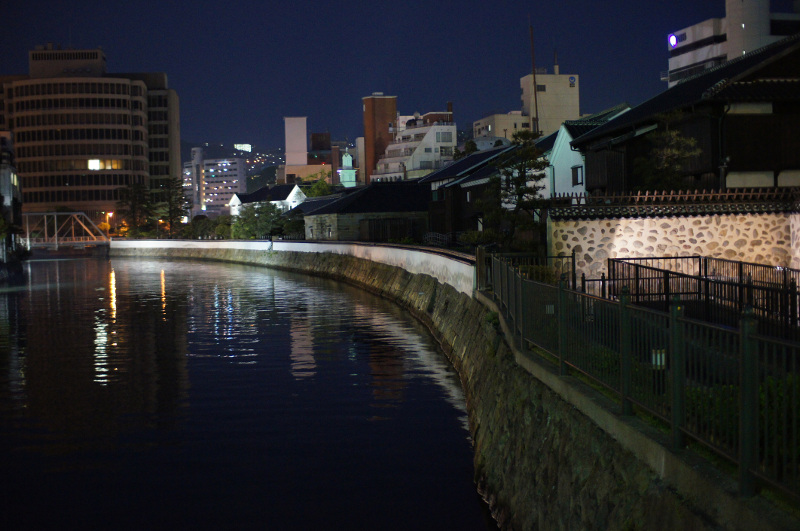 Many European arts, crafts and influences entered Japan through Dejima Island including photography, the piano, paint, coffee, chocolate and beer.

One of the most prominent buildings is the former Nagasaki International Club built in 1903 as a meeting place for westerners and Japanese. Nowadays the building houses a restaurant where visitors can sample such "western” delights as beef curry, Portuguese Lunch and hamburger with Turkish Rice. In the grassed area between the two buildings is the Dejima Tree, brought from Jakarta by the Dutch. 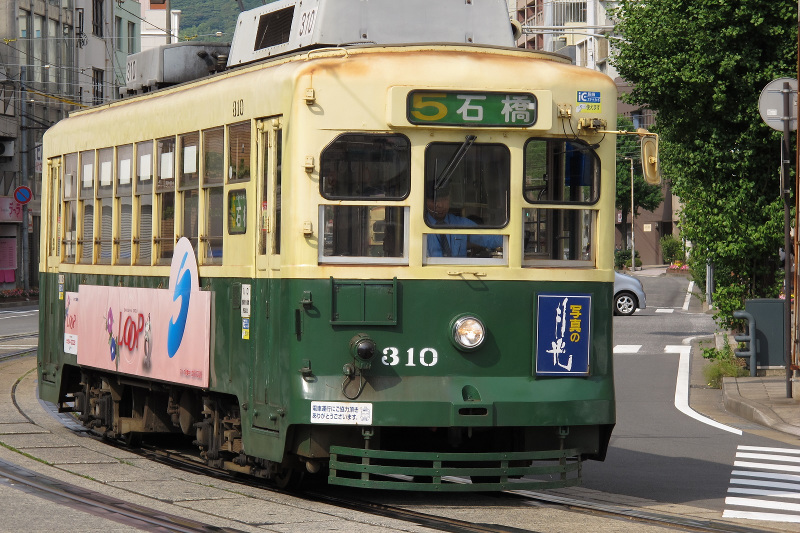 The Nagasaki street cars date back to the 1940s. Photo: Rod Eime

A fun way to get around the streets of Nagasaki is on the streetcars. The light rail system is one of the oldest in Japan and still runs along its original 100-year-old routes. The historic vintage trams actually date back to the 1940s and are of the type that was in use on that fateful day in 1945.

Reconstructed Nagasaki is now a thriving, modern city with a population of around 500,000 and is visited as part of APT’s Timeless Japan, an 11-night itinerary from Osaka to Tokyo aboard the luxurious small ship, the MS Caledonian Sky. You will also see much more including the country’s most famed gardens, Koraku-en, then arrive in Hiroshima to visit the Peace Memorial Park and even South Korea’s Jeju-do.

Call 13 70 71 to chat to us about your personalised APT Small Ships adventure today!

The Best Travel Apps, From Planning to Sharing