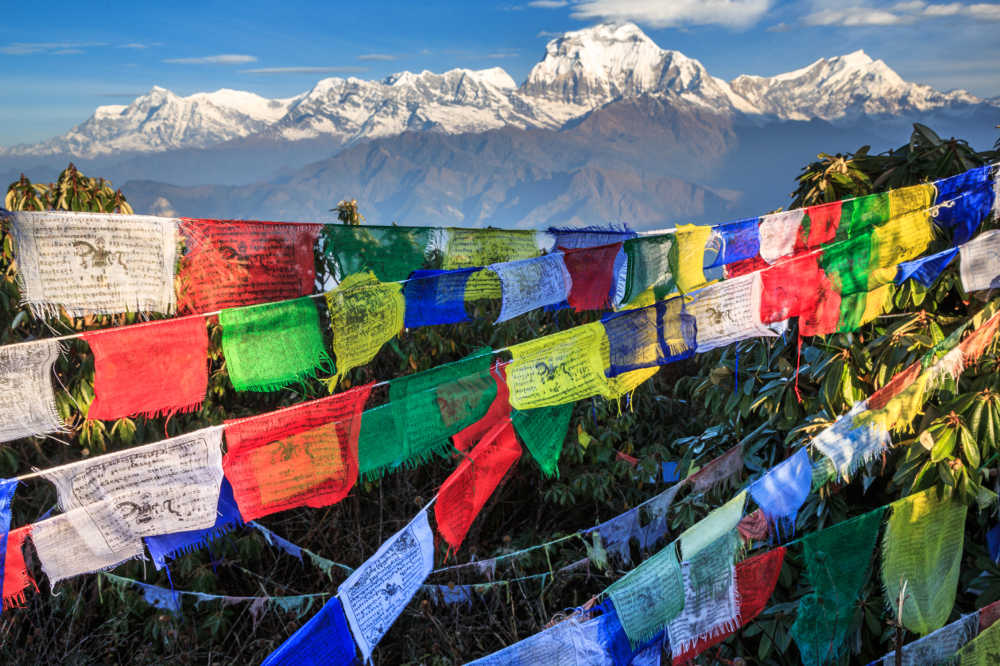 As we wove our way through the chaotic and vibrant streets of central Kathmandu, our guide told us how, on April 25 last year, he had been travelling along the same route with Mountain Kingdoms’ clients just before noon when the earthquake hit: “The whole car just started shaking from side to side … our driver lost control. All the traffic came to a standstill as the tremors kept coming in waves for another 45 minutes.”

A major earthquake had struck, resulting in the deaths of about 9,500 people; had the epicentre not been about 100 kilometres from the capital, the toll might have been much higher.

Plenty to marvel at

We were heading for Durbar Square in Patan, about eight kilometres south of the main city, a place we saw repeatedly in news reports following the quake. Seeing the collapsed and damaged temples brought into sharp focus what happened here, but it is a Unesco World Heritage Site, one of seven in the Kathmandu Valley, where only 15 per cent of the buildings were destroyed or badly damaged.

Durbar Square was closed for two months after the quake, but by the time I visited – six months later – it was bustling with visitors again. There is plenty to marvel at.

The magnificent Royal Palace, parts of which date back to the 14th Century, seemed to be untouched. Inside, we met two students from the University of Vienna painstakingly cleaning an ancient Navari stone inscription – part of the post-earthquake restoration.

Our first real glimpse of Nepal’s mountain magnificence took place the next day on our short flight with Yeti Airways from Kathmandu to Pokhara, the starting point for people wanting to trek in the Annapurna region. I was lucky to be sitting in a window seat on the right-hand side of the aircraft and as we broke through the clouds, there before me were the Himalayas.

Huge, bright, white, snow-capped mountains framed in blue sunlight. Occasionally the clouds beneath us parted and opened up a view of the green valleys a long way below.

What Nepal lacks in size, it makes up for in height. It is the country with the largest altitudinal range on the planet.

In the south, the subtropical Terai plains are only 100 metres above sea level but as you head north towards the border with Tibet, things change dramatically. There are only 14 mountains in the world over 7,925 metres and Nepal has eight, including Everest at 8,840 metres.

Earthquakes aside, conservative estimates suggest Everest grows by at least two millimetres a year, which in geological terms is equivalent to the speed of Usain Bolt. But this activity comes at a price.

The Himalayas have formed at the point where the Asian plate is subducting under the Indian plate. The tectonic forces that continue to make the mountains also make the area prone to earthquakes.

After a two-hour drive from Pokhara, we began trekking with our guide, Mani Rai. It was now we started to realise the economic significance of the disaster: “You are my first guests since the earthquake. I haven’t walked for five months. Even though these trails are safe, everyone cancelled.”

Mani told us that every single tourist supports 10 Nepalese people: no wonder people are pleased to see us. Late September, just before the start of the autumn trekking season, was a great time to visit Nepal; everything was a vibrant green, the air clear, and the rivers and waterfalls at their most impressive.

We had caught the tail end of the monsoon with high temperatures and leeches, but I wanted to see first-hand the condition of the trails and lodges post-earthquake. It was a two-hour walk through the countryside to our first characterful Ker and Downey mountain lodge.

We shared the path with a vast array of crickets that sang for us, and a few equally colourful locals who greeted us: “Namaste! Namaste!” – but not a single traveller. On our arrival at Sanctuary Lodge, we soon discovered we were the first visitors of the season and we had the place to ourselves.

Ride the rails in neighbouring India: The Maharajas' Express

Day two was a serious trekking day, with about five and a half hours walking uphill – a 915-metre climb in all. The route took us along the valley and across the raging Modi River, then up steep stone steps through numerous mountain villages to Ghandruk.

This sizeable community is built near the top of what the Nepalese call 'foothills'. At about 1,830 metres above sea level, Ghandruk is considerably higher than the 'mountain' Britons call Ben Nevis.

Here on clear days there are magnificent views of the Annapurna range. Mani described this route as “an Annapurna superhighway”.

We passed lodges, restaurants and even German bakeries, all open for business but devoid of trekkers. We had passed neatly turned-out schoolchildren, mule caravans, chickens and plenty of local dogs.

At one point a large eagle soared overhead, as if heralding our return. As Mani promised, there was virtually no sign of damage anywhere on the trail; brick houses over 500 years old still stood erect and strong.

After our long, hard trek the previous day, we got to spend a full day walking around Ghandruk village. It was a chance to immerse ourselves in the breathtaking surroundings and to have proper meetings with the locals.

Aside from several satellite dishes and power lines, it was like turning the clock back several hundred years. Multi-generational families live in doll’s-house-sized dwellings, most living off the fertile land.

Each plot is planted with vegetables, grains and rice terraces. Gardens are filled with dahlias, marigolds, nasturtiums and red roses. Although it sounds and looks idyllic, this is a tough life for these hardy, yet charming, mountain people.

The next morning we spent two hours walking downhill before heading on a steep ascent to the small village of Landruk, a place that time had somehow left in the Middle Ages. Yet as we walked through the village we found working Wi-Fi in a small restaurant run by a particularly cheery woman. It was bizarre seeing and talking to our daughter in Bath, live from the Himalayas.

Later, at La Bee Lodge, our hearty lunch was served on the pretty lawn that looked down and across the magnificent valley through which we’d just trekked. Breakfast was also alfresco and for the first time the clouds started to part enough for us to see a glimpse of the Annapurna Mountains sitting behind the foothills.

We sat mesmerised, as they were gradually revealed to us in a Nepalese 'dance of the seven veils'. Just 24 kilometres away, two white peaks loomed so large the perspective seemed somehow wrong, like an extraordinary theatrical backdrop.

We set off from the Landruk lodge soon after 8am, following a beautiful trail that is rarely used by visitors. We walked for nearly five hours, traversing the hills and paddy fields, climbing down into three deep ravines through lush forests, and crossing rivers and waterfalls on Indiana Jones-style suspension bridges.

Whenever we got the chance, we looked back at the mountains. With the monsoon rains over, the Annapurnas didn’t disappoint, revealing themselves on both the last day of our trek and for our two-day stay in Pokhara.

Before heading home, we went to the most photographed landmark in Nepal – the Great Buddha Stupa in central Kathmandu. Like generations of travellers before us, we sat drinking tea in one of the rooftop restaurants that surround the stupa.

Normally this gets you high enough for a perfect view of the iconic Buddha eyes that grace its centre. Right now they’re gone, replaced by scaffolding and restoration workers.

It’s a sobering reminder of the earthquake; but while the eyes of Nepal may be temporarily closed, the heart of this nation is very much intact. If you’ve ever thought of going or revisiting the Himalayas, now is the time to go.

This country needs you. Nepal is open for business. “Namaste Nepal” – “I salute the god within you.”

This article was written by Dale Templar from The Daily Telegraph and was legally licensed through the NewsCred publisher network.