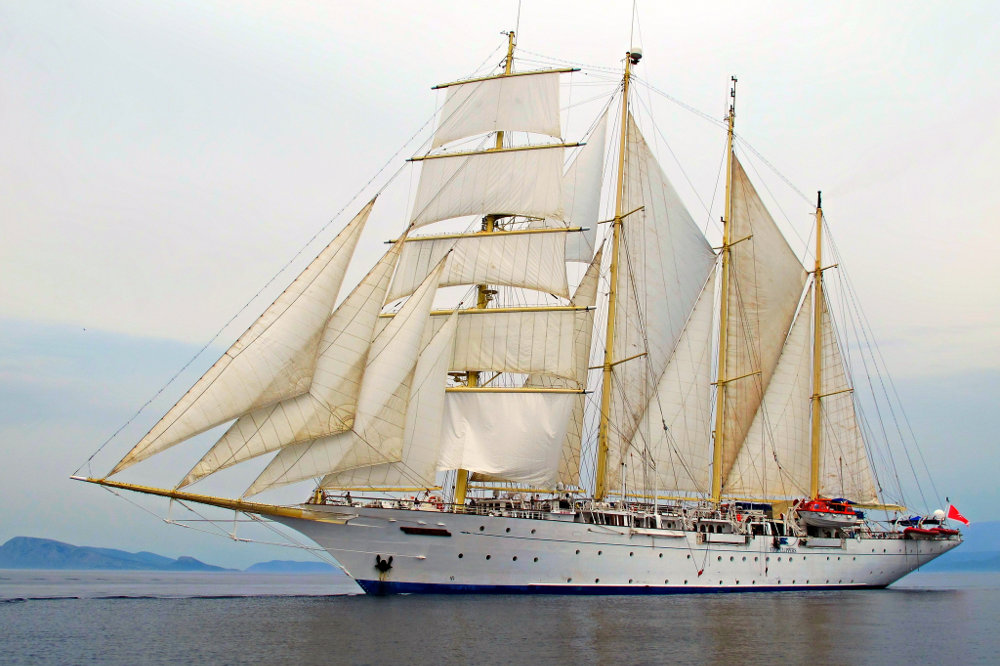 Star Clippers To Sail Indonesian Waters For The First Time

Many of us are old enough to remember the adventurous BBC TV series The Onedin Line, where glorious old tall sailing ships plied the oceans in search of adventure and profit. That TV series was the spark for my interest, and the opportunity to get aboard Star Clipper – in advance of its return to South-East Asia this year – was just irresistible.

Despite the beautifully classic lines and timeless nautical design, Star Clipper was actually laid down in 1991, well after the last episode of Onedin Line went to air. Its sister ship, Star Flyer, was built at the same time in Belgium to an identical design. Even so, to look at it with all 3,345 square metres of sail unfurled, you could easily be gazing on any number of magnificent vessels of the past 100 years and it was these vessels of the early 20th Century that inspired its design.

Shipboard life aboard Star Clipper is not all loafing around the pool with cocktails. Time is set aside for guests to climb the mast for photos as a bit of experience of life aboard a tall ship. You can also lounge on the bowsprit netting or pose imperiously at the open-air helm for selfies.

In the event there is insufficient wind to fill the many sails, as can often be the case, it will make 10 knots under power on request. But don’t be completely disappointed if you don’t get the full Onedin Line experience. I’m told sailing with full rig in a stiff sou’wester is not how you’d want to spend your holiday.

“It’s fun for the first 10 minutes,” cruise director Peter tells me, “then you want it to be over!”

The 85 compact cabins are arranged across four decks in six categories and are similar in size, and amenities, with yacht-like decor and comfort. The biggest distinguishing feature between categories is location on the ship. The higher the cabin category, the higher or more central they might be located on board.

Star Flyer: This Is How To Sail The Mediterranean

I’d heard mixed reports about the dining but I honestly found the variety and the quality hard to fault. A typical day’s fare begins at 06:30 with an early riser breakfast, followed by buffet at 08:00 until 10:00.

A random menu from Chef Rudolfo starts with thin sliced dried beef and barley salad followed by soup and sorbet. A choice of mains could include grilled salmon, duck breast or stuffed bell peppers for vegetarians. There is always an alternative such as pasta or sirloin if nothing on the menu appeals.

Star Clippers has gradually expanded its fleet and has recently announced construction of the world’s largest sailing ship for delivery in late 2017. The as-yet unnamed ship will be the line’s fourth sailing ship and will carry almost twice the amount of sail and number of guests as Star Clipper.

Not only will the added capacity allow Star Clippers to greatly increase their inventory, it will also allow the fleet to spread out around the world and explore new territories and revisit old haunts. Currently Star Clippers vessels can be found throughout the Mediterranean and Caribbean, but from December 2016 itineraries will include Asia as Star Clipper repositions to homeport from Phuket for five months.

Apart from regular, seven-night Phuket round trips, Star Clippers offers 19 departures between May 6 and October 14, 2017, and sailings of seven, 10, 11 and 14 nights, from Bali and Singapore, including Bali round trips and itineraries from Bali to Singapore and reverse.