TRAVEL BLOG The Best Places to Experience Fall in the USA

Amazingly diverse, with 50 states and over 320 million people, the USA is a captivating travel destination whatever the season. But it's particularly enticing in autumn - or fall as they call it over there. In September and October, as summer fades, temperatures drop across the country, and in the northern states especially, you'll witness some spectacular fall foliage, as leafy trees sport a dramatic colour transformation, often against cloudless, Insta-worthy blue skies. A brilliant way to experience this enchanting natural phenomenon is with Collette, a US tour operator that's celebrating its 100th anniversary in 2018. Here are some of the best places to go touring with Collette during fall. 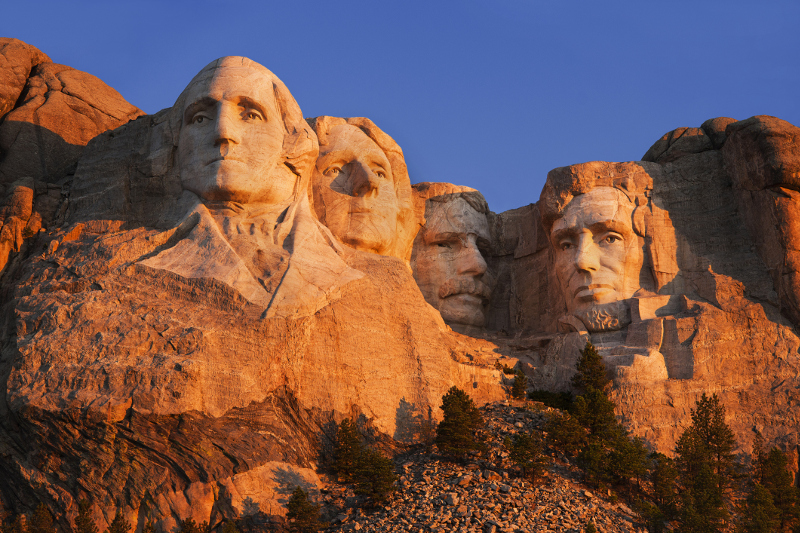 Home of Mount Rushmore, this Midwest state isn't the obvious choice for fall foliage hunters, with much of the landscapes carpeted in grassy prairies and evergreen pines. But sporadic clusters of oak, ash and aspen trees provide a fiery autumnal palate, with red, orange and gold fall leaves adding to the picturesque quality of the state's highlights, which include Custer State Park, where bison (American buffalo) roam free; the Crazy Horse Memorial, a vast mountain sculpture that depicts a revered Lakota Sioux warrior; and the Badlands National Park, an other-worldly expanse of bizarre rock formations. 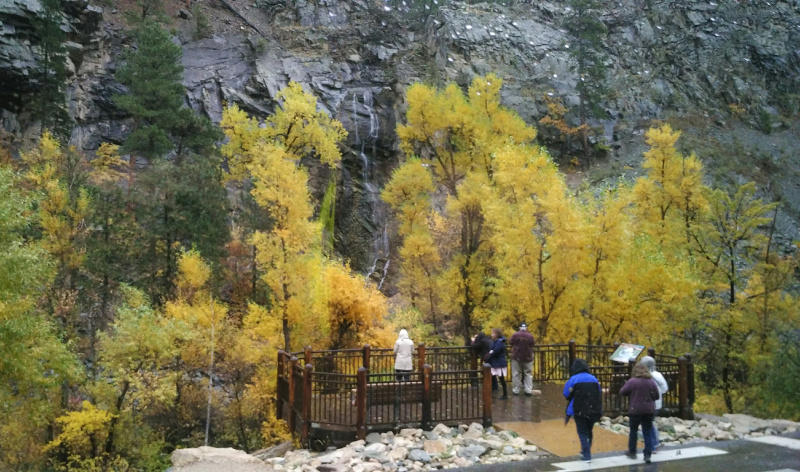 You'll visit all these on Collette's Spotlight on South Dakota tour, which also takes in the Spearfish Canyon Scenic Byway. Close to the old Gold Rush town of Deadwood, it was one of the filming locations for the epic Kevin Costner movie Dances With Wolves, and in fall its forested slopes are laced with yellowy tones. 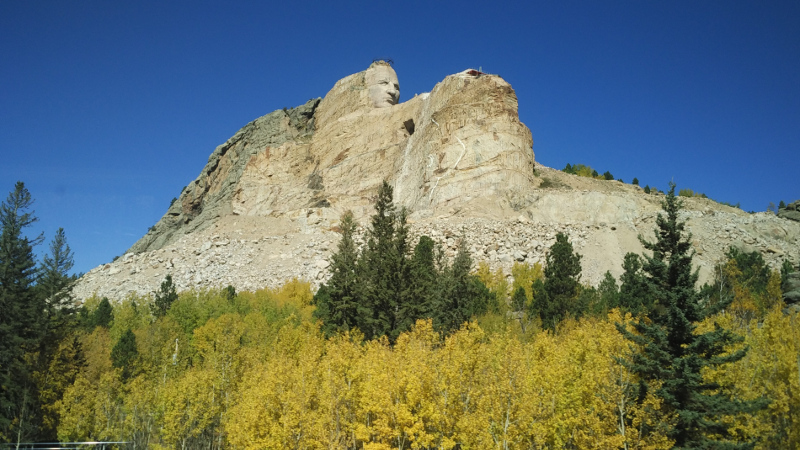 Crazy Horse: the world's largest mountain carving and considered The Eighth Wonder of the World in progress. Image: Steve McKenna

New England is the most popular place to get your fall fix. It's the collective name of half-a-dozen states in America's north-east: Connecticut, Maine, Massachusetts, New Hampshire, Rhode Island and Vermont. Lit up with crimsons and oranges, the region's quaint tree-lined streets, wooded hillsides and beautiful fishing harbour towns are showcased on Collette's Colours of New England tour. As well as driving through postcard-pretty villages dotted with white-steeple churches, you'll check out Boston, Walker's Point (where George H W Bush has a summer home), and Boothbay Harbour. Touted as the boating capital of New England, it's the place to tuck into freshly-caught Maine lobster. 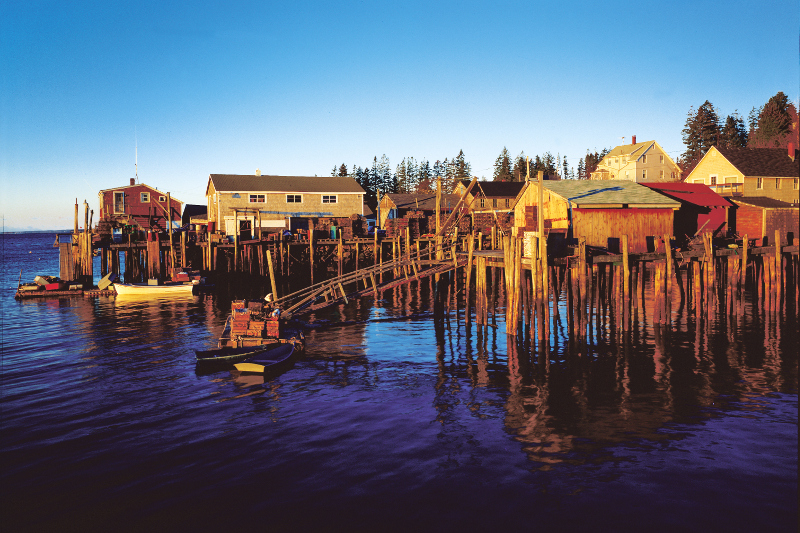 On the opposite side of the States, the Pacific Northwest is more enthralling than ever during fall, with radiant hues streaking across rugged, largely evergreen countryside. Beginning in Seattle, in Washington state, and ending in San Francisco, Collette's Pacific Northern-west & California tour takes in a slew of fall leaf-watching areas like Columbia River Gorge and Mt Hood National Forest, near the bohemian city of Portland, Oregon, and the hiker-friendly hills around Mount St Helens, a volcano that famously erupted in 1980. 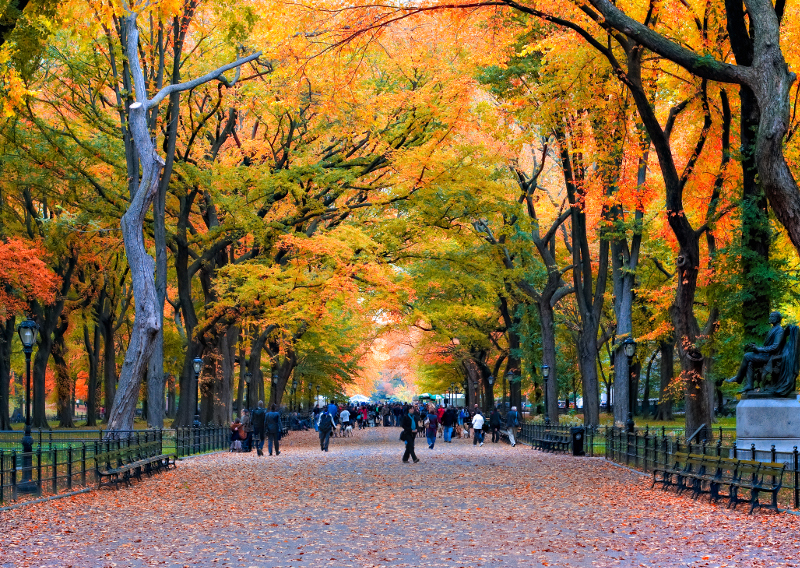 One of the most picturesque places to enjoy US fall is, of course, NYC's Central Park. Image: Getty

While summers can be hot and sticky - and winters teeth-chatteringly cold - in the big cities of America's eastern seaboard, fall is an ideal time to come. In New York, it can stay as high as 25 degrees Celsius until late October, and the city's Central Park is a wonderful place for an autumnal amble, with buttery and red leaves from oaks, elm, red maple and beech trees crinkling beneath your boots. Sign up for Collette's Spotlight on New York adventure and you'll stay in the historic Sheraton Times Square hotel, which is just six blocks from the park. 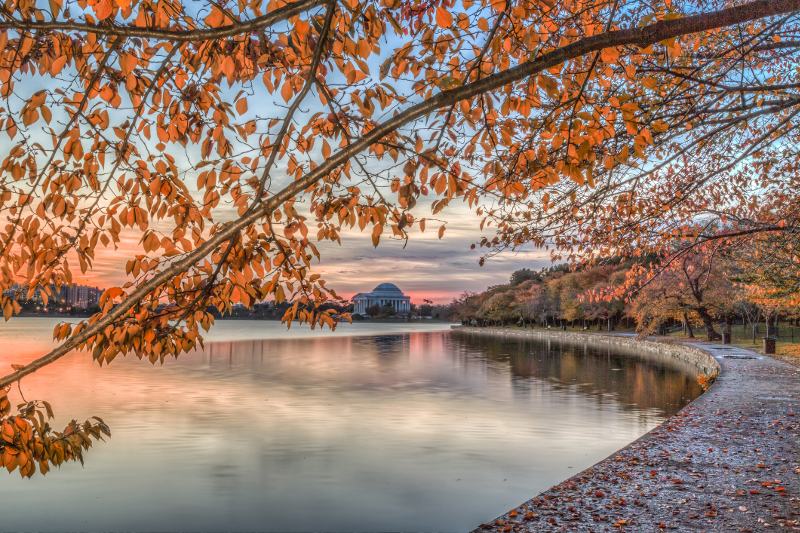 Boasting a similar climate to the Big Apple, the nation's capital is another terrific fall break destination. On Collette's Spotlight on Washington DC experience, you'll see dazzling colours hedging the city's famous landmarks like the White House, Capitol Building and Lincoln Memorial. The tour also takes you to the Arlington National Cemetery, the world-renowned Smithsonian Institution and Ford's Theatre, where President Abraham Lincoln was assassinated in 1865.