The ancient harbour city of Toba is one of the last places where you can see the mystical sea women of Japan go about their millennia-old method of pearl diving.

Reiko offers me a steaming tray of pungent crustaceans. The gnarly shellfish are straight off the coals, the hot flesh still bubbling in their own juices sending a strong aroma into the air.

I choose the biggest, ugliest one and Reiko nods approvingly. The rough, mottled meat looks anything but appealing and as I pop the whole ensemble into my mouth while she watches my reaction closely. I flinch momentarily as the peculiar flavours assault my tongue. It’s robust, nutty and smoky and I chew laboriously, but when I reach for a second, Reiko positively lights up.

“The big abalone are the real prize,“ Reiko tells me, “they earn us the best money.” 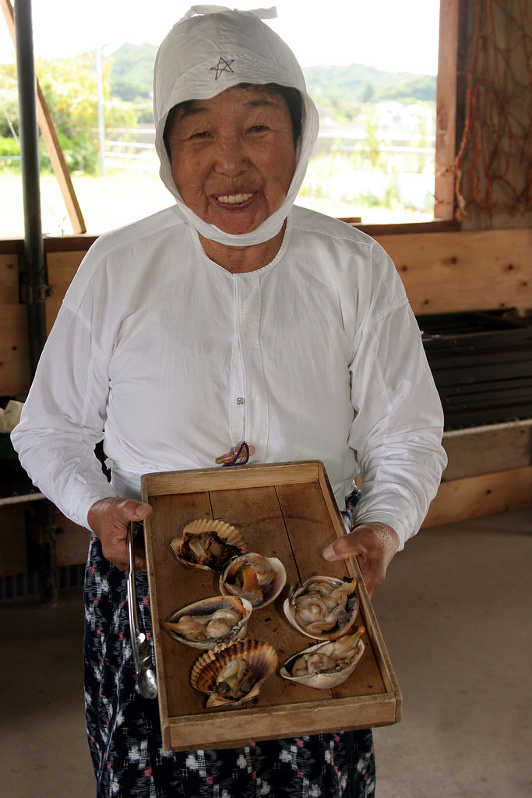 Here in the little hut just outside of Toba, the waves break gently on the seawall outside just as they have done for centuries. We all huddle around the oven watching intently as more crustaceans are placed in the fire.

Clams, mussels and slivers of prize abalone are laid out for us. These are the first to be greedily snapped up, while the challenging flavours of the turban shell wait for the hardiest diners. I eat a third and, finding my limit, reach cowardly for a mug of hot tea to extinguish my palate.

Reiko and Tazue are veteran ama (or amasan, sea women), divers for shellfish and pearls in the waters of the Pacific Ocean near their home in Japan’s Mie Prefecture, about 300 kilometres south west of Tokyo. Toba has always been a famous and strategic port town, connecting the major cities of Tokyo and Osaka.  It once was a famous redoubt for pirates some 500 years ago.

The legacy of the pearl diving mermaids

From the beginning of the last century, Toba has been renowned as the birthplace of Mr Mikimoto’s famous cultured pearls with an island bearing his name standing as a showcase to the fascinating craft he perfected from technology developed by the British Biologist William Saville-Kent in Australia and brought to Japan.

Mikimoto’s tourist island and museum also pays homage to the ama in a choreographed display of shell diving that raises more questions than it answers. While it is an honourable tribute to the centuries old art, it leaves the audience somewhat mystified as to the time-honoured process of shell collection. Two museums dedicated to the city’s maritime heritage, while comprehensive, likewise leave visitors with only a cursory understanding of the importance of the ama and their place in history. 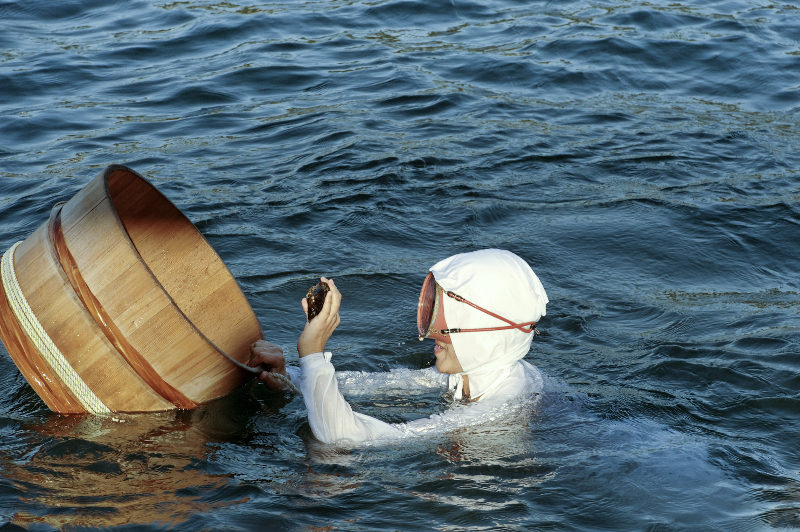 Today Toba is one of a handful of locations remaining around the coast of Japan where the legendary amasan still carry on their ancient craft of free diving for the lucrative bounty. This female-only tradition is believed to be at least 2000 years old and part of Japan’s enduring folklore and legend. References to the ama exist in famous texts such as the 8th century Man’yoshu collection of Japanese poetry and Sei Shonagon’s Pillow Book from the 10th century. The ama are also depicted in ukiyo-e woodblock prints from the Edo period (1603-1868) and have influenced Western popular culture thanks to their practice of diving semi-naked up until the introduction of modern wetsuits in the early 1960s.

But the era of the ama as seductive sea nymphs and mythical mermaids is long past, relegated to a cheerful passage of Japan’s recent history so infused with fire-breathing calamity at the hands (or claws) of Godzilla and Destoroyah.

Explore the capital: Outside the City Limits of Tokyo

Reiko and Tazue’s little hut is an unapologetic tourist attraction, but built authentically on the 60 year experience of these two remarkable women who will gleefully recount their life diving in the sea just metres from where we scoff their tasty seafood. As a teenager, Reiko began diving just after WWII, when the costume was just the alluring fundoshi (tied bikini bottom), a sight that catapulted them to popular notoriety when the imaginative occupying Allied servicemen spotted them. 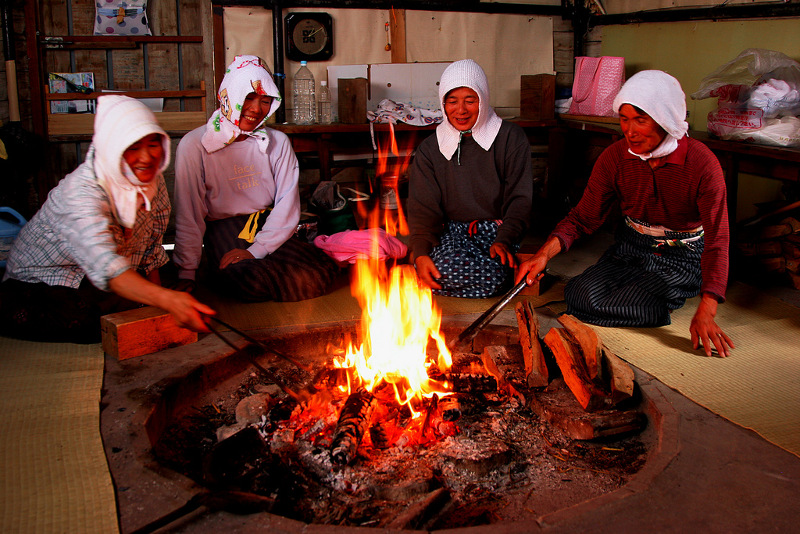 Today’s working ama are more 50 years old and their daughters and granddaughters are no longer attracted to the discomfort of early mornings, cold water and hard work.

“I am worried for the future,” laments Reiko who will be the last ama in four generations of her family. “My daughter doesn’t like the cold and there are no young divers coming to take our places.”

Reiko and her stalwart friends are doing what they can to keep the tradition alive but their era is coming to an end and only then will today’s generation understand what will be lost.