TRAVEL BLOG The Swanky Way To 'Do' Machu Picchu

The Swanky Way To 'Do' Machu Picchu

For many travellers, the coolest way to 'do' Machu Picchu is to hike to this fabled 'Lost City of the Incas'. You can spend four or five days lugging your backpack through the Andean countryside along well-trodden routes like the Inca Trail. But if this seems a bit too much effort, you could always just take the train from Cusco to Machu Picchu. The Belmond Hiram Bingham isn't one of your average train journeys, though. 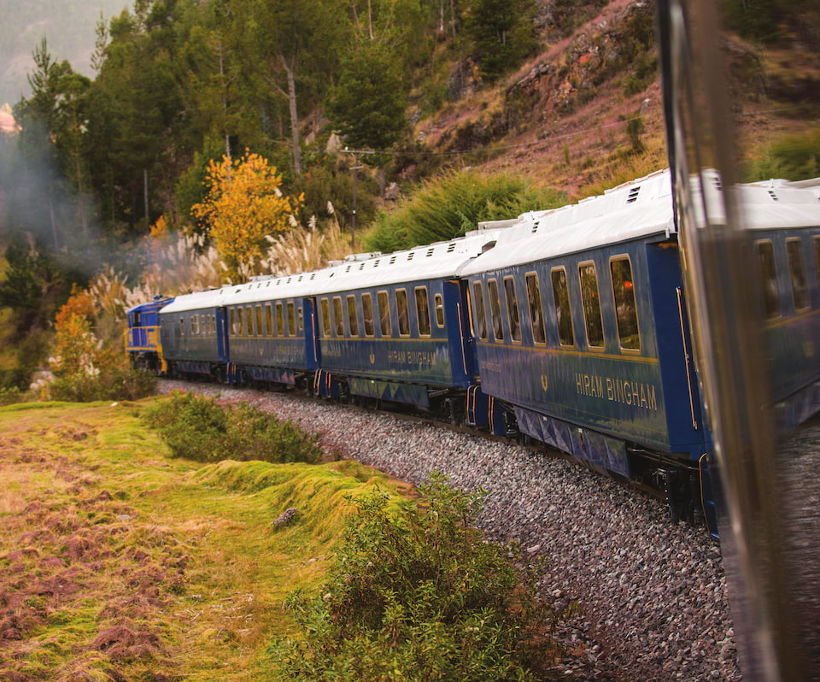 Named after the Indiana Jones-esque explorer and Yale university lecturer who 'rediscovered' the ancient Inca citadel in 1911, the Bingham is a pearl of luxury train travel. On the three-hour rail trip from Poroy, on the outskirts of Cusco, to Aguas Calientes, the village on Machu Picchu's doorstep, passengers are treated to Peruvian-flavoured fine dining, entertainment and stunning window views. 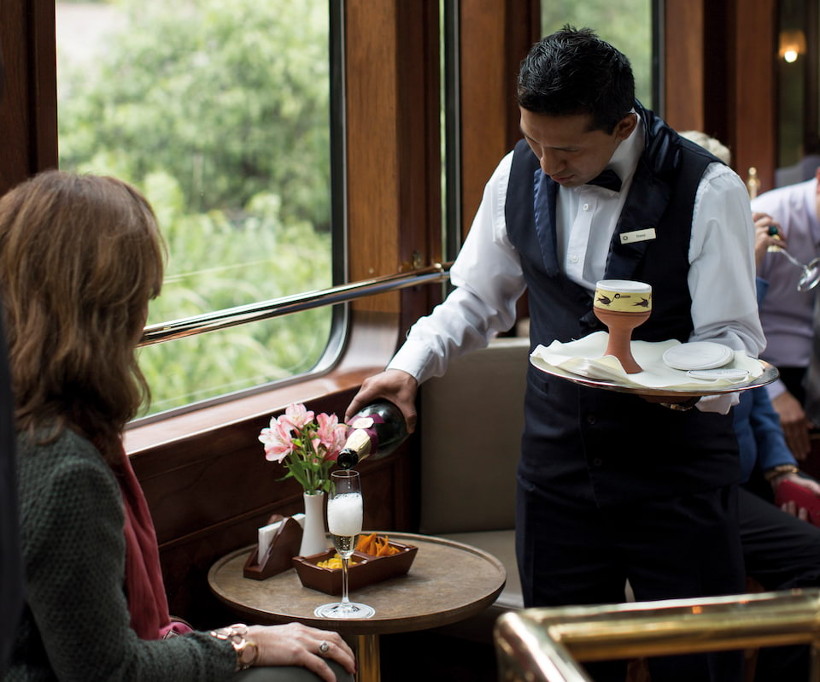 The fun begins on the platform at Poroy station, where brightly-attired Peruvians perform a traditional Andean song-and-dance routine, with pipes and drums, as waist-coated guards usher the cocktail-sipping customers aboard the Bingham's navy blue carriages, which are designed like the vintage British Pullman trains of the 1920s. Dubbed 'palaces on wheels' by original creator George Mortimer Pullman, they look like something from an Agatha Christie novel or movie, with polished wood panels and brass trimmings, framed black-and-white photographs and dining tables with flower-filled vases and antique-style lamps. You wonder what Mr Bingham would have made of this opulence. He reached Machu Picchu on the back of a mule. 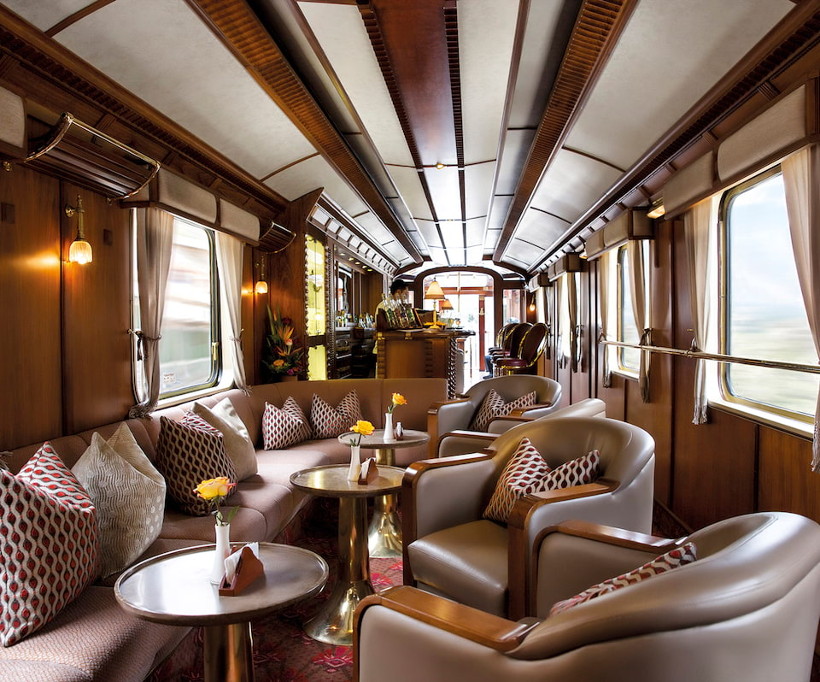 The train has a convivial bar and observation carriage with floor-to-ceiling windows, through which you'll see gushing rivers and luxuriant jungly peaks, and farmers ploughing patchwork fields of corn, quinoa, potatoes and beans. Most of the journey, though, you'll be content in your comfy armchair-like seat, taking in the rustic Andean scenery or savouring a delicious brunch. Paired with fine Peruvian wines are treats like roast alpaca loin and Sacred Valley corn followed by a dessert such as baby papaya, passion fruit and chocolate chip cheesecake trickled with strawberry sauce. 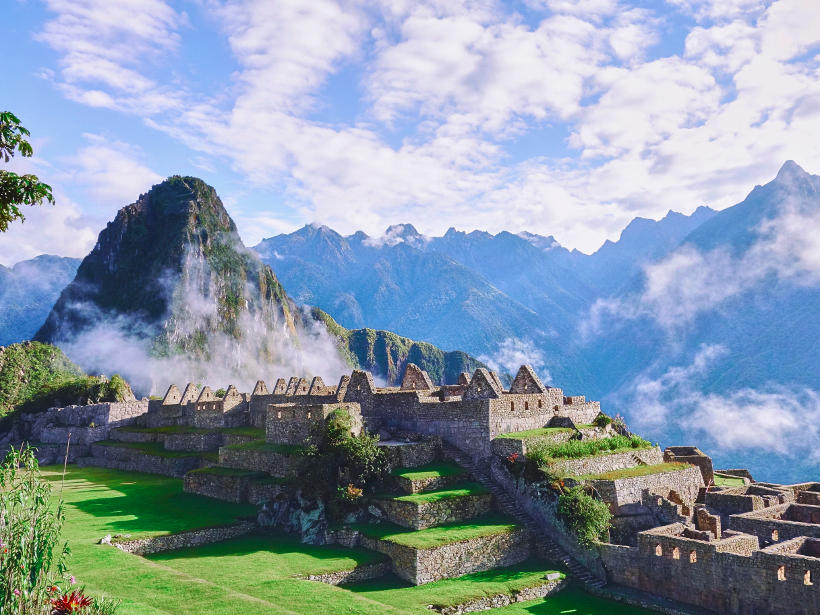 After a Peruvian coffee pick-me-up, you'll soon be transferred for a zig-zagging bus ride from Aguas Calientes to Machu Picchu, where you'll have an extensive walking tour around this UNESCO World Heritage site, spectacularly-situated 2420m above sea level. Over a few fascinating hours, a guide will explain the intricacies of the Incas' incredible stonework while revealing myriad facts, myths and legends about the old lost city. Despite all sorts of theories - it was used as a religious ceremonial centre, an astronomy base or a holiday home for revered Inca emperor Pachacutec – no one really knows why Machu Picchu was built in 15th century. What is agreed is that it was abandoned during the Spanish conquest of Peru in the 1600s and lay hidden to all but local indigenous people until Bingham stumbled across it. Back then, it was shrouded in verdant overgrowth. Now, it looks polished and pristine, with an abundance of marked footpaths and signs. 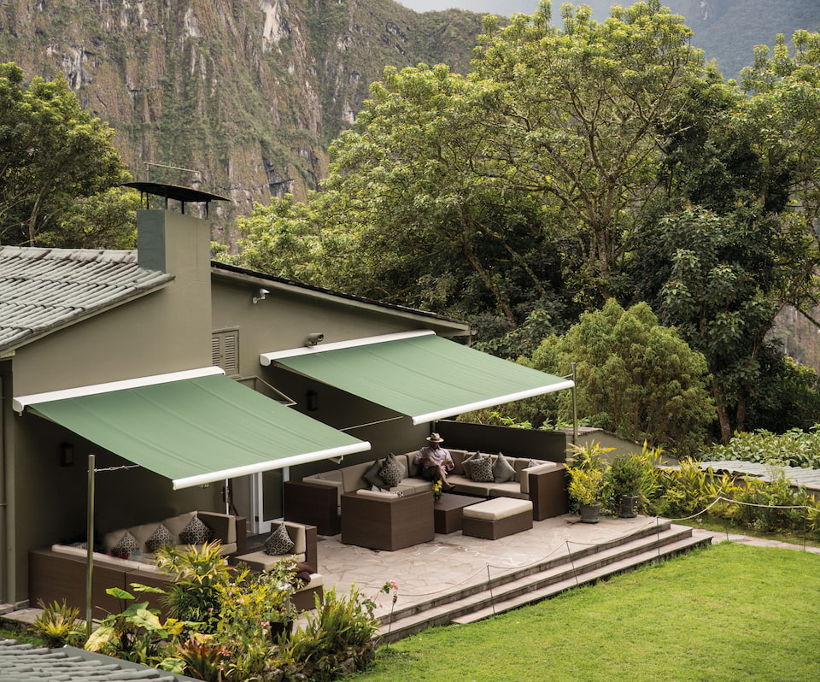 If you fancy staying longer, you can always overnight at the five-star Machu Picchu Belmond Sanctuary Lodge. Otherwise, head back to Aguas Calientes for the return train journey to Cusco - and more tantalising food and drink. As well as pisco sour – a concoction of brandy, bitter lemon juice, egg white and sugar syrup - you'll be served a four-course twilight meal. Packed with Andean produce, the choices change with the seasons, but you should expect stuff like tenderloin beef medallion with oyster mushrooms, Pumahuancas salt-crusted trout or Kiwicha caviar - oh, and another glass or two of Peruvian wine.

Afterwards, you may wish to head to the bar for live guitar and tambourine tunes. Or you can sink back in your seat, reflect on this once-in-a-lifetime adventure and indulge in a well-earned nap.

Cunard Announces Partnerships with Iconic Australian Brands for Season Down Under

The Ultimate Day in Paris 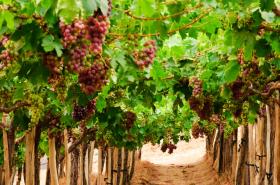 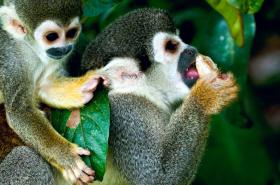 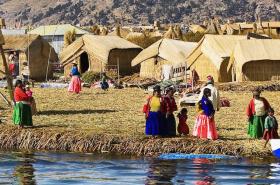 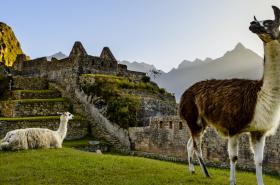 Find the True Meaning of Travel in Peru
South America