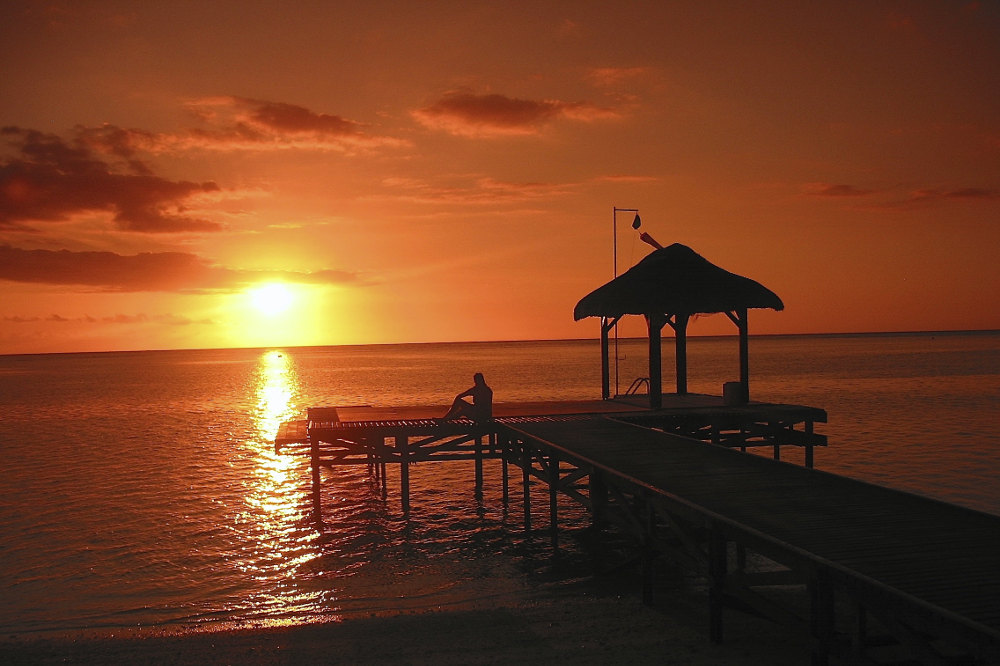 Time To Reflect In Mauritius

On reaching Mauritius, I may as well have washed in on the tide, I felt so fragile. My body had been pounded by long road trips in India; drained by lack of sleep and battered by jet lag. But by the time we arrived at the beautiful Tamassa Resort in the south of the island, my busy schedule had evaporated as quickly as the rain steams dry after the short showers that sprinkle this lush oasis.

My guide, Khurseed, told me to rest while we drove through refreshingly empty roads, past verdant sugar canes, pineapple plantations, sleepy villages and scarlet-red flame trees – the island’s natural Christmas decorations. On the horizon, craggy mountains pierced wispy clouds in the sky.

I headed straight for the sunbed on the pristine sands lapped by turquoise water. Slowly, with the warm sun massaging my tired and aching muscles, all my tension began to ebb away as I relaxed for the first time in weeks, listening to the lulling waves crashing on the distant coral reef, the sing-song of murmuring French accents, and the chatter of palm trees rustling in the sea breeze.

Mark Twain was spot on with his description of the island way back in 1896 – this was heaven on Earth.

As I drifted in and out of consciousness, I reflected on my 50 at 50 trip so far. The blissful calm of this afternoon was right up there with my most relished experiences.

It was on a par with my first high in Rio on Sugar Loaf Mountain and hovering in a helicopter over the city; it felt as much of a rush as the gushing roar of Iguassu Falls and was as comforting as my second home, Sydney, where I’d been cosseted catching up with old friends.

India had been both the best and the worst. There had been the romance of being reunited with my husband, Simon, and sharing special experiences, such as the majestic Taj Mahal and the Amber Fort with its brightly painted elephants, and the opulent palace hotels.

Yet it had also been the most stressful – encountering extreme poverty, chaos and squalor.

I had loved laughing with my husband and dining together but now that he’d gone back to Yorkshire, I suddenly felt very alone. I missed my family and friends and craved the affection of our little dog, Minnie, more than I ever had before.

Twitter was fun for keeping in touch using 'wee fee' as they called it here but I intended to make good use of the quirky hotel phone booth that allowed calls home for free.

Visit nearby Madagascar: Cruise Your Way Around The Indian Ocean

Or hop over to Africa for the great migration: Masterworks Of Nature

As the sun set a vivid red, streaking the horizon with bold strokes of pinks, crimsons and flaming orange, I savoured the scene. I realised I’d barely had time to draw breath and yet sometimes, the most memorable moments are when time stands still and nature displays her naked beauty.

More of nature’s bounty was to be enjoyed on a Dolphin Discovery catamaran cruise two days later. A pod of spinner dolphins somersaulted in the surf as the paparazzi on board all tried in vain to capture their silvery twirls and pirouettes.

Up above – a rare phenomenon – a circular rainbow created a shimmering halo around the sun, like a crowning of Paradise. The passengers all “oohed” and “aahed” and agreed we’d never seen anything like it before.

The following morning, I splashed through the spray of Le Morne Beach on horseback. As we galloped along the sand, keeping abreast of rearing and bucking kite surfers, it felt as exhilarating as my summer holidays as a child, with my pony at the seaside.

Paddling in the water and chasing colourful fish, I felt like I was recapturing my youth. Relaxed and rejuvenated, I was finally all set to continue my 50-day journey.

This article was written by Bridget Mcgrouther from The Daily Telegraph and was legally licensed through the NewsCred publisher network.