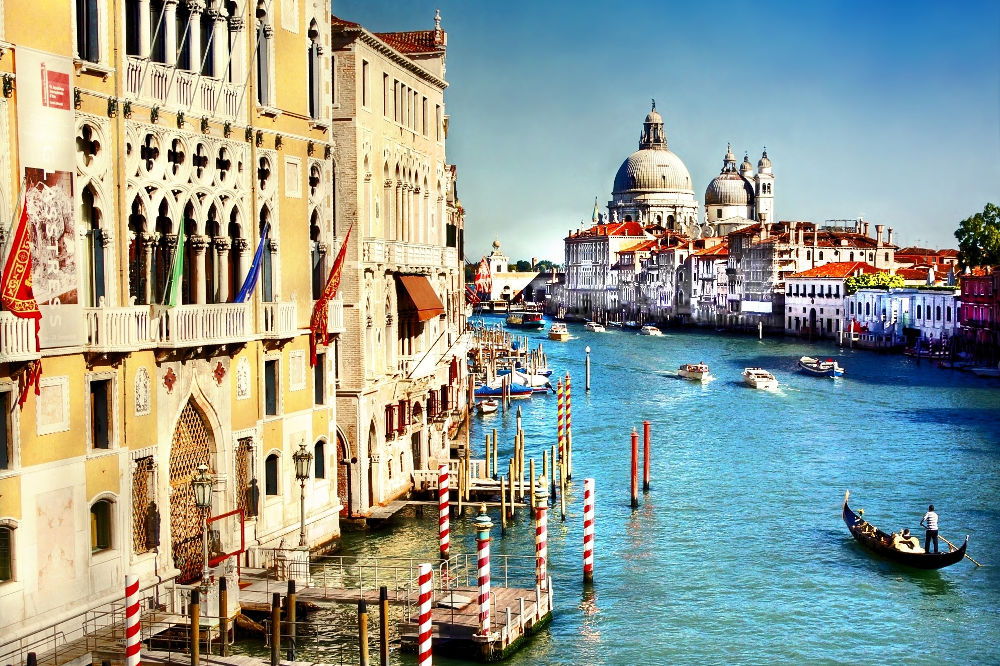 TRAVEL BLOG Gondola In Venice Vs Sea Canoe In Phuket

Gondola In Venice Vs Sea Canoe In Phuket

While travellers with wanderlust in their veins usually spend most of their time planning what to do on land, there are a multitude of waterside adventures awaiting your next jaunt around the world.

Some destinations are simply better seen by boat such as Venice and Phuket. You can't gain a true appreciation for the majesty of the historic architecture of Venice if you don't cruise the canals on a gondola, and the breathtaking visual splendour of the islands around Phang Nga Bay are best admired from a sea canoe.

Find out everything about sailing these spots and be sure to experience the joys of both during your next Europe or Asia holiday.

Venice is one of the world's most charming and unique cities, replete with a rich history that can be traced back centuries. The Palazzo Ducale or Doge's Palace in San Marco Square has been a staple of the city skyline since it's construction began in 814 AD. Nearby, the steeple of the divine Basilica of Saint Mark, a church built to honour the patron saint of Venice, reaches for the sky.

These two are perhaps the most famous Venetian buildings and both are built along the Grand Canal. Many of the city's iconic architectural landmarks face this waterway: Basilica di Santa Maria della Salute, Palazzo Venier dei Leoni and the Campanile to name a few.

Sightseeing via gondola is an excellent way to experience the bigger picture and get up close to the detailed architecture. From a gondola, you can see down the canal towards row upon row of Heritage-listed buildings, as well as as sail directly next to the stonework – you can literally run your fingers along the buildings in the narrower canals.

Gondolas disembarking from San Marco Square travel directly beneath the Bridge of Sighs, built during the 17th century. The bridge connected the Old Prison and interrogation rooms in the Doge's Palace to the New Prison, where criminals were executed. Legend states their final breath and resigned sighing about their doomed fate is where the bridge got its name.

You can also hop on board a gondola near the base of Rialto Bridge, which offers access to more inner-city canals that meander along the cobblestoned streets and dip under smaller bridges. The gondolier will likely be crooning a song in between offering a guide to the sights.

Comprising a plethora of small islands made of limestone karsts, including the famous James Bond Island that juts out of the water like a tropical iceberg, Phang Nga Bay is best navigated by canoe.

Some tours and Thailand packages for the bay provide a guide who rows the canoe for you, taking you directly below natural crystalline limestone sea caves (called 'hongs') formed inside the islands (some are nearly 450 million years old).

Without a guide, you can still row yourself into the caves. Be sure to watch your head, as some of the rocky stalactite formations hang very low! Once your canoe noses out the other end, you're greeted by lush emerald green bush and shrubbery growing all over the tops of the islands.

Those keen to jump into the Andaman Sea will find the water refreshingly warm. There's also plenty of marine life and colourful schools of fish around Phang Nga Bay. Snorkel beside them or spot them from your sea canoe.

Sea canoeing in Phuket is possible year round, even during rain season. It's best to stay on land if the rain is heavy, but lighter rainfall makes the stalactites sparkle like jewels inside the limestone caves.

Your Cheat Sheet For Eating Out In Lyon