Behind the shiny facade of one of the world’s most modern cities, something is rotten. And it’s not just the durian – a Southeast Asian fruit described as the world’s stinkiest fruit with a potent smell of ‘rotten mushy onions’. The ‘strongly aromatic’ fruit was once the concealment receptacle of choice during Hong Kong’s drug trade heyday – a tidbit offered by co-founder of tonight’s Good Evening Kowloon walking tour, Paul Chan. 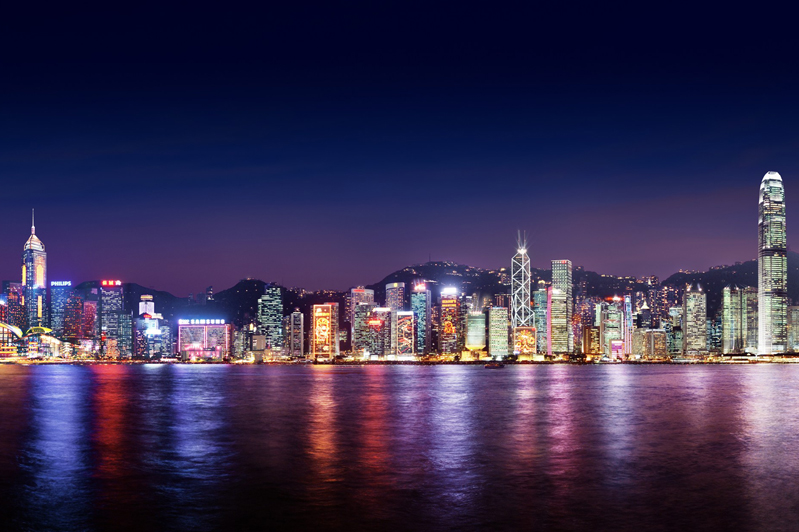 View across Victoria Harbour from Kowloon by night. Image: Hong Kong Tourism Board.

Our diminutive guide takes a while to warm to his subject, regaling us with facts and features about the historic Red Brick Building on Waterloo Road, which was built in 1895, while an elderly stallholder across the street fans burning paper money in the gutter for good luck. But it’s the next stop that grabs our attention and really peels back the layers of yesteryear Kowloon.

Throughout the tour, Paul demonstrates his affinity for the idiosyncratic district where he grew up, his commentary interwoven with his impressive research on the subject matter. 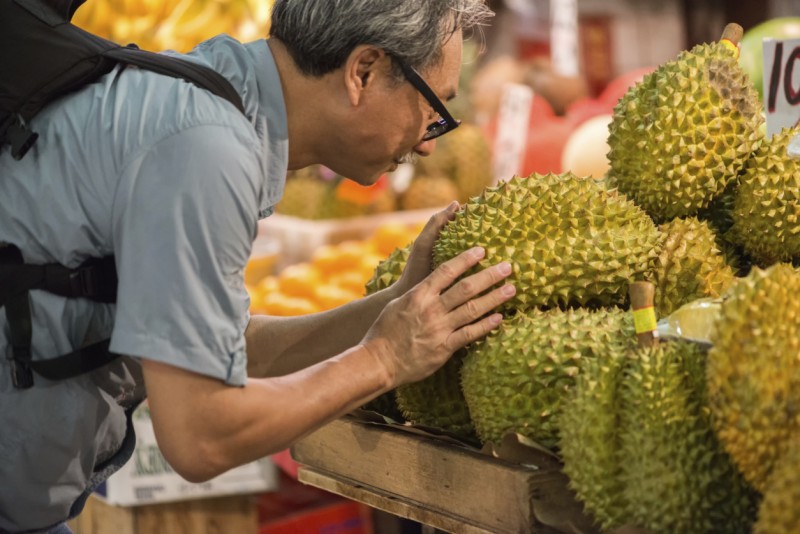 Our interest now piqued, the next stop on the walking tour is the century-old Yau Ma Tei Wholesale Market, which trades solely in fruit and operates at night with the busiest period from 4am to 6am.

When we arrive, the fruit market is still setting up, colourful produce displayed amid crumbling buildings with broken mosaics, red lamp posts and trees twisting their way through windows to greet the sky.

Staying on the darker tip: 10 Grand Hotels With Dark History

Dogs stretch languidly, regarding us with lazy interest, as Paul explains how this market was once home to Hong Kong’s drug trade that led to the Independent Commission Against Corruption (ICAC) in the ‘70s. Durian was used to hide the heroin, brothels were plentiful, police took ‘tea money’ bribes and the market was a definite no-go zone.

Appetite whetted for more than juicy gossip, we press on past the Temple Street Night Market to local diner Mido Cafe. Established in 1950, Mido Cafe is the oldest ‘tea cafe’ in the city, serving up comfort food, Hong Kong-style, blending Western and Chinese cuisines into dishes such as baked spareribs rice, topped with a creamy tomato sauce, and washed down with lemon tea or lemon Coke in classic glass bottles.

The unfussy diner-style exterior and traditional tiled interior provide a true local experience – note the vintage cash register upstairs. Be aware however that photos are a no-no – Paul will clue you in on the owner’s salubrious past! 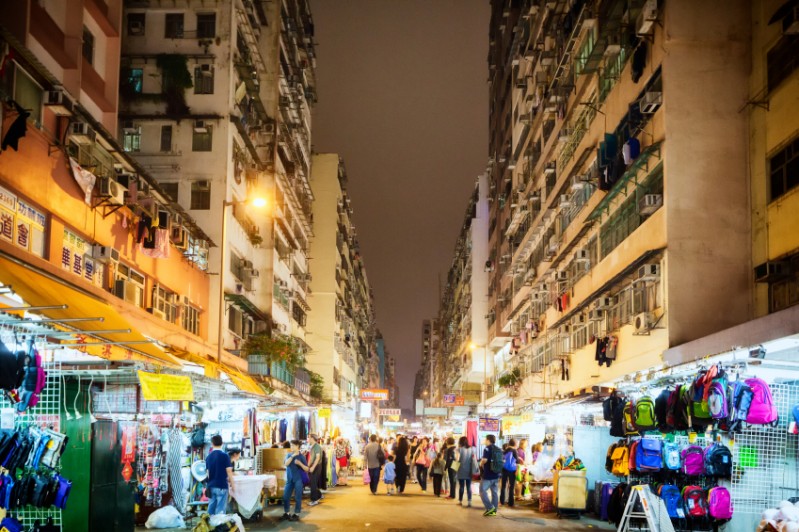 More colourful characters inhabit our next stop, a local singing parlour. The nondescript shopfront reveals an old-school Canto-pop karaoke cafe that’s a riot of red, disco lights and Saturday-night finery. Pull up a chair, pour a glass of lager and enjoy the live singing performances backed by a band. You may not understand what’s going on, but you’ll definitely have a good time!

Talking of songbirds, later there’s also the opportunity to have your fortune told by a psychic of the avian variety outside Tin Hau Temple – another only-in-Kowloon moment.

The final stop puts this intriguing traditional corner of Hong Kong into context – a secret photo spot that captures all the colour, life and history of Kowloon in the one perfect snapshot. But you’ll have to do the tour to experience it all.