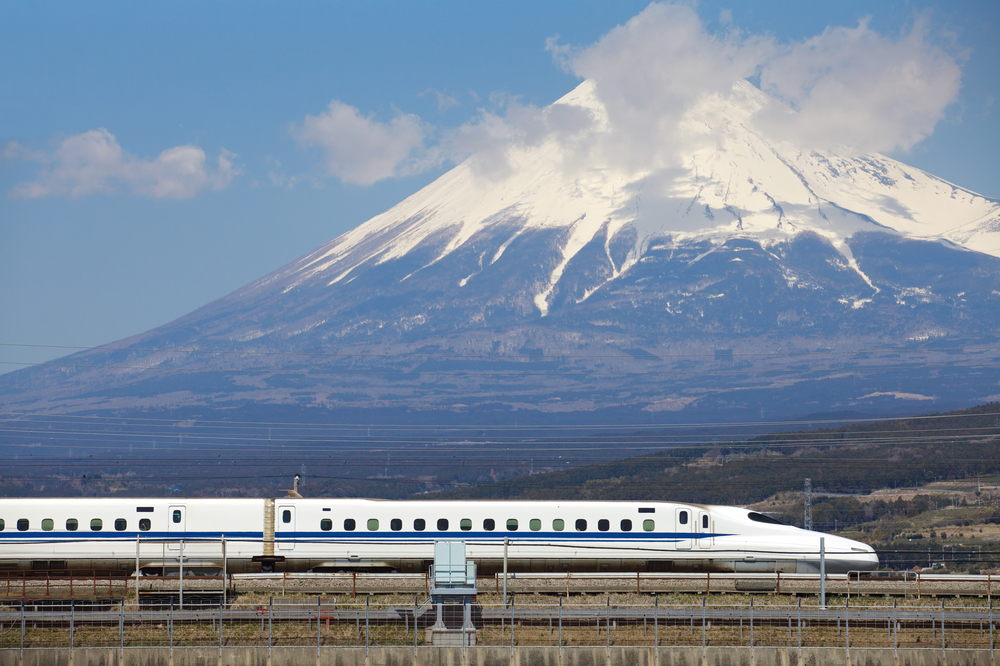 TRAVEL BLOG On Board The World's Extreme Railways

On Board The World's Extreme Railways

I should have known filming the very first of the Extreme Railways programs when our train in the Congo was six days late – yes that’s six days – and we then broke down in a tunnel in the middle of the night, that it was going to be an extraordinarily difficult series to make. Having just completed the second series, things haven’t got any easier.

I’m fascinated not so much by trains but the railways of the world, the hardships that people went through to build them over some of the most difficult and dangerous terrain on the planet, and what an incredible difference they make to the lives of the millions of people that the railways serve.

It took us 18 months to film Chris Tarrant: Extreme Railways; we travelled something in excess of 112,600 kilometres from the far west coast of Chile to the east of Japan.

In Cuba, we went by a motley selection of trains right across the island from Havana to Guantanamo Bay – many of them falling apart because of the US embargo on all goods since the 1960s. Cubans are extraordinarily resourceful and somehow keep their railway systems going although they have had no spares or raw materials for more than 50 years.

We filmed at the level crossing where Che Guevara and a handful of men famously routed a large force of government troops and we talked to many survivors who triumphed over the Americans at the Bay of Pigs invasion in 1961.

We travelled from Moscow to the extreme north of Siberia, well above the Arctic Circle, on Stalin’s 'railway of death', built over the graves of many of the tens of thousands of men who died building his Transpolar Railway line, in temperatures of minus 60C or more – the landscape is bleak but beautiful.

From the coast of Chile we travelled with miners across Bolivia, a breathtaking journey, high up across the salt plains of the Atacama Desert. At one point we had to get out with shovels and dig the rail lines clear of fallen rocks so that we could continue our slippery crawl over the Andes.

We climbed precariously to more than 4,270 metres, where altitude sickness gave all of the crew problems. The cameraman had to be resuscitated with oxygen.

We travelled into Burma from Thailand following the course of another Death Railway built by the Japanese in the Second World War at a cost of thousands of British prisoners’ lives, then made our way to Mandalay. It is the bumpiest railway in the world.

Filming or even speaking became almost impossible as we were constantly thrown off our seats sometimes several metres into the air. It wasn’t an easy day to be a cameraman but then few days were.

In Canada, we travelled high up over the Rocky Mountains and down to Vancouver. At one point we took a helicopter, with me holding sticks of dynamite to throw out on to the snow to clear a potential avalanche.

Without doubt, though, the most impressive of all the railway systems was in Japan. We went right across the island from Nagasaki to more thick snow at Aomori through an area where they have had many derailments caused by flooding or rock fall.

It was unforgettable. Tokyo Station handles 3.5 million passengers every day; it is a madhouse but under complete control.

In Hiroshima, we talked to a wonderful, 81-year-old woman who was 15 when the atom bomb hit. She remembers the blast, and her whole bus vaporised. She emerged from the rubble to find her city had disappeared.

By complete contrast at Kishi, the stationmaster is Tama the cat – complete with little stationmaster’s hat – and people come from all over Asia to pay their respects. Women screaming “We love Tama, we love Tama” were everywhere.

You can buy Tama key rings, Tama mugs, Tama T-shirts. You can even eat Hot Cat, which is mercifully not cat at all but catfish.

When Tama actually appears, it’s like One Direction mania. It’s PR, but it works to the tune of $A13 million a year.

The railway system there is dominated by the magnificent shinkansen (bullet) trains. They look like Concorde and are some of the fastest trains on earth.

At one point our train clocked 335 kilometres per hour, yet we could talk quietly and our cups of coffee didn’t shake at all. If you stand on a platform when a bullet train is going through, the power is wonderful, and the sound arrives after the train has gone.

The system is ultra efficient – if a train is even 30 seconds late on a Japanese railway, the driver is probably fined. If it is a minute late, he is almost certainly sacked.

Harsh, but every train we got in Japan was exactly on time. When I returned home I had to travel up to Manchester the next day. The train was over an hour late because of 'engineering work'.

This article was written by Chris Tarrant from The Daily Telegraph and was legally licensed through the NewsCred publisher network.