In 2010 the world watched in awe as the volcano Eyjafjallajökull erupted. It caused widespread disruption to air traffic across Europe and sparked a worldwide fascination with the small volcanic island of Iceland in the far north Atlantic just below the Arctic Circle.

A country unlike any other, travellers have been flocking to Iceland in greater numbers ever since, and thanks to an expertly targeted tourism campaign and some helpful cameos in popular TV shows and movies, those numbers show no sign of slowing down. A country with a deep history, intriguing culture, lovely locals and dramatic landscapes, it’s easy to see why Iceland is so popular. Here are 10 reasons why it’s on everyone’s bucket list right now. 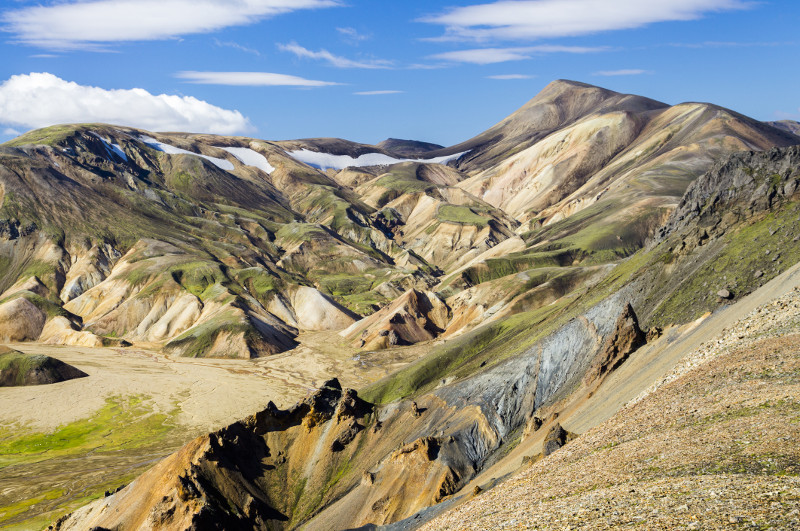 The dramatic landscapes of Iceland will make you feel as if you’re on another planet. Taking a road trip through the country proves difficult, because around every bend in the road lies another unforgettably photogenic vista. From mountains dusted in snow looming over green hills and meadows to the jagged rock formations, cliffs and black sand beaches that make up the coast line, Iceland is a landscape like no other.

Not only is it now a regular shooting location for the fantasy TV show Game of Thrones, but Apollo astronauts also trained in the highlands of the country in the 1960s, getting used to recognising geological structures similar to those found on the moon. 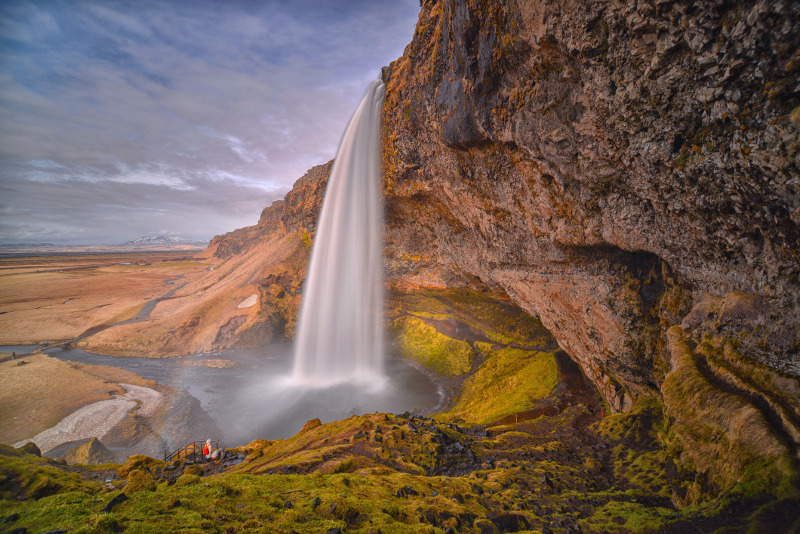 Waterfalls dot the landscape of Iceland, shooting out over high cliffs and drawing people to them with their majestic beauty and raw power. Many of these can be found at the edge of the former coastline, gushing down from what are now the highlands of the country.

The most popular waterfall in Iceland is Gulfoss, lying at the end of the Golden Circle route close to Reykjavik. In the south, walk around behind Seljalandsfoss as it drops off of the highland cliffs, and be dwarfed by the giant Skogafoss. Dettifoss rules the north, the most powerful waterfall in all of Europe, and Dynjandi is the crown jewel of the Western Fjords, rollicking over a series of hills that looks like a giant’s staircase. 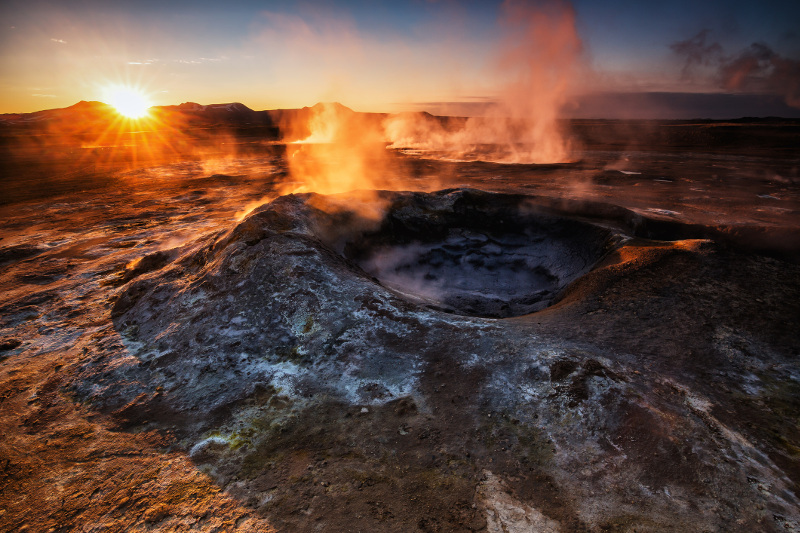 Hverir, east of Mt. Namafjall, is one of the high temperature areas in Iceland

Thanks to its geographical position over the Mid-Atlantic Ridge, there are a number of active and inactive volcanoes across Iceland, 130 all told. The eruption of Eyjafjallajökull was what put Iceland on the map, but there are much more dangerous and violent volcanoes on the island. In 1783-1784 an eruption from Laki was so destructive that 9350 people perished thanks to changes in climate and poisoning of food sources – a quarter of the then Icelandic population. It also caused a drop in global temperatures by a few degrees. No mean feat.

It’s not likely that you’ll get to experience a volcanic eruption while in Iceland, but you can take expeditions to see them either by hiking or a flying over. But for a really special experience, you can enter the magma chamber of the dormant volcano called Thrihnukagigur, the only tour of its kind in the world. 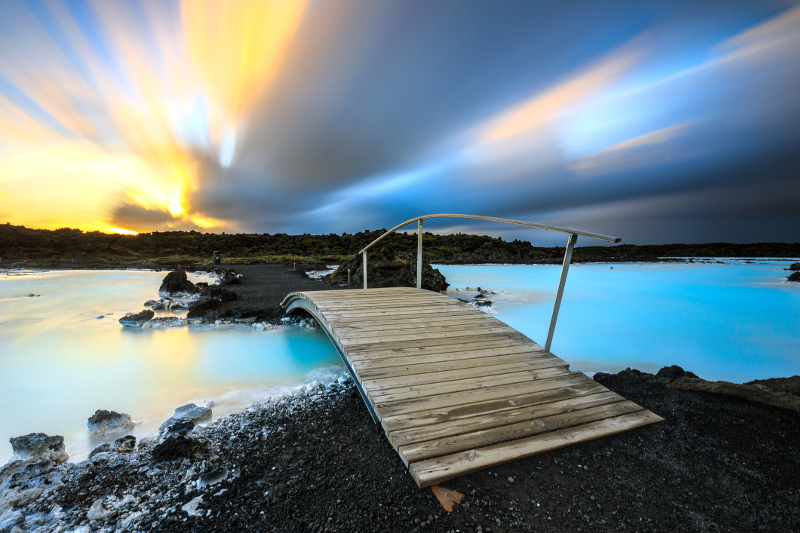 Thanks to the volcanic systems beneath the surface, Icelanders enjoy geothermal hot springs in many areas across the country. Almost everyone has heard of the Blue Lagoon, but there’s an almost endless supply of steamy hot pots, rivers and springs bubbling forth from underneath the ground, creating idyllic spots to bathe outdoors in any kind of weather and soak up the gorgeous Icelandic nature. Even the swimming pools in the towns are heated, and if you head there in the morning before work you’ll often find locals discussing current events in the hot pots. 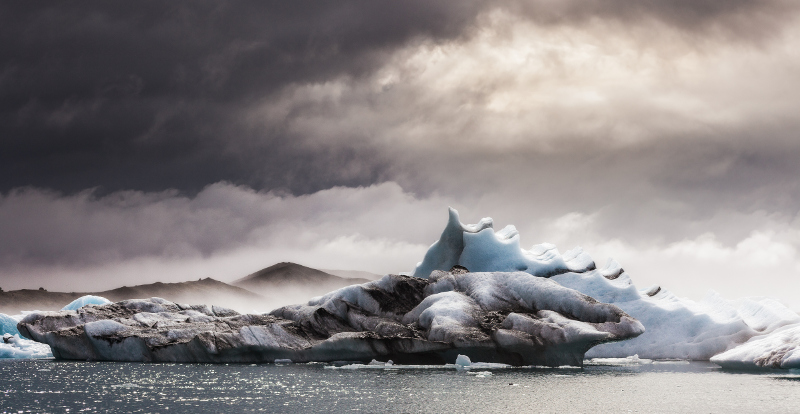 The ancient glaciers of Iceland cover more than 10% of the country, and include the largest glacier in Europe, Vatnajökull. The ever shifting glaciers create ravines, crevices and tunnels as the tongues slowly creep down from the interior of the country. Tours can take you on hikes, snowmobiling or even dog sledding on top of these behemoths.

The Jökulsárlón glacier lagoon is one of the best sights in Iceland, where you see a chaotic ensemble of glacier chunks slowly floating their way out to sea. It’s also here where you can head on into the glacier on an ice cave tour.

Chasing the world's most fabulous show?: How To Find the Northern Lights in Iceland

Thanks to its position just south of the Arctic Circle, summer in Iceland means long days of sunshine. Summer solstice, around the 21st of June, boasts the longest days, where you can still see the sun at midnight. Dipping just below the horizon for a few hours, summer is the best time for exploring thanks to the long hours and constant light allowing you to continue your adventures long into the evening. It also makes for some amazing photos. 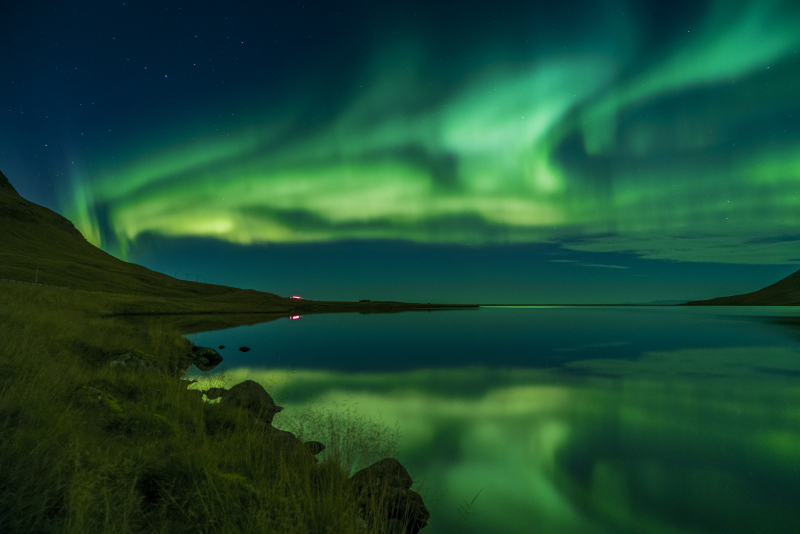 The Northern Lights can be elusive, but the climate and altitude of Iceland maximise your chances of a viewing

Perhaps one of the biggest draw cards for Iceland is presence of the northern lights. Visible from September through to April, when the elusive lights make an appearance they dance across the sky in vibrant displays of greens, and on a good night, shades of purples, pinks and whites.

Remember to always keep your eyes on the sky during the winter, but try not to be disappointed if you don’t see them. A lot of factors make up the right conditions for the lights to appear, including weather patterns, clear skies and temperatures, so if they do appear consider it a bonus to your already amazing trip around Iceland.

The entrance of a crystal ice cave in Vatnajokull Glacier

How many times have you arrived at a destination only to be annoyed at the thousand other people there as well? Another of the biggest appeals of Iceland is the promise of isolation. People keen to experience off the beaten track adventures arrive every day, jetting off into the countryside to discover something that no one else has seen before. Despite almost 2 million visitors to Iceland in 2016, you’re still able to find some peace and tranquillity away from the tourist masses.

The northernmost capital city in the world, and home to the majority of Iceland’s small population, is Reykjavik. Surprisingly cosmopolitan for what is essentially just a big town, the city boasts a wide range of attractions, art galleries, museums, restaurants and bars. It’s a quirky place full of colourful buildings, friendly locals and unique sights. Make sure to check out the view from the top of Hallgrímskirkja church and pick up a hand-made Icelandic woollen sweater as a souvenir, known as a lopapeysa. 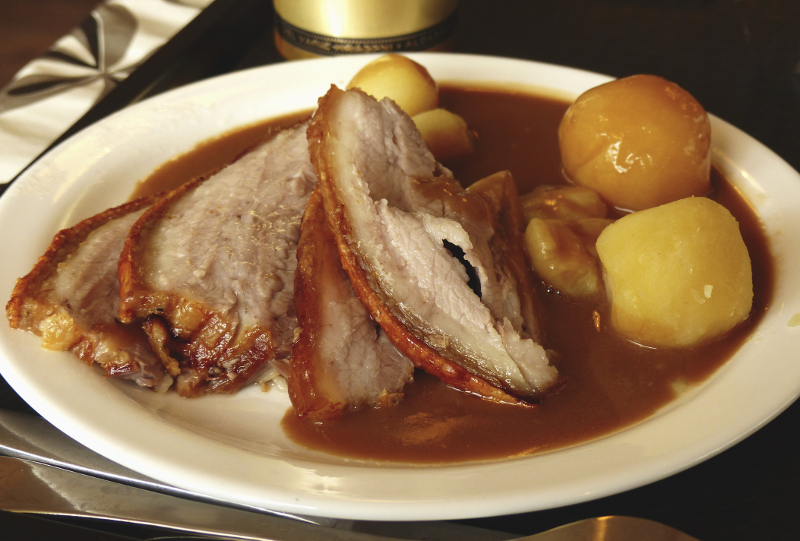 Icelandic lambs are not fed grains or given hormones ensuring a lean, tender and flavoursome meat

Iceland is a leading player in the Nordic food revolution, with new restaurants alongside the old stalwarts of the city putting modern twists on the traditional Icelandic food and local ingredients.

Seafood from the Atlantic plays a big part in the dishes, serving up trout, arctic char, and salmon among many others. Not to miss out on is the rye bread cooked underground using geothermal heat, and the famous Icelandic lamb.

If you’ve ever fancied trying whale, puffin or reindeer – this is the place to do it. For the even more adventurous foodie, the traditional food includes fermented shark, sour ram’s testicles and sheep’s head, to name a few.