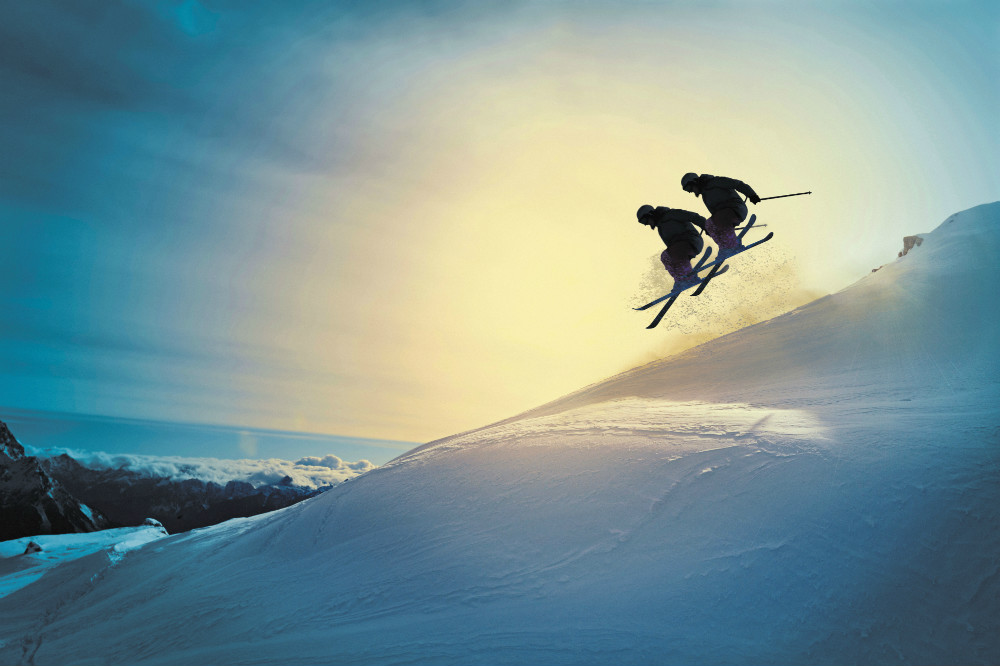 Unsure whether to hit the ski slopes of Europe or North America? Let's play spot the difference to help you decide.

It’s as easy to fall into generalisations about the contrasting ski experiences in Europe and North America as it is for a beginner to fall off a T-bar. But although there are always exceptions, there are nevertheless significant overall differences in the ski scenes between the two continents.

Lie of the land

Skiing and snowboarding in the Alps appears more intimidating than skiing in the Rockies. The mountains are steeper and more rugged, many runs lie above the tree line, and off-piste skiing is strictly for the experienced.

In North America, you ski mostly on rounded hills, even in places deep in the Colorado Rockies, such as Breckenridge, Aspen or Vail. Much skiing is below the tree line, and beginner and intermediate skiers will find ample runs to keep them safe and satisfied.

American resorts average vertical drops of between 450 and 750 metres. The greatest (Big Sky in Montana and Jackson Hole in Wyoming) claim around 1220 metres. You can expect a lot more than that in Europe: over 1800 metres in places such as Davos in Switzerland, Cortina in Italy and Les Arcs in France.

Few places in North America have the demanding chutes and powder bowls of Chamonix in France, one of Europe’s most challenging resorts, though ski fields such as Mammoth Mountain in California and Jackson Hole certainly give proficient skiers a workout. Runs on Vail’s Back Bowls are mostly rated black diamond and (unusually) are treeless.

North America has better snow, though some years buck the trend. Europe faces dwindling snows and shorter seasons thanks to global warming and is increasingly relying on snow-making technologies.

If you’re a powder hound, you could hardly beat Colorado resorts such as Aspen and Vail for lighter, less wet ‘champagne’ powder dumps, even late in the season. But hit the runs early if you want to be ankle-deep in fresh snow: most slopes get quickly and immaculately groomed. 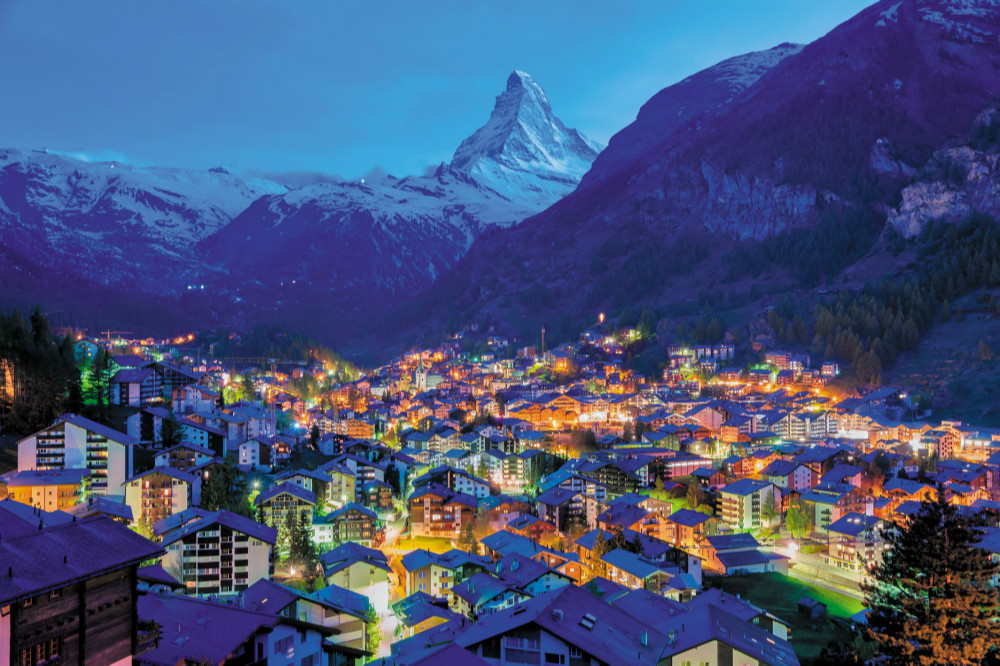 The ski experience is far less crowded in North America, especially in the west since, with a few exceptions such as Vail (which gets weekend day visitors from Denver), resorts are far from big cities.

Lift queues, if any, are polite and orderly. In Europe you’d best be prepared with sharp elbows and an aggressive forward shuffle. Slopes at weekends and during school holidays can be jammed, which may unnerve beginners. Happy Valley for example, which funnels skiers from mountaintop into St Anton village at day’s end, can be notoriously crowded.

Lift tickets barely drop their per-day rate in the USA, so you get better value in Europe over multiple days. Some North American resorts do share tickets (such as Vail, Beaver Creek and Breckenridge in Colorado) but aren’t physically connected by lift.

While some resorts are rectifying this (Park City and Canyons Resort in Utah will be connected from next season), the Europeans are better about interconnecting their resorts on the same ticket, such as Portes du Soleil and Les Trois Vallees in France, which links more than 200 and 180 lifts respectively to provide some of the world’s largest ski areas.

Various resorts in western Austria (St Anton, Lech, St Christoph and others) do the same; you can ski the ‘White Ring’ there and never have to take the same lift twice.

For the skiiers only: Deer Valley's Stein Eriksen Lodge

For ski-in ski-out convenience, head to Europe. Most accommodation in North America is a short drive from lifts. European resorts are prettier, often with old village cores, cute chalets and a distinctive local culture and cuisine.

There are exceptions: France has its fair share of 1960s concrete ski resorts, while Aspen and Breckenridge boast an interesting history and heritage facades. Telluride, also in Colorado, comes close to resembling a European resort thanks to its charm, great restaurants and mountain scenery.

Nobody does service better than North Americans: expect smiling lift attendants, ski ambassadors to point you in the right direction on the slopes, and staff handing out free cookies, packets of tissues and muesli bars.

If skiing or boarding isn’t the only thing you’re after while on holiday, then Europe is for foodies. Independent restaurants provide variety and competition, and you can sit down even on the slopes and get a sophisticated, unhurried meal accompanied by a glass of wine.

Don’t expect much more than on-slope burgers and fries in North America, where resort facilities are often controlled by single corporations. In fairness, this is now changing in bigger resorts such as Vail or Whistler in Canada, which have impressive dining scenes. 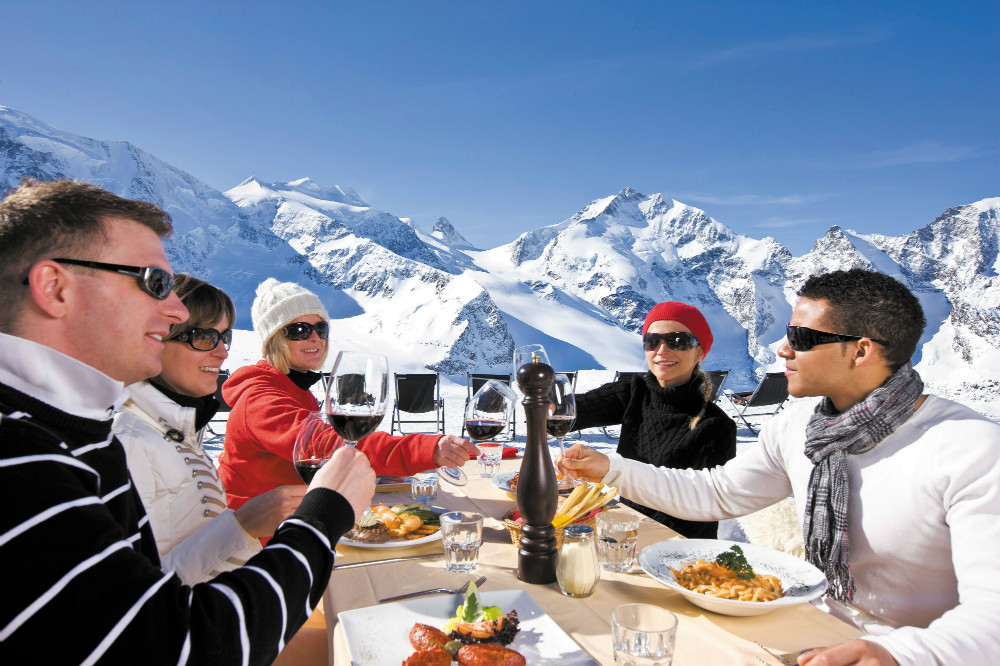 Finally, there’s a big cultural difference in attitude towards ski holidays. European skiers like their long lunches, sunbathing on terraces and most of all their apres-ski. There’s nowhere in North America (except perhaps Whistler) that can compete with the likes of Val d’Isere and St Anton for apres-ski shenanigans.

Overall, Europeans see skiing as a relaxed and sociable activity enjoyed with friends and will return to their favourite resort year after year.

North Americans tend to see skiing as a sporting challenge, epitomised in Vail Resorts’ Epic Mix pass, which can electronically track your vertical metres and number of runs and post them on social media.

Different resorts must be conquered. First tracks are always enthusiastically sought out, while Europeans are still abed nursing their hangovers from a long night of clubbing. If you’re a keen skier in Europe, head out early morning or over lunchtimes for uncrowded runs.

But why choose? The ski experience on both continents is first class, so you’d best do your own comparison by enjoying the pleasures of both.